We've Gone From Renewable To Intermittent -- If Truth Be Told, The Best Adjective For Wind, Solar: Unreliable -- As California Is Finding Out -- April 3, 2016


Besides having the most expensive electricity west of the Mississippi River in the continental U.S., California already has the least reliable electricity. California easily leads the nation with nearly 470 power outages a year, compared to 160 for second place Texas, which is really amazing because Texas produces 125% MORE electricity! .

California’s reliability problems will be multiplied as more wind and solar enter the power mix, intermittent resources located in remote areas that cannot be so easily transported to cities via the grid.

In future, California confronts a number of baseload power issues that could surge imports even more. Strangely, hydroelectric facilities greater than 30 megawatts don’t qualify as renewable under the state’s Renewable Portfolio Standard requirement. Both large and small hydro generation in California have plummeted over 60% in recent years.

The fact that wind/solar energy is "intermittent" was first pointed out on this site back on January 6, 2011.

It will be interesting to see when mainstream media starts referring to wind/solar energy is unreliable energy.
Posted by Bruce Oksol at 11:38 PM No comments:

For The Saudis, The World Is Moving Fast; Watch For The Saudis To "Depeg" The Riyal From The US Dollar -- April 3, 2016


April 4, 2016: Update on Saudi's biggest ever economic overhaul. The hammer is dropping.


The government is in talks with banks to raise about $10 billion through a syndicated loan, two people familiar with the matter said last month. While Al-Sheikh declined to confirm the details and the potential size of the deal, he said it will be followed by the kingdom’s first international dollar bond as early as September.

Original Post
After a full weekend of moving, I don't have much time to blog, but I want to get this posted for the time-stamp.

Some time ago, as an update to an earlier note, I posted:


June 22, 2015: long article in Atlantic Monthly. A lot of data. Bottom line, Saudi Arabia is likely to be a net oil importer by 2040. The linked article did not mention that Saudi Arabia has announced that the $109 billion solar program has been delayed for eight years. Saudi Arabia has a severe cash flow problem. They are betting they can cripple the US oil and gas industry. By the end of calendar year of 2016 we will know if Saudi Arabia was successful.

Saudi's export data here. In around numbers, Saudi produces 10 million bbls of crude oil daily and exports 75% of it.

I doubt Saudi Arabia will go from exporting 7.5 million bopd  to 0 bopd overnight. So when analysts suggest Saudi will be a net oil importer by 2040 suggests that soon, perhaps starting as early as 2020, we might start seeing a steady decline (albeit very slowly) of Saudi exports.

And that explains Saudi Arabia's recent announcement that they are looking to monetize their assets and looking to become a major midstream and major downstream player ... soon.

I posted that as an introduction to link this article being posted by Forbes which suggests that Saudi's last weapon in the crude oil price war may be "unpegging" the Saudi riyal to the US dollar.
Posted by Bruce Oksol at 9:25 PM No comments:

More folks in the United States have been killed in Amtrak train accidents since the Bakken boom began in 2007 than by CBR in the US. FoxNews is reporting:


Two construction workers were killed when an Amtrak train traveling from New York to Savannah, Ga., Sunday struck a backhoe that was on the tracks about 15 miles south of Philadelphia, Delaware County.

Being reported everywhere:
Spring flips back to winter in Boston
Posted by Bruce Oksol at 9:00 PM No comments:

Sophia has been a big help during the move. Here she is having another reward: Greek yogurt with blueberries and Oreos (and graham crackers on the side). 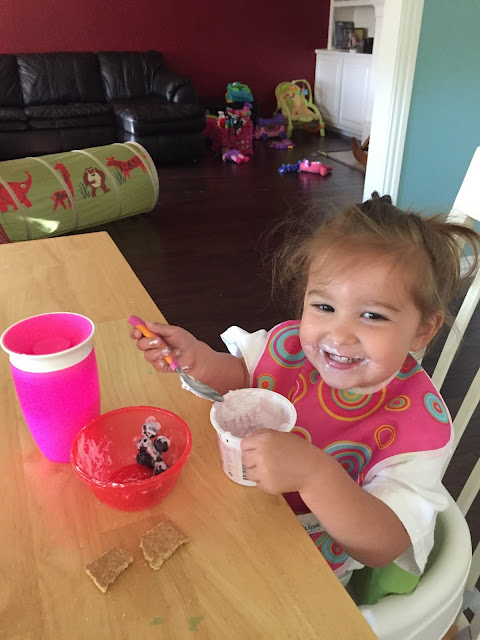 I apologize for the minimal blogging this weekend; I should be back to normal by mid-week -- another three or four days.

Sophia, just turning 21 months, I believe, has been a great help.  After we drop off the boxes and return to get more boxes, Sophia gets her reward -- a ride on the dolly: 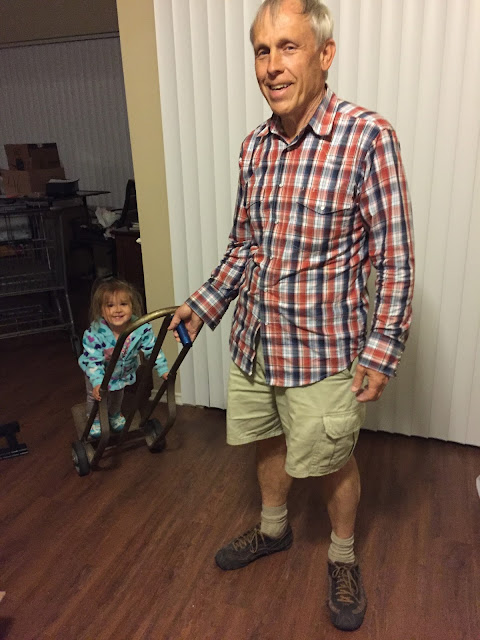 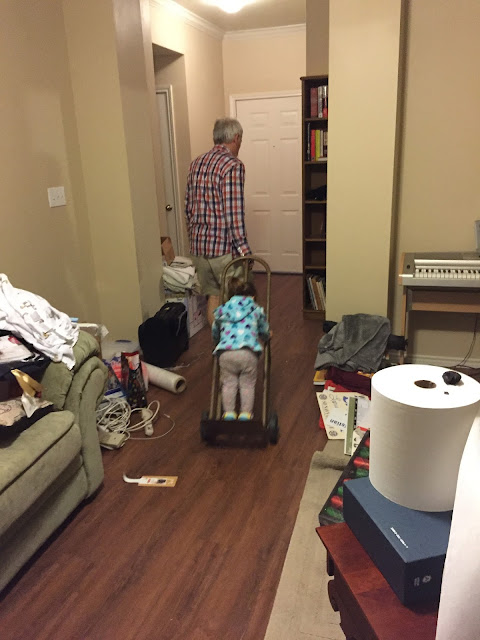 I apologize for her hair being out of place, but we are working hard, and are doing our best to keeping up appearances but her hair is always a challenge.
Posted by Bruce Oksol at 5:37 PM No comments:


Plans are moving forward to build the biggest new refinery in 40 years in the U.S. at a time when gasoline consumption is expected to break an all-time record in 2016. California-based Meridian Energy Group is expected to begin construction soon on the planned Davis Refinery in Belfield, North Dakota that would take advantage of the Bakken shale play and process up to 55,000 barrels of oil a day. The project comes on the heels of the 2015 opening of the 20,000-barrel-a-day Dakota Prairie Refinery that represented the nation's first new refinery since 1976.


A new health clinic is coming to Minot in August. Sanford Health is expanding its presence in northwest North Dakota by opening a family and specialty care clinic in Lakeside Plaza, near the North Hill Marketplace Foods location. The South Dakota-based healthcare provider already operates a walk-in clinic off the 2 and 52 bypass in Minot. Sanford reps say the new clinic will include 16 exam rooms and two procedure rooms -- and is expected to employ more than 50 people.

Temporary housing will continue in Tioga:


Temporary housing in Tioga appears to be safe for another year following a lively exchange at the Tioga City Commission meeting recently. Representatives of apartment owners and developers showed up to lobby the commission to shut down two RV parks seeking one-year renewals of their conditional use permits park owners.

Posted by Bruce Oksol at 4:31 AM No comments: