Another example. When this well came off the confidential list, no IP was reported, but it was reported as being on DRL status:
We now have production data but no IP; it is still on drl status:
Production, that 45K over 16 days extrapolates to 83,768 bbls in a 30-day month:


For the Joplin wells below, the parent well was:

Original Post
I mentioned this a month or so ago: it's going to be hard to keep track of wells coming off the confidential list or DUCs that don't report an IP -- see sidebar at the right.

Another example. This well was another DUC that when "reported as completed," did not report an IP or any production.
Now, we have production data, but no IP:

Posted by Bruce Oksol at 9:53 PM No comments:

I mentioned this a month or so ago: it's going to be hard to keep track of wells coming off the confidential list or DUCs that don't report an IP -- see sidebar at the right:

Here's a great example. On March 26, 2020, this well was a DUC reported as being completed, but no IP provided:
So, just on a whim, I checked the status of this well. The status: unchanged; still listed as SI/A. However, we now have some production data, and it looks like a great well. Note that all natural gas was sold in March, 2020. The Wahpeton wells are traced here:

WPX With Two New Permits; Five DUCs Reported But Most Remain In DRL/A Status -- May 1, 2020

Posted by Bruce Oksol at 3:08 PM No comments:

See completion strategies at sidebar at the right.

European sun-worshipers, especially British, French, and Spanish would know these islands wells, but until today, I never paid them any attention, the Balearic Islands: Majorca, Mallorca, Ibiza, and Formentera.

See goldfinger.
Posted by Bruce Oksol at 10:57 AM No comments: 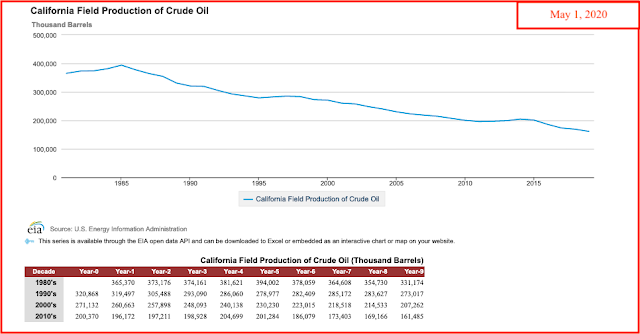 Notes From All Over, Mid-Morning Friday Edition -- Absolutely Nothing About Energy Or Viruses -- May 1, 2020

A very, very nice response to the 2019 study that suggested that North American has experienced a cumulative loss of 2.9 billion birds since 1970. It is purely coincidental, of course, that this article was posted at the same time the current issue of National Geographic is bemoaning the loss of so many insects. 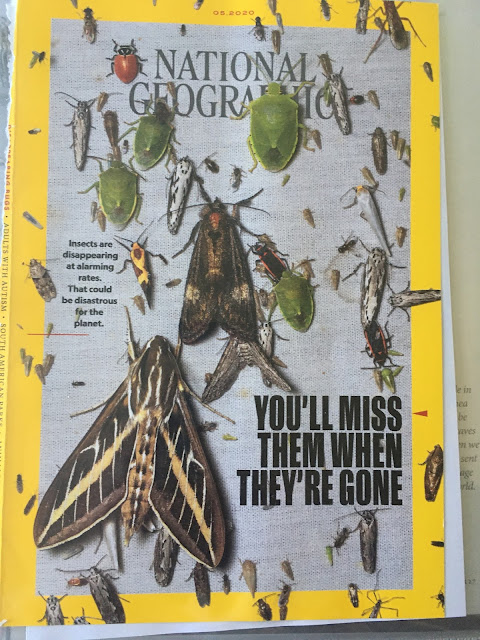 National Geographic carries little credibility with me any ever since the cover photo of the Statue of Liberty under water. That's when I ended my own subscription of the magazine. However, I continue to subscribe to it for the granddaughters. It comes to their house, under their name. But it appears they don't read it much any more -- mostly because they just have too many other things to do. So, I brought the current issue home with me to share with Sophia.

We turned to the article on animal locomotion first. She immediately identified the various animals (giraffe, elephant, cheetah) based on skeletal drawings only. I was surprised how quickly she identified those three, but was completely amazed that she picked out the cheetah as the cheetah. I do not recall studying the cheetah with her. I wonder if the cheetah is featured in Lion King or one of the other videos she watches. I forgot to ask. She would have told me. She is very, very observant and has a great memory, like most kids her age. What a great time to be alive.

We then moved on to the insect article, looking at the incredible photographs of the insects.

I read the article rather quickly. The one data point that struck out at me was the number of bugs that decreased in number due to man's effort to rid the world of some really, really nasty diseases. The author did not point that out -- of if it was pointed out, I missed it; if so, the author apparently did not want to "go there."

I had difficulty understanding why National Geographic would include a 20-page article on autism in this issue until I read the background of the author.

A reader sent me two incredible photos of a horned owl nesting atop a Saguaro cactus. Zoom in on the second photo to see the baby owl -- look for an eye and "an extra wing," as the reader said. 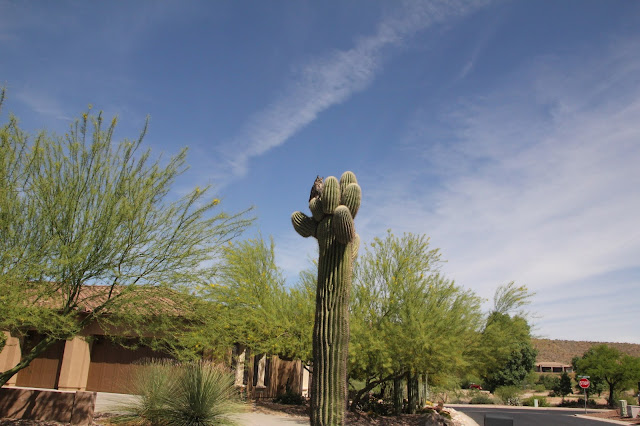 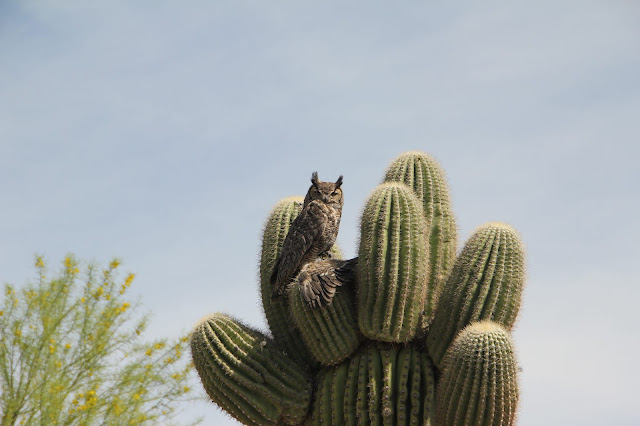 Back to that PowerLine article linked above. This is really, really cool and an example of why spending time with a five-year-old is so awesome.

A year ago I had never recognized a dark-eyed junco. I never knew such a thing existed. But because of Sophia I have been feeding the birds in her backyard and having fun identifying them. The cardinals (adult male, adult female, and juvenile) remain my favorite; I tolerate the bluejays; but I am thrilled I am able to identify the dark-eyed junco. [I was even more thrilled to spot a screech owl in Sophia's back yard the other night. But that's a story for another time.]

From the PowerLine article:


White-throated sparrows and dark-eyed juncos quickly colonize forest openings but then disappear within a few years as the forest recovers.

Those two species alone accounted for the loss of another quarter of a billion birds; not because of an ecosystem collapse, but because forests were reclaiming human altered habitat. Nonetheless those species are still 400 million strong, and juncos remain abundant in the open habitat maintained by suburban back yards. If environmentalists want to reclaim the abundance of their boom years, they must manage forest openings with logging or prescribed burns.

Isn't that interesting that dark-eyed juncos quickly colonize forest openings but then disappear within a few years as the forest recovers? They certainly seem to be popular and abundant in our neck of the woods (pun intended). It appears urban forests are their cup of tea, as they say.

There have been any number of articles on Apple discounting its larger iPad models. Here's another one.

The wi-fi-only model is quickly becoming America's mobile computer device that each member of the family will have for use at home.

I have one of the more recent models. Sophia, five years old, loves it so much, I'm thinking of getting one just for her. In addition to my own newer model, I still have an old second generation iPad -- must be almost ten years old and still meets my limited needs when reading in bed. The second generation iPad was released in March, 2011. Yup, just about ten-years-old.
Posted by Bruce Oksol at 9:37 AM No comments: 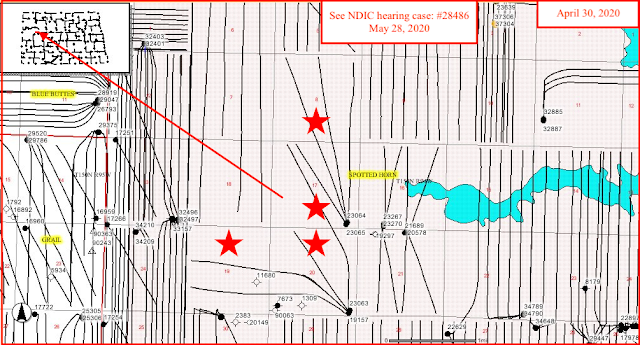