Just a reminder. Weekly updates come out on Sundays.
Posted by Bruce Oksol at 9:36 PM No comments:

I had forgotten this but stumbled across it looking for something else.

Meteorite impacts can create large reservoirs through fracturing and brecciation. Shock deformation can even produce reservoirs in crystalline rocks that are normally not considered a target for petroleum exploration. Hydrocarbons have been found at a number of impact structures and provide good guidelines for expecting oil production from the probable Bouscaren impact structure.

The Red Wing Creek area is south of the US Highway 85 between Alexander and Watford City, ND.

The well to which RMOJ was referring:
Sundry forms:
Recent production: 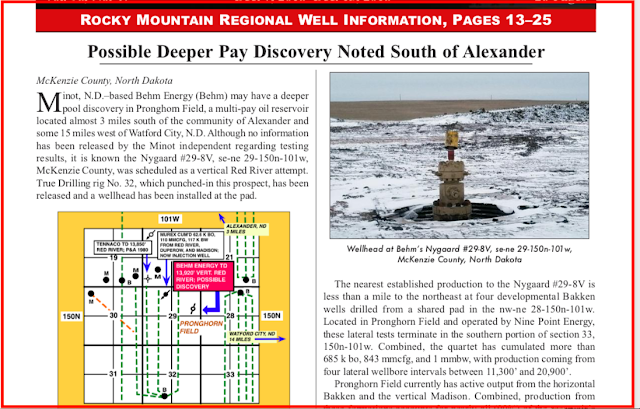 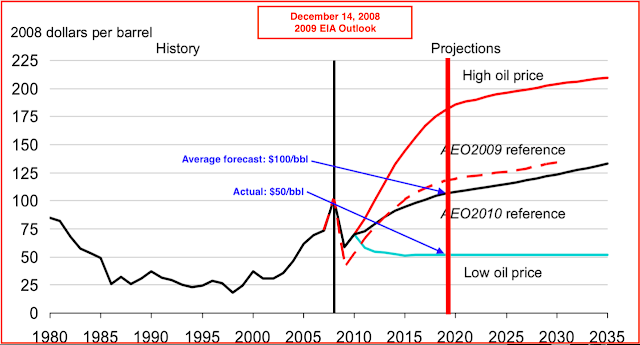 But we know to the tenth of a degree what the earth's temperature will be in a hundred years. And we have only eleven years to save the year (Beto). The science is settled.

By the way, that drought in the southwestern United States? Check out Lake Mead.
Posted by Bruce Oksol at 8:49 PM No comments:

June 7, 2019: and it's not just in the southwest. It's across the entire US. What happened to all those droughts we were supposed to have due to global warming? And apparently scientists don't think this is a one-time anomaly: "Climate experts say a combination of factors may lead to more flooding in future years." No one saw this coming. Certainly not Occasional-Cortex. 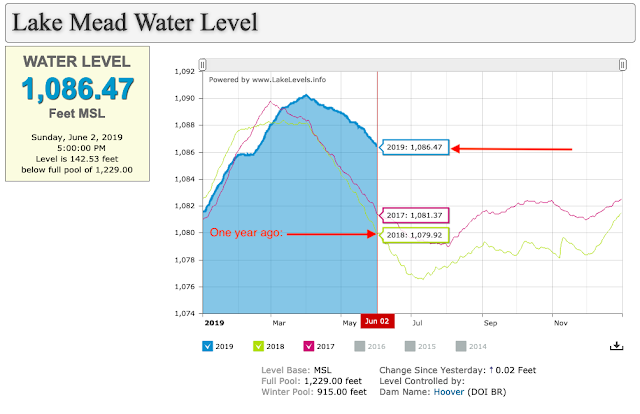 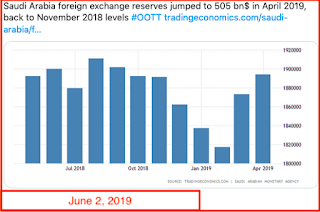 Previously posted on the blog. Apparently some folks just now getting the memo. Whatever.
Posted by Bruce Oksol at 5:18 PM No comments:

Another Rick Perry decision? Nope. The "smoke and mirrors" apparently began during the Obama administration.

Linefill: that amount of oil in pipelines. Linefill is required to keep the pipeline oil flowing. Some suggest that "linefill" will never be available to refiners.

Linefill: RBN Energy talked about line fill back in December, 2013. 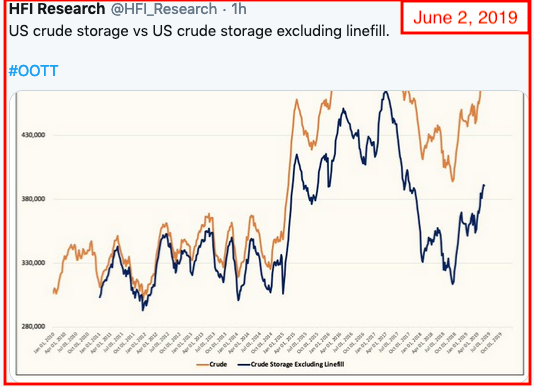 Keeping The Bakken Great; Another $7 MIllion Grant For The Williston Airport --- June 2, 2019

The US House might not be getting much done but Federal money keeps flowing to North Dakota.

The new Williston Basin International Airport has been awarded another grant from the U.S. Department of Transportation’s Federal Aviation Administration.

The grant is for $7 million for construction of the taxiway and other general aviation needs at the airport being constructed north of town.

This is a nice discussion regarding the current challenges affecting US refiners. But again, no mention of the 800-pound gorilla in the room: President Obama killing the Keystone XL.
Posted by Bruce Oksol at 4:04 PM No comments:

The best blog on this subject came to an end in 2020 due to the death of the webmaster/author -- the URL at the time: https://nextgrandminimum.com/.  There is a website called the grand solar minimum which in the interim will be the one I link here. I don't care for it but it's the "best" I can find right now.

In this winter of 2020-2021, new record cold temperatures have been experienced all over the world, in January 2021 in Asia and in February 2021 in North America, Europe, the Mediterranean countries and the Middle East. I correctly predicted this cold winter in August 2020.

Quick follow-up to [your blog of May 25, 2020 discussing the] increasing amounts of precipitation - and cooler weather - throughout much of the USA (the world, probably, but the LSM - Lamestream Media - will certainly bury this information).

One consequence of lowered solar radiation (one manifestation of which is sunspot activity), is the enabling of the ever-present cosmic radiation to reach earth in larger amounts.

A proven effect of the increased cosmic radiation is cloud formation.

Two immediate consequences of more cloud cover are lowered temperatures (via blockage of sunlight) and increase in precipitation (rain/snow  depending upon temps).

These developments are becoming FAR more pronounced and increasingly difficult to hide/(mis)explain away.

The peak (highest solar radiation) this cycle should be about 2025, but it is apt to be very low - historically - as it is VERY low right now (the trough).

The years 2028 through 2032 look to be especially daunting as those will be the trough years - solar radiation-wise - of the next 11 year solar cycle ... the so called Grand Solar Minimum which last occurred 400 years ago coincident with the Maunder Minimum.

Methinks the top tier Movers and Shakers of the Globull Warming Scam know all this and have dramatically 'upped their push' to kneecap (western) hydrocarbon industries.

Original Post
One of the biggest "spin-offs" from the blog for me has been understanding the impact of the solar cycles. Prior to blogging I never followed solar cycles and had never even heard of "solar maxima" or "solar minima" (as far as I can recall).

I started adding "global warming" posts to the blog to help put the Bakken in perspective. It is amazing how the two issues became quite intertwined over the years. I certainly did not expect that.

That was my reply to a reader who wrote:


A year or so back, I became somewhat acquainted with Dr. Valentina Zharkova's theories concerning the multiple, asynchronous dynamo components internal to the sun.

Big consequence of her findings is that the sun is entering a Grand Solar Minimum, which will rapidly, significantly impact the earth's climate to the downside temperwture-wise.
With a historical accuracy rate at the 93% range going back 400 years, Dr Zharkova is now being taken very seriously by a growing cohort of scientists.

Should her research and models prove to be correct, the ramifications upon our political, social and economic spheres will simply be beyond description.

Imagine that: the sun affecting the earth's climate.

So, it was surprising to see this headline: 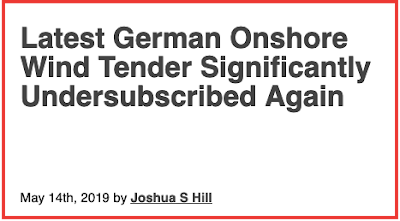 When Joshua says "significantly" it catches one's attention, considering what a global warming zealot the writer is.
Posted by Bruce Oksol at 2:54 PM No comments: 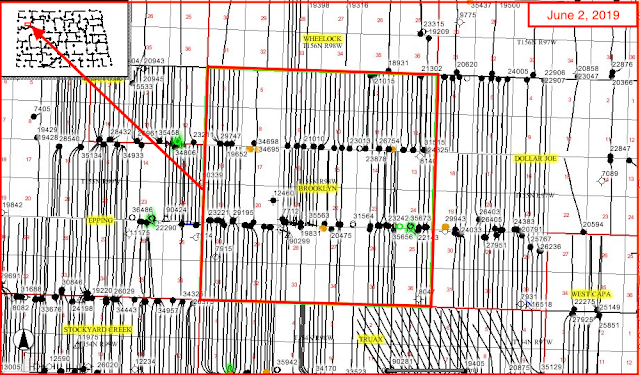 Compare this graphic with the graphic of the Brooklyn oil field from October, 2018.

Bottom line:
Production
Disclaimer: I am inappropriately exuberant about the Bakken. The estimated prospects are at the "high" end of what I think is possible or likely.
Posted by Bruce Oksol at 2:00 PM No comments:

Random Look At CLR Wells In Brooklyn Field That Have Been Recently Fracked -- June 2, 2019

The wells (as they come off the confidential list):

Original Post
Look at these posts for background:
The graphic: 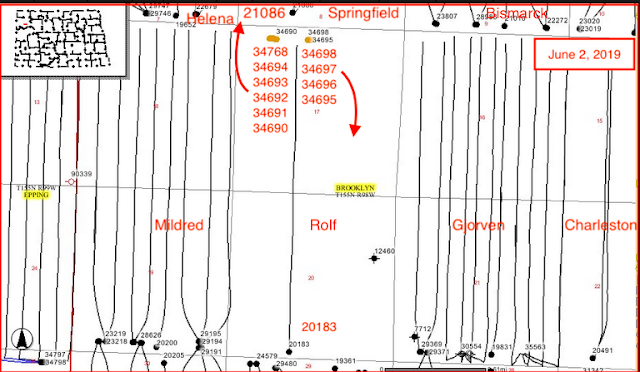 The wells, FracFocus data: gallons of water used; percent of total stim that was water:

See production data above for these wells;

The wells fracked above "essentially" refracked these two wells.

Perhaps the graphic explains it: 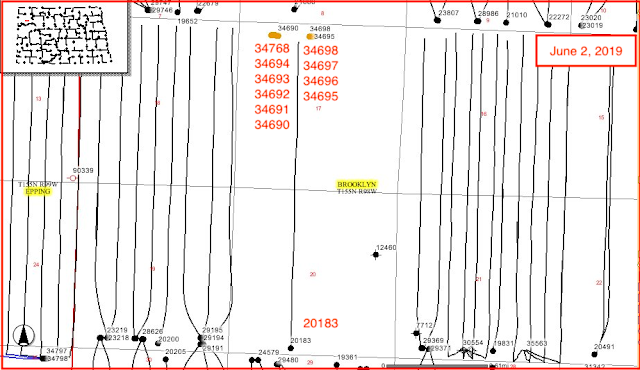 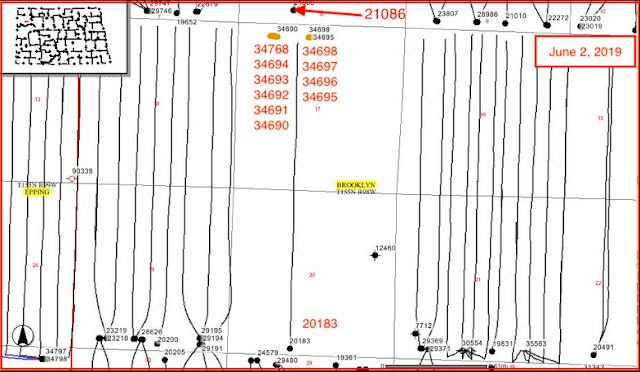