Canadian oil and gas companies have for years tried to expand their options to ship heavy oil from Alberta to the southern coast of the United States, but their efforts to reach the world’s largest concentration of heavy oil refineries have been challenged time and time again. Most recently, U.S. President Joe Biden cancelled permits for the Keystone XL pipeline.

CP Rail’s deal with KCS “looks promising, but we’ll have to see what they actually do,” said Tristan Goodman, president of the Explorers and Producers Association of Canada, which represents mid-sized oil and gas companies.

“They’re not terminating in a great area for us, quite frankly,” he said of CP Rail’s existing network, “so joining forces does have a benefit.”

My hunch: even if regulators don't approve this merger Canadian Pacific and KSC could certainly work together to move oil from Canada to the Gulf coast. I assume that is already occurring.

Currently, crude by rail accounts for about five per cent of revenue at CP and about two per cent at KCS. The two companies believe the deal will boost these revenues.

CP spokesperson Jeremy Berry in an emailed statement said the company plans to use a crude-by-rail facility in Alberta that pulls the blending agents out of heavy crude oil to create a “pipeline-competitive way of delivering Alberta energy products to market by rail.”

He added: “We can do this as the combination will provide for a more direct and efficient route to refineries on the Gulf Coast.”

Yemen's liquid gold: our oldest granddaughter very much enjoyed the history of honey; that's what mae this article so interesting. Link here.

According to the Qur’an a lone sidr tree, or jujube, marks the highest boundary of heaven. On earth, amid the harshness of the Yemeni desert, the sweetness of sidr honey is cherished as a symbol of perseverance.

Yemen has long been renowned for producing some of the best honey in the world, often compared to Mānuka honey from New Zealand. Some of the highest quality, and purest, comes from bees fed exclusively on the flowers of the sidr, producing a pale coloured honey with a fiery, almost bitter aftertaste.

While the war has made travel difficult, closing off many roads, for traditional beekeepers life is much the same: they are some of the only people in Yemen who can traverse frontlines with ease, moving around every few months in search of flowers for their bees.

Number one producer of honey in the US? North Dakota. No fiery, bitter aftertaste.

Is this the top story for the week?

Saudi Arabia is in deep doo-doo.

Record IPs at this site.

Later, 10:45 p.m. CT: with regard to these staggering numbers, a reader who follows this very closely, wrote:

I just noticed that the top of that MRO TF well was almost 12,000 feet down.

A few things to consider going forward ...
How thick is this targeted horizon? (Well reports/geologists usually describe the zone's thickness).

Most likely no additional casing will need to be run, but if depths start to approach 13,000 feet (third/fourth benches?), then higher pressures might necessitate the 'telescoping' of casing.

This would validate Lynn Helms' long ago statement that the Three Forks production may ultimately surpass that of the Bakken.
Fracturing the rock in the TF must be substantially different than frac'ing  the middle Bakken.

It would be reasonable to speculate that the operators - now, apparently being led by MRO and CLR - would have held back in pursuing the deeper TF benches as the learning curve would understandably be somewhat financially daunting.
All in all, as these deeper TF wells come online with high production profiles, increasing activity should emerge from other operators.


One example of initial production:

A reader noted one of the wells on that pad has come off the confidential list but is currently a DUC, "drl/NC." Pretty good numbers for a DUC. LOL.

From the well file: 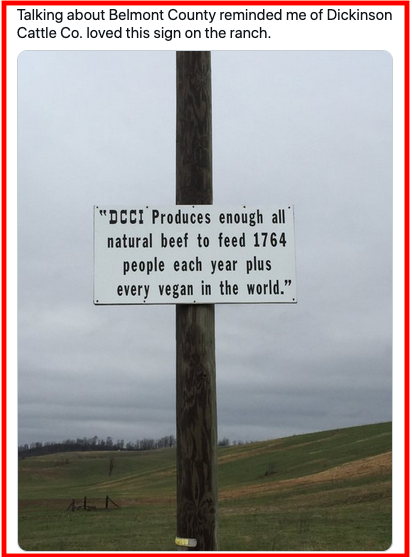 Website for the Dickinson Cattle Company ... and, no, it's not south of Williston.

Noted today that this well is now AB -- abandoned.

When I get caught up, I will update these wells, but here's a tease:

Production profiles for the two CLR Gordon Federal wells that came off the confidential list today.

Note: two of the three wells below production 100K bbls of crude oil in 2.5 months. These are not record IPs but they are huge wells.

From the other day,

Email ThisBlogThis!Share to TwitterShare to FacebookShare to Pinterest
Labels: RecordIP

Two headlines over at  oilprice.com:

The Moda Ingleside Energy Center (MIEC) in Corpus Christi, the Enterprise Hydrocarbons Terminal (EHT) in Houston, and the Louisiana Offshore Oil Port (LOOP) have been loading more crude oil than any of their Gulf Coast competitors over the last year. In fact, they accounted for nearly half of the total oil exported. As many of the crude exporters have learned the hard way, leading the pack today is no guarantee you’ll still be out front six, 12, or 24 months from now. Despite the global pandemic and the market disruptions it has caused, a number of new export terminals and expansions to existing terminals are still under development, and all of them hope to draw barrels from their rivals. Today, we conclude our series with a look at planned capacity additions to Gulf Coast export facilities.