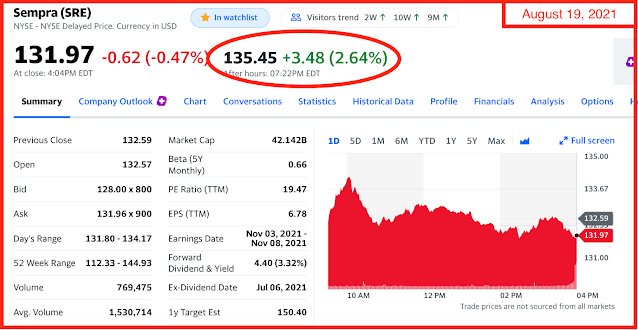 Maybe a reader does.

Link here. I saw the headline in The NYT but never clicked on the link because I assumed it was about some little town in west Texas -- oil town Midland or Odessa. It turns out that "remote" little town was New Braunfels.

Oh, give me a break. Hardly "remote" or "outlying" -- sits just north of San Antonio on the I-35 north to Austin, perhaps the busiest thoroughfare in Texas. When The NYT got mocked for using the word "remote" to describe New Braunfels, the newspaper changed "remote" to "outlying." 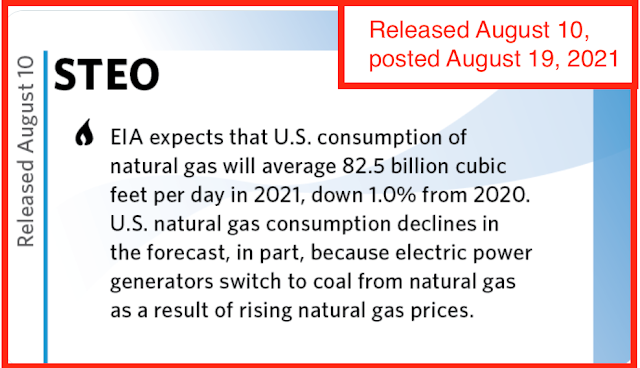 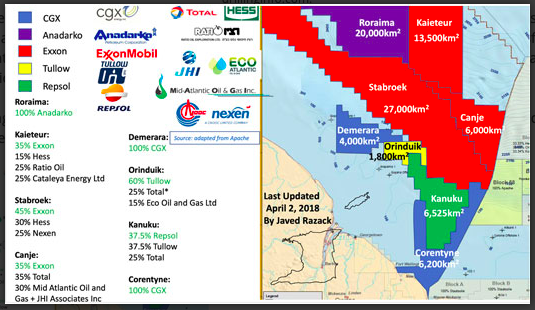 Guyana-Suriname Basin: rise from obscurity to super potential, WorldOil, May, 2021.

Onshore exploration. In both Suriname and Guyana, oil seeps were known from the 1800s, into the 1900s. Exploration in Suriname discovered oil at a 160 m depth while drilling for water in a schoolyard in Calcutta Village.2 The onshore Tambaredjo oil field (15-17 oAPI oil) was discovered in 1968. First oil began in 1982. Satellite oil fields to Calcutta and Tambaredjo were added. These fields had an original STOOIP of 1 Bbbl of oil. Currently, these fields are producing around 16,000 bopd.2 Staatsolie’s crude is processed at Tout Lui Faut refinery, at 15,000 bpd, to produce diesel, gasoline, fuel oil, and bitumen.

Guyana did not have the same onshore success; since 1916, 13 wells have been drilled, but only two wells have shown oil.3 Onshore oil exploration in the 1940s produced geological studies in Takatu basin. Three wells were drilled between 1981 and 1993, all either dry or non-commercial. These wells confirmed the presence of thick black shale, Cenomanian-Turonian age (known as Canje Fm), equivalent to the La Luna formation in Venezuela.

Venezuela has a thriving oil exploration and production history.4 Drilling success dates back to 1908, first in the western part of the country with the Zumbaque 1 well,5 with production in Lake Maracaibo rising during WWI and into the 1920s and 1930s. Of course, the tar sands in the Orinoco Belt, discovered in 1936,6 have significantly impacted the oil reserves and resources, contributing to the 78 Bbbl of oil reserves; this reservoir gives Venezuela the current first position on reserves. La Luna formation (Cenomanian-Turonian) is a world-class source rock for much of this oil. La Luna7 is responsible for most of the oil found and produced from the Maracaibo basin and several others in Colombia, Ecuador and Peru. The source rock found offshore Guyana and Suriname has similar characteristics to those found in La Luna, and is the same age.

Offshore Guyana oil exploration: Shelf region. Exploration on the continental shelf began in earnest in 1967,7 with the Guyana Offshore-1 and -2 wells. A 15-year gap ensued until the Arapaima-1 was drilled, followed by Horseshoe-1 in 2000 and the 2012 wells, Eagle-1 and Jaguar-1. Six of these nine wells had either oil or gas shows; only the Abary-1, drilled in 1975, flowed oil (37 oAPI). Although the lack of any economic discovery was disappointing, these wells were very important, because they confirmed a functioning petroleum system was generating oil.

Offshore Suriname oil exploration: Shelf region. The story of exploration on the continental shelf in Suriname mirrors that of Guyana. Nine wells were drilled through 2011, three of which had oil shows; the others were dry. Again, the lack of economic discoveries was disappointing, but these wells confirmed a functioning petroleum system was generating oil.

ODP Leg 207 drilled five sites in 2003 on the Demerara Rise, which separates the Guyana-Suriname basin from offshore French Guiana. Very importantly, all five wells encountered the same Cenomanian-Turonian Canje Fm source rock found in Guyana and Suriname wells, which was a confirmation of the presence of a source rock as La Luna.

Much more at this link. 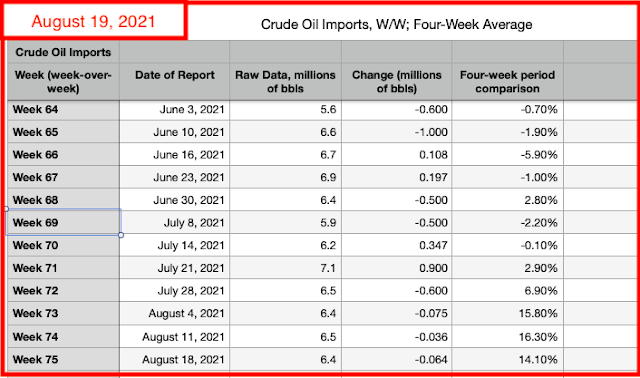 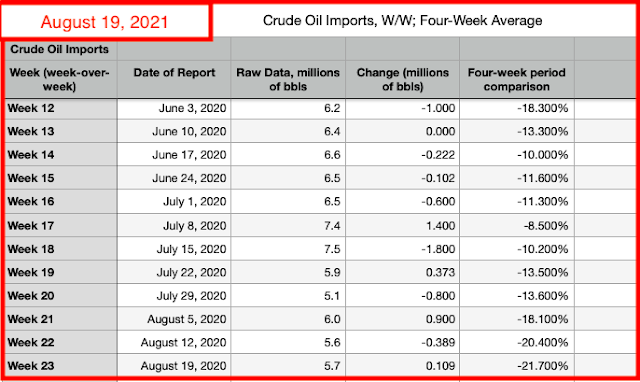 US crude oil imports, some thoughts: 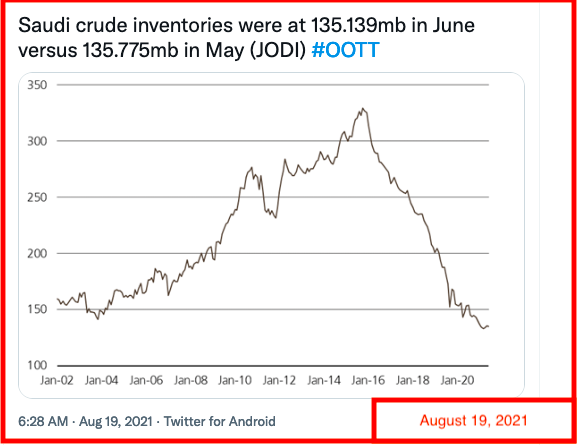 I completely missed the RTD sector. I had no idea where Coke-Cola and Pepsi were headed. It all began with SAM a few weeks ago.

The first, some weeks ago when SAM (Boston Beer) reported earnings. Ouch.

The second, from overnight, from Motley Fool:

Which of course, the RTD page leads us to Xanadu. A reader sent me this at the very time I was working on the RTD page. Great minds think alike.

Xanadu is to Beijing, as Camp David is to Washington, DC, today.

The reader's interest in Xanadu: horses.

My interest in Xanadu: Chinese history. Once I get my books out of storage, I can take a photograph of my notes re: China. Those notes compliment my one-of-a-kind map of China. See below.

The Site of Xanadu, located on Jinlianchuan Prairie and the north bank of the Shandian River, is 12 miles northwest to the center of Zhenglan (Xulun Hoh) Banner of Xilingol League, Inner Mongolia in north China. Xanadu, Shangdu in Chinese, was the capital of China in the early years of the Yuan Dynasty (1271 - 1368).

Established in 1256, this metropolis, created by the Mongols, a nation on horseback, is considered the archetype combination of farming and nomadic culture.

Xanadu’s prominent position in history is as famous as the ancient city of Pompeii in Italy. The present Site of Xanadu, including the general layout and precious relics, was included in the UNESCO World Heritage List in 2012, and has now become a most sought-after destination.

The Mongol Empire was the largest known in the history of the world, and covered most of modern-day Eurasia. In 1255, Kublai Khan, the grandson of Genghis Khan (the founder of the Mongol Empire), became governor of the prized fertile plains previously held by the Western Xia (Inner Mongolia).

He started to build a city in 1256, and the project was completed in 1259. Kublai Khan ascended the throne there in 1260, and named the place Kaiping City. In 1264, it was renamed Xanadu (also Shangjing or Bianjing), and later served as the political, economic, military, and cultural center in northern China.

During the following Yuan Dynasty, the Great Capital (Dadu) was created in today’s Beijing. From then on, Xanadu became a secondary capital and an imperial summer resort. Every year from March to September, the emperor and his ministers would handle the daily affairs there.

The ancient prosperity of Xanadu disappeared due to warfare and revolt, leading to the end of the Yuan Dynasty. 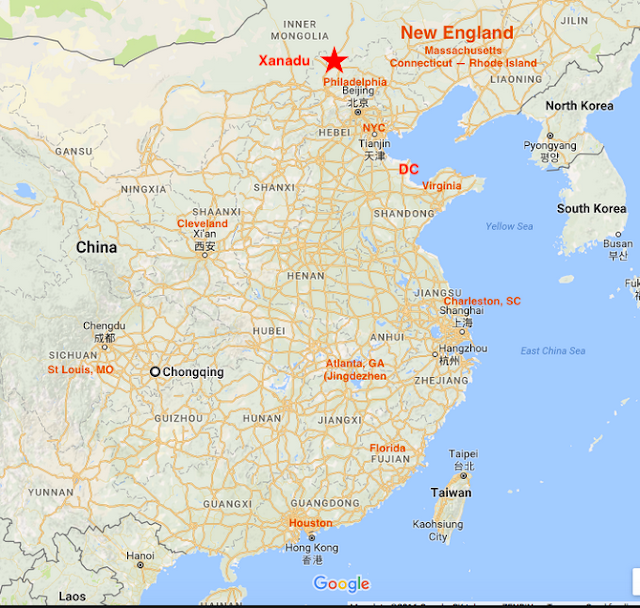