It just doesn't seem to quit.

A lot of nice data points in this UPI article.


Enterprise Products Partners said it wants to convert a gas line to carry crude oil to the Houston area, which would likely be sent out for exports.

The company announced plans Wednesday to convert a pipeline in its portfolio that carries natural gas from the Permian shale basin to a crude oil pipeline. With a new gas pipeline coming into service at the end of 2019, Shin Oak, the company said it has flexibility to repurpose another line for shale oil.

Pipeline, The Chantays
Posted by Bruce Oksol at 8:39 PM No comments:


Devonian
Posted by Bruce Oksol at 5:42 PM No comments:

A reader sent me the link to the article. My reply:

Wow, I feel bad for the workers. That's really tough. That's a lot of folks employed making blades. But it's sad that the industry needs tax credits to make the numbers work.

Here's the story, data points:
Posted by Bruce Oksol at 3:43 PM No comments:

Once a week (or it might be twice a week, I forget, or maybe it's even more often than that), the students at Tutor Time are taught Spanish.

This is Sophia's classroom. Mind you, these are three-year-olds. When they turn four, they will move up to the next classroom. [Sophia's closest male friend was moved up to the four-year-old classroom last week, but they see each other passing in the hallway going to and from various activities, and because his mom and I pick our charges up about the same time every day, they can see each other then for a few minutes. And, oh, yes, they have breakfast together at 9:00 a.m.

Here Sophia is, in Spanish class. 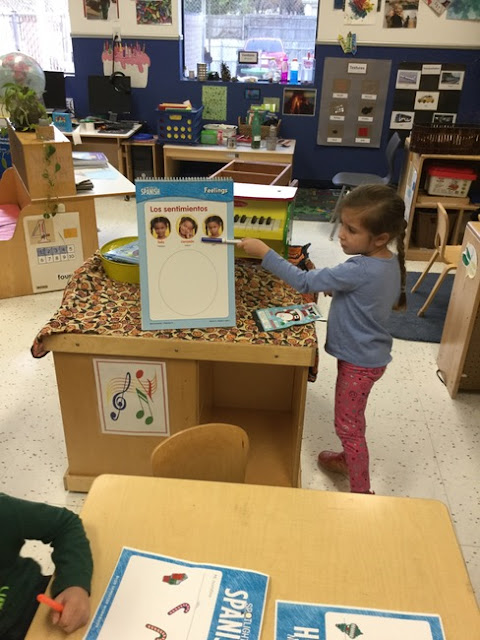 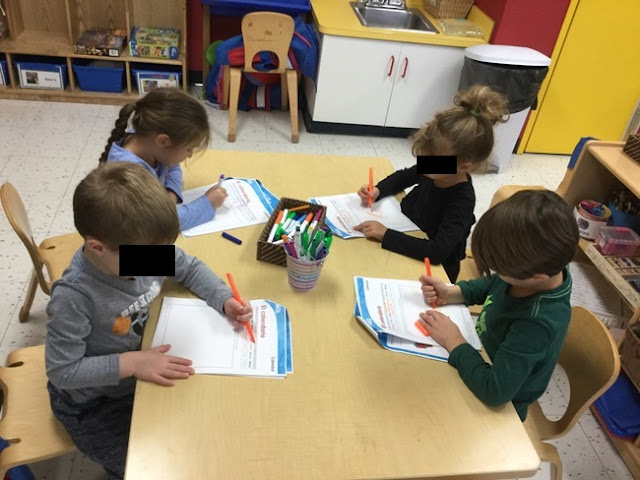 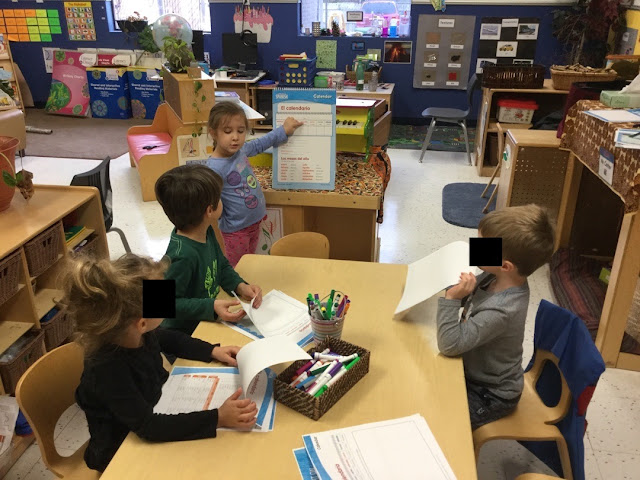 Natural Gas Production In The Bakken Is Increasing At A Faster Rate Than Oil Production -- EIA -- December 6, 2017

A reader alerted me to this story from the EIA.

It's all about the bubble point This paragraph explains the phenomenon:


In tight oil formations like the Bakken and Three Forks—which have low permeability—the gas-oil ratio tends to increase only gradually over an extended period of time before reaching a certain point at which it then increases significantly.

As producers extract hydrocarbons from a rock formation, the pressure in the formation eventually falls below the point at which natural gas naturally separates from the gas-saturated crude oil—a threshold known as the bubble point.

More oil relative to natural gas tends to be produced during the initial phases of production, after which natural gas production can increase once pressure in the formation reaches the bubble point.

If that's what is happening in the Bakken now, it helps explain the flaring problem that is now being reported by the NDIC and a problem that is being talked about at the national level (e.g., RBN Energy).

In this particular article, the EIA ends with this paragraph:


In previous years, insufficient infrastructure to collect, gather, and transport North Dakota’s increasing natural gas production meant more than 35% of the state's gross withdrawals of natural gas was flared rather than marketed.

In an effort to reduce the amount of flared gas, North Dakota's Industrial Commission established new targets in 2014 to limit flaring to 10% by October 1, 2020.

It is interesting that the EIA does not note North Dakota's current problem with flaring. Obviously the EIA cannot be unaware of that. By not mentioning it suggests to me that the EIA:
The EIA mentioned that North Dakota has a target of less than 10% natural gas to be flared after 2020. These are the comments and data points from the most recent Director's Cut:


Natural gas capture, getting "worse" and FBIR is major issue:

Note: the EIA did not comment on the recent increase in flaring as a percentage / actual amount -- the single circle to the right, emphasized with the arrow.

Posted by Bruce Oksol at 2:38 PM No comments: 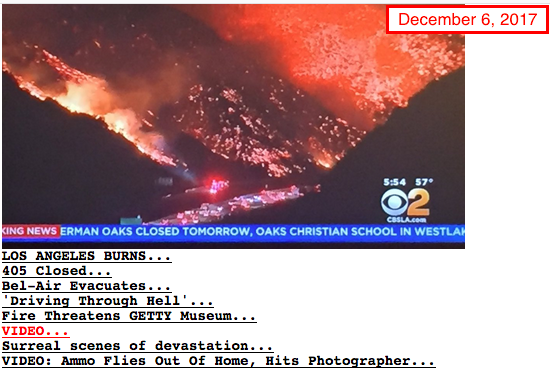 It will only be a matter of time before talking heads and the mainstream media "blame" this fire on global warming. California television reporters have noted that an almost-identical fire -- same time of the year -- occurred back in 1961, and was much worse, destroying over 400 homes. That fire was called the "Bel-Air fire." That fire began as a brush fire. Hmmm....

We've driven this route "a gazillion times." We visit the Getty Center every time we visit southern California which is at least once a year.

The cars in this photo are heading south, and in about a quarter-mile they will pass the exit to the Getty Center. It's hard to believe that the flames appear to have surrounded the Getty; whether the flames have engulfed, or will engulf, the Getty -- I do not know. It goes without saying there is some priceless art in that center. 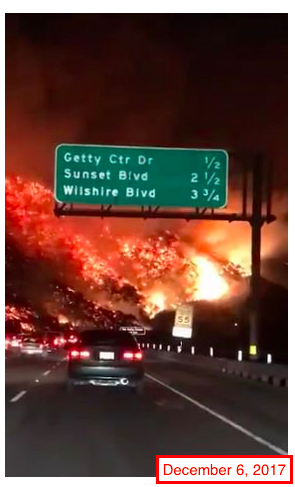 Link here.
Re-balancing: down to 37 weeks (quite remarkable, actually):