December 7, 2017: he's fired! Nope, not Al Franken -- announced that he will resign in several weeks time. A former "talking head" at "Morning Joe" has been fired: 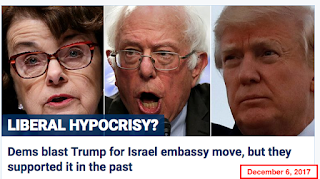 I'm curious where Pocahontas stands on this one. 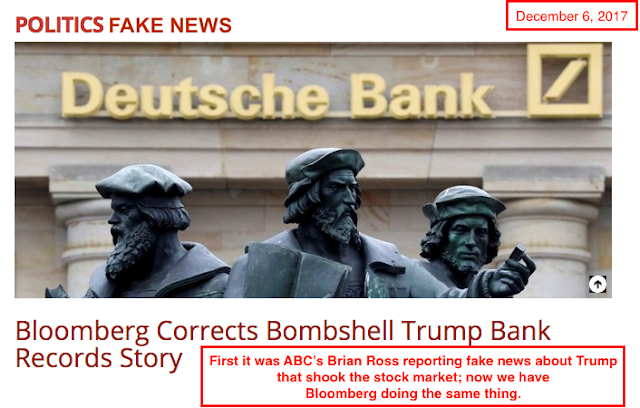 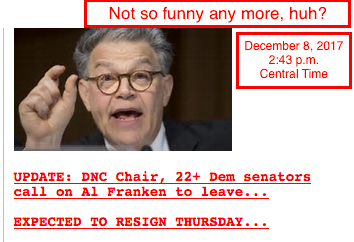 Original Post
#MeToo: Time Magazine: man/woman/thing of the year -- #MeToo -- the women who have come forward to say they have been harassed over the past three or four or more decades. No link; easily found.

Me, too, Al: Another day, another woman accuses Senator Al Franken of sexual impropriety. Won't step down. Says it was a different era then. Stuff happens. Actually he was reported to have said, "it's my right as an entertainer." Schumer and Pelosi stand by their men. Tomorrow is December 7, 2017. Maybe the day that lives in infamy will briefly allow the mainstream media to forget about Franken. LOL. When will Minnesotans call for a recall election/referendum? If they don't, speaks volumes about Minnesota.

Al update, 10:58 a.m. Central Time, CBNC is reporting that five Democratic senators are asking Al Franken to resign. Before he was apologetic. Now he is denying the latest allegation is "true." The third-ranking Senate Democrat and the highest ranking woman. Kamala Harris of California is also asking that Al resign.

Matt Lauer: Matt was "roasted" in 2008 for his sexual peccadilloes (only Fox News of major mainstream outlets is reporting this; no link; easily found). To get that much notoriety, he was obviously stepping over the line for several years before that. Let's cal it eight years, beginning in 2000 or before. A lone individual sends a memo to NBC a few weeks ago accusing Lauer of harassing her; one day later he's fired. That didn't take long; speaks volumes. A sexual fetish / addiction only gets worse over time. We are talking at least seventeen years of serious sexual allegations.

The president is going to get a lot of negative press for simply doing what Congress mandated in 1995 with regard to Jerusalem. Congress has had 22 years to change the law. Never did. Never even came up.
Posted by Bruce Oksol at 9:24 AM