On March 4, 2016, I posted: Once The Price Of Oil Starts Moving, It Tends To Move Quickly.

Right now, Sunday evening, futures, screenshot, and this is after a 6% jump in the crude oil price on Friday:

It's Only Make Believe, Conway Twitty
Posted by Bruce Oksol at 6:47 PM No comments:

June 7, 2016: A headline story over at The Wall Street Journal -- 24 million new vehicles in India give oil prices a lift.


Original Post
This is simply some  housekeeping. I am adding "India" to my "Big Stories" page.

Over the past few weeks, there have been an increasing number of stories on India's economy surging and its effect on the global economy. India has been on my radar scope since I began blogging but until this past year, not much was being written about it.

It seems we have reached a tipping point, and India is becoming the "new China" as far as business magazines and journalists are concerned.


India, the new "China." From Bloomberg/Reuters:


The world’s second-most populous nation is increasingly becoming the center for oil demand growth as its economy expands by luring the type of manufacturing that China is trying to shun. And just like China a decade ago, India is trying to hedge its future energy needs by investing in new production at home and abroad.

India may have one advantage its neighbor to the northeast didn’t. While China’s binge came during a commodity super-cycle that saw WTI crude reach a high of $147.27 a barrel in 2008 -- due in no small part to its demand -- India’s spurt comes during the biggest energy price crash in a generation.

While oil has tumbled more than 50 percent from mid-2014 levels, the South Asian nation spent $60 billion less on crude imports in 2015 than the previous year even while buying 4 percent more.

In 1999, China’s economy was less than a 10th of its current size of more than $10 trillion, and bicycles vied for space with taxis and buses on crowded streets in major cities like Shanghai. In the ensuing 17 years the economy, spurred on by foreign investment in manufacturing, grew from the seventh largest in the world to No. 2. Vehicle sales surged and oil demand has nearly tripled since then, positioning the country to overtake the U.S. as the world’s largest crude importer this year.

What got me to thinking about it today, was the recent article on pea processing in North and South Dakota.
Posted by Bruce Oksol at 9:21 AM No comments:

These are from the CO2.earth site. I'm sure one can find almost any number one wants, if one looks hard enough.
I needed to consolidate these/update this data for another post. This data is being posted for no other reason.
Posted by Bruce Oksol at 9:14 AM No comments:

UND Fighting Sioux or Fighting Hawks or whatever win 8th National Hockey championship. A big "thank you" for the readers alerting me to this. I would have completely missed it ... for another hour or so....

At long last, North Dakota is the King of College Hockey again.

UND emphatically won its eighth national championship -- and first since 2000 -- by dominating Quinnipiac 5-1 in front of 19,358 in Amalie Arena, washing away 15 years of heartbreak in the NCAA tournament.

Chants of "Let's go Sioux" and "Sioux forever" rang out from the crowd as the frustration of coming so close so many times in the national tournament finally turned to elation.
When the buzzer sounded, the coaching staff -- led by rookie head coach Brad Berry -- embraced on the bench as the players stormed the crease occupied by Cam Johnson.

They put on their championship shirts and hats and cut down the nets as the fans decked in green and white roared in the stands.

"I can't even put it into words," senior forward Bryn Chyzyk said. "It's all you want to do for this program because you love it so much. For my last game in this sweater, to hoist a national championship, it's amazing. I'll remember this day forever."

This has nothing to do with the Bakken or North Dakota but it's too good of a story not to post/link. Over at the Boston Globe:


It was past midnight, and all was quiet inside Robsham Theater, a sprawling performance space at Boston College.

Fred Vautour sponged down sinks, scrubbed toilets, and polished mirrors. Pushing a yellow cart loaded with a mop, broom, and cleaning supplies, he moved on to the hallway, where he swept up paper scraps and cleaned the large windows looking onto the campus. In the distance, the Gothic towers of Gasson Hall and Bapst Library faded into the dark sky. In a little more than 12 hours, Elizabeth Warren was coming to speak on economic inequality.

For the last 15 years of his long working life, Vautour, 62, has performed his painstaking rounds on the graveyard shift at Robsham Theater as if they were a calling. And, in a sense, they are.

Next month, his youngest child will collect her nursing degree from BC, and Vautour’s triumph will be complete: The night-shift custodian will have put all five of his children — Amy, John, Michael, Thomas, and Alicia — through Boston College.

Vautour said he never could have afforded a college education for five children on his salary of $60,000 a year. His wife, Debra, was a homemaker who now works the front desk at the Waltham Senior Center.

But because Vautour is a BC employee, all five children were able to attend the college tuition-free, which knocked about $51,000 off of BC’s $66,000 annual price tag. After scholarships, Vautour said, each child’s college education cost him about $3,000 per year.

I wonder how much Elizabeth Warren was paid for coming to speak? Or if she mentioned the salary she earned teaching at Harvard?

Well, since you asked:


Elizabeth Warren, the Harvard Law School professor and consumer advocate challenging Republican Senator Scott Brown, took home more than $700,000 in compensation from teaching and consulting fees over a two-year period from 2010 to 2011, according to her most recent financial disclosure form.

Over that same period, she was collecting a six-figure salary for two consecutive federal government appointments.

She earned about $165,300 from September 2010 through August 2011 as a special adviser to President Obama, setting up the consumer protection agency she helped establish.

Before that, she collected a total of $192,722 for leading the congressional panel that oversaw the US bank bailout. That government salary covered a period that began before her latest disclosure report, spanning from November 2008 through September 2010.

She's found her niche. Vautour has found his. There will be a special spot in heaven for him. I don't know about Pocahontas.
Posted by Bruce Oksol at 8:34 AM No comments:

Back on February 14, 2015, this screenshot and a post on the halo effect in the Bakken: 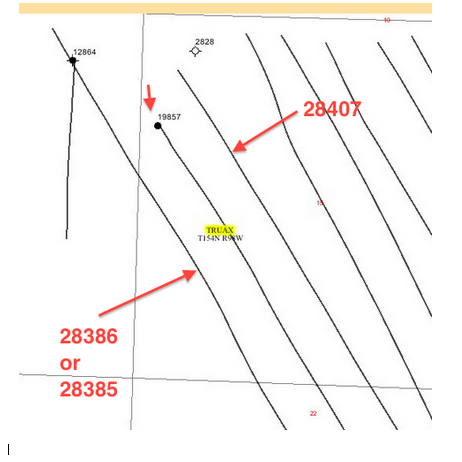 First, a shot of the same area from a bit farther out: 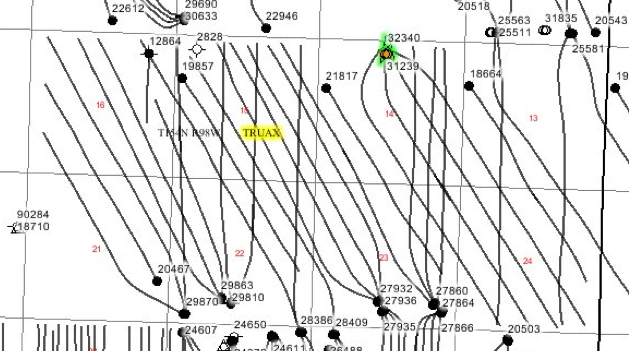 And now, zooming in to see the area under discussion, compared to the screen shot taken about a year ago (see above) and the one taken today. Note the additional horizontals -- the ones running north/south; as well as another northwest/southeast horizontal: 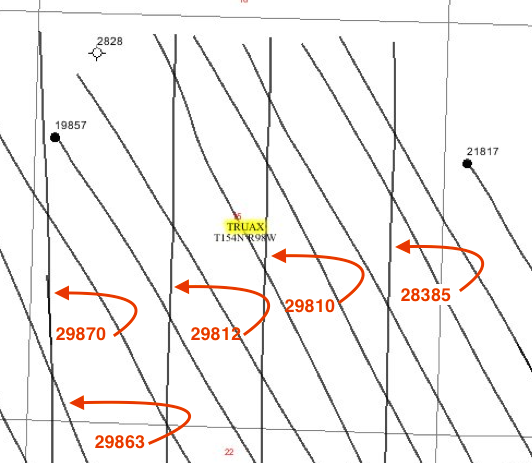 From the permits (I did not confirm with geologic reports, yet):
Bottom line: it appears that the middle Bakken wells, drilled first, in this area were running northwest/southeast, whereas the Three Forks (1st and 3rd benches), drilled later, are running north/south.

Note: I did this quickly, to get an idea of what is going on. There are likely to be typographical and factual errors. Also. without taking a whole lot more time to sort them out, there may be errors in identifying correct permit/file numbers with the horizontals. If this information is important to you, go to the source. This is simply for my benefit to help me understand how the Bakken is being developed.

This post will likely be updated and corrected.
Posted by Bruce Oksol at 8:21 AM No comments:

For those interested, the QEP Jones wells in the Grail oil field have been updated.
Posted by Bruce Oksol at 7:19 AM No comments: