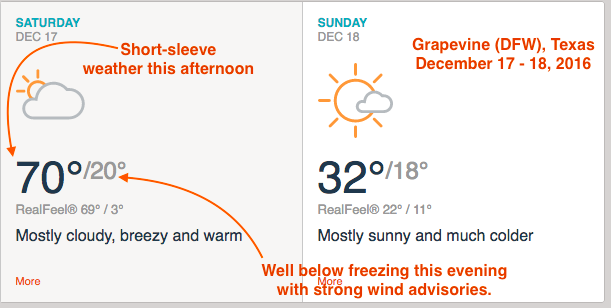 
It's Beginning To Look A Lot Like Christmas, Bing Crosby
Posted by Bruce Oksol at 11:21 PM No comments:

December 30, 2016: see first comment regarding natural gas production. I have updated the production data to include the most recent data available (through 11/2016).

December 29, 2016: a reader provided an incredible update on these Petro Harvester wells along the Canadian border.


Original Post
Besides the Bakken, anything else going on in the Williston Basin? Glad you asked.

Here is an update of a relatively recent Madison well:
Scout ticket and production profile: 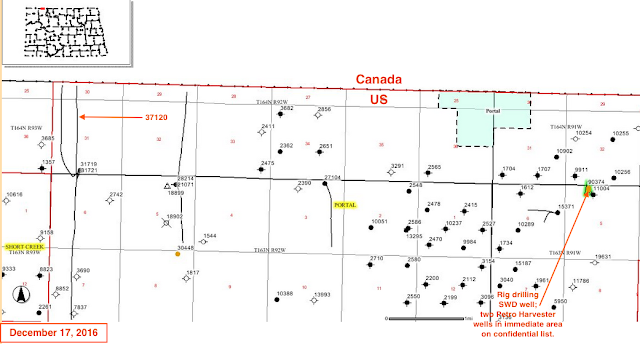 I had no plans to link this story over at PennEnergy. These stories are a "dime-a-dozen," and frankly, getting a bit tiresome and trivial. This is the headline: Northeast Ohio gas pipeline opponents vow to delay project.


Northeast Ohio residents who have tried to get a natural gas pipeline moved away from their communities are vowing to engage in delay tactics after a federal agency dismissed their suggested alternate routes.

Opponents say they will not allow surveys or sell easements for the $2 billion NEXUS Gas Transmission project unless ordered to do so by a court.

"I will stand my ground, as everyone else is standing, until all of our resources and options are exhausted," said Medina County resident Jon Strong, who has helped lead the effort to reroute the pipeline the last 2 ½ years.

The 255-mile-long line would carry gas from Appalachia across northern Ohio and into Michigan and Canada. Most of the high-pressured line would be in Ohio. Construction is slated to begin by March.

But then I received this note from a reader:

Absolutely hard to believe they are a short car ride away from the biggest natgas source on the planet.

New England spot price can be followed at ISO Express. $30 / MWh is the "right price" when one is just hours away from the Marcellus / Utica.

For the archives, the US is in experiencing one of the coldest winter storms on record, winter storm Decima. Boston recorded its coldest December 16 in 133 years. Algore is updating his PowerPoint presentation. 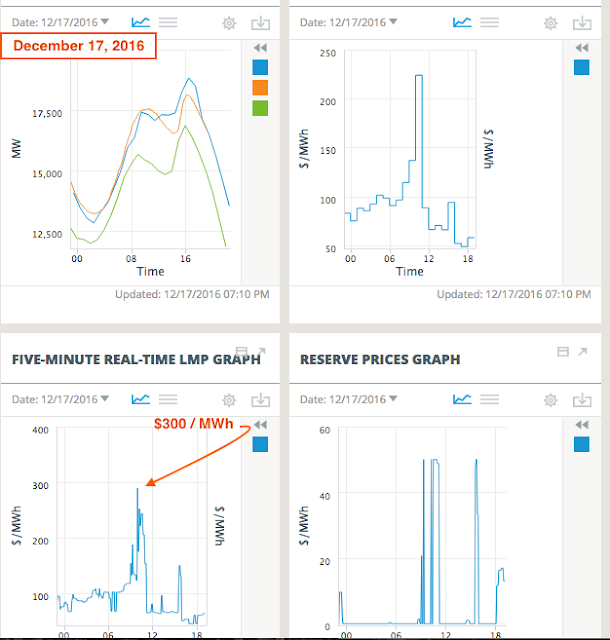 
Frack jobs have gotten bigger. This has occurred through a change from sliding sleeves to plug and perf (shown above). Sliding sleeves are much faster and cheaper, but have limited access points. More perforation clusters are used with plug and perf.

The closer these access points are, the greater number of fracks. Operators are finding that cheaper isn't always better. Going back to plug and perf is the continued theme. Most are doing this.

Recent North Dakota completions are better than its 900MBOE target. The four wells above provide a ceiling to results. We can assume these are some of its best Bakken wells. Although this is very good data, we are more interested in the average of all its results over a given timeframe. The focus has been on CLR's flagship play. The STACK/SCOOP produces well at low prices. The Bakken may be more important.

Determining the oil price needed for North Dakota to be economic, provides insight into its development. 860,000 net acres is a significant investment.

CLR completed 71 wells from April 1 st of 2015 to September 1 st of 2015 in North Dakota. During this time, it was moving from sliding sleeves to plug and perf.


Most believe the Permian and STACK/SCOOP have the best economics. The Eagle Ford and Bakken have breakevens $5 to $10/bbl higher. OPEC has stated it wants to cap oil prices at $60/bbl. This seems to target marginal production unconventional acreage.

$60 oil doesn't do much for Saudi Arabia.

This is just a bit of housekeeping. There is nothing new here; this has all been posted before. I am simply putting all the "2016 - Bakken Deals" in one place to "clean up" the sidebar at the right.


Quiet day. Not much to report.

Book trip. This is so wonderful. From The Williston Herald via Twittter, data points:

I've written about this book on a couple of occasions. Yesterday I made notes on the introduction of the book.  Today, I will skip ahead and take notes on chapter two, "The Bishops."

The chess bishops are most interesting. Chess originated in India. "Modern" chess came about among the Norse near the end of the Age of the Vikings. Modern chess bishops are "Christian"; obviously what preceded bishops in India were not Christian.

It will be interesting to see how bishops evolved.

Among the early Norse: secular king and chief religious cleric were one and the same. The question naturally arises, then, how "modern" chess retained the king/queen but added the bishop (or more correctly, replaced what came before with a Christian chessman).

A third possibility: Eystein, archbishop of Trondheim from 1157 to 1188

A fourth, but very unlikely, name: Pall's predecessor, Thorlak, bishop of Skalholt from 1178 to 1193.

Predecessors to the bishops on the board:
Prime-signing: during years Norse were converting; a preliminary form of baptism; -- page 74

The chapter goes onto another 42 pages, but I have the basics of what I was looking for, so I will end here.

With her dad, and one of her older sisters, out in California: 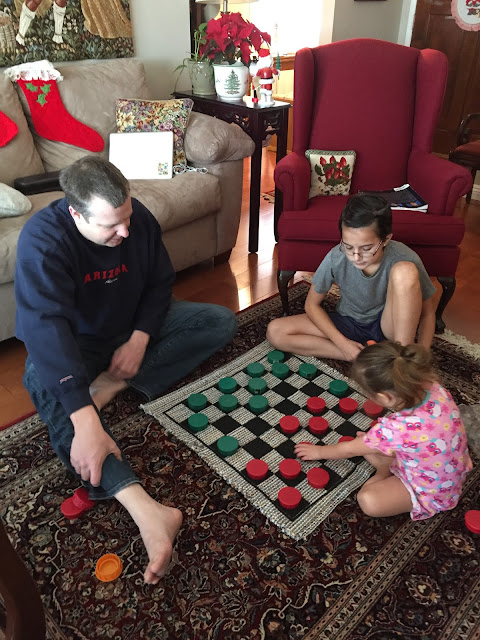 At the full survey, page 17: among the "medium reserve holders," states ranked by policy perception:

I was curious to see the rankings again (I had forgotten them) after reading this story over at PennEnergy:  Alaska challenged with budget deficit.


Walker's budget office said the governor's overall budget plan, if implemented, still would leave a budget deficit of nearly $900 million that would need to be closed with lawmakers' help.

In a statement Thursday, Walker said the state has already slashed its budget and will look for more ways to reduce costs. But he said Alaska can't cut its way to prosperity and a critical discussion is needed on raising new revenue.

The last paragraph of that article:

In a release, LeDoux, one of three Republicans who joined with Democrats and independents to form a new House majority for the coming Legislature, said she hopes fixing the state's "flawed system of subsidizing the oil and gas industry with large tax credits will be part of the fiscal solution."

If that becomes the prevailing attitude, one wonders if Alaska, currently #21 of 36 medium reserve holders, will drop farther down the list.

By the way, in the United States, Texas is the only state that is considered a "large reserve holder" along with UAE, Qatar, Alberta, and China.
Posted by Bruce Oksol at 1:17 AM No comments: