May 10, 2017: this is really, really cool. We now have the production data after this well has come back on line. For the most recent 12 months:


It will be interesting to see the production profile of this well (#18414) when it comes back on-line. On the other hand, the fact that it remains "IA" after the recently fracked neighboring wells are on-line is concerning. Perhaps #18414 was damaged during the neighboring fracks and might be awhile before it gets back on-line -- if it ever returns. 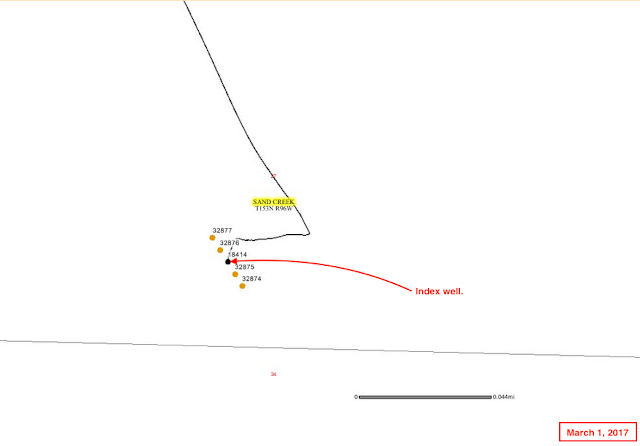 March 8, 2017: Port Commission votes 2 - 1 to keep port project "viable". Up to state to determine whether it will be approved.

The Columbian has the story. If the DAPL becomes reality, is crude-by-rail to the west coast -- e.g., the Port of Vancouver -- dead?
Posted by Bruce Oksol at 8:40 PM No comments:

Oh My Goodness -- What Does This Do To The EUR? The Decline Rate?

December 1, 2018: continues to be an incredible well. Recent production,

May 10, 2017: still no FracFocus report or anything in the file report to suggest this well was re-fracked.

Later, 9:12 p.m. Central Time: this one reminds me of #17356. I don't think it's a coincidence that this "case" and the #17356 case are both BR wells. To the best of my knowledge, #17356 was not re-fracked (I could be wrong, but I don't see the data) and yet it also has some huge monthly production data after neighboring wells were fracked.


Original Post
An old, old well. No re-frack data over at FracFocus yet. This one had to have been re-fracked (no data yet to confirm that) or neighboring wells on conf status were recently fracked; if so, this is quite a story. We might not know for several months.

The four neighboring wells to the west were recently fracked; there are two questions:
If #19548 was not re-fracked this will be quite a story:
This well is five or six years old; surrounded by other wells that have been fracked and will be fracked. See graphic at this post. Were #30991 - #30993 (inclusive) recently fracked? The production in 12/16 - 1/17 greatly exceeds production when initially fracked.

With a production jump like this, this well had to have been re-fracked, but as of 3/17, there is no data at FracFocus reporting a re-frack nor is there any evidence of a re-frack in the file report.

More on this one later. 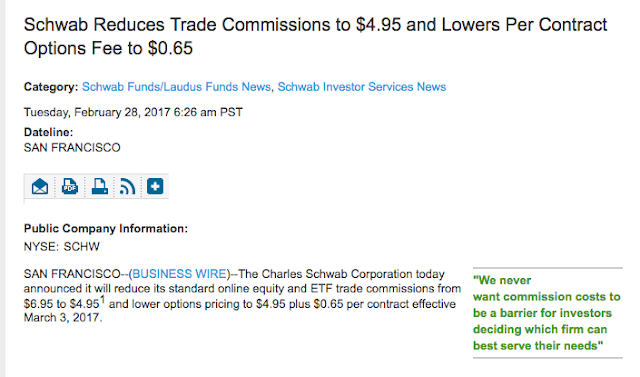 I'm looking for the small print, but it looks like on-line trades are going to go to $4.95 at Schwab.


Dream A Little Dream Of Me, Mama Cass Elliot
Posted by Bruce Oksol at 4:24 PM No comments:

It's going to be quite a night for blogging. But the blogging will be off and on. My family commitments begin at 2:30 p.m. with the three granddaughters: park for the youngest; soccer for the middle granddaughter; and, water polo for the oldest granddaughter.

To give you an idea of how much to talk about, minutes after posting the subject line to this post. I was sent this link: the real reason behind Dow 21,000 (no, it's not Trump's speech). In short, shorts panicked.

The writer of the article, or the headline writer, is absolutely wrong. He/she says it in the first couple of paragraphs. It was all about Trump's speech. The problem is that short sellers bet wrong on the speech, and bet wrong on Trump.

Yes, it was all about Trump's speech. And short sellers betting wrong. Although I doubt that was the sole reason for the run-up. But whatever it was, doesn't matter, does it?

I think it comes down to this:


North Dakotans have been spared meters for so long that some don’t realize the technology has changed, allowing people to pay with credit cards or smartphone apps instead of coins.

I assume New Yorkers think we still have hitching posts on Main Street and Indians are driving buffalo over cliffs.

Shortly after posting that a reader sent me a link to sayanythingblog with this story:


Last week I posted some video a #NoDAPL activist had taken of a MSNBC news team recording a segment from the Oceti Sakowin protest camp in south central North Dakota.

When I originally posted the video I couldn’t find where it had actually been broadcast. I thought that perhaps Perry, having been told that his report was inaccurate, decided not to use it. Turns out I was wrong. The utterly laughable segment really did air.

The video I originally posted showed reporter Cal Perry recording multiple takes of a broadcast in which he talked about a spring buffalo hunt which would have Native Americans floating the carcasses down the Missouri River.

“The tribes here go hunting for buffalo and they go hunting north of the river,” Perry said in one take. “Because the buffalo is so heavy, they kill it and flow it down here and that’s of course, what they feed their families with. What happens when we float that buffalo down the river and the river is full of oil?”

The original YouTube upload of the incident has since been taken down, but I archived a copy expecting that might happen.

See the video at the link. I truly hope this video is entered into evidence at the DAPL suit currently being adjudicated.


“Because the buffalo is so heavy, they kill it and flow it down here and that’s of course, what they feed their families with. What happens when we float that buffalo down the river and the river is full of oil?”


“Because the buffalo is so heavy, they kill it...

Flint, Michigan -- we will ban fracking -- Hillary Clinton -- google it.

From NPR: Michigan ends water subsidies to Flint despite mayor's opposition. So what's the story?

It turns out Flint water now meets federal standards, but folks got used to getting their water for free -- or at least lots of it for free.

I can understand the mayor's frustration, sort of, but NPR? Yup, this is such a typical story for NPR.
Posted by Bruce Oksol at 3:42 PM No comments:

NOG Announces Earnings; How Many Jobs Were Lost Due To ObamaCare? -- March 1, 2017

I have no idea but a tax of 1.5 cent per ounce on sugary and diet drinks in Philadelphia cost 100 workers their jobs. The denominator: 423 employees. Up to 100 of the 423 city's PepsiCo workers are now out of a job: PepsiCo's beverage sales fell 40% in the city because of the tax.

Archived.
Posted by Bruce Oksol at 11:53 AM No comments: 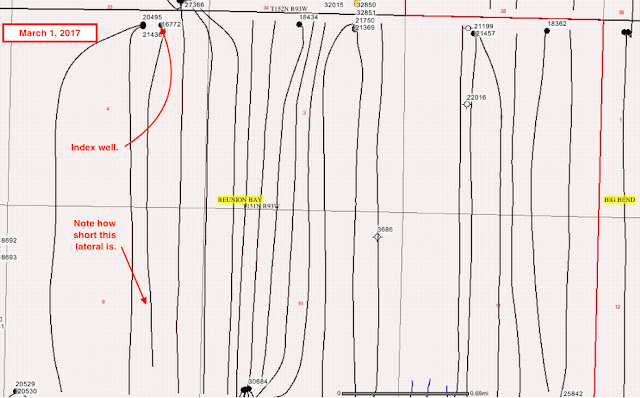