Portland, OR: actually I don't have any local news from Portland. I'm visiting, it's my second visit in less than thirty days to see the 10-month-old grandsons.

Stimulus checks: my daughter tells me they just received their $600 stimulus checks -- one each for her and Tim. They will get the checks for their boys when she and Tim file their income taxes later this spring, this round of checks plus checks from the initial round, which seems so long ago. And they will get another $1,400 each later this spring, and again, something for the boys.

Amazon Prime: my wife told me she doesn't watch Amazon Prime videos because she doesn't want to "take advantage of Amazon." Say what? We pay an annual subscription for Amazon Prime which includes a number of perks including a pretty extensive library of movie and television programs. My wife, Mayumi, thinks she is taking advantage of the "system" if she logs on to our account when she is in Portland, OR, and I am logged in while in Grapevine, TX. LOL. I told Mayumi that Jeff Bezos is the second richest man in the world. She should not be worried about taking advantage of the "system."

PSA: during that conversation I learned from our daughter/son-in-law, that not only is my wife, Mayumi, NOT taking advantage of Amazon but Amazon actually encourages all family members to log onto their Amazon Prime account. They now allow two adults and two children (or something like that) to set up individual sub-accounts on the main Amazon Prime account. Separate billing accounts are  set up and no one can see what the others are doing. So, Mayumi can use our Amazon Prime account to shop for things for me (or others) without me knowing what she is buying. She also pays for those things with her own credit card so I'm not hit for unforeseen credit card charges. I can watch R-rated movies on Amazon Prime without Mayumi knowing what I'm watching. Maybe Amazon has done this all along and I simply did not know. But I find it amazing that we can have several sub-accounts -- completely separate and "secret" -- under the one Amazon Prime account. I assume the way Amazon controls this is requiring identical billing addresses on the various credit cards.

My favorite story from the StarTribune article: the story of WWII POW Maurice Bonemeyer.

And on the day he was freed, Bonemeyer said, "Here comes this Sherman tank. That was the greatest sight I ever say."

Over the past week or so I've been re-reading The Los Alamos Primer: The First Lectures on How to Build an Atomic Bomb, Robert Serber, c. 1992.

This was a real find for me. I bought it at a small museum in Los Alamos when we visited last winter while on a ski vacation. It's a thin little book, only 63 pages, not including end notes, an appendix, index, etc. I think I've talked about it before on the blog; I don't remember.

As the title says, it is a transcript, along with explanatory notes, of the first five lectures given to every scientist arriving at Los Alamos in 1943 working on development of the "gadget."

It's amazing how little these scientists actually knew when they began this process and how fast and how far they advanced. The physicists who were there, who were involved is simply mind-boggling.

For anyone with a high degree of interest in this story, who already have three or four biographies of the men and women involved and another two or three books on the Manhattan Project, this book is must-have. It was very, very expensive at the museum; I assume it can found for much less on line.

On another note, from The New York Times, October 11, 2014: transcripts kept secret for 60 years bolster defense of Oppenheimer's loyalty. It certainly appears that Edward Teller was incredibly angry, vindictive, and petty. That certainly concurs with what was said in The Los Alamos Primer.

Of the Soviet spies not caught during the war, one of the most valuable was the British physicist Klaus Fuchs. Fuchs first offered his services to Soviet intelligence in late 1941. Soon thereafter, he began passing information regarding British atomic research.

Soviet intelligence lost contact with him in early 1944 but eventually found out that Fuchs had been reassigned to the bomb research and development laboratory at Los Alamos as part of the newly-arrived contingent of British scientists.

Fuchs worked in the Theoretical Division at Los Alamos, and from there he passed to his Soviet handlers detailed information regarding atomic weapons design. Returning home to begin work on the British atomic program in 1946, he continued to pass secret information to the Soviet Union intermittently until he was finally caught (largely due to VENONA), and in January 1950 he confessed everything.

For over four decades, Klaus Fuchs was thought to be the only spy who was a physicist at Los Alamos. In the mid-1990s, release of the VENONA intercepts revealed an alleged second scientist-spy: Theodore Hall.

Like Fuchs, a long-time communist who volunteered his services, Hall made contact with Soviet intelligence in November 1944 while at Los Alamos. Although not as detailed or voluminous as that provided by Fuchs, the data supplied by Hall on implosion and other aspects of atomic weapons design served as an important supplement and confirmation of Fuchs's material.

The FBI learned of Hall's espionage in the early 1950s. Unlike Fuchs, however, under questioning Hall refused to admit anything. The American government was unwilling to expose the VENONA secret in open court. Hall's espionage activities had apparently ended by then, so the matter was quietly dropped.

The most famous "atomic spies," Julius and Ethel Rosenberg, never worked for the Manhattan Project.

Julius Rosenberg was an American engineer who by the end of the war had been heavily involved in industrial espionage for years, both as a source himself and as the "ringleader" of a network of like-minded engineers dispersed throughout the country.

Julius's wife, the former Ethel Greenglass, was also a devoted communist, as was her brother David.

David Greenglass was an Army machinist, and in the summer of 1944 he was briefly assigned to Oak Ridge. After a few weeks, he was transferred to Los Alamos, where he worked on implosion as a member of the Special Engineering Detachment. Using his wife Ruth as the conduit, Greenglass soon began funneling information regarding the atomic bomb to his brother-in-law, Julius Rosenberg, who then turned it over to Soviet intelligence. As Greenglass later explained, "I was young, stupid, and immature, but I was a good Communist."

In March 1946, Greenglass left the Army. Soviet intelligence maintained contact with him, urging him to enroll at the University of Chicago in order to re-enter atomic research. The NKGB (the People's Commissary for State Security and the predecessor to the KGB) offered to pay his tuition, but Greenglass's application to Chicago was rejected. In 1950, the confession of Klaus Fuchs led the FBI to his handler, Harry Gold, who in turn led the FBI to David Greenglass. When confronted, Greenglass confessed, implicating his wife Ruth and his brother-in-law, Julius Rosenberg.

This was soon confirmed through VENONA intercepts (Rosenberg was codenamed ANTENNA and LIBERAL, Ethel was WASP, Greenglass was BUMBLEBEE and CALIBER, and his wife Ruth was OSA). The "rolling up" of the espionage ring stopped, however, with the Rosenbergs. Julius and Ethel (who knew of her husband's activities and at times assisted him) both maintained their innocence and refused to cooperate with authorities in order to lessen their sentences.

Because of his cooperation, Greenglass received only 15 years, and his wife, Ruth, was never formally charged. The Rosenbergs were sentenced to death. Authorities apparently hoped to use the death sentences as leverage to get them to name names, but the Rosenbergs maintained their silence. Despite a worldwide campaign for clemency, Julius and Ethel Rosenberg were executed on June 19, 1953.

Marathon still at three, and CLR is back up to two -- both CLR rigs drilling Gale wells in Dunn County.

However, look at this: the nearest well to the west of these wells:

ICYMI: top stories of the week have been posted. 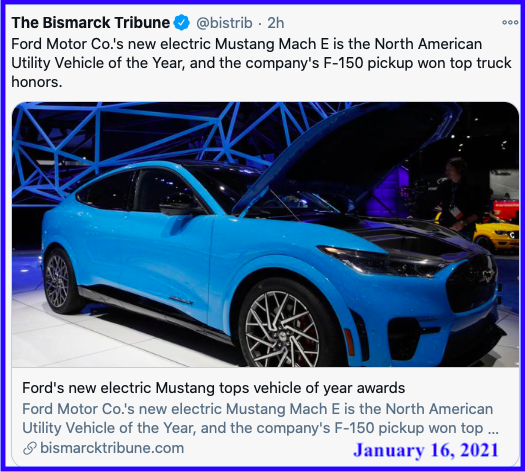 Mostly I'm posting this out of boredom. Not much going on.

Over at SeekingAlpha. Nice map at the site.  On average, from oil well to end user, America's natural gas, oil, and petrochemicals traverse six – six! – of Enterprise's mission-critical services.

I normally don't pay much attention to North Dakota legislative activity, but a four-hour flight from Grapevine, TX, to Seattle, WA, gave me an opportunity to spend some time doing just that.

I was surprised how interesting this all was.

Some data points from Geoff Simon's top ND energy news for the week:

Posted by Bruce Oksol at 1:05 PM No comments: