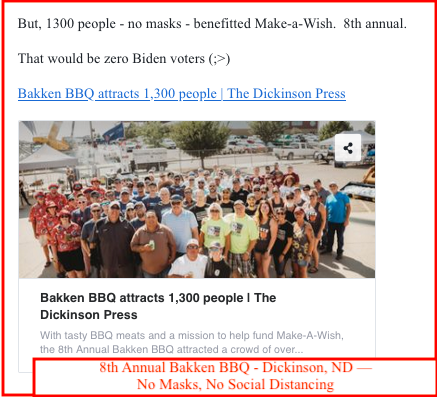 From another reader, local restaurant: 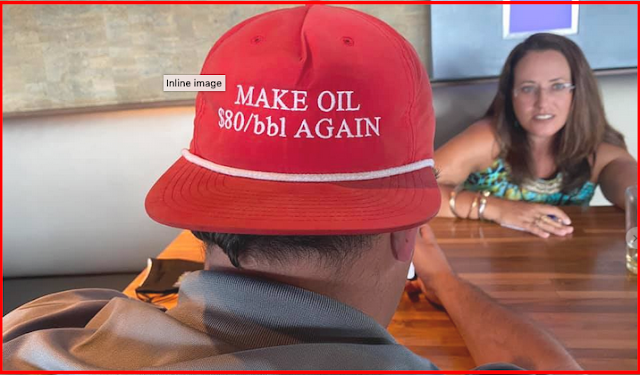 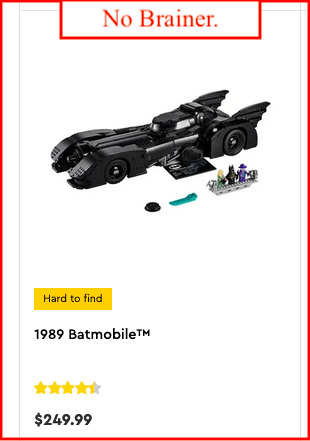 Backed into a corner:

Re-watching the LGPA, fourth round, Royal Troon. Sophia Popov. It's so much fun listening to the sportscasters who truly underestimated Popov ... until they could not ignore her any more. At the third hole, with back-to-back birdies, she extended her lead by four strokes. She was playing -5. Her closest competitor: -1.

Click on the first photo and then click through them.  Drag your cursor to far right or far left to get arrow move back or forward.

Again, they are quite spectacular.

My favorite: the state hospital in Fergus Falls, MN.

Be sure to send a note to Mr Whitten.

CNBC talking heads continue to tell viewers that AAPL is too pricey but are recommending and buying SBUX. 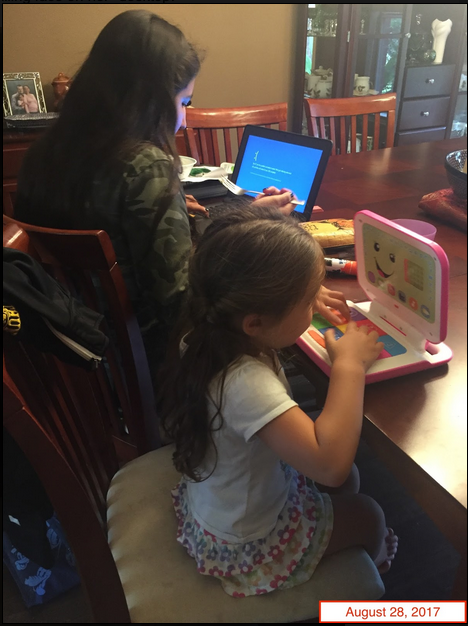 Sophia, age 3, alongside her older sister three years ago. 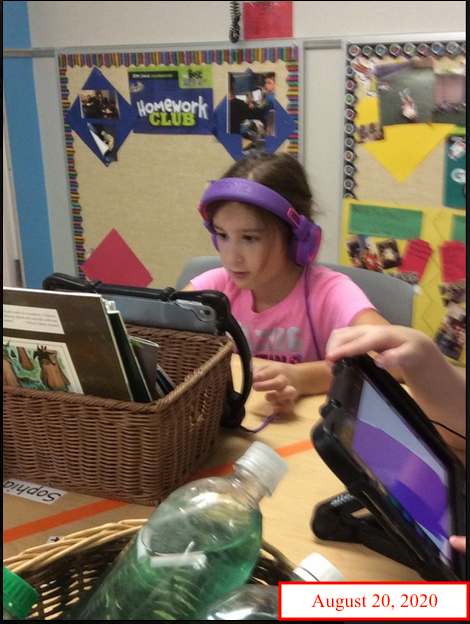 Sophia, three years later. By the way, among everything else, Sophia, now age six, is learning how to code.

Before we get started, a reminder:

This was sent to me by a reader moments ago:


Resurging production in North Dakota's Bakken Shale following a wave of spring shut-ins has pushed Canadian exports to the US Midwest on Northern Border Pipeline down to its lowest flow volumes in more than 15 years, increasing the AECO hub's discount to Chicago pricing.

However, Index of Customer data shows a year-over-year increase in Canadian Exports on Great Lakes Gas Transmission line this winter.

I don't have the automated tools I would need, and I don't have the time, but based on anecdotal data (daily posting of Bakken wells coming off the confidential list; initial production data of new wells; and, the EIA dashboards), it was very clear to me that Bakken natural gas production was going to surge following incredibly dismal months of May and June, 2020. I do believe May, 2020, was the worse of the few recent months. (Again, I am crude-centric, but as the Bakken play matures, the production of natural gas production increases with crude oil production.)

Check out the deposits in the Legacy Fund and it appears that is correct. The absolute worse months were June and July, 2020. August, 2020, deposits more than doubled those of July, 2020.

West Canada flows have averaged just 524 MMcf/d in August on Northern Border, the lowest in at least 15 years, and hitting as low as 400 MMcf/d for three straight days early this month, according to data by S&P Global Platts Analytics. In contrast, month-to-date flows averaged 994 MMcf/d in 2019.

Returning Bakken production is the primary reason behind reduced flows, as Platts Analytics production sample has averaged 2 Bcf/d this month, just 176 MMcf/d below samples seen from January through March. Coupled with this has been falling capacity along Northern Border. It has dropped 142 MMcf/d from the first three months to 2.5 Bcf/d this month at Glen Ullin.

Bakken production has climbed back to 1.97 Bcf/d, according to the latest data from the North Dakota Industrial Commission. However, it still remains well below the 3.1 Bcf/d the state averaged in March when the crude oil price collapse struck, prompting a wave of shut-ins, limiting associated gas production.

Fracking; from Texas Monthly -- the "mother fracker" reckons with the mother of all oil busts.

Pioneer CEO Scott Sheffield has been through more ups and downs than just about anyone in the business. This bust, he says, will change everything—forever.  This article was part of Texas Monthly's July 2020 "The Pandemic Has Changed Everything" package.

One morning in mid-April, Scott Sheffield, the chief executive of Pioneer Natural Resources, one of the largest oil producers in America, seated himself in the wood-paneled boardroom of his company’s headquarters in Irving, gazed into his computer’s camera, and begged a trio of Texas politicians for a lifeline. Over the past two months, oil prices had tanked 60 percent, effectively ending a years-long Texas boom and heralding what many in the industry were calling “the mother of all busts.”

As an estimated 30,000 viewers around the world watched online, Sheffield beseeched the three members of the Texas Railroad Commission, the elected body that regulates the state’s oil industry, to limit production, in a bid he hoped would ultimately boost the global price of crude.

Sheffield’s message bordered on heresy. He declared that the same oil revolution that had transformed the United States from petroleum importer to exporter had brought the industry to the brink of financial ruin. “It has been an economic disaster, especially the last ten years,” he said in testimony that had the feel of a key witness turning state’s evidence. “Nobody wants to give us capital because we have all destroyed capital and created economic waste.” If the government didn’t swoop in to save Texas oil producers from their excesses, Sheffield warned, “we will disappear as an industry, like the coal industry.”

It was a stunning admission coming from a man who has done as much as anyone to engineer a geological and geopolitical bonanza, one that now looks like a bubble. But the request for government intervention was also a characteristically strategic play for self-preservation by one of the longest-serving chieftains of the oil business—an industry that, following decades of expansion, now appears on the cusp of a slow, long-term decline.

It's a long article; I read through it quickly. Somehow the article did not resonate with me. Possibly because I do not follow the Permian. It certainly seems that based on what little I know, the Bakken and the Permian are two very different plays, about the only thing they have in common is that they are both shale plays.

I have to read the article again to see what I'm missing, but I guess I was "turned off" immediately when the CEO of Pioneer Natural Resources said that "if the government didn’t swoop in to save Texas oil producers from their excesses, Sheffield warned, “we will disappear as an industry, like the coal industry.”

Somehow I have trouble relating to that.

Not long ago, the economics for U.S. LNG exports were practically a no-brainer. Despite the longer voyage times and the resulting higher shipping costs from Gulf Coast and East Coast ports to Europe and Asia — by far the biggest LNG consuming regions — LNG priced at the U.S.’s Henry Hub gas benchmark presented a competitive alternative to other global LNG supply, much of which is indexed to oil prices, which were higher then. But earlier this year, as oil prices collapsed, COVID-19 lockdowns decimated worldwide gas demand, and international gas prices plummeted, the decision to lift U.S. cargoes has become much more nuanced, and the commercial agreements to support the development of new liquefaction capacity are much harder — if not impossible — to come by.

In the first few years since the U.S. began to export LNG in earnest in 2016, U.S. LNG producers and offtakers enjoyed a sort of honeymoon period. The first wave of U.S. export projects was well-subscribed, with over 90% of the capacity under long-term contract. The economics made sense. Abundant and still-growing gas supplies, particularly from the Marcellus/Utica and Permian basins, kept Henry Hub range-bound and relatively low compared with global LNG prices that were indexed to higher oil prices.

Additionally, growing gas demand in Asia and a tightening balance in Europe kept destination prices at significant premiums, providing attractive “arbs” (the difference between U.S. and export destination prices) and netbacks (the delivered price less the variable costs for moving a cargo) for U.S. offtakers. As additional liquefaction capacity came online in relatively rapid succession in 2016-19, utilization rates of each new capacity addition ran high, and exports grew steadily in lockstep with capacity, save for temporary reductions due to maintenance.

Multiple meanings (at least five). I was most interested in cursus as a sequence of prayers. And that led me to the "Liturgy of the Hours."

Posted by Bruce Oksol at 3:31 AM No comments: