Talk about coincidental. For reasons to be discussed later, I was curious about propofol. Look at this (the entire article is worth reading).

The 2018 Lasker~DeBakey Clinical Medical Research Award honors John B. (Iain) Glen (retired from AstraZeneca), who discovered and developed propofol, a chemical whose rapid action and freedom from residual effects have made it the most widely used agent for induction of anesthesia in patients throughout the world. In 2016, the World Health Organization deemed propofol an “essential medicine” and at the time of that decision, more than 190 million people had received the drug.


The Lasker Awards have been awarded annually since 1945 to living persons who have made major contributions to medical science or who have performed public service on behalf of medicine.

They are administered by the Lasker Foundation, founded by Albert Lasker and his wife Mary Woodard Lasker (later a medical research activist).

The awards are sometimes referred to as "America's Nobels". Lasker Award has gained a reputation for identifying future winners of the Nobel Prize. Eighty-six Lasker laureates have received the Nobel Prize, including 32 in the last two decades.

The four main awards are:

Propofol, or "purple flow" as some call it here in north Texas.


Propofol, marketed as Diprivan among other names, is a short-acting medication that results in a decreased level of consciousness and lack of memory for events.

Its uses include the starting and maintenance of general anesthesia, sedation for mechanically ventilated adults, and procedural sedation.

Maximum effect takes about two minutes to occur and it typically lasts five to ten minutes.

Common side effects include an irregular heart rate, low blood pressure, burning sensation at the site of injection, and the stopping of breathing.

Propofol is not a pain medication, so opioids such as morphine may also be used.

Propofol is believed to work at least partly via a receptor for GABA.

Propofol was discovered in 1977 and approved for use in the United States in 1989.

It is on the World Health Organization's List of Essential Medicines, the most effective and safe medicines needed in a health system.[

It is available as a generic medication.

The wholesale price in the developing world is between 0.61 and 8.50 USD per vial.

It has been referred to as milk of amnesia (a play on milk of magnesia) because of the milk-like appearance of the intravenous preparation.

Gasoline Demand Shows A Bit Of Life; Did Some One Tell A Mis-Truth When Mailing Those "Suspected" Explosive Devices -- October 24, 2018 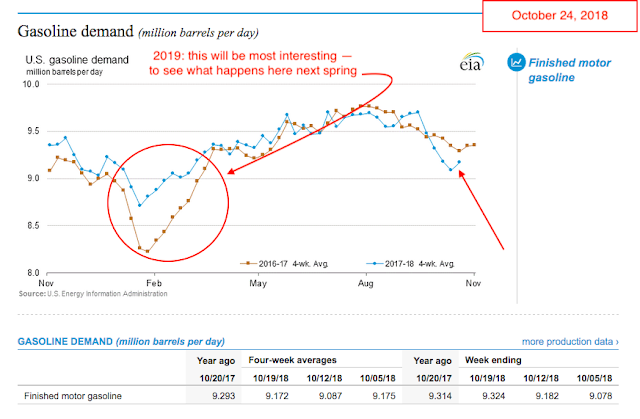 
Finally, we can say it. Global demand for crude oil to hit 100 million bopd any day now.  US, Russia, and Saudi Arabia produce about a third of that.

For what it's worth: a SeekingAlpha contributor suggests natural gas could double in price this winter/next summer.

Here's what I pointed out some weeks ago: there's enough historical evidence to suggest that it is not unthinkable to think that natural gas could triple in price.

Qatar, US, and Australia. Can't we all just get along? Some great stats.

Linked here -- record-setting October -- rain and cold. In the screenshot below, Tuesday is October 23, 2018 -- another full week to go. But look at that: cold and rain. DFW Airport with 15 more inches of rain that it usually gets in October. To put this in perspective, the average total annual rainfall in Portland, OR is 36.69 inches (posted Jul 18, 2017 -- at least that's what wiki says). So far in our backyard -- we still have two rainy months to go -- almost 44 inches of rain this year. 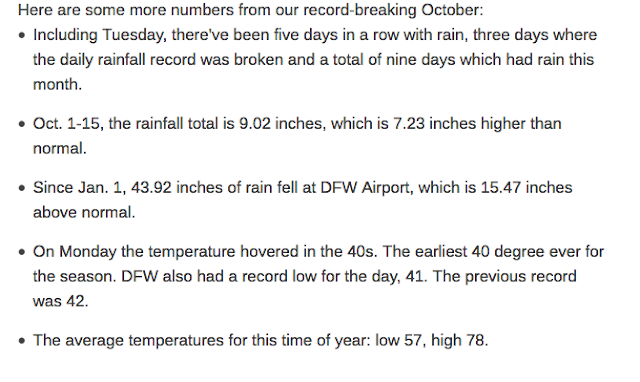 If this was hand-delivered by a non-postal employee, that's one thing, but if this was actually accepted by the US Postal Service, how did this ever get accepted? Whenever you mail a package through USPS you have to declare whether it's a pipe bomb or not. But then again, if not an explosive, not illegal to mail, I suppose. First thought: "clock boy." 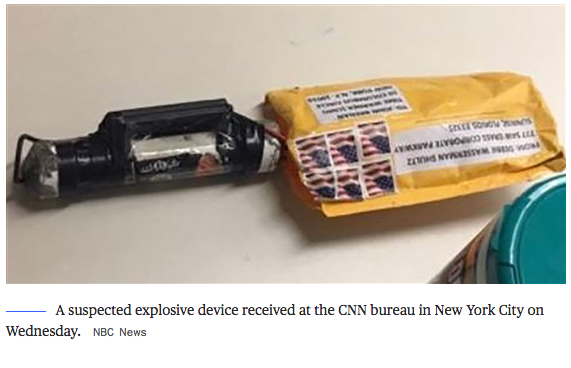 CBR, future: link here. Might write about it later. Probably not.

Massive earthquake stops fracking operation in England! Wow, talk about coincidental. I just talked about this frack yesterday -- implied that most Brits thought it was a bad, bad thing. Another link here. Screenshot from twitter ...

Playlist. Speaking of bad, bad things. This song is longer on MbS's playlist -- the title says it all, but the  lyrics don't fit ... whatever ... they did a bad, bad thing; I feel like crying ..

The flood --> the Ark --> Mt Ararat --> Turkey --> Catalhöyük. Howard Bloom, The God Problem, 2016, introduced me to the latter. A huge, long-researched, multi-national-archaeological team-site in south-central Turkey, near Konya. Catalhöyük changed the way that you and I think -- at least that's what Howard says on page 81. Instead of building a walled, circular city like Jericho -- the first city ever with manmade walls, they say -- the citizens of Catalhöyük did something completely different. First, they used mud -- a local natural resource to make mudbricks and then built a "city" of straight lines, right angles, and flat surfaces. From wiki:


The population of the eastern mound has been estimated to be, at maximum, 10,000 people, but the population likely varied over the community’s history. An average population of between 5,000 and 7,000 is a reasonable estimate. The sites were set up as large numbers of buildings clustered together. Households looked to their neighbors for help, trade, and possible marriage for their children.

The inhabitants lived in mudbrick houses that were crammed together in an aggregate structure. No footpaths or streets were used between the dwellings, which were clustered in a honeycomb-like maze. Most were accessed by holes in the ceiling and doors on the side of the houses, with doors reached by ladders and stairs. The rooftops were effectively streets. The ceiling openings also served as the only source of ventilation, allowing smoke from the houses' open hearths and ovens to escape. Houses had plaster interiors characterized by squared-off timber ladders or steep stairs. These were usually on the south wall of the room, as were cooking hearths and ovens. The main rooms contained raised platforms that may have been used for a range of domestic activities. Typical houses contained two rooms for everyday activity, such as cooking and crafting. All interior walls and platforms were plastered to a smooth finish. Ancillary rooms were used as storage, and were accessed through low openings from main rooms.

All rooms were kept scrupulously clean. Archaeologists identified very little rubbish in the buildings, finding middens outside the ruins, with sewage and food waste, as well as significant amounts of wood ash. In good weather, many daily activities may also have taken place on the rooftops, which may have formed a plaza. In later periods, large communal ovens appear to have been built on these rooftops. Over time, houses were renewed by partial demolition and rebuilding on a foundation of rubble, which was how the mound was gradually built up. As many as eighteen levels of settlement have been uncovered.

The Turks have "known" honey since antiquity. One wonders ...
Posted by Bruce Oksol at 11:28 AM No comments:

Email ThisBlogThis!Share to TwitterShare to FacebookShare to Pinterest
Labels: CBR 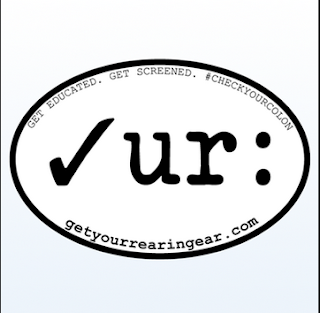 Weather report: another day of rain in north Texas.

Ship-building report: the DFW "ark" -- christened the USS Cruiz -- is about 75% complete. 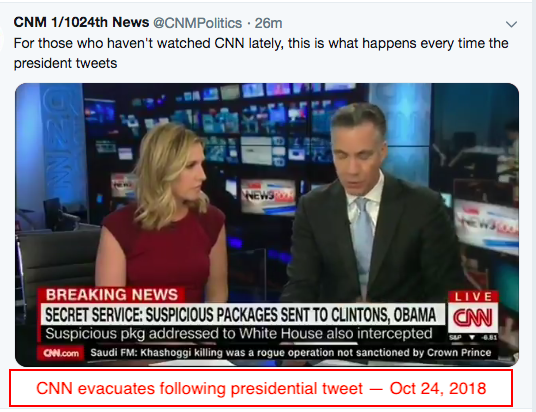 Weekly petroleum report: EIA weekly report;
Upstream: planning more spending. Link here.
Disclaimer: this is not an investment site. Do not make any investment, financial, job, travel, or relationship decisions based on what you read here or what you think you may have read here.

Energy investing: if you are invested in energy today and you need your cash, you are probably not a happy camper. I haven't look at the market today (and have no plans to) but I suspect ... whatever.... now, two things come to mind. First, buying opportunity, if one has a long horizon. Greater than six months. Second, the major oil companies are drowning in cash. What do CEOs and directors do when their companies are doing great but their stocks are not doing so great? Generally, they like to reward shareholders. As in dividend increases. So, we'll see. Whistling past the graveyard as they say.


RBN Energy: what's going on with Bakken prices? And are constraints on the horizon? Archived.


The discount for Bakken crude prices at Clearbrook to WTI at Cushing has been on a rollercoaster in recent weeks, widening from $1.30/bbl at the beginning of September 2018 to over $10/bbl in mid-October and narrowing again most recently.

There are several factors at play here. Canadian production has overwhelmed area pipelines and prices are being heavily discounted.

These cheap Canadian barrels are creating oversupply issues at markets that Bakken barrels also trade into.

On the demand side, Midwestern refiners are in the middle of seasonal turnarounds, reducing the demand for both Bakken and Canadian grades.

Meanwhile, Bakken production growth continues to steadily chug along, increasing by over 150 Mb/d since the beginning of the year. And while this recent Bakken price angst is cause for concern, there is a looming bottleneck for pipeline space that could really shake things up sometime next year. Today, we examine the recent price phenomenon, the relationship between Canadian crude differentials and Bakken prices, and why producers should be concerned about future pipeline shortages.

Posted by Bruce Oksol at 5:28 AM No comments: