This is for the archives. I've only mentioned "Allam" once on the blog; I've mentioned La Porte, Texas, a couple of times.

A reader suggested that with the (somewhat unexpected) large gas production in North Dakota, one has to wonder if it might make more sense to use natural gas directly rather than convert coal to gas (at least initially), using the Allam cycle.

If one considers the amount of lignite in North Dakota, one can think of our state as a huge energy producer (Allam power cycle) not in terms of decades but in terms of centuries.

Allam cycle is essentially zero emissions, as I understand it. Algore would be thrilled.

The reader went on: due to population differences, fossil fuel energy's impact on a NoDak is 15x that of Texas' energy on a Texan. That applies to tax revenue and overall economy.

If the Allam cycle production plant in Texas is a success, there might be huge opportunities in North Dakota.


Every Picture Tells A Story, Rod Stewart
Posted by Bruce Oksol at 5:38 PM No comments:

Over at SeekingAlpha. At the link, this is the well I'm interested in (see graphic): 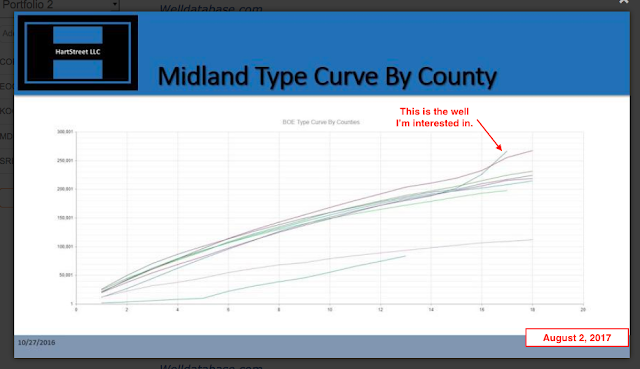 Nice discussion regarding Columbo and Dial M For Murder.
Posted by Bruce Oksol at 2:18 PM No comments:

On/about April 15, 2016, Slawson requested to place this well on the TA (temporary abandon) list for economic reasons, saying it would bring the well back to active (A) status once economic conditions improved. The NDIC denied the request on/about May, 2016. Check to see what happened next.

This well was shut-in for 24 months or so, before finally coming back on line.

That's the theme of the Bloomberg article. Things aren't quite that simple, but here's the lede:


The number of U.S. honeybees, a critical component to agricultural production, rose in 2017 from a year earlier, and deaths of the insects attributed to a mysterious malady that’s affected hives in North America and Europe declined, according a U.S. Department of Agriculture honeybee health survey released Tuesday.

The number of commercial U.S. honeybee colonies rose 3 percent to 2.89 million as of April 1, 2017 compared with a year earlier, the Agriculture Department reported. The number of hives lost to Colony Collapse Disorder, a phenomenon of disappearing bees that has raised concerns among farmers and scientists for a decade, was 84,430 in this year’s first quarter, down 27 percent from a year earlier. Year-over-year losses declined by the same percentage in April through June, the most recent data in the survey.

Still, more than two-fifths of beekeepers said mites were harming their hives, and with pesticides and other factors still stressing bees, the overall increase is largely the result of constant replenishment of losses, the study showed.

Email ThisBlogThis!Share to TwitterShare to FacebookShare to Pinterest
Labels: Honey 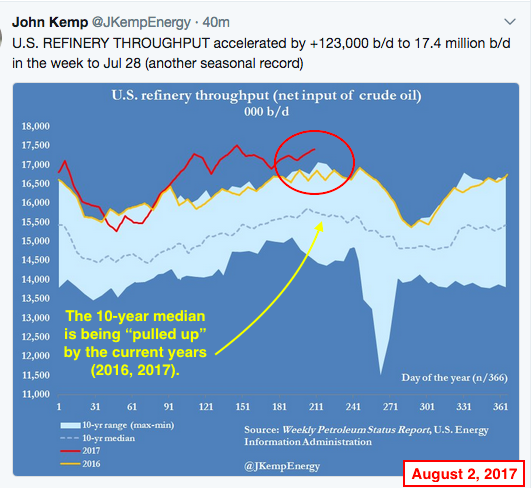 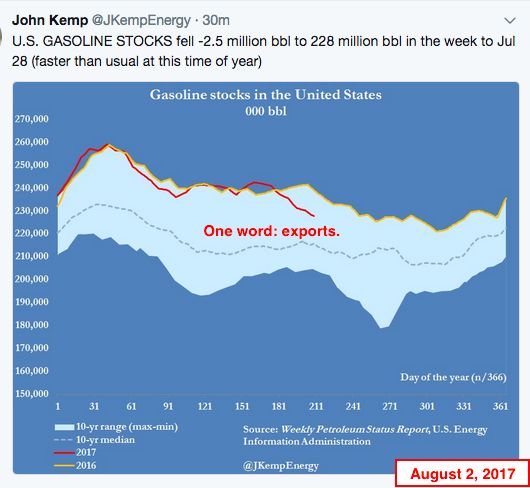 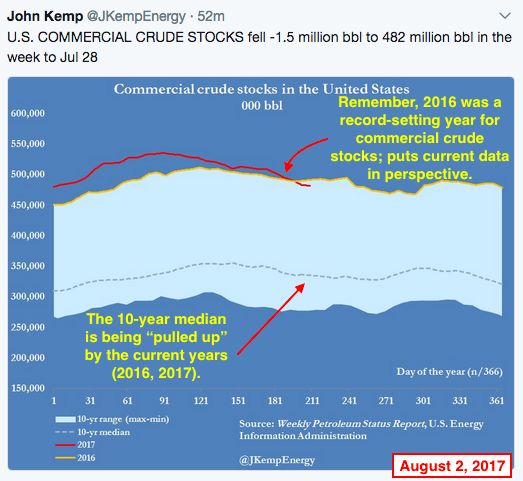 US crude oil reserves fell less than expected in latest report. This link will download a PDF on your screen: go.usa.gov/xRPEP  .

Weeks to re-balance: 39 weeks (up from 38 weeks following previous report):

A reader sent me the link to this CNBC article: OPEC wants oil above $50, but US shale producers won't play along.


Saudi Arabia is doing a great job in perpetuating this myth, that ND and TX won't play along.

In fact, as I posted on the blog earlier this week, total OPEC production has hit new records (mostly due to Iraq).

Saudi Arabia has a problem; it's not ND, TX. Saudi Arabia's problem is Iraq, Iran, and Libya.

I assume it was Saudi money that was behind all the efforts to kill shale crude oil pipelines and all the anti-fracking activity. Not all Saudi money but a huge portion of it.

Later: the reader reminds me that Putin was also involved in the US anti-fracking, anti-pipeline movement.
Posted by Bruce Oksol at 10:08 AM No comments:

The other day I posted this photo: 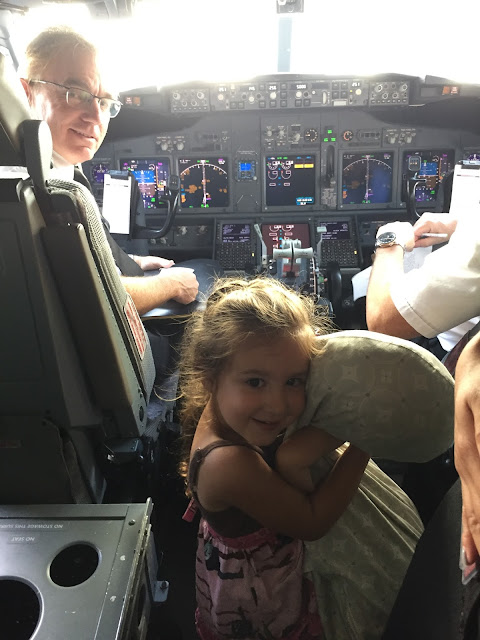 Today, I woke up to this headline:

I'm not sure how the pilots are doing but Sophia is safe and sound, back on the ground. I'll get her side of the story later. LOL.

Sophia was heard to have said this: any landing you walk away from, was a good landing.
Posted by Bruce Oksol at 9:45 AM No comments:

I was barely able to get this screenshot -- almost missed it ... if you can't read it, the first bullet:


EOG is the largest US E&P company. 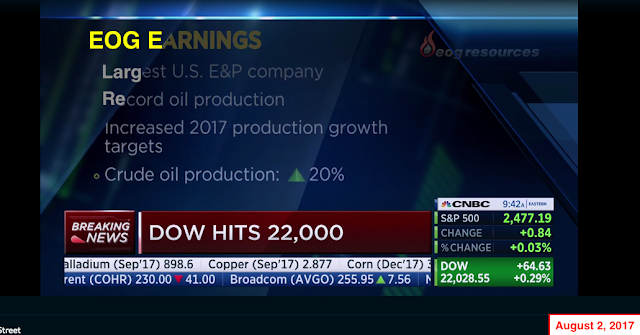 In 2015, Texas consumed a total of 13 quadrillion British thermal units (Btu), or about 13% of total U.S. energy consumption. Texas has consumed the most energy in every year since 1960, the earliest year for which EIA has data.

Ranking second in energy use, California consumed a total of 8 quadrillion Btu, about 8% of U.S. total energy use.

Louisiana, Florida, and Illinois round out the top five energy-consuming states, which together account for more than one-third of total U.S. total energy use.
Total energy consumption by the top 10 states exceeded the combined energy use of the other 41 states (including the District of Columbia). --- EIA

California would consume much more energy but high tech companies in California outsource much (most?) of their manufacturing to China, Taiwan, elsewhere.
Posted by Bruce Oksol at 8:49 AM No comments: