But the question everyone is asking: 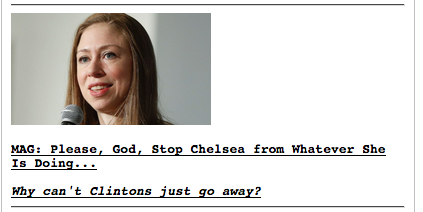 How can the #2 Spurs lose two games (actually, lose any game) to the #7 Grizzlies. This is beyond embarrassing. After four games, the Grizzlies have tied the Spurs, and now -- after everyone was predicting a "sweep" by the Spurs -- it's now a "best out of three games."

Having said that, "congrats" to the Grizzlies and their fans.
Posted by Bruce Oksol at 3:38 PM No comments:

The Washington Post has an update on Prince Salman's plan for Saudi Arabia. If there is a paywall google: Ever since oil was discovered in the Arabian desert in 1938, Saudi Arabia has been the world’s premier petro-state and the dominant force within the Organization of the Petroleum Exporting Countries. Washington Post.

Inside the article, there may be more interesting stories, like this one, from a year ago: how OPEC lost control of the oil market (April 15, 2016).
Posted by Bruce Oksol at 2:47 PM No comments:

This is from NASA.

I should do this as bullets or data points, but maybe later. Too much other stuff to do right now.

The maps at the link show snow-water equivalents (in meters of liquid water) across the Tuolumne River Basin as measured by the ASO team in 2015 and 2017.

Snow-water equivalent (SWE) is an estimate of how much water you would get if all of the snow melted at once. Dark blue areas indicate the deepest snow and most water, while light blue to white areas have much less snow.

“In such a huge snow season, the data available from ASO will provide critical guidance for water managers as we enter into the peak melt season later this spring,” said Frank Gehrke, chief of the California Cooperative Snow Surveys at the California Department of Water Resources.

Snowpack across California in 2017 is close to the largest total on record.

ASO data from Tuolumne measured the snowpack there to be twice the volume present in April 2016, and 21 times larger than in 2015, the lowest on record.

The combined April 1 snow water equivalent of 2013 through 2016—when California was in an intense drought—add up to just 92 percent of the 2017 total.

According to reports from the California Department of Water Resources, the state as a whole received 175 percent of the average rain and snowfall for fall and winter; it saw 160 percent of the average snowfall. In much of the Central Sierra, snow lies 8 meters (25 feet) deep, and in some high mountain basins, it is deeper than 24 meters (80 feet). Water managers estimate that as much as 36 million cubic kilometers (29 million acre-feet) of water is now stored in the mountains across the state.

The best news: this was all reported before President Trump's 100th day in office.

From Don. Incredible. Lots to say, but not today.

Things started "looking up" for the Bakken a couple of weeks ago but the week ends with the number "49" for two metrics:
Energy wrap-up for the week at this page. But there's a lot of conflicting data out there.

The world is drowning in oil: Reuters data shows that the volume of crude oil plying the world’s oceans hit a record high 47.8 million barrels per day in April, a 5.8 percent jump compared to December levels. That is a worrying sign given that December was the month before OPEC began reducing, so if global crude oil shipments are above even those elevated levels, then supply is probably higher right now than many believe.

Other news:
US petroleum demand back to record highs

Bakken 101
ND legislature clarifies minerals under Lake Sakakawea
Posted by Bruce Oksol at 10:15 AM No comments: