WTI: I don't think the "fundamentals" support what I'm going to say next, but there seems to be a bit of a tailwind pushing the price of WTI toward $55. Just thinking out loud. Maybe hopeful wishing.

Getting history right: Marc Faber needs to get his history right. We were fortunate the Scotch-Irish won the American Revolutionary War of 1776 and not the English.

The clock is ticking: http://www.dailymail.co.uk/travel/travel_news/article-4988598/Americans-soon-need-passport-domestic-flights.html. Note: North Dakota is NOT compliant. Nor is Minnesota. Nor the entire west coast. Virginia got an extension. 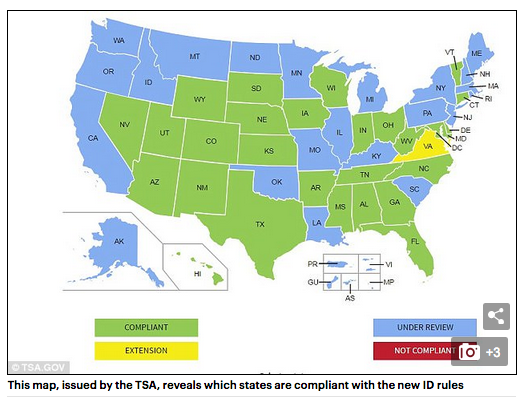 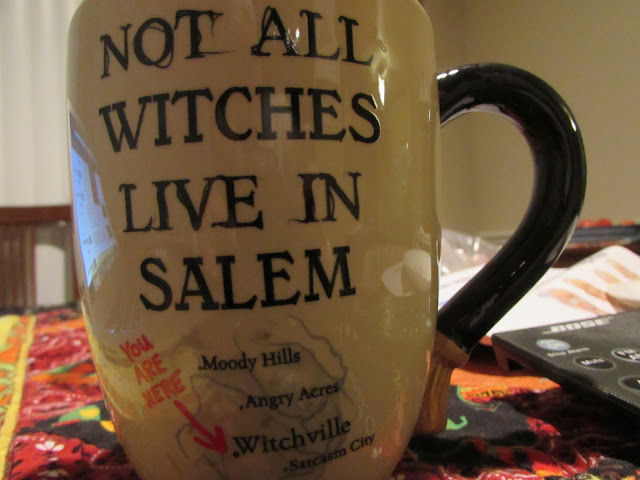 Miscellaneous Meanderings -- Nothing About The Bakken -- October 17, 2017


In the notice issued to its investors, SCANA said it had been served with a subpoena and would "fully cooperate" with the probe by the U.S. Securities and Exchange Commission and couldn't provide any details about the inquiry's timeline or outcome.

Thousands of people lost their jobs when the project failed. More than half a dozen lawsuits have been filed, some by ratepayers angry they've been charged $2 billion to pay interest on debt, via a series of rate hikes since 2009, without any power being generated.

Costs associated with the abandoned project currently account for 18 percent of SCE&G customers' bills, even though the project has been terminated. The Office of Regulatory Staff - the state agency that represents the public interest in utility cases - has asked state regulators to force SCE&G to stop billing customers for the failure.

If the probe affects the company adversely, something tells me this becomes an even bigger mess. It will be interesting to see how this plays out. Regardless of how it plays out, it's just one more nail in the coffin in which nuclear energy resides.

Unless of course, it's one of her big toes. According to Mayo Clinic when asked whether a broken toe is life-threatening:


In most cases, a broken toe can be immobilized by taping it to a neighboring toe. But if the fracture is severe — particularly if it involves your big toe — you may need a cast or even surgery to ensure that your broken toe heals properly. Most broken toes heal well, usually within four to six weeks.

The tea leaves suggest the Dow 30 will close above 23,000 for the first time ever tomorrow. Tesla bounced back a bit today after stories suggested that recent firings were part of a cost-cutting measure. I doubt the two were related, but if that's true, the firing of a few hundred employees speaks volumes about Tesla's financial situation at the moment. A contributor over at SeekingAlpha suggests AAPL is worth $300 based on comments made by Warren Buffett.

The Birth of the Pill: How Four Crusaders Reinvented Sex: Jonathan Eig, c. 2014

Well worth the read for those interested in this topic.

The quest for The Pill began in December, 1950, when a 71-year-old woman "who loved sex and had spent forty years seeking a way to make it better" met with a 47-year-old scientist who had been fired by Harvard University who deemed him "too dangerous" when it came to his research.

The scientist, Gregory Goodwin Pincus, had many research projects going on simultaneously. In human reproductive science he was interested in helping women who were unable to become pregnant.

Margaret Sanger was known by "almost everyone" in America by 1950. "It was Sanger who had popularized the term 'birth control' and almost single-handedly launched the movement for contraceptive rights in the United States."

"On June 10, 1957, after taking two months to review the application filed by G. D. Searle & Co., the FDA approved the sale of Enovid for infertility and menstrual irregularities." -- p. 258.

On April 7, 1960, Searle was notified that the FDA had approved Enovid for contraceptive purposes.

The book is well researched and has an excellent index. The words "Nobel Prize" do not appear in the index.

The first issue of Playboy magazine appeared in December, 1953. "In 1958, seventeen states still had laws banning the sale, distribution, or advertisement of contraception." In Massachusetts where most of the research was being done, it was a felony to even give out information about contraception. 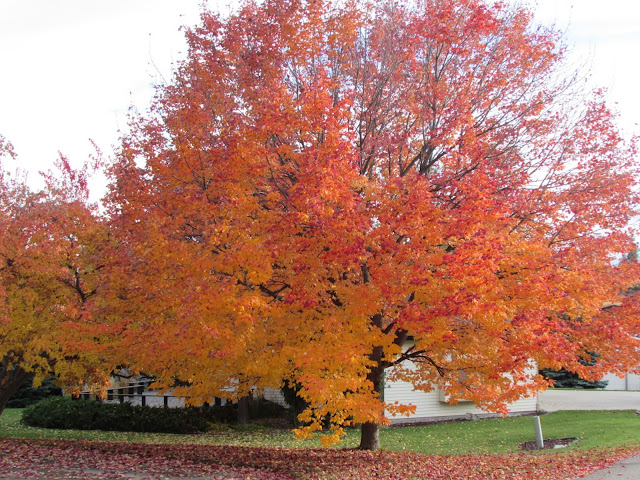 Posted by Bruce Oksol at 7:47 PM No comments:

Over at "Bakken Operators" this is the only post (link here):

The other two existing Windridge wells:


The Nelson #1 targets a thin carbonate zone of relatively low permeability and low oil saturation. This thin offshore shoal, unofficilly termed the "Nesson Notch," lies directly above the Frobisher anhydrite and pinches out into the Frobisher towards the eastern margin of the basin.

Traditionally, vertical wells that were completed in the Nesson porosity were capable of producing oil but at marginal rates. The production is thought to be limited by low permeability, reservoir heterogeneity and lateral lithology variations.

Concentration on maximizing exposure to the target results in increased initial production and EUR and in diminished water production.

Other information:
Dual Nesson laterals (one horizontal running north; one running south) at Nelson #1 appeared to duplicate the success of recent horizontal wells in the "Nesson Notch" play. The Nelson #1 was an engineering and geologic success.

The geologists suggest this well "appears to be another success at Flaxton field."

From a CLR press release:


Continental Resources, Inc. today announced its first-ever sale of Bakken oil specifically for delivery overseas. The company has sold 1,005,000 barrels of Bakken crude oil for November delivery to Atlantic Trading and Marketing , which intends to export the oil to China.

Daily sales transactions of 33,500 barrels per day in November will take place in Cushing, Oklahoma. ATMI then plans to transport the oil for loading on tankers at Texas ports.


"This new normal was created by the American shale energy revolution and the lifting of the 1977 crude oil export ban. We expect to see many similar industry transactions in coming months and years."

In December 2015 the U.S. lifted its ban on oil exports, allowing foreign sales to be transacted without a license. Oil exports have grown steadily in the past two years, primarily to foreign refineries configured specifically to process light sweet crude oil.


"The current $6 discount to Brent should not exist, given the consistency and high quality of WTI, as well as relative shipping costs," he said. "Stabilized U.S. production and increasing industry sales of American crude to international markets will drive down U.S. inventories, correcting much of the recent disparity between Brent and WTI prices. Modern modes of transport in the crude oil sector today eliminate price disparities between markets and allow free markets to work."

Same story over at Oil & Gas Journal.
Posted by Bruce Oksol at 3:50 PM No comments:

The Energy And Market Page, T+269 -- October 17, 2017; Let's See If Wind And Solar Can Make It On Their Own -- Australia To End All Wind And Solar Subsidies As Of 2020 To Help Reduce Electricity Costs For Consumers; ESPN Does Not Televise National Anthem For MNF

Disclaimer: this is not an investment site. See "welcome" page at top left.


Enbridge: I can hardly wait to read this story over at Twin Cities Pioneer Press: US State Department grants permit for Alberta Clipper pipeline. It took the US State Department five years to study this 3-mile section of pipeline that was already in place; and the oil was being "re-routed" through a parallel older pipeline until the permit was approved. See this post and this post. And folks still wonder why I support this administration. Wow, eyes wide shut.

Australia rejects clean energy target: from PennEnergy.  It looks like with regard to clean energy craziness, Europe is going it alone.


The Australian government on Tuesday rejected a plan to generate 42 percent of the country's power from wind and solar energy, in a setback for compliance with climate change commitments.

Conservation groups have condemned the ruling conservative coalition for abandoning the renewable energy target for 2030 that was recommended this year by Australia's chief scientist to comply with the Paris climate change agreement.

The government instead plans to require power companies to provide a certain minimum amount of power from coal, gas and hydroelectric generation. Reliance on solar and wind generation would be limited according to the needs of each state for guarantee of supply.

The policy change will end subsidies paid to wind and solar generators from 2020, to help reduce costs for consumers.

Since election day, as of yesterday: 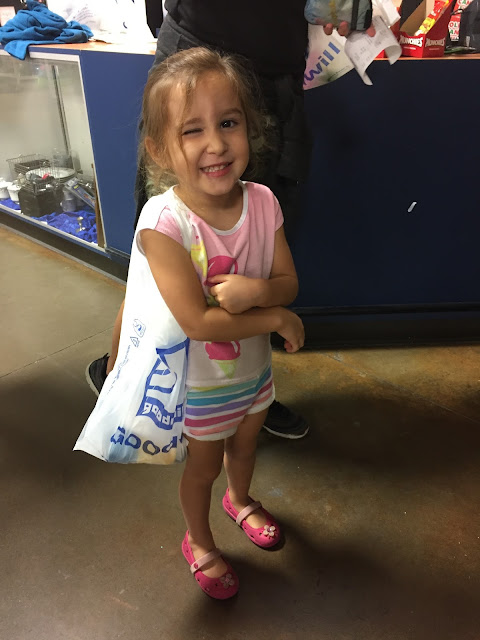 
It felt like a little bit of history was being made on Monday Night Football as the Tennessee Titans finally snapped their streak of 11 consecutive losses to the Indianapolis Colts. However, as social media sparked with ESPN not showing the playing of the national anthem, another type of history was also being made: Last night’s primetime broadcast of the Titans’ 36-22 victory stumbled to a season low with a 6.1 in metered market results.

In a season stained by overall ratings declines and political controversy, that NFL Week 6 rating is down 13% from the early numbers of the much tighter October 9 matchup between the Minnesota Vikings and Chicago Bears. That MNF season low went on to deliver a 3.7 rating among adults 18-49 and a total viewership of 10.3 million. It’s worth noting that the peek of last week’s MNF came at halftime on the Disney-owned cabler when the new Star Wars: The Last Jedi trailer debuted.

Year-to-year, last night’s MNF dipped just over 3% in the MM results from the Arizona Cardinals’ 28-3 demolition of the New York Jets on October 17, 2016. With a rating that matched the Jets score, that demo season low eventually landed with a 3.0 among the 18-49s and 8.4 million viewers, an almost audience bottom.

Enbridge: I can hardly wait to read this story over at Twin Cities Pioneer Press: US State Department grants permit for Alberta Clipper pipeline. It took the US State Department five years to study this 3-mile section of pipeline that was already in place; and the oil was being "re-routed" through a parallel older pipeline until the permit was approved. See this post and this post. And folks still wonder why I support this administration. Wow, eyes wide shut.

I'll be back to the blog in an hour or so after taking the granddaughters to school, but, wow, did you see the earnings being reported by Goldman Sachs? Absolutely incredible. And the subscriber growth being reported by Netflix. One of my favorite companies (I have never invested [directly] in Netflix; never will; but I love the company.)  TSLA appears to be struggling. United Health beats estimates.

And after being flat most of the night, Dow 30 futures are up nicely again this morning.

Forbes top 500 richest Americans is out.

Disclaimer: this is not an investment site. Just trying ot put the Bakken into perspective.

Short-sighted: I can't wait to read this article. The headline suggests that someone doesn't know much about investing. Jordan Weissman over at Slate. In case the link breaks, the headline says it all: We Could Send $1,000 a Year to Every Worker in America for the Cost of Trump’s Corporate Tax Cut.

Iraq: biggest story in the Mideast today -- Iraqi forces seize oil city Kirkuk from Kurds in bold advance. Nothing like the US destroying ISIS to free up the Iraqis to go after the Kurds.

Financial "expert"? Writer doesn't appear to understand anything about the "theory" of investment.
Posted by Bruce Oksol at 7:20 AM No comments: