Not ready for prime time.

I have internet capability but I am greatly pressed for time. I am gradually catching up but wow! I can hardly believe all the "stuff" that has happened in the past two days.

Google maps said, at posted speed limits and no stopping for rest, it would take one full day (24 hours) + six hours.

A two-hour time difference worked in my favor, though I will lose that "advantage" on the return trip home.

One of the best things about cross-country trips, especially at night, is listening to radio hosts talking about UFOs and Area 51. I was hoping to see some meteors during my all-night driving but if there were any I missed them. I did learn about the new asteroid headed towards earth (it will not affect this year's US presidential campaign):


Two Indian schoolgirls have discovered an asteroid which is slowly shifting its orbit and moving toward Earth. Radhika Lakhani and Vaidehi Vekariya, both studying in 10th grade, were working on a school project when they discovered the asteroid, which they named HLV2514.

That's a temporary name; one the asteroid is verified by an independent team of astronomers, the young women can give the asteroid its permanent name.

The schoolgirls found a vocation where they could practice social distancing when the 2020 spelling bee was postponed for the year due to "the virus."


No asteroid is awarded a name until it has been observed long enough for its orbit to be determined with a fair degree of precision. This may take several years, but when it is achieved the body is awarded a “permanent designation” (a number issued in strict numerical sequence) and the discoverer is invited to suggest a name for approval by a special committee of the International Astronomical Union.

Strictly speaking, Ceres, the first known asteroid, is known as (1) Ceres. Examples of more unusual or whimsical names include (7758) Poulanderson (named after a science fiction author), (8749) Beatles (named after the 1960s pop group), and (5460) Tsenaat'a'i (which means “flying rock” in the Navaho [sic] language).

The prize for the most imaginative name goes to (2037) Tripaxeptalis. The name is pure invention but sounds like “triPax-septAlice”, which reflects the fact that its permanent designation is three times that of (679) Pax and seven times that of (291) Alice.

Until its orbit has been sufficiently well-documented, each new discovery is known only by a “provisional designation” consisting of the year of discovery followed by two letters and, if necessary, numbers that relate more precisely to the date and sequence of discovery.

This song, by the way, led to Killing Me Softly With Your Song, and one of the most sought-after items for urban guerilla warfare, the "Roberta Flak jacket" popularized by Hillary Clinton after she landed in Bosnia under sniper fire.

There were three energy stories that caught my attention during the forty hours on the road. The first was the presidential permit allowing the Keystone pipeline to carry more oil. The second was the announcement that Bruin E&P was filing for bankruptcy. I would have missed that story but two readers alerted me to that one. The third story: a huge solar energy farm going broke. Again, this one brought to my attention by reader. I will get back to the solar energy farm later, if I don't forget. Too tired tonight.

This was the biggest earnings story. Did  you all see this one? Amazon. Analysts forecast earnings of $1.50/share. Amazon reported earnings of $10/share. Numbers are rounded. Links to follow. But if accurate, that has to be some kind of record. 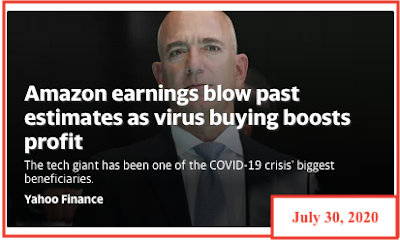 The second biggest earnings story: Apple. I will come back to that one.

QCOM had a huge day.

Exciting.
Posted by Bruce Oksol at 10:27 PM No comments:

Somehow I missed this one -- a reader alerted me to it.

The energy company filed for Chapter 11 bankruptcy Thursday in federal court in Houston.

The privately-held company, which is focused on oil and gas production in North Dakota, said it was forced to file for bankruptcy after its lenders reduced the company’s credit line, causing the company to be overdrawn by more than $170 million.

The reader sent the following, thank you, very much: 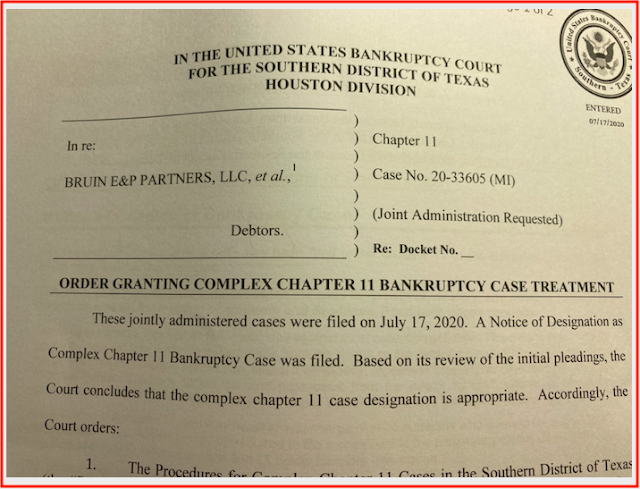 
The North Dakota Supreme Court has ruled in favor of the state over a law intended to clarify long-disputed ownership of minerals under a Missouri River reservoir.

The court's opinion released Thursday centers around a law signed by Gov. Doug Burgum in 2017 that limited state mineral claims under Lake Sakakawea to a smaller area than it had previously claimed. The move has been estimated to cost the state nearly $187 million it already had collected in oil-drilling royalty payments that must be returned.

When Trump came to office, he revived TC's proposed Keystone XL pipeline, which has been delayed by opposition from landowners, environmental groups and tribes. It would give Canada expanded access to its top oil market after its existing pipelines ran full in recent years.

TC expects Keystone XL to enter service in 2023. Construction is underway in Canada, and TC is working on a revised 2020 U.S. work plan focusing on areas that have all permits and approvals, Girling said.

Much more at the link.
Posted by Bruce Oksol at 8:05 PM No comments:


Three producing wells (DUCs) permitted (sic) -- that's how it was reported on the Daily Activity Report; I believe it should be three producing wells (DUCs) reported as completed:
Four permits renewed:
Ten new permits, #37756 - #37765, inclusive --
Note: this may not be the first time this has ever happened, but this is the first time I've seen it -- all ten (10) wells are spaced for 2560-acres; generally eight permits are spaced for 1280 acres and two are section line wells spaced for 2560 acres.

Still traveling; no hotel/motel stops. Cat naps here and there. 1726 miles  since Tuesday night, 9;00 p.m. CDT.  Now Thursday morning, 11:17 a.m. CDT. Masks are now universal. McDonald's still has free wi-fi and it reaches into the parking lot. Whoo-hoo. So, we have Covid-19, a national coin shortage, heat wave across the northern tier, and, road construction everywhere, which gets pretty sporty at midnight among the 18-wheelers. 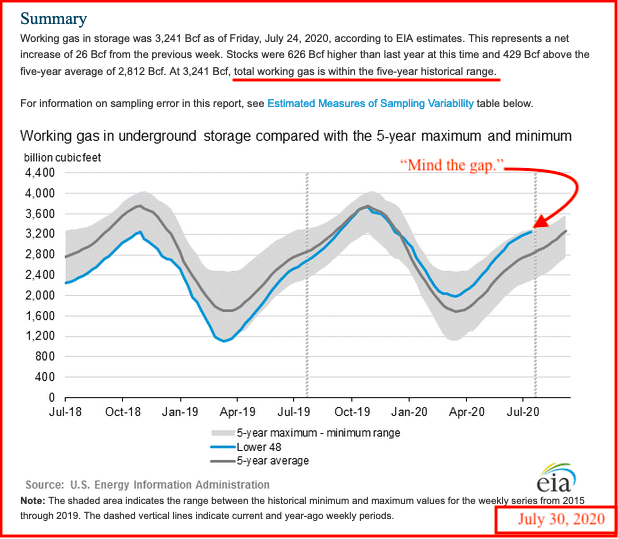 
The fundamental drivers of global energy markets are shifting as the world begins to recover from the crisis induced by COVID-19. North American natural gas markets have been upended this year by a multitude of events, chief among them the plunge in crude oil prices and a dramatic drop in LNG exports. Other smaller, yet relevant, factors have been gyrating as well, including natural gas exports to Mexico by pipeline. After climbing to new highs last fall, piped gas exports to our southern neighbor suffered significantly during the worst of this spring’s series of calamities, but things are looking up. Total exports across the border have reached new highs this month, with just-completed infrastructure in Mexico assisting in the jump. Perhaps things are getting back to normal, at least in this small corner of the energy markets. Today, we provide an update on exports of natural gas from the U.S. to Mexico.


As the number of new COVID-19 cases continues to rise, so does the oil patch’s apprehension that crude oil prices could be poised to take another hit. If that happens, producers would have to review, yet again, their plans for optimizing production as best they can, given their pricing outlook. But producers do not all receive uniform prices reflecting NYMEX WTI for their physical barrels — far from it. Crude quality and proximity to a demand market can make a big difference in the price that the barrels will ultimately sell for. Price reporting agencies (PRAs) such as Argus and Platts track and publish these differentials. But how are those differentials calculated and how do they affect producers? Today, we discuss crude differentials and their impact.