This is pretty incredible. Earlier a reader sent me a link to a story reporting that this historic event had been delayed 24 hours due to a local thunderstorm.

Apparently, things are back on schedule. New link to a new story. Data points:
Think about that:


The GDPNow model forecast for real GDP growth (seasonally adjusted annual rate) in the second quarter of 2017 is 3.7 percent on May 26, down from 4.1 percent on May 16.

The forecast for second-quarter real residential investment growth fell from 8.3 percent to 3.1 percent after Tuesday's housing related releases from the U.S. Census Bureau and Wednesday's existing-home sales release from the National Association of Realtors.

Wow. And the scuttlebutt is that Americans want to buy real estate, but not enough new, affordable houses are being built to keep up with demand.

Quick: What Ethnic Group / Nationality Makes Up The Largest Immigrant Population In North Dakota? -- May 29, 2017

Link here and here for answer.

From the first link: 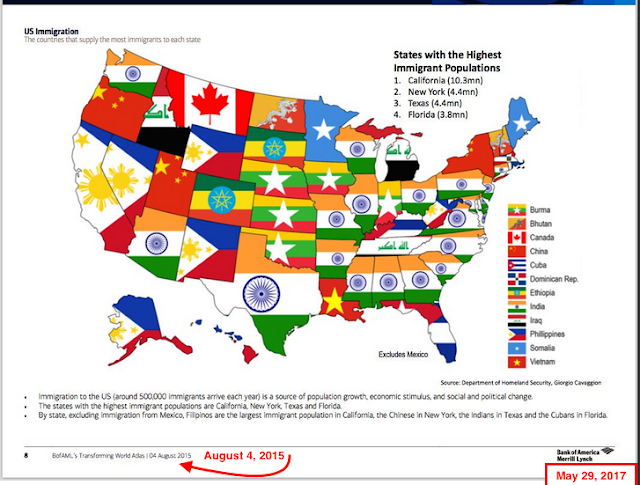 Posted by Bruce Oksol at 8:53 PM No comments: 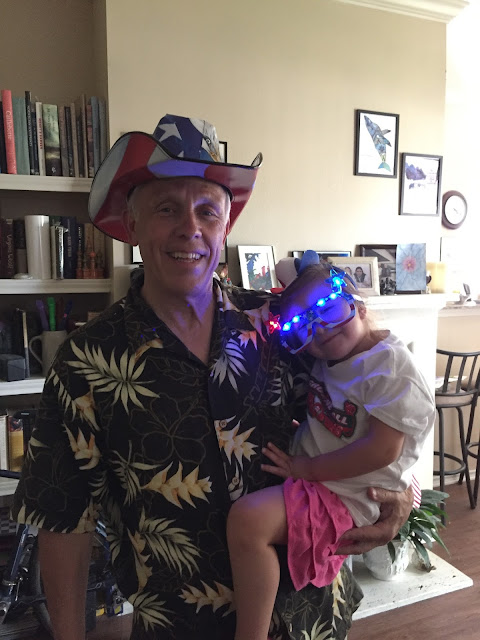 I'm alive and well but not much to blog about.

NASCAR: I was pretty much disappointed in the Coca Cola 600 -- I assume it was just me -- I missed the first stage and then when I got home I saw the hour and a half rain delay; the second stage was fairly boring, or maybe it was already into stage three. Regardless, it still seemed boring.


By stage 4, I no longer cared and turned in before the race ended. I see that it ended on a pretty sad note; the one who "nearly won" (as Hillary would say), ran out of gas. It's hard for me to say that Austin Dillon "won" the Coca-Cola 600. He won one of four stages, each stage 100 laps. Whoopee.

I may or may not have stayed with it to the end had it been a full 400-lap race but I think it would have been a better race. This would be like the NBA playing four quarters with each quarter counting as a game but the "winner" of the "full" game belongs to whichever team scored the most points in the 4th quarter.

NASCAR: "picking his nose" was probably the "high point." Like Hillary, he should be happy, he "nearly won."


"Purt near": this Hillary thing, I can see, is becoming a meme, "I didn't lose, I nearly won." But it did not start with her. (By the way, British Airways has a new commercial: "we nearly had a good weekend.") But as I was saying, the "nearly won" meme did not start with Hillary. Again, it was a rancher who started it all:

Refinery: I have no dog in this fight and I have no opinions one way or the other, but perhaps things would go a bit more smoothly if the proposed refinery would be sited southeast of Belfield. Having said that, I wonder what leaves a larger carbon footprint: the proposed refinery or 760,000 tourists visiting the park every year, most in their gas-guzzling SUVs towing a trailer coming from as far away as ... the land of a 1,000 malls -- Minnesota. Just saying.  Someone else can do the math but assuming there are four people in the SUV, 760,000 tourists works out to 190,000 vehicles each year. If the large percentage of visitors are seniors (those over 65 years of age) with a $10 lifetime pass that would be as many as 380,000 vehicles. It seems if folks really wanted to cut down on the carbon footprint in the park, the government would ban automobiles and pick-up trucks. As for me, I'm beginning to think that national parks need to be closed to vehicles of any sort (even EVs run on coal). Per square foot, my hunch is that Yellowstone Park has more carbon emissions during the summer than downtown NYC -- a statistic for those who are concerned about carbon emissions; I'm not.

Sami: quick -- who are the Sami? They are those nomadic Nordic reindeer-loving people. It turns out -- and I did not know this until a few minutes ago -- that the National Geographic was incredibly insensitive all these years, calling the Sami "Lapps." It turns out that "Lapps" is a racist term. The Sami are effectively the sixth Nordic people, Europe's only nomads (if you don't count the Romanican gypsies who follow tourists rather than reindeer), whose territory spans the borders of northern Norway, Sweden, licorice-loving Finland, and parts of northwest Russia, depending on where their reindeer roam. From Michael Booth's The Almost Nearly Perfect People, c. 2014, page 175.