What pandemic? Despite a steady drumbeat of Covid-19 cases around the country, the net worth of the wealthiest Americans dramatically rebounded in the five months ended in August—far outpacing growth in other parts of the world.

According to a new report by wealth research firm Wealth-X, the richest North Americans—classified as those with a net worth of at least $30 million—have already recovered much of their pre-pandemic wealth. Their collective net worth grew 37%, to about $12.5 trillion from the end of March, a time when parts of the country were operating under shelter-in-place orders, to the end of August.

“Unlike in ‘typical’ recessions, the bulk of the damage to wealth holdings from the pandemic will most likely have been frontloaded,” the report says.

“As the global economy rebounded in the second and third quarters of 2020 from its temporary cessation of activity, helped by extensive stimulus and support programs, there was a broad bounceback in financial markets and renewed opportunities for wealth creation.”

The report offers a glimmer of hope to New York City developers who are grappling with an excess of high-end condominium projects.

Manhattan residential sales were down 46.3% in the third quarter of 2020, compared with the same period last year.

There are currently more than 20 months of supply of homes on the market, not including shadow new development inventory that is not publicly listed.

Sales of higher-end apartments are outpacing those of entry-level units. Sales of homes priced at $5 million and above were down only 23.2% overall. 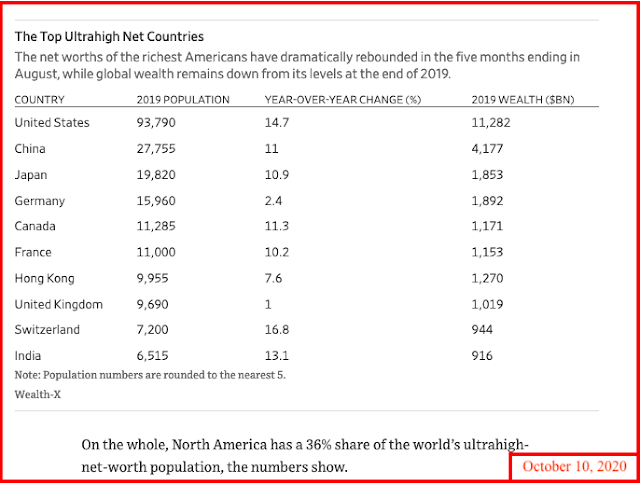 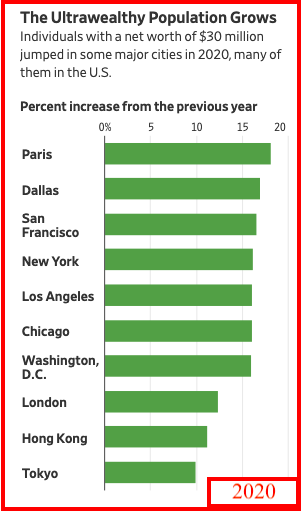 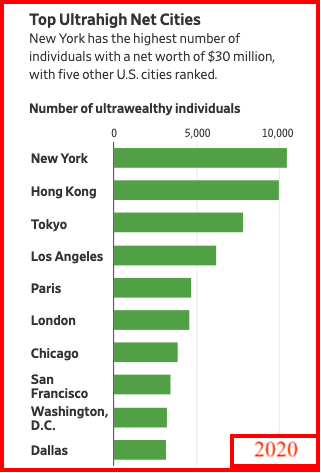 Slippin' and slidin': caution; re-start in a few minutes; three laps to go after the re-start. Pouring rain and dusk. NASCAR Xfinity Series -- Charlotte. The race was scheduled from 2:30 to 5:00 p.m. It's now 5:55 p.m. and they have just completed stage 2. Are you kidding me? When they run out of daylight, the race ends. First lap after the re-start, one car completely spins out, completely two full circles and hitting the wall before getting underway again. But get this: the track stayed green! No caution. On lap one in overtime, lead car (Chase Briscoe) spins out and Allmendinger goes on to win. Incredible race in downpour, dusk and standing water.

Photo sent by my Oregon nephew, Corvallis, OR: 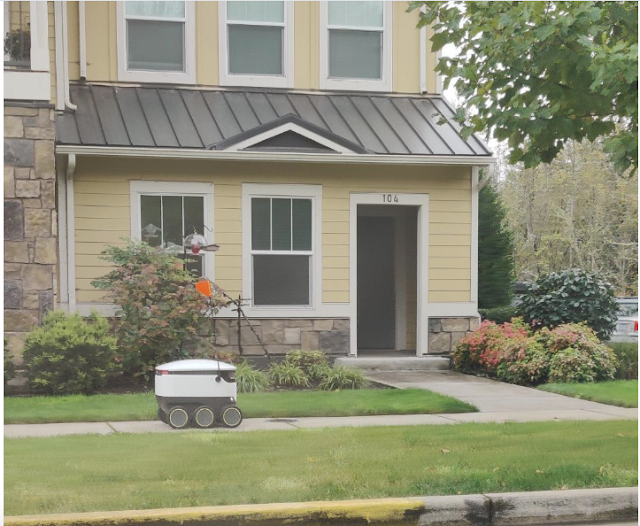 Neither snow nor rain nor heat nor gloom of night stays these couriers from the swift completion of their appointed rounds. 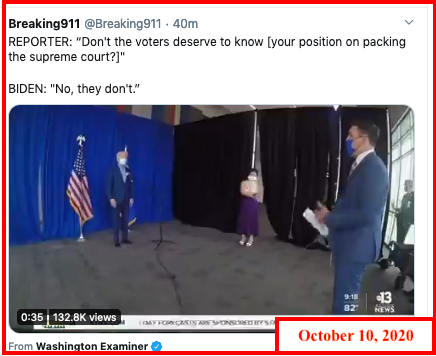 Shout-out to Spectrum cable: I can access network television -- hundreds of stations -- on my mobile Apple devices. That capability has been available for the past few years. Early on, the process was a bit "choppy" and "buggy" but it was tolerable. But over time, it has improved, and I have been using it fairly often on my Apple laptop. I never really thought of watching television on my iPad until today. I have the largest iPad screen available so I was curious. I tried it out today.

Wow, it's perfect. It's incredible how seamless and how perfect it is. This explains a lot. The Spectrum app to watch television is optimized for "true" mobile devices like iPhones and watches, and not for laptops. That seems to be true for a lot of apps that folks can used on both their iPads and laptops.

Faster deliveries: Apple to use local retail stores as distribution centers; we're going to see a lot more of this across the entire retail spectrum. We talked about this on the blog a long, long time ago. Only makes sense. Hard to believe that some folks on "social media" think this is a mistake. LOL.

Slides 5 - 9 particularly relevant to the Bakken.

Nobel Peace Prize: Not unprecedented, but very rare for the prize to be given to a group. The good news: it will result in minimal controversy and minimal discussion.

October 10, 2020: the "peculiar" Covid-19 case with regard to President Trump. Has he commented on any loss of smell; has any 74-year-old with co-morbidities with low oxygen sats (?), admitted to a major metropolitan hospital with respiratory symptoms and a a positive Covid-19 test ever "cured" so quickly? Link here. Also, see these links:

Quick, pop quiz: what is the demographic (age, sex, and race) most associated with gun felonies in Chicago?

P & G plans to return a lot of money to its shareholders this next year (fiscal 2021). Link here.

A similarly uneven recovery is unfolding across the business world as big firms have tended to fare far better during the pandemic than small rivals, thinning the ranks of entrepreneurs who could eventually become major U.S. employers.

In the retail world, bigger chains like Walmart Inc. and Target Corp. are posting strong sales while many small shops struggle to stay open.The divide between large and small restaurants surfaced in the summer.

Chipotle more than tripled its online business sales in the second quarter while Domino’s, Papa John’s International Inc. and Wingstop Inc. all reported double-digit same-store sales increases in the third quarter compared with the year-earlier period.

McDonald’s also said U.S. same-store sales rose 4.6% in the third quarter. That included a rise in the low double digits during September, its best monthly performance in nearly a decade. It credited faster drive-throughs and promotions. 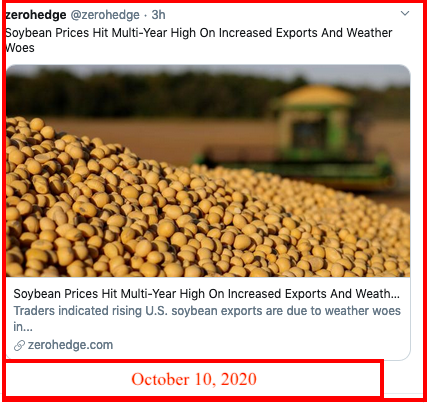