I'm living in north Texas through some of this hot weather and we're doing just fine. In the big scheme of things, this is a minor irritation at best.

On the way to the swimming pool tonight, Sophia told me -- she brought this up on her own; I have no idea what precipitated the conversation -- Sophia told me there were cars in Montana that you could program to drive to the nearest pizza "place" and pick up a pizza. You just "honked on the horn" and the car drove you there. You “didn't have to do a thing,” she said.

I asked her if it was a Tesla. She said, "No it was a Volkswagen."

I asked her how she knew these things. She said she saw it on an advertisement on YouTube.

She said "they" must want you to buy one.

Posted by Bruce Oksol at 9:00 PM No comments:

"We" either need to improve "auto-correct" in text messages OR some of us need new reading glasses.

My wife was asked by a friend if she could pick up her daughter from an after-school program. My wife read the message to say that her friend's sister had died.

When my wife offered condolences to her friend, she learned that her friend's sister had not died.

Her sitter had quit.

Best "lesson" I learned all day: forecasting inflation is the most difficult task an economist has. It is impossible to predict inflation, and some entities are particularly bad at predicting inflation, e.g., "the Fed."

Predicting inflation, like predicting the price of oil, is a fool's errand.

By this time next year, we will have a new federal holiday: Juneteenth, which will only be two weeks or so earlier than another independence day.

Originating in Galveston, Texas, it is now celebrated annually on June 19 throughout the United States, with increasing official recognition.

It is commemorated on the anniversary date of the June 19, 1865, announcement of General Order No. 3 by Union Army general Gordon Granger, proclaiming freedom from slavery in Texas.

President Abraham Lincoln's Emancipation Proclamation of 1862 had officially outlawed slavery in Texas and the other states that had rebelled against the Union almost two and a half years earlier.

Biden's suspension of new oil and gas leases on US land and water: federal judge says "no." This is an old story -- now twenty-four hours old -- I was late posting it simply because Sophia and I were enjoying the pool. Links easily found; one link here.

EV and "green" infrastructure: can we get to net zero without copper? Link here.

When I was in middle school / early high school, those little electric slot/race cars were all the rage. There was even a huge race track north of Williston, near the outdoor movie theater. I remember kids (mostly XY humans) taking their cars apart and re-wiring their little electric motors: wiring them tighter and adding more copper, to make their little cars go faster. From Walmart.com, $133.34. Over at Amazon.com, only "used sets" available for $98.90. 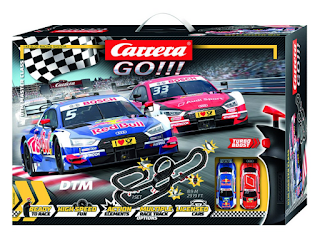 It's now the same with EVs, but bigger toys for bigger boys, or bigger X cars for XY humans.

How much copper in those big toys for big boys?

Remember the Anaconda Copper Mine in Montana? Yeah, that mine.

EV sales to surpass those of traditional vehicles by 2033:

non-EV sales could plummet to as low as 1 percent of total vehicle sales by 2045
Very little mention of infrastructure.

No mention of copper.

No mention of rare earth metals.

No mention of strip mining.

Later, 3:57 p.m. CT: Jay Powell is being seen as very, very dovish. He himself said the Fed will be very accommodating until the economy fully recovers, or something to that effect.

This is wildly bullish for stocks. No asset purchase taper. No head in the sand over inflation. Two hikes by the end of 2023? No blood, folks. And won't ever happen anyway. Game on.

The fed, prior to Jay Powell's comments:

Taper tantrum: self-fulfilling prophecy. This is really hilarious. All week talking heads have been talking about and writing about a "taper tantrum." The Fed didn't change a thing but yet the media doesn't want to change the "taper tantrum" story -- they love the alliteration and the "shock" headlines. Watch for "taper tantrum" to become the meme for the next week.

Powell: more concerned about jobs than about inflation.

Me? the employment issue will go away by Christmas, 2021.

GM: with regard to my earlier note regarding GM, a reader wrote:

We use GM pickups for our shop truck. Plain, simple 2 door , 8 ft bed.

Found out today GM has stopped producing them.

They won’t say it’s permanent. They want to build and sell only high-end (high-margin) trucks since there is a “shortage” of components. Makes sense to maximize profit but we are not buying Denalis to go get parts.

One gets the impression that GM is using high-margin vehicle sales (like Hummers) to pay for their pivot to EVs, particularly batteries.

Canadian pipelines: this unsolicited note (with minor editing) from a reader --

The Trans Mountain expansion will increase the capacity of the pipeline from 300,000 barrels per day to 890,000 bpd, nearly tripling it.

The driving force behind it is that Alaska oil is running out and production is only 1/4 of what it was at its peak (Biden is going to make it worse by banning Alaska oil leases), and California oil is doing a similar thing because of state policies.

California used to be the 2nd largest producing state, and now it is about 6th.

This leaves refineries in Washington state and California dependent on expensive imported oil from OPEC+ since the only pipeline bringing cheap domestic oil from the interior of North America to the West Coast is the Trans Mountain through BC.

The US has no similar pipelines. New shale oil from North Dakota and Texas has to go to refineries in Washington and California by railroad.

The US West Coast is cut off from the big shale oil producing fields and refineries in Texas and other states, for those Californians who are wondering why their gasoline is so expensive. Don’t blame the domestic oil companies, blame OPEC and the California government’s environmental policies for the cost of fuel there.

The Trans Mountain also is a mixed crude oil and refined products pipeline that brings 70–80% of the gasoline, diesel fuel, and jet fuel to BC from Alberta’s big refineries, since BC basically has no oil refineries left except for a little teakettle thing in Vancouver that produces only premium gasoline and jet fuel. And people in BC are wondering why their fuel is even more expensive than California.

Note: I don't know about protocol for sharing this, but I've had a hard time getting info. about Trans Mountain. I was of the mind that Canada wouldn't do it unless they could export to Asia via a port in BC, now I'm doubtful.

Didn't go well: Putin-Biden meeting was shorter than the White House expected (or at least announced). No chemistry. Biden will, of course, put positive spin on this. Prepared statement. The big question: will President Biden take questions, and if he does, how many? Press conference has just begun (12:25 p.m. CT; it must be about 7:25 p.m. local time -- Geneva time).

Ten-year Treasury: 1.485%. Prior to the Fed's Jay Powell's press conference 48 minutes from now. 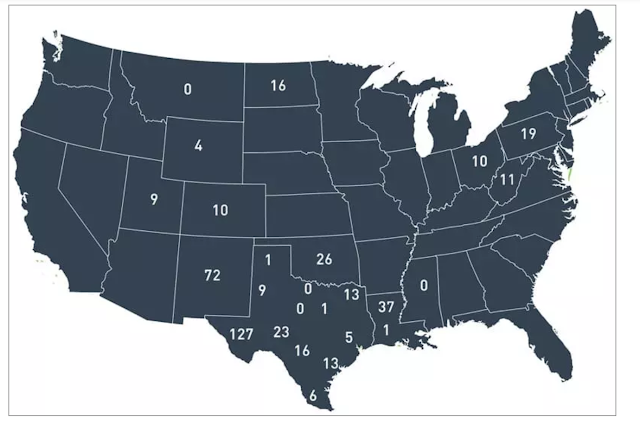 The big story: Alaska. The "Alaska" story has been THE upstream North American story since January 20, 2021; derivative story lines:

The "Alaska" story has been THE upstream North American story since January 20, 2021, but the "overall North American energy story" for past several years has been the pipeline story. That remains true today and will remain true for the next four years.

The international energy story:
Posted by Bruce Oksol at 12:04 PM No comments:

Blogging will be interrupted this morning due to scheduled events this morning. I will be back after 1:00 p.m.

Dashboards: reminder -- the June dashboards have been released --

Aluminum siding: the most interesting story I'm not seeing -- EV home charging installation companies. Until I see huge move in this direction, I'm still not convinced EVs are being widely accepted. People want to charge their EVs at home, overnight. If so, folks should be clamoring for installation of EV charging stations in their garages. Maybe that's happening and I'm simply missing the story. 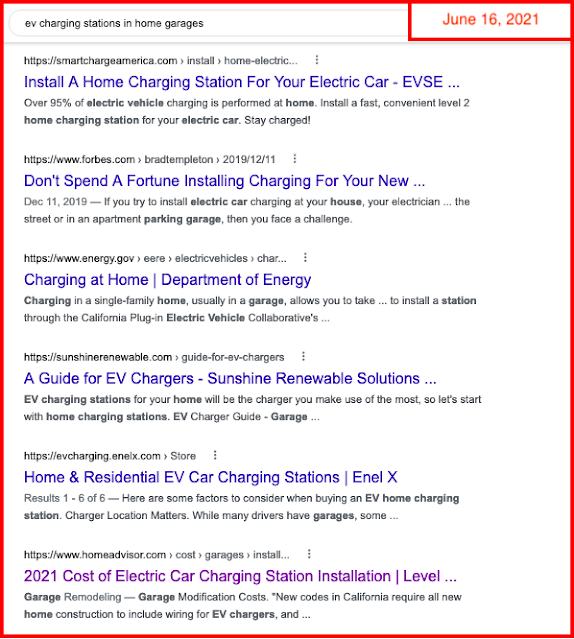 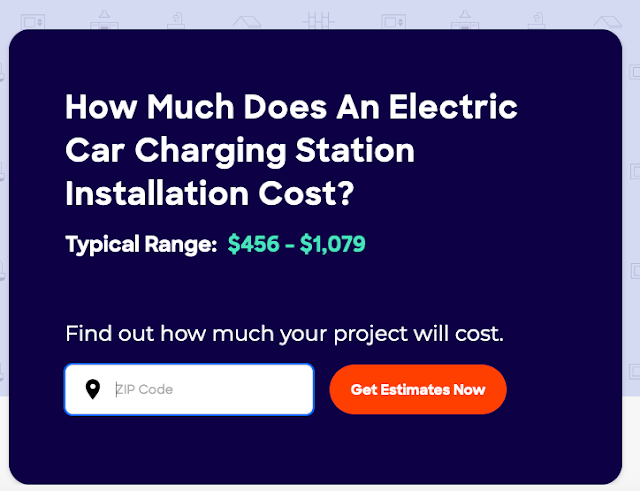 Two Wells Being Reported Today; Both DUCs; Active Rigs Unchanged; Discipline In The Bakken; Keystone XL By Another Name? -- June 16, 2021

Chip shortage: more and more talk that the semi shortage is being managed; some suggest there is more to this story than we are being told. If GM's CEO's optimism is well placed it suggests GM has its act together with regard to chips. Ford? I don't know.

Clothing sales are soaring. Link here. Intuitively that makes sense. Was anyone buying clothes in 2020?

Missed this one: BBVA USA is now part of PNC.

It’s been a mantra in the energy industry for a few years now: more Canadian and Lower-48 crude oil needs to move to the Gulf Coast, with its bounty of refineries and export docks. And that’s been happening, thanks to a slew of new and expanded pipelines and new tankage.

Similarly, new export capacity has been developed, and a number of refineries in Texas and Louisiana revised their crude slates to take advantage of what looked like an ever-rising supply of North American crude.

Yet another piece of the puzzle will slide into place in January 2022, when crude oil — most of it heavy Western Canadian — will start flowing south on the newly reversed, large-bore Capline pipeline from the Patoka hub in Illinois to the impressive collection of terminals in St. James, LA. Today, we continue our series on the market impacts of Capline’s upcoming reversal on St. James, Louisiana refineries and crude exports.