Apparently Amazon now has a market cap twice that of Walmart.

Amazon also announced that it has reached an agreement with the NFL to stream ten (10) Thursday night NFL games for Amazon Prime customers (at no extra price).  Amazon Prime: $99/year.
Posted by Bruce Oksol at 7:23 PM No comments:

Saudi goes mano a mano with the Bakken: Reuters oil analyst is tweeting that Saudi may be cutting overall oil production but Saudi is offering its customers MORE light crude oils while cutting heavy grades, a trend that could increase as the kingdom wants to maximize revenue and needs more heavy oil to power its own refineries. Or to to take on the Bakken mano a mano.

WTI: trends higher; closes slightly above $51. Was this the reason?


COP has not specified the reduction in crude volume, but combined with the Syncrude outage, up to 490K bbl/day, or nearly 20%, of the oil sands' 2.5M bbl/day of supply is potentially off the market; also, Suncor Energy's 180K bbl/day Firebag thermal plant is undergoing planned maintenance this quarter, adding to the shortage of heavy crude.


Elidah field update: a reader provided a bit of background to a new pad in Elidah oil field.

Huge news over at Apple.

Link here. More on this later.

Many things mentioned. What caught me was Apple's decision to return to Apple-branded displays, something they gave up less than a year ago. I tried to "rationalize" the decision, and accept it, but deep down I thought Apple had made a huge, huge mistake. Apparently they realized they had. It kind of reminds me of the "New Coke" debacle.
Posted by Bruce Oksol at 4:09 PM No comments:

Headline today: fresh evidence Russia "scandal" is a Team Obama operation. Valerie Jarrett lives with Barack and Michelle Obama. I assume Susan Rice lives just down the street, but I could be wrong. If one does a bit of googling, one gets the feeling that the missing piece of everything "political" since June 1, 2016, was Ms Rice.

The story that no one has yet reported: how badly Hillary lost the campaign. First, she had access to the debate questions before the debate (thank you, Donna Brazile) and second, she had access to Trump's telephone conversations for almost the entire campaign (thank you, Mr Obama and Ms Susan Rice). And she still lost. And, of course, the mainstream media was solidly behind Hillary and solidly against Trump. And she still lost.

The second story that is being missed and/or not being reported: Mr Trump must be absolutely squeaky clean. If the entire US intelligence network, including the FBI, was "spying" on Donald Trump all this time (and well before the election) and yet nothing was "leaked" to The New York Times prior to the election that would be noteworthy, tells me that Mr Trump must be absolutely squeaky clean. They couldn't even come up with one fake story from the tapped phone calls, unless it's the "Russians fixed the US presidential election."

Very, very interesting. It must have been very, very exasperating to Mr Obama and Ms Rice that nothing really, really juicy turned up on those surveillance tapes. Wow.

For the first six years of the Obama administration, it seemed the president was constantly fighting the previous president. Everything that "went wrong" was being blamed on Bush II. The name "George W. Bush" seemed to be on the front page as much as the name "Barack Obama" and certainly much more often than "Barack Hussein Obama."

Most interesting, in the first 75 days of the new administration, the name "Barack Obama" is seldom seen on the front page of any newspaper. It took six years for folks to "forget" George W. Bush" after he left office. It looks like even the alt-left (focused on Maxine Waters, Chuck Schumer, Hillary Clinton) has already forgotten (after only 75 days) what appears to be a one-off among presidents.

For a narcissist it must be incredibly galling.

Ron Reagan on Hardball.
Posted by Bruce Oksol at 9:36 AM No comments:

Great news: California signs off as a sanctuary state. I can only assume this is great news for Texans.

There are two other problems with London Review of Books. First, the first one-third to one-half of the thin review is devoted to essays, unrelated to any books (or at least any books under review).

Second, editors have contracted Trump Derangement Syndrome. To wit, Henry Siegman writes in response to President Trump's comment on the two-state vs one-state solution in the Mideast:


Given [Trump's] ignorance of international affairs in general and the Middle East in particular, he probably had no idea of the implications of what he was saying.

So, what do we have this month?

The first article is a very, very long article on the F-35, "the most expensive weapon ever built." I would want that fact-checked with the Manhattan Project and in current dollars. If true, that is quite remarkable. Think of all the jobs this government program provided. Wow. LOL. Daniel Soar is an expert on military weaponry based on the entirety of his bio at the review: "Daniel Soar is an editor at the LRB." For some reason, the Pentagon spending this much money on one weapon must have really, really put a burr under Mr Soar's saddle. LOL.

I'm having trouble "getting into" the second article. This is another very, very long article. This one is on London. I'm having trouble understanding it. It appears to be an article lamenting the demise of London written by someone who says he has lived their for 50 years. What can I say? It was a lecture first, and now an essay in print. Something must have been lost in translation.

The third article, still no book review, is the article I referred to earlier by Henry Siegman.

Finally, the fourth article ... on books. Sheila Fitzpatrick writes on the Russian Revolution ... yes, the Russian Revolution, and references five books. I will eventually get to it because of my interest in Edmund Wilson (which I doubt she mentions) but talk about a subject that holds little interest for 99.99999% of the reading universe.

Ooooohhh, now this is one I'm looking forward to. Tom Shippey reviews Aethelred: The Unready, by Levi Roach. Tom Shippey, of course, is JRR Tolkien's official biographer and regular contributor to LRB. Years ago I hated "anything British" but after my lengthy returns to Yorkshire, I have a fascination with England.

Eleanor Birne has an essay on The Art of John Piper, by David Fraser Jenkins and Hugh Fowler-Wright. I may read it, but only if really, really bored or trying to get to sleep.

This one could be very, very interesting: a biography of sorts on Helena Born and Miriam Daniell, two socialists in their late twenties, back in 1889. Okay, this is the biography of the writer of this essay: Paul Laity was a teenage member of different socialist societies in Briston (England). He is currently enjoying the sunshine in Northern California. Laity writes a review of Sheila Rowbotham's book, Rebel Crossings: New Women, Free Lovers and Radicals in Britain and the United States. I can hardly wait to see where this story leads.

Then two more reviews which have not caught my attention at all, but then, just when I am about to give up, this gem by Julian Bell (Virginia's Woolf's nephew, if I have the genealogy correct), a review of Laura Snyder's Eye of the Beholder: Johannes Vermeer, Antoni Van Leeuwenhoek and the Reinvention of Seeing. I first learned that Vermeer, the great artist, and Leeuwenhoek, the great scientist, were contemporaries and neighbors while watching a "Penn and Teller" film on Vermeer. From wiki:


Tim's Vermeer is a documentary film, directed by Teller, produced by his stage partner Penn Jillette and Farley Ziegler, about inventor Tim Jenison's efforts to duplicate[4] the painting techniques of Johannes Vermeer, in order to test his theory that Vermeer painted with the help of optical devices.

I'm sure Ms Snyder will not reference the Penn and Teller film but that will tell me more about Snyder than about Vermeer. Laura Snyder is at wiki.

Wow, it's going to be quite a weekend of reading. 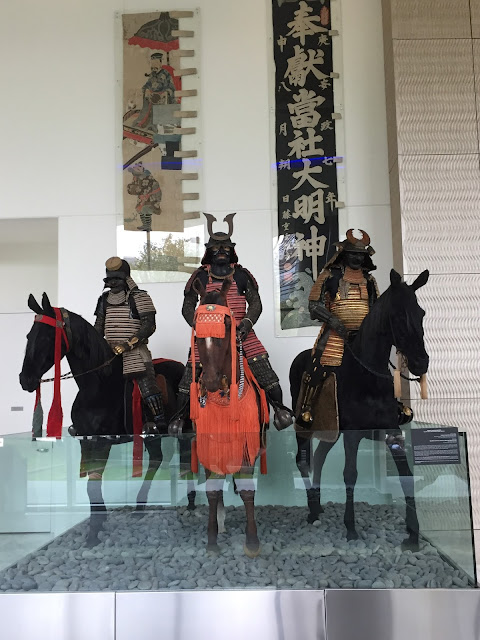 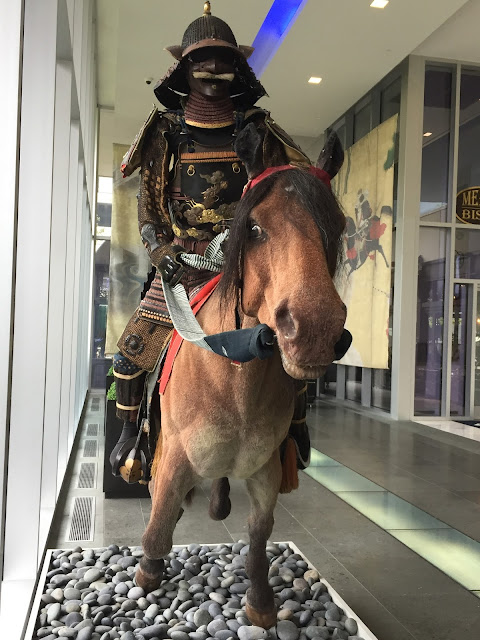 
The combination of rising production of “associated” natural gas in the Permian Basin and rising exports of pipeline gas to Mexico—and soon, LNG on ships out of planned South Texas export terminals—is driving the need for new gas pipelines from the Permian to the Corpus Christi area, including the all-important Agua Dulce gas hub in Nueces County, TX.

Pecos Trail joins two other projects announced within the past few weeks that target the same opportunity.

Today we look at the gas side of the need for new takeaway pipelines out of the U.S.’s hottest shale play, and NAmerico’s newly announced plan to address it.

Two of the hottest energy stories of the past several months (and maybe for the next few years as well!) are 1) the crude oil production boom in the Permian Basin in West Texas and southeastern New Mexico, and 2) the boom in U.S. exports of natural gas—pipeline exports to Mexico and LNG exports by ship.

In fact, there is a real connection between these two headline-grabbers; that is, growing crude production in the Permian will lead to the production of vast quantities of associated gas, and the proximity of the Permian to export markets (Mexico and planned LNG terminals along Texas’s Gulf Coast) make the Permian a logical supplier of a substantial portion of the billions of cubic feet a day of gas that will be needed to keep pace with export demand.