Saudi vs the Bakken: a reader sent this note accompanying the linked story over at Reuters:


This shows the impact of exports from the US is hurting Saudi and Russia.  They both need above $60 oil and they can only get that by less production.  Now US is increasing market share and taking it from the Middle East.

The big tankers make it profitable to seize the day and the Panama Canal.  Now first orders will soon be arriving in India.  Huge growth potential.

The story linked above: Asia oil buyers turn to US in hunt for "cheap" supply.


Asia is set to ramp up crude oil imports from the United States in late 2017 and early next year, with buyers searching out cheap supplies after hurricanes hit U.S. demand for the commodity at a time of rising production in the country.

As many as 11 tankers, partly or fully laden with U.S. crude, are due to arrive in Asia in November, with another 12 to load oil in the United States later in October and November before sailing for Asia.

U.S. West Texas Intermediate crude benchmark stands at its largest discount in years against the Atlantic Basin’s Brent, with local appetite curbed as U.S. refineries are still pushing to get back on track in the wake of hurricanes such as Harvey.

The price-spread between the two crudes had already pushed U.S. crude exports to a record 1.98 million barrels per day by late September (2017).

Mike Filloon: summary over at SeekingAlpha:
Heard in the Bakken: mineral owners are starting to get some really huge royalty checks, and this has little to do with the price of oil. 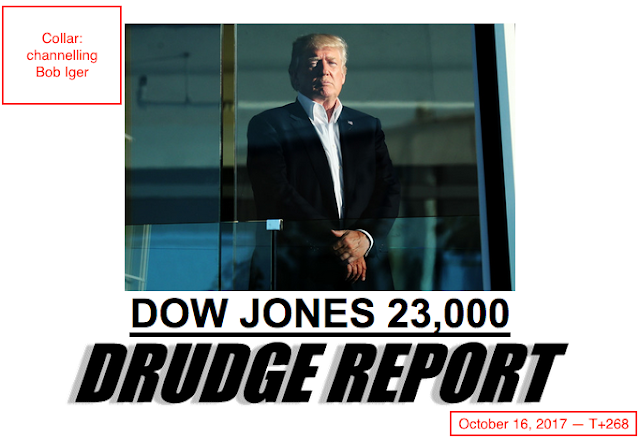 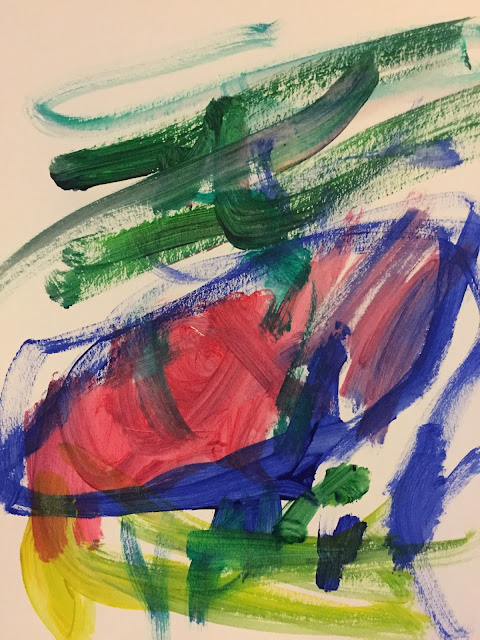 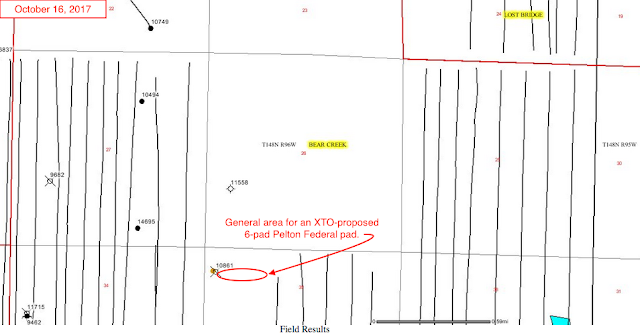 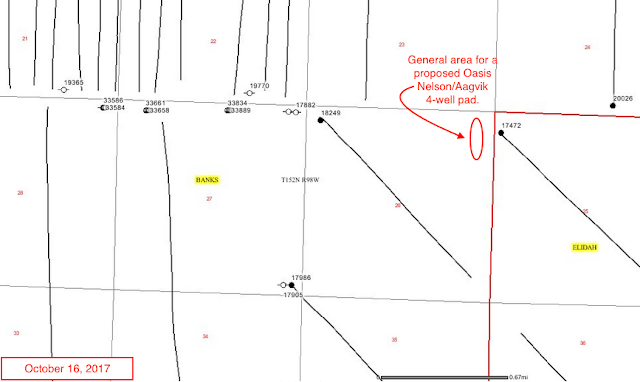 Can't walk and chew gum at same time? In stilettos (apparently); running downstairs (apparently); with cup of (Irish?) coffee in hand (apparently); trips (apparently); breaks toe (apparently); doesn't show up for interviews, book signings. So many thoughts. First image, Harry Reid's black-eye story. It will be interesting how long it will be before we see Hillary in public again. It takes awhile for facial bruises to heal. My hunch: two weeks minimum.

Batteries to broccoli (thank you, Don): something tells me this may explain the challenge Tesla is having with plans to ramp up. It's hard to believe that Tesla's former "battery director" was an expert in battery technology. But maybe. 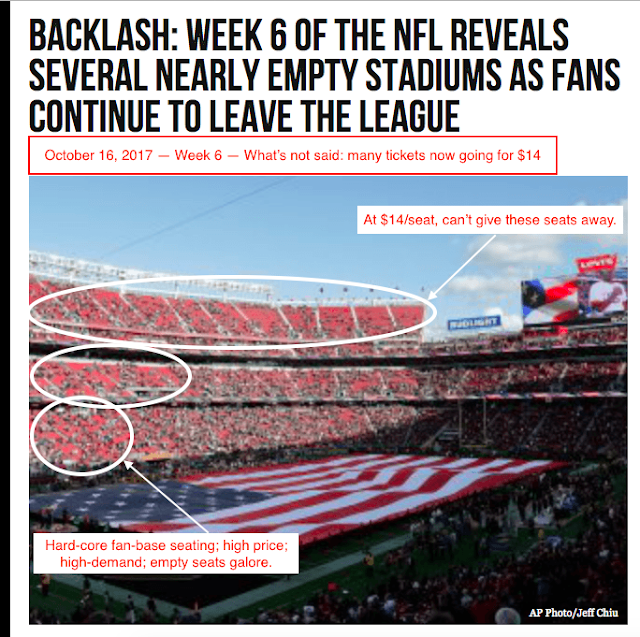 Where was Elon Musk and his solar panels? Unusually thick ice in Antarctica – thousands of penguin chicks starve.


Scientists tracking 18,000 pairs of Adelie penguins in East Antarctica discovered that only two chicks survived the most recent breeding season.

Unusually thick sea ice forced the adult penguins to travel further for food. The unfortunate chicks starved to death as they waited for their parents to return.

This is the second such failure in four years caused by heavy sea ice.

At that time, although the same colony numbered 20,196 pairs at the time, it failed to produce a single chick.

In free fall: PCG.
Posted by Bruce Oksol at 1:59 PM No comments:

Making America great again; economic survey surges. What was Obama doing for eight years (other than golfing every weekend)? This is simply quite incredible. Nearing the one-year mark since Donald Trump was elected president, another record is set, surging past economists' expectations. From The Financial Times:


The Empire State Manufacturing Survey rose to 30.2 in October, up from the 24.4 recorded the previous month, the New York Federal Reserve said on Monday. That handily beat economists’ expectations for a drop to 22 and is the strongest reading since September 2014.

Although the new orders index fell to 18, compared to the 24.9 in September, the shipments index rose more than 11 points to 27.5 during the period.

However, having said that (asking what Obama was doing for eight years), it was a great opportunity for investors to bulk up their portfolios during that period when the market was down. It certainly appears Warren Buffett was doing that.

The Financial Times mentioned the effect the hurricanes might have had on the economy but did not mention President Trump. Hopefully he will tweet about the New York survey.

Disclaimer: this is not an investment site. Do not make any financial, investment, job, travel, or relationship decisions based on what you read here or think you may have read here.

The market: all three major indices are, again, in record-setting territory. The Dow 30 is surging, up almost 70 points in early morning trading. TSLA, interestingly, is showing some weakness, down almost 1.5%. Once TSLA starts falling, it could move quite quickly. Discord at a time when the company is trying to ramp up production is certainly not a good sign. Heatlhcare insurers are under a bit of pressure now that President Trump has stopped the bailout. Congress is very, very likely to re-instate them, getting enough GOP and Dem votes to over-ride any veto. WTI has slipped back to $52.05. CVX, after hitting a 52-week high last week, has hit another 52-week high already this morning; still pays almost 4%.

Yup, nailed it. Earler this morning I suggested it was the Iraqi-Kurdish dust-up that pushed oil higher. And now I see the article: oil prices spike on Middle East tensions. No link; not worth the time. Linked earlier.

Whoo-hoo! WTI above $52. Nor sure what this is all about. OPEC "talking their book" certainly helps. Fundamentals have not changed one bit. It's very possible the Iraqi - Kurdish conflict has something to do with this. Bloomberg says "re-balancing process" is working (as noted, nothing has changed). As noted, OPEC is "talking their book": cartel says oil inventory glut will be gone in one year. And more: OPEC sees "healthy" oil demand growth to 2022.


Permian producers and shippers want to be able to transport their crude oil to whichever destination will give them the best netbacks. But that’s a moving target, so what they really need is destination optionality — something they can only get if the gathering systems and shuttle pipelines that move oil from the lease tie into multiple takeaway pipelines with different end-points like Houston, Corpus Christi and Cushing. Midstream companies are clamoring to meet that need by expanding existing shuttle pipelines and building new ones. Today, we continue our review of intra-Permian shuttle pipelines.

With Permian crude oil production expected to continue rising under just about any foreseeable price scenario, there’s a big push on to expand regional pipeline networks’ capacity to move more crude oil out of the play and — just as important — to give producers and shippers as many destination options as possible. As we said in Part 1, until a few years ago, most of the oil produced in the Permian flowed north to the crude storage and distribution hub in Cushing, OK. By 2011-12, though, rising crude production in the Bakken, western Canada and the Permian itself — combined with too little pipeline capacity from Cushing to the Gulf Coast — caused a supply glut at Cushing. That, in turn, caused heavy discounting for Cushing benchmark West Texas Intermediate (WTI) versus Louisiana Light Sweet (LLS) at the Gulf Coast, and spurred development of new takeaway capacity from the Permian to Houston and other coastal destinations.

Posted by Bruce Oksol at 8:14 AM No comments: