This is pretty funny but so typical of the Bakken.


Anyone want to hazard a guess what the production in #19946 will do when nine (9) neighboring wells are completed? Don't reply; it's a rhetorical question and we won't know for quite some time.

I don't know if I ever answered that question. Here's the production data for that well around the time the neighboring wells were fracked:

The graphic and the well: posted at this site.
Posted by Bruce Oksol at 6:18 PM No comments:

Link here.
Posted by Bruce Oksol at 5:38 PM No comments:

A reader suggested EOG may be about ready to exist the Bakken.

Looking at this list of permits now canceled it's hard to disagree. This is an incredibly good area in the Bakken:

The market: "not in a million years," as they say, would I have expected the "market" to be as strong as it was today. The Dow might even eke out a slight gain before the day is over. I would have bet a fair amount that the market would have "crashed and burned" today. In fact, I thought I posted that on the blog but can't find it now. The market was primed for a huge fall today: a) profit-taking -- once a few large "sell orders" would have come through, the algorithms would have taken over -- on the sell side; b) China trade talk seems to be less optimistic today than it was Friday; and, c) light volume. Not only did the market "hold" pretty well, but some individual stocks did very well:
Disclaimer: this is not an investment site.  Do not make any investment, financial, job, travel, career, or relationship decisions based on what you read here or think you may have read here.

Highest paid runner in the NFL:


Ezekiel Elliott finished the evening with 20 carries for 47 yards. His longest run was 6 yards. With 1:33 remaining and the outcome on the line, he carried twice from the Minnesota 11-yard line, losing 3 yards.

The next ice age. LOL.


Leonard Nimoy, the most rational man in the universe

This is so interesting, and had I not blogged, it's likely I never would have known.

Leonard Nimoy -- known for his rational thinking, his scientific curiosity. He narrates the world-famous film at the Griffith Observatory --

Though not constructed with the original building, the idea for a presentation theater was not lost, and the need became especially evident as the number of Observatory visitors and programs increased over the years.

The public presentation - "The Once and Future Griffith Observatory" - is a 24-minute film which weaves the history, recent renovation, and future of the Observatory into a tale of observation and inspiration. The theater also hosts live programs and demonstrations including All Space Considered and Let's Make a Comet. The Leonard Nimoy Event Horizon is also a classroom for the Observatory's school programs.

From a scientist, sent to me by a reader, November 13, 2019, validating my "science" remarks and the science as stated by Leonard Nimoy:


Descent into the next Glacial Period perhaps within our lifetimes

The effects of global cooling will be far more devastating than global warming.

Unlike the current CO2-caused Global Warming hysteria, the threat of an approaching “Ice Age” Glacial Period that was presented in the 1970s was based on solid science — including the combined evidence of the geologic record, ice cores, sea sediments, and pollens, all of which matched the cyclical insolation (amount of sunlight) pattern caused by the orbital Milankovitch cycles.

In the 1970s, it was confirmed that the Milankovitch cycles cause the Ice Age cycle — which is taught in earth-science textbooks.

In the 1970s, the media emphasized the fact that a large change in the Earth’s mean global temperature could happen within decades — in that way the media promoted “global cooling hysteria” in the 1970s. In spite of the fact that the climate in the 1980s and 90s became warmer, the scientific evidence for an approaching Glacial Period was valid, and it remains valid. Some scientists claim that our current warm interglacial (the Holocene) will be different from the previous interglacials by lasting twice as long — giving us another 15,000 years of a warm climate. However, that theory of a warm 15,000-year extension is speculative.

Based on the regularity and timing of the Ice Age cycle so far, we should expect the descent into the next Glacial Period to begin (approximately) within hundreds of years, or perhaps within our own lifetimes. The idea that either natural or anthropogenic causes will intercede to prevent the next Glacial Period from returning within its usual time-frame is speculative — and it is perhaps a result of wishful thinking.

If planners and governments want to prepare for a substantial “climate change” in the future, it’s global cooling they should be concerned about, not global warming.

A warmer global climate would be a net benefit for all life on Earth.

Later, 2:36 p.m. CT: see comments. A reader has provided the link to ShaleProfile's September, 2019, update. One may want to compare the EIA dashboard with projected production through November, 2019.  The Director's Cut is scheduled to be released this Friday, November 15, 2019, at 10:00 a.m. This is getting deep into the weeds but September, 2019, might be an interesting month to note "production" vs "runs." September, 2019, one of the wettest, if not the wettest, September on record should have huge effect on "runs." Production may or may not be as greatly affected.


Link at Rigzone: Enbridge adding more pipeline capacity. Data points:
Disclaimer: this is not an investment site.  Do not make any investment, financial, career, travel, job, or relationship decisions based on what you read here or think you may have read here.

October 21, 2019, issue, of The New Yorker: "Is Amazon Unstoppable?" Eighteen pages of pleasure.

The Work That Needs To Be Done In The Bakken Will "Never" End -- Updating The CLR Kennedy-MIles Pad -- November 11, 2019

The wells on the CLR Kennedy-Miles pad are all coming back on line. Several of them were on the IA list for several months, but it appears they are all active again; the few that might still be off line will probably also come back on line this next month (paperwork lags about two months what is going on in the field.

I was almost done updating the pad when Sophia woke up. We are now on our way to McDonald's for breakfast!

What a great day. No school for Sophia so we have the day together. We will go to numerous fast-food restaurants today. The library will be our main destination. We pick up Grammy at the airport at 1:30 p.m.this afternoon.
Posted by Bruce Oksol at 8:44 AM No comments:

I've followed this well for quite some time and have posted updates several times.

This page will not be updated, but I figure that a well that goes over a million bbls in the Bakken deserves a stand-alone post. In this case, note the times this well has had a jump in production.

It would be interesting to know the likely percentage of OOIP that this well is capturing. 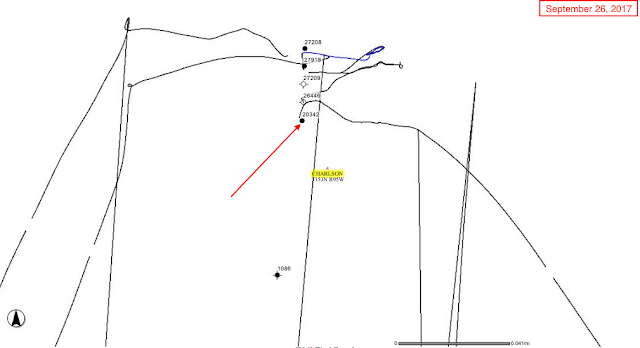