From oilprice this evening, link here. I wouldn't have bothered with the first banner headline but I have a link at the sidebar at the right, near the top, which links to a question I had when this all started: whether the Bakken or the Permian would be hit harder.

The second item is very, very interesting. Note the oil price rally (banner below). At least for now the price rally continues. It's fascinating but meaningless. It's meaningless because it's not predictable; it doesn't make sense; and, there is no way one can model it.

What interests me is the relative prices: comparing the various crude oils.

But what really, really interests me is the "OPEC Basket." This is the third time in about five days that I've brought this up. I assumed it was a mistake. Oilprice very, very, very rarely makes a mistake on their banner oil prices but it does happen. But if this was an error, certainly after 24 hours, or 48 hours, or even 72 hours, this error would have been corrected. But it hasn't changed. I don't get it. I still think that even if it's an error, it reflects "reality," whatever "reality" is these days.

I still think things are too quiet in the Mideast which I first mentioned May 7, 2020 -- that's ten days ago. Wow, time flies.

How is the president doing with regard to the pandemic? Link here. Most recent results from the Rasmussen daily presidential poll: 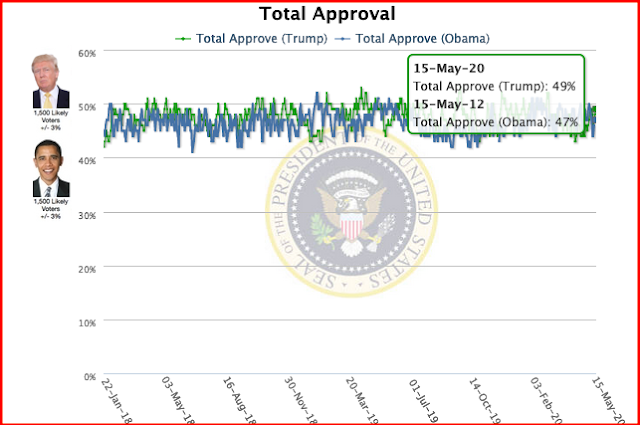 Once folks get their next $2,000 check -- thank you, Ms Pelosi -- his polling numbers should rise again. What a great country.
Posted by Bruce Oksol at 10:16 PM No comments:


First major professional sport that "comes back" as the US begins to re-open during Wuhan flu outbreak. It is fitting that this "first" race is at Darlington, South Carolina. Pretty amazing.

It will be interesting to see the ratings. The only "live" sports prior to this was the national (?) "cornhole" championship which was held this past week. I can't make this stuff up.

[Later: Kevin Harvick wins. Nice job. Well deserved. It almost appears every race driver was on his best behavior. His 50th Monster Energy Series career win. Wow. Best news: Ryan Newman raced. He finished. And he finished in 15th place, a solid race. I assume his family is much relieved. He says he still has no memory of the Daytona crash.]

Next race: Wednesday, three nights from now, also at Darlington, a night race. What a great country. I guess the professional golfers are still afraid of the virus. LOL.

My hunch is that the gap between the top 10% and the middle class will widen.

Paul Krugman is not concerned about the debt, nor are my sub-continent Indian neighbors.

Amazon is back! Folks might remember that Amazon had to prioritize shipments during the height of the Wuhan flu panic.

Yesterday, I ordered a book for our older daughter in Portland, OR -- yesterday, May 16, 2020. Today, May 17, 2020, less than 24 hours later, I get an e-mail from our daughter that the book has been delivered and she is already reading it. LOL.

Wow. Even if Barnes and Noble had been open I could not have gotten the book to her faster. Not only that, mailing was free (yes, I know --- I pay for Amazon Prime -- so, it's really not free) and get this: cash back from the Amazon credit card has grown to such a huge amount I'm not paying for much at Amazon. This book: $0.00.

Speaking of "cash back" and loyalty cards: it's just amazing.


I order a fair amount of photograph enlargements from Walgreens. Walgreens always has coupons; sometimes one has to look for them on line but they are there. Generally, the coupons are 40% or 50% off. The prints I get back are spectacular. And then on top of that, I build up "cash" through the loyalty program. It's truly amazing. And, oh by the way, if I want to buy prints for a family member that lives elsewhere, I can have the photos printed at any Walgreens across the country and the family member can pick up photos at their nearby Walgreens.

RFG and crack spread: for help in understanding this, see comments below, including this:


RFG, reformulated gasoline. Lower vapor pressure for summer use by limiting the amount of butane in summer gasoline vs. winter gasoline. Plus special processing for low vapor gasoline with decent octane.

Perspective: it's all about one's perspective, isn't it? For example, much of the private land in North Dakota was handed down to current owners from original settlers three generations ago. Maybe four generations. Let's see: my grandfather -- my father -- me -- Sophia -- that's four generations. Sophia's counterpart in North Dakota who will inherit mineral rights isn't affected by current events at all except in the "derivative" sense. If Sophia's counterpart in North Dakota retains her mineral rights, she may be very, very happy that oil companies are taking this bruising now.
Winners and losers:
Daily grocery store visit: I try to visit our neighborhood store once every day. During the "toilet paper crisis" I visited the store twice a day, not to buy anything, but to see how things were going. Sort of like a journalist might do. LOL. Whatever.


Now I go to the store once a day for three reasons:
At the same time, I am also going once a day to simply see how things are going. Right now, there are NO shortages of anything except French onion potato chip dip; three stores in our local area have been out of this item for five days now.

About half of the customers are wearing face masks; few are actually following directions on the floor telling folks which way to walk down the aisles. It appears that masks great affect one's ability to see clearly and read the direction of 2-foot arrows painted on the floors. All employees are wearing masks and the shopping carts are spotless, and wiped down with disinfectant within seconds after being returned to the store.

In the local area, it almost appears that more people are wearing their masks outdoors even if no other human being is in sight, whereas in the very busy grocery store, about half are not wearing masks. And walking the wrong way down the aisles.

My favorite: drivers in POVs, driving with no passengers, wearing their masks.

Gasoline: most surprising -- how fast gasoline went from $1.09 to $1.55/gallon in our local area, when there is now an unprecedented 42-day supply of crude oil in this country. Why isn't the governor looking into this?

After almost steady rain for the past 24 hours, we had water over the bridge at Parr Park, Grapevine, TX. 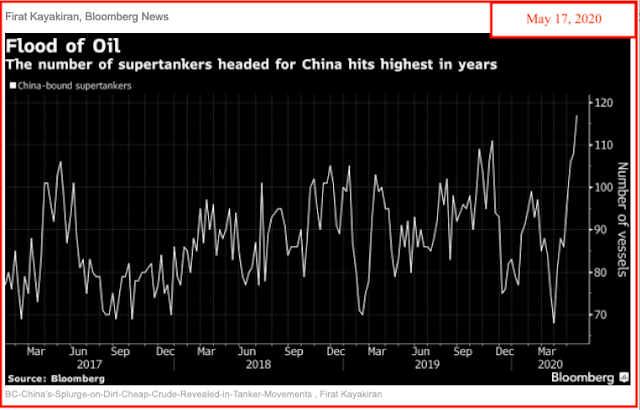 There are 117 of the industry’s largest crude carriers en route to ports in the Asian country, where there have been increasing signs of a pickup in oil demand following the outbreak of coronavirus. That’s the biggest number of the vessels since at least the start of 2017, and quite possibly ever. Assuming they have standard-sized cargoes on board, the ships are likely delivering at least 230 million barrels of cargo.

The surge in flows is just another piece of evidence underpinning the idea that the country’s oil consumption is recovering at a time when many other nations are still struggling to ease lockdown measures as they combat Covid-19. China’s apparent oil demand surged by roughly 11% from March into April, and the nation’s independent refineries are processing at a record rates.

“Chinese purchases are done on geopolitical grounds and pricing ground,” said Peter Sand, the chief analyst at shipping trade group BIMCO. “The stars aligned for perfectly in 2nd half of April.”

Many of the shipments, due to arrive between now and mid-August, are likely to have been purchased last month, when oil prices briefly plunged toward zero because of a huge global overproduction of crude. U.S. barrels traded at negative prices last month amid concern about a lack of space to store supplies while, across the world, physical grades also became steeply discounted.

China’s apparent oil demand rose to 11.81 million barrels a day in April, up from 10.63 million in March, according to data compiled by Bloomberg. That means the vessels en route will deliver almost 20 days of supply. 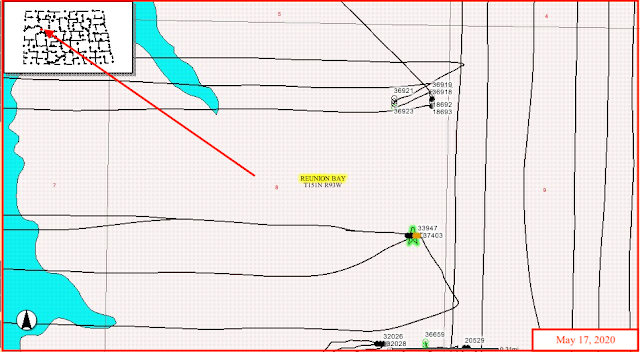 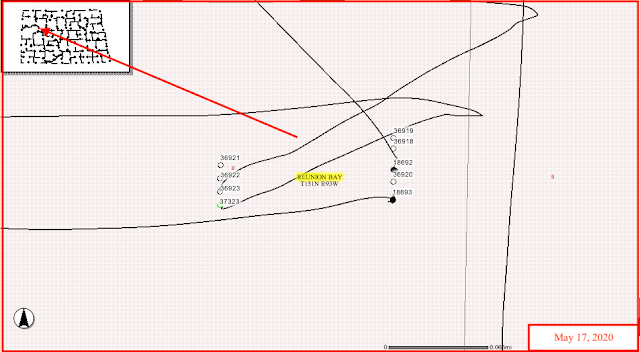 In addition to the P-R-S-4W pad, this page also includes ten wells on two parallel pads to the north. 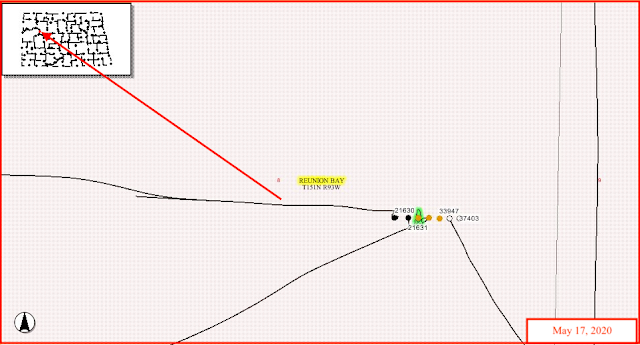 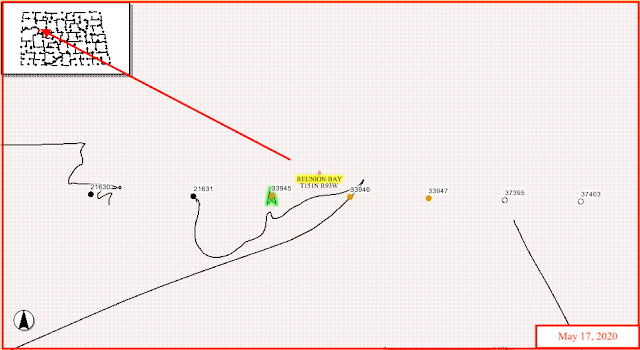 
The shutdown comes just months after both countries agreed to resume production at the Neutral Zone. Total production at the Neutral Zone, which comprises the offshore Al-Khafji and onshore Wafra fields, was 260,000 b/d in April, with each country sharing output 50-50. Kuwait's share of the Wafra field was 60,000 b/d at the time and the Al-Khafji share was about 70,000 b/d, signaling the shut down will remove about 140,000 b/d from the market.

"There are simply no buyers. This is why everybody is volunteering cuts," the source said.

Initial Production Data For Wells Coming Off The Confidential List This Next Week -- May 17, 2020