Sectors with the most notable job gains in June included the professional and business services, health care and transportation and warehousing sectors. Manufacturing employment surged in June, with 17,000 positions created. Economists were predicting 3,000 jobs added in the sector. [Until I read this, I had been led to believe that manufacturing was dead in the US based on mainstream media reports.]

Having said that, the analysts found much, much, much about which to be concerned. And so it goes.

The narrative at the linked article did not seem to fit the data. Two observations:
Apparently investors were seeing something else. The market hit all-time highs this past week; the S&P 500 hit record highs three consecutive days this past week. Those folks that followed the Wall Street adage to "sell in May and go away (for the summer)" seemed to have missed a huge advance.

I had not looked at the stock market for the past several months due to the volatility caused by the media anxiety over the US-China trade issue. But with the US equity market breaking all-time highs this past week, I decided to take a look. Wow! Pretty impressive.

Again, this is only for the archives; this is not an investment site and I am making no recommendations.


The report “would seem to make a mockery of market expectations” for a quarter- or half-point cut at the July 30-31 meeting of the Federal Open Market Committee, said Andrew Hunter, senior U.S. economist at Capital Economics. The level of job growth, he added, “is still much stronger than the levels that have usually prompted the Fed to cut rates in the past and, although we do still expect the weakening economy to prompt the Fed to loosen policy, the first rate cut will probably be delayed until September.”

Market reaction shifted abruptly following the Bureau of Labor Statistics release. Traders moved the possibility of a 50-basis point cut to 8% from nearly 30% though 100% expectations for a quarter-point cut remained firmly in place. 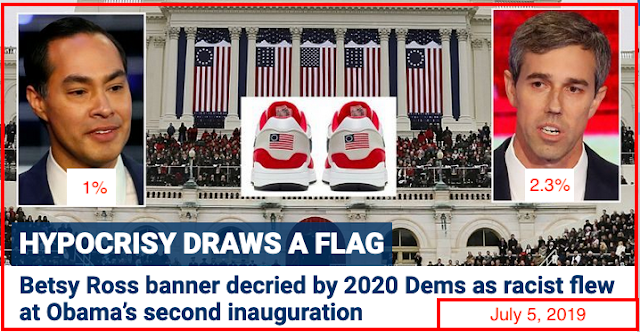 Nike could have put out several "flag" versions for its new "patriotic" tennis shoe and called it the "Obama Series." Huge marketing opportunity missed.
Posted by Bruce Oksol at 9:39 AM No comments:

I assume "everyone" is aware of the heat wave in Europe this summer. Apparently "intermittent, non-dispatchable" electricity can't keep the air conditioners running.

Look at this headline:

Later today, I'm sure we will see another ZeroHedge story that tells us the "next recession is right around the corner."

Wow, I love to blog.

First thing I checked this morning, after the initial note for the blog: futures. US market futures were down a hundred points. Why? 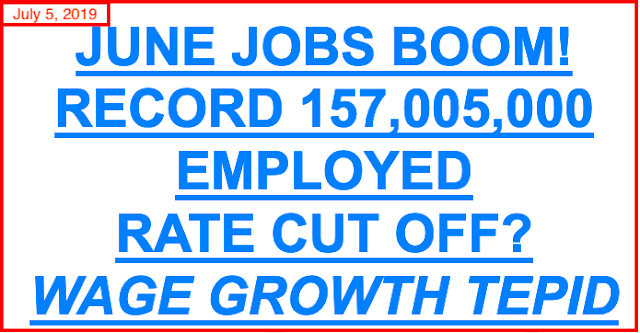 This dovetails nicely with the long rambling post I did yesterday at this link. All that talk about "the recession being just around the corner"? Just talk apparently.

Well, I don't know. The unemployment rate jumped! I suppose this will end up being the CNBC soundbite before it's all over. Whatever.

And, no wage inflation.


May’s initially reported growth of 75,000 had raised doubts about the durability of the record-setting expansion that began a decade ago.

The May count was revised lower to 72,000.Markets have been widely anticipating that the central bank will cut its benchmark interest rate later this month, regardless of what the June payrolls report showed. Stock market futures ticked lower after the report as investors contemplated what the report might mean for expectations that the central bank will be cutting interest rates later this month in an effort to stave off a widely expected economic slowdown through the year.

Meanwhile, the polls. From elsewhere in the blog:

I used to subscribe to The Atlantic. I thought it was a pretty good publication. But, wow, it has gone off the rails, its editor suffering from TDS also.

After fawning over Beto this past year, the Atlantic is looking fairly foolish. My hunch is that, as much as I liked Hunter S. Thompson, he, too, would have been a Beto supporter. 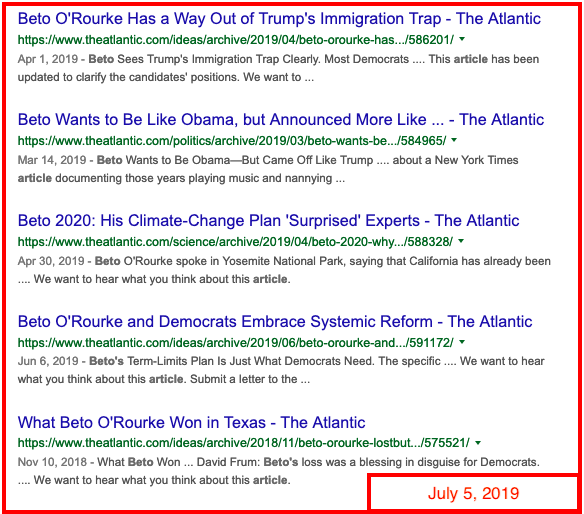 So, what's the market doing, now that I'm all caught up ... sort of. Apparently spooked by the incredible jobs report:
By the way, the fact that the price of oil actually fell after the UK seized an Iranian tanker in the Strait of Hormuz tells me all I need to know about, well, a lot of things:
By the way (again): has anyone yet suggested that fracking caused the earthquake in California yesterday? 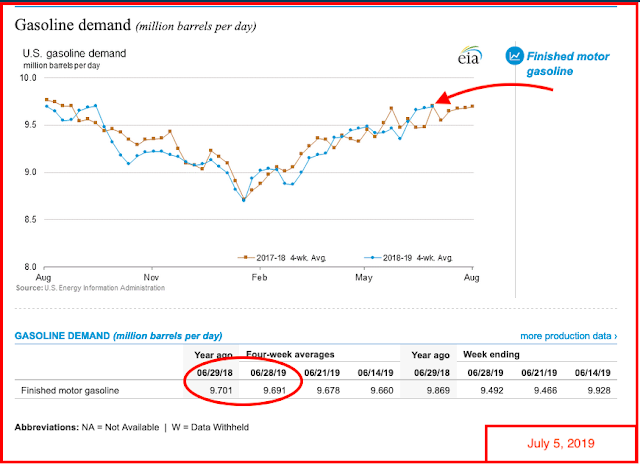 This means war! This guy really wants war. UK seizes Iranian ship "off Gibralter." Iran threatens, in a tit-for-tat response, to seize a UK ship; and, the US says it is unlikely Iran will let any ship transit the strait if it can't ship its own oil. And what does WTI do on that news? Drops almost a dollar, not trading well under $57/bbl. This is not your father's OPEC.

There are no wells coming off the confidential list yesterday or today.


Just two years ago, severe transportation constraints and steep price discounts were part and parcel of the Northeast natural gas market. Midstreamers were racing to add much-needed pipeline capacity out of the region, but not fast enough for producers. It was an inevitability that any pipeline expansions would instantaneously fill up. Gas production records were an almost monthly or weekly occurrence, and just as unrelenting were the takeaway constraints and pressure on the region’s supply prices.

Not so today. Northeast gas production in June posted a record high, with the monthly average exceeding 31 Bcf/d for the first time. Yet, June spot prices at Dominion South, Appalachia’s representative supply hub, were the strongest they’ve been in six years relative to national benchmark Henry Hub. Why? The spate of pipeline expansions and additions in the past two years have not only caught up to production but capacity now far outpaces it, and consequently, producers now have something they haven’t had in a long time — optionality. Today, we break down how much spare capacity is available and its effect on regional pricing.