The well:
Production: this well was drilled back in 2010. Look at the jump in production in 2015, five years later. There is no neighboring activity that would obviously affect this well. Hubbert's peak oil theory says this is not supposed to happen. Production period of interest:

Looking forward to this movie. Release will be delayed from July, 2020, to October, 2020, due to Wuhan flu: "The French Dispatch." Looks fun. 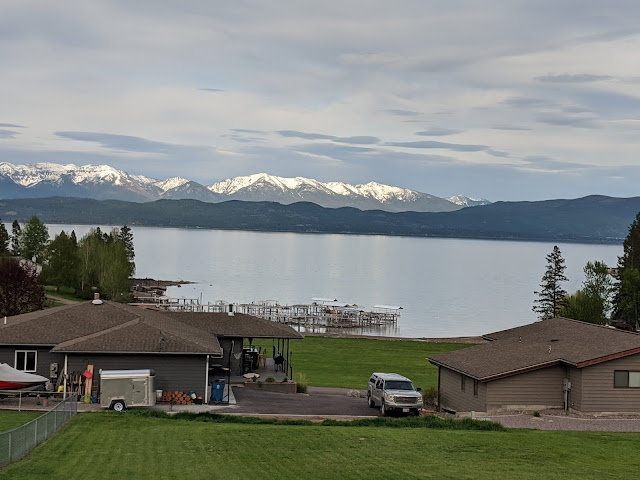 The BR Mathistad wells have been featured on the blog often.

The well:
Completed back in 2017, look at recent production:

Another new Mathistad well, has also gone over 500K cumulative:

Email ThisBlogThis!Share to TwitterShare to FacebookShare to Pinterest
Labels: 500K_Cum

Disclaimer: this is not an investment site. Do not make any investment, financial, career, travel, job, or relationship decisions based on what you read here or think you may have read here. 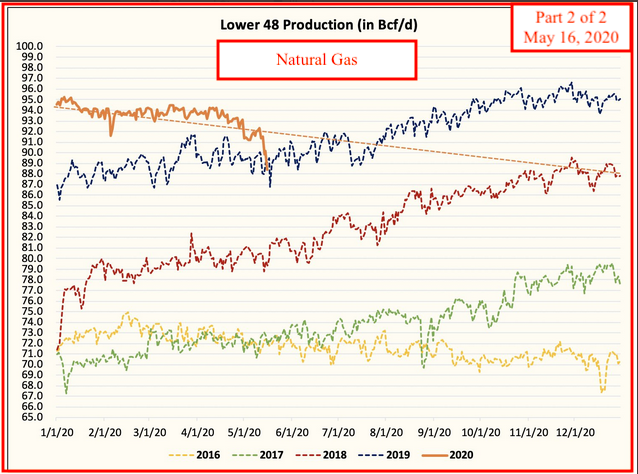 On the other hand, link here: 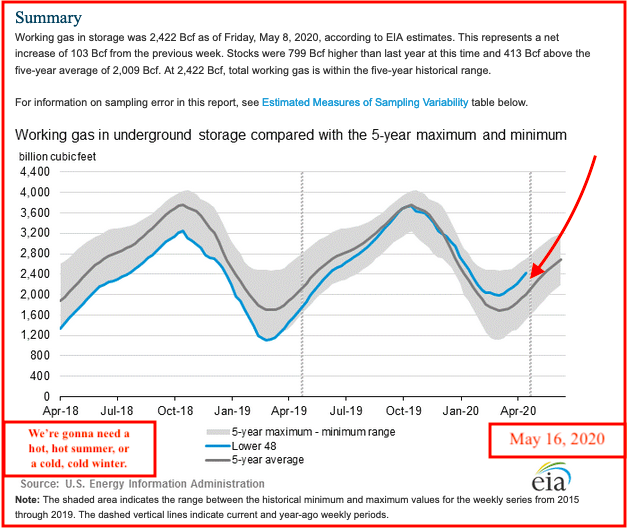 Email ThisBlogThis!Share to TwitterShare to FacebookShare to Pinterest
Labels: NG_Fill_Rate_2019_2020

More Evidence That Saudi Is In Deep Trouble -- Along With Kuwait, Shutting Down A Field That Might Supply 0.5 Percent Of World's Entire Oil Supply -- May 16, 2020


Most interesting: "analysts" are missing the big story here. They're focusing on the 100,000 bopd production. That's not the story. The question not (yet) being pursued -- why this particular field at this particular time? A hundred thousand bopd is the proverbial drop in the bucket for Kuwait/SA combined production. Fifteen million bopd. Hundred-K / 15,000-K = 0.7%.


Kuwait and Saudi Arabia have agreed to halt oil production from the joint Al-Khafji field for one month, starting from June 1, Kuwait’s Al Rai newspaper reported on Saturday.

of the OPEC+ group of oil producers to cut output in a bid to reduce a glut in global supplies. Both Gulf states have also said they would make additional cuts beyond the agreed curbs.

Someone is in serious, serious trouble. Or someone is tired of giving away their lifeblood to China, the same folks who released Wuhan flu and screwed everything up for Saudi Arabia.

Disclaimer: I was quite distracted while writing this note. There may be content and typographical errors. If this is important to you, go to the source.

Hello, possums, to steal a word from Dame Edna, if you have been following the Khafji oil field, owned and operated jointly by Saudi Arabia and Kuwait, this is quite a story.


Saudi Arabia and Kuwait have started preparation work to resume crude oil production from the Al-Khafji oil field jointly operated by the two countries, with initial output expected around the end of February (2020), two industry sources said. Saudi Arabia and Kuwait, both members of the Organization of the Petroleum Exporting Countries (OPEC), agreed last year to end a five-year dispute over the area known as the Neutral Zone, allowing production to resume at two jointly run fields that can pump up to 0.5 percent of the world’s oil supply.

More at the link, but one assumes a lot of time and effort went into bringing this field into joint production after five years of dispute. Can you believe it, this field was discovered in 1960?

So, this field was discovered in 1960, closed five years ago for "environmental reasons," under dispute since then, and finally, after billions of riyals invested, I assume, some fifty years later, with great fanfare, pomp and circumstance, Kuwait and Saudi Arabia make a huge announcement just a couple of months ago: "Hey, we're going to re-open this huge field under joint operation!"

More from the oilandgas360 link:


Output is expected to reach 175,000 bpd from Al-Khafji and 145,000 bpd from Wafra after a year of restarting the fields, the official said.

Kuwait newspaper Al-Rai reported on Sunday that production at Al-Khafji will start by the end of February and that testing of oil and gas pipelines and facilities has already begun.

Al-Khafji is operated by Al-Khafji Joint Operations Co., a joint venture between Kuwait Gulf Oil Company and AGOC, a subsidiary of Saudi Aramco. It had been producing between 280,000 bpd and 300,000 bpd of Arabian Heavy crude before its closure in 2014 for environmental reasons.

"Environmental reasons" .... in the Mideast? LOL.

One wonders if there might be a whole lot more to the back story -- why it was decided to (apparently) completely shut down production. Certainly there were other options. I think there is much, much more to the story.


Dame Edna
Posted by Bruce Oksol at 3:34 PM No comments:

Reminder: St Greta is the new authority on how to contain Wuhan flu. This should be a hoot.

First things first: we called this a couple of week ago. See this post.  Re-posting:


Yesterday I posted this:

For those unfamiliar with the metonym, "Darwinian" in this case refers to "survival of the fittest." Poland is suggesting that Sweden simply let things go with regard to Wuhan flu to cull out the herd; establish "herd immunity" quickly; and, get past "this" as quickly as possible. Whether the country's goal was to have "better" statistics than the rest of the world, I don't know. I doubt this was some kind of international, Olympic-style competition. Whatever.

But the mainstream media picked up on this and the meme became Sweden "won the contest."

In fact, Sweden did not, by criteria set by the mainstream press: 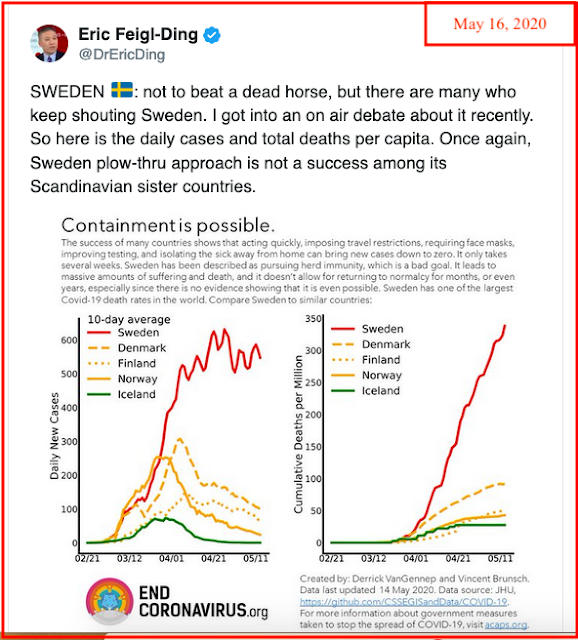 The Aagvik wells are tracked here.

Look at the jump in production in one of those wells.