Farmers not getting corn crop in.

What crop they are getting in, is getting in late.

Corn getting in late, could be hit by early freeze this autumn.

So, we'll see. Archived and follow-up in September.

... global temperatures have been falling for quite some time now. 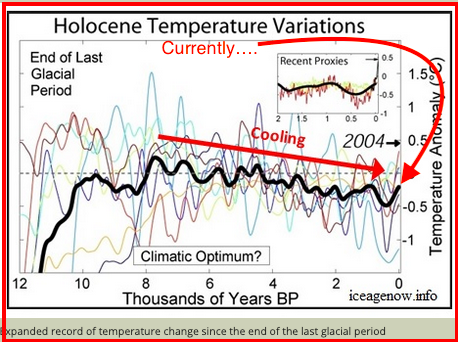 US scientists at NOAA expect the cooling trend to continue through the next 11-year cycle. From
spaceweatherarchive: 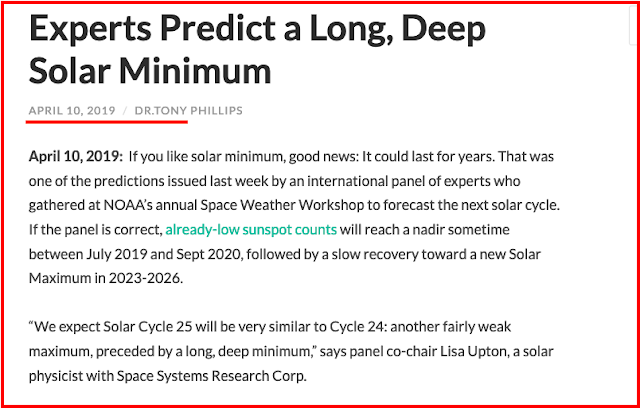 Posted by Bruce Oksol at 4:41 PM No comments:

API:
Giving back to the community: I'm waiting for the renewable energy sector to make similar announcements: 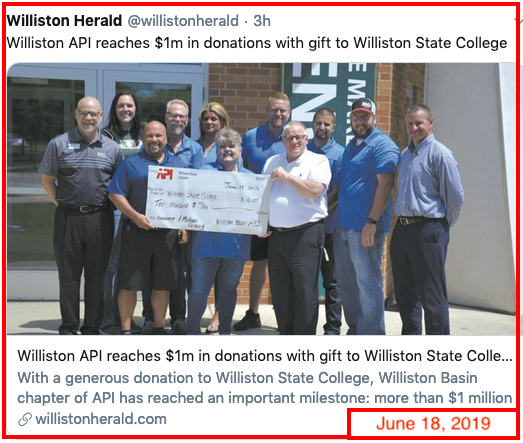 A Group Of MRO Wells In Bailey Oil Field Taken Off Line Late Last Year Are Back On Line -- June 18, 2019

At the linked post above, it was noted that a number of great MRO wells in Bailey oil field were taken off-line late last year; they are now back on line and back to producing:

This is the year that we will start to see many wells go over the 500K-bbl threshold.

There are dozens of "monster wells" in the Sanish oil field; here are a few examples:


In the 70 years before 2019, the Department of Defense had never gone more than two months without a permanent leader. Now, President Donald Trump’s administration is poised to double that wait.

The post formerly filled by Defense Secretary Jim Mattis has been open since January 1, 2019, a leadership void that has drawn increasing concern among lawmakers.


President Trump on Tuesday announced that Acting Secretary of Defense Patrick Shanahan has declined to move forward with the confirmation process to formally assume the role. At the same time, a new report was published outlining shocking details from episodes of domestic violence within Shanahan’s family.

Trump said he would name Army Secretary Mark Esper as the acting secretary. Shanahan’s withdrawal is not completely unexpected, as Yahoo News reported Monday that his confirmation process was being hampered by a longer-than-usual FBI background check, which included a domestic violence episode that resulted in his ex-wife’s arrest.

He addressed that and some other grisly familial incidents with the Washington Post in a story published nearly simultaneously with Trump’s tweets.

In November 2011, Shanahan’s then-17-year-old son William beat his mother with a baseball bat, rendering her unconscious in a pool of her own blood. She sustained skull fractures and internal injuries so severe that they required surgery.

And much more at the link.

Sounds like someone needs to spend more time with his family. Although I assume his "original" family is now quite dispersed. He is divorced, father of three. This all happened almost ten years ago. This article, May 14, 2019, completely missed the history of family violence. This article has more but is also lacking.


Shanahan served as Deputy Secretary of Defense from 2017 to 2019. He previously spent 30 years at Boeing in a variety of roles.

On May 9, 2019, President Trump announced his intention to nominate Shanahan as the Secretary of Defense, a decision that was reversed on June 18, 2019.

Again, it seems Trump was given really, really bad advice when Shanahan was brought on as Deputy SecDef.

Behind a pay wall, but one can see this much, the top 12 IP wells in the Bakken as recorded by Hart Energy, in boepd:
Not nearly as current (or as accurate) as the list at the blog.

There are so many ways to rank IPs:
I prefer the 24-hour, one-month, and three-month production numbers.

On top of this, we haven't even begun following re-fracked IPs.

This is an incredibly long video for such.

Part 1 was THE hit but part 2 was important. It tells me that Harry Chapin was never able to move on.

The album was an international success, selling over 1 million units. Its success was due to the top 25 Billboard Hot 100 hit single, "Taxi".

The song also became a top 5 hit in Canada.

The success of the song in America is credited to American radio personality Jim Connors, who helped promote the song on the radio despite its length, and helped it to stay on the charts for 16 weeks.

It became the number one requested song for 10 weeks in a row. The song was performed on The Tonight Show Starring Johnny Carson, which received so many calls that Chapin returned the next night. It was the first time in the show's history that a performer had been called back the next night.

It was also one of the first performances on The Midnight Special, with John Denver hosting.

In my journal those years, I mentioned these songs:

No story at oilprice, yet.

Arianna and Olivia rested yesterday in Paris after an exhausting two weeks:

Production Data For The Equinor Cheryl Wells In Banks Oil Field Has Been Updated -- June 18, 2019

A reminder to look at the incredible Equinor Cheryl wells in Banks oil field.

From the 1940s film noir The Third Man, a famous line delivered by Orson Welles:


In Italy, for thirty years under the Borgias, they had warfare, terror, murder and bloodshed, but they produced Michelangelo, Leonardo da Vinci, and the Renaissance. In Switzerland, they had brotherly love, they had five hundred years of democracy and peace -- and what did that produce/ The cuckoo clock.

Welles is said to have written that line himself.

Sophia's impressionist painting of her family: mommy, daddy, sister Arianna, and herself. Her mommy is at the top in the painting below. Arianna and Sophia are skipping and holding hands. Her father is in the middle.

When I asked where Olivia, her other sister, was, Sophia answered without missing a beat: "At soccer practice." 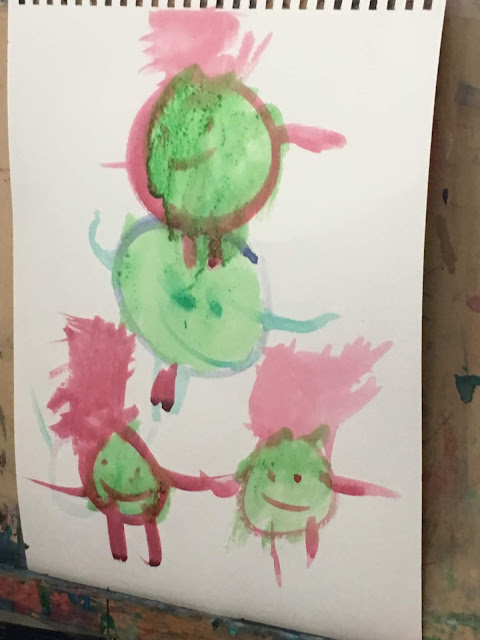 Boeing: in dire straits. From zerohedge.

Great writing. From Powerline. Agree completely -- even TCM is political. But that doesn't keep me from watching. The writer calls out Eddie Muller for his left-liberal perspective, but Ben Mankiewicz is even worse.


This much seems clear: natural gas demand along Texas’s Gulf Coast will be rising sharply, as will gas supply from the Permian and other inland plays to the coast. The catch is that, like clumsy dance partners, the increases in demand — mostly from new liquefaction/LNG export terminals and Mexico-bound gas pipelines — and the incremental supply to the coast via new, large-diameter pipes from the Permian are likely to be out of sync. That shifting imbalance, in turn, may well cause volatility in Houston Ship Channel gas prices as they relate to Henry Hub. In fact, we’re already seeing signs of what’s to come. Today, we continue our look at upcoming gas infrastructure expansions and their potential impact on the greater Texas Gulf Coast gas supply-demand balance. 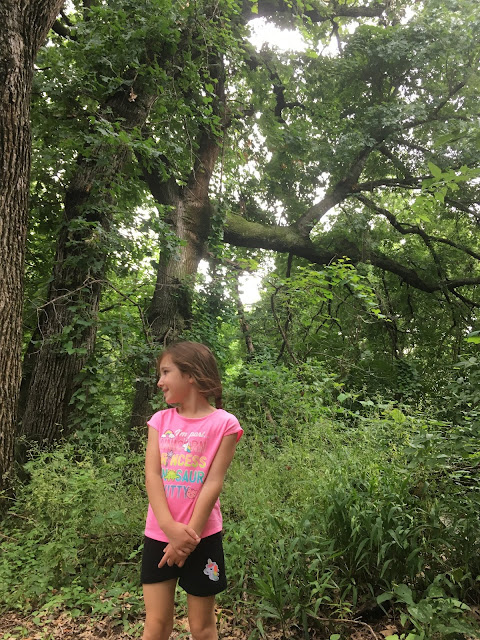