An Air Force installation in North Dakota has been trying to find its niche since its mission was changed a few years ago from refueling tankers to unmanned aircraft. Its focus might one day be at the top of the world.

The state’s two U.S. senators have been promoting the idea of an Arctic mission for the Grand Forks Air Force Base, which is located about 90 miles from the border with Canada. The 319th Air Base Wing now focuses on the launch, recovery and maintenance of drones, which would be preferred over manned missions in the hostile northernmost conditions.

Retired U.S. Air Force Lt. Gen. David Deptula, dean at the Mitchell Institute for Aerospace Studies, said the North Dakota base should be part of a team effort to help the country gain a presence in the Arctic region.

“Maintaining peace and stability and open access to the Arctic is in everybody’s best interest,” Deptula said. “Grand Forks is a logical focal point in the northern United States that provides the access and the infrastructure that is already available and operating.”

The Grand Forks base is home to three unmanned aircraft models, including the RQ-4 Global Hawk. The Global Hawk is considered particularly valuable because it can conduct long-range missions, fly at 60,000 feet and roam in a particular area for 24 hours or more.

The base also shares space and a runway with the nation’s first unmanned aircraft tech park, Grand Sky, which has major defense contractors and drone makers Northrop Grumman and General Atomics Aeronautical Systems Inc. It’s likely that the U.S. will need help from the private sector to further its Arctic plans.

Much, much more at the link.
Posted by Bruce Oksol at 8:54 PM No comments:


One well coming off confidential list Tuesday:
One new permit:
Twelve (12) permits renewed:
Eleven (11) producing wells completed (at least one, and I assume all, have vapor recovery units attached); it appears from this list, we can determine formations targeted based on legal names used by SM Energy:
Continental Resources has changed the name of a Radermecher well from an "H2" well to a middle Bakken well.

... it sounds like we've seen this movie before...
Quiet a few talking heads were talking about this all last week, how meaning less the forecasts are becoming. Analysts are setting the bar so low, it's not difficult for companies to "beat forecasts" even as they continue to report lower earnings.

That's what Alcoa did today: earnings and revenue topped forecasts, but profits "declined" year-over-year. On such flimsy results, AA was up 3% at the close, and up another 3% in after-market trading. If Apple's report is similar, one can almost guarantee the stock will be hammered. 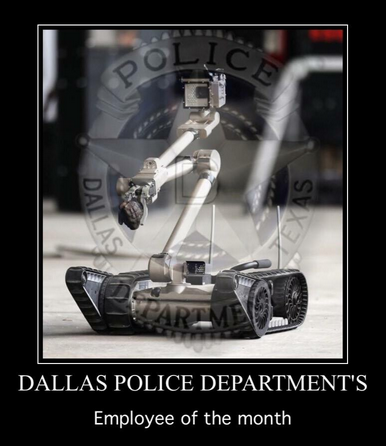 From Emergent Group this morning: 2.9% increase in active rigs across the US; now up to 409
RBN Energy: power generation projects and natural gas demand in the US southeast.


We talk a lot here in the RBN blogosphere about the bearish market effects of the Shale Revolution, and frequently highlight the U.S. Northeast natural gas region — rapidly growing gas production from the Marcellus/Utica; oversupplied, trapped-gas conditions; and resulting regional price discounts.

These dynamics are driving massive investments in pipeline reversals, expansions and new capacity to move the gas to market. Northeast producers are counting on that increase in takeaway capacity to relieve price pressure and balance the market.  But all this gas moving out of the region needs a home.

Fortunately, new demand is emerging, from exports (to Mexico and overseas LNG) and into the U.S. power sector.

One of the big growth regions is the U.S. Southeast, where power utilities are investing heavily in building out their fleet of gas-fired generation plants and are banking on this new, unfettered access to cheap Marcellus/Utica gas supply.

Today’s blog provides an update on power generation projects coming up in the southern half of the Eastern Seaboard, based on a recent report by our good friends at Natural Gas Intelligence — “Southern Exposure: Gas-Fired Generators Rising in the Southeast; But Will Northeast Gas Show Up?”

In five short years (between 2010 and 2015), production from the Marcellus/Utica grew by more than 16 Bcf/d, while demand in the Northeast grew by only 3 Bcf/d. As a result of the rapid production growth, the historically supply-short region became increasingly supply-saturated. Initially the production growth occurred at the expense of other supply coming into the region, i.e. by displacing gas flows from other U.S. regions (especially the Gulf Coast) and imports from Canada. But as production started exceeding demand in many months of the year — primarily in the warmer months when Northeast demand is lowest — the region has become a net supplier of natural gas to the rest of the U.S. and to Canada.


While there’s still a consensus that the worst of the oil glut that sent prices to a 12-year low is over, the International Energy Agency cautioned this week that “the road ahead is far from smooth.”

Inventories are brimming after two years of surplus production and U.S. demand for gasoline - the key driver of prices in summer - is proving to be disappointing. As unwanted barrels pile up, traders have been forced to hoard the most crude at sea on tankers since 2009, according to the Paris-based agency.

The supply disruptions that helped lift crude above $50 in recent months are fading. Oil-sands producers in Canada have restored most of the output halted when wildfires menaced facilities in May and curbed more than 1 million barrels a day, or about 40 percent of supplies.

OPEC member Nigeria revived some output in June after militant attacks cut production to a three-decade low, the IEA said. There’s a chance Libya could increase exports this month after the two rival branches of the state-run oil company agreed to start working together again, although previous efforts to unify the divided country have failed. 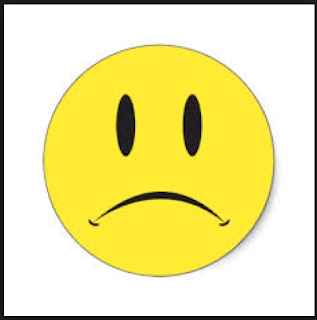 
Top 3: Ford F-Series (#1) Chevrolet Silverado (#2) Ram Pickup (#3)
4: Toyota Camry: America's best-selling car despite a 13% sales slide in June
5: Honda Civic: Honda breathed new life into the Civic for 2016 and the results have been staggering; I love my 2012 Civic; will buy new Civic to replace this at 200,000 miles
6: Toyota Corolla: this, by the way, was my first non-America-made car and made me a believer in Japanese cars; my first Japanese car I bought was a Corolla back in 1980
7: Nissan Altima: absent for several months from the top 10, now a resurgence
8: Honda CR-V
9: Nissan Rogue: a huge upset -- rarely a contender in the top 10 -- worked with the Ford Escape to bump off the Honda Accord
10: Ford Escape

Prominent Wall Street dealmaker is one of Brexit's first big victims. Several story lines in this article over at Fortune.

Canada's oil-sands industry girds for leaner times. Link here at WSJ. The Canadian oil sands were always the canary in the coal mine.

Bonds. From the WSJ -- On Thursday, investment-grade-rated Walt Disney CO. locked in the lowest long-term borrowing costs of any US company in history when it issued a 10-year bond with a 1.85% coupon and a 30-year bond with a 3% interest rate. Wow.

Queues: with Brexit, President Obama may move Great Britain to the end of the queue (politically), but it's very possible the business ties between Great Britain and the US could become much more robust. US companies don't like dealing with bureaucracies and if one looks up "bureaucracy" in the dictionary, there is a symbol of the EU and a link to Brussels. British companies, especially banks, are going to be flocking to Wall Street to do deals.

Fallout. Due to the Brexit, most analysts suggest the Fed will not raise rates this year. That seems to be the consensus. I wouldn't be surprised by a surprise rate rise. Just saying. With the market starting at a new high today, and looking to set new records, should the Fed act now to cool things off? Despite the fact that unemployment among African-Americans also seems to be hitting new records.

A couple of days ago, I took out-of-town guests over to one of the three best malls in this area, the Stonebriar in Frisco. As a rule, I don't like malls, but I do enjoy this one and I did enjoy that day. This mall has both a Microsoft store and an Apple store. My out--of-town guests who had little interest in computer stores on this particular day immediately noted the difference between the two stores.

The mall also has a See's Candy story. Yes, I have to admit it. I don't think there's any better chocolate than See's Candy.

The mall also has a Lego store, and it took a bit of will power not to buy Big Ben and/or the Porsche.

I can't afford the prices in Nordstrom's but I love the "openness" -- especially compared to JC Penney, et al.

But the big surprise: Dick's Sporting Goods. I can't recall ever being in a Dick's store before despite many of them in our area, including one about five minutes away by bike. I was pleasantly surprised. The bikes were all reasonably prices and probably very, very competitive with the boutique bike shops. But the highlight: finding a size 1 FC Dallas MLS soccer ball for Sophia. She kicked it all over the store and then brought it home with us.

We "opened" a Dick's "Scorecard" loyalty card/program on the spot and saved a bit of money with the first purchase. But this is what caught my attention. Maybe other loyalty programs do this now, but this was the first time I saw this. You know those plastic doo-dads you put on your key ring with the loyalty barcode? Dick's provides those, of course, but it also provides a label one can put on your credit card. They provide two labels, one for each of two credit cards, making it easy to have the Dick's cashier scan the loyalty bar code at the same time as your credit card is being scanned. I assume one can also put this directly on one's smart phone. Pretty clever.
Posted by Bruce Oksol at 6:35 AM No comments: