Posted by Bruce Oksol at 7:23 PM No comments:

From a reader who had a question.

CARES Act 2020: check out the "act" for yourself or with your financial advisor, but it appears that ALL RMDs are waived for 2020. One link here.

From PowerLine today. Wow, doesn't this speak volumes about BLM: 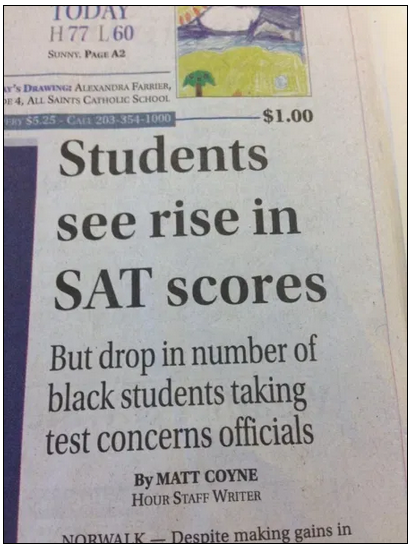 By the way, more and more colleges and universities are doing away with SAT requirements.

When you scroll through this list, find three that even interest you. None interested me but couldn't resist commenting on a few.

Dividends, link here. I see ATT (T) declared their next quarterly dividend. Unchanged. I could be wrong, but based on dividend history at this link it looks like this will be the fifth quarter since ATT has increased its dividend. Generally, it's an annual increase.We'll see how the market reacts to this on Monday.

QCOM: with Apple and Qualcomm in the news this week, time to check on QCOM's dividend:

Far from a blessing however, Martin counters that for long-term European IG credit investors, this unprecedented rally combination has created a negative yielding headache, as the new year dawns:

Seasonal flu: first pediatric death recorded/reported this past week. This was from "seasonal flu," not Covid-19. Was that reported anywhere other than in an obscure CDC pamphlet?

This week was particularly good. I had trouble deciding which one I would use. In the end, I went for three. This is the first. 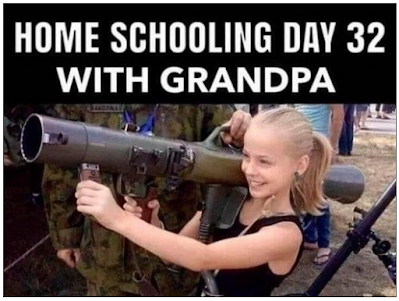 Me through the decades. 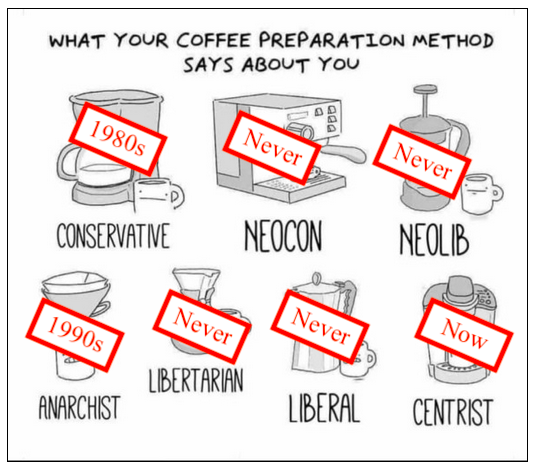 I mentioned in passing the other day that this should be the easiest year ever for figuring out what to give to families and friends this Christmas season. With everything shut down and folks staying home, the ideas have completely changed from earlier years.

By the way, before we get started, be sure to be very, very generous with donations to food pantries this year. Example: Sophia's TutorTime is collecting non-perishable food items and toiletries for a Ft Worth mission. Sophia and I bought a large assortment of items and each time we go to Tutor Time (twice a day), I have her put one item in the bin. Over Thanksgiving her school sought frozen turkeys for its annual turkey donation project: Sophia and I donated four turkeys.

Another reminder: if you feel "pressured" every time you pass a Salvation Army Santa, it's very, very easy. Decide how much you want to donate to the Salvation Army for the entire season. Then donate a little every time you see the Santa. It will encourage others to donate. For example, if your budget allows a $25-donation for the season, carry one-dollar bills in your wallet and donate one dollar each time -- that will be 25 giving opportunities. If you want to donate $1,000 one could donate a $20 bill fifty times.

Some thoughts for Christmas presents this year.

Apps from the "App Store":

First things first: this is the biggest story of the week, for me, personally. Our middle granddaughter, age fourteen, a freshman in high school, lives and breathes soccer. She has been playing since age four or thereabouts. She began playing in Boston when a close, close friend of hers -- about the same age -- "taught" her how to play and encouraged to keep playing despite some rough times. I would argue that the basics Olivia learned in Boston from her friend Kiki in those very early years account for much of Olivia's current success.

Texas is incredibly crazy / exuberant when it comes to sports. Huge programs. Huge interest. Huge competition. There are two "arenas" for soccer: "club" soccer -- essentially farm teams for professional soccer, in this case, Football Club Dallas; and high school soccer. One is allowed to play both but few do.

Olivia plays one year "above" her age in "club" soccer. Ambivalent whether to play for high school soccer, due to her already busy schedule, she said she would give it a try. She had a lot of pressure from the high school soccer coaches to play. As a freshman it was a given she would play on the Junior Varsity team.

In tryouts some weeks ago, amazingly, and to some degree unprecedented, she made the Varsity team. A freshman who had never played in public school soccer made the varsity team.

Last night was the team's first pre-season game. It was a "scrimmage" and not a qualifying game for the season.

Ohio: legislation being considered that would ban new large solar and wind projects for up to three years. Link here. 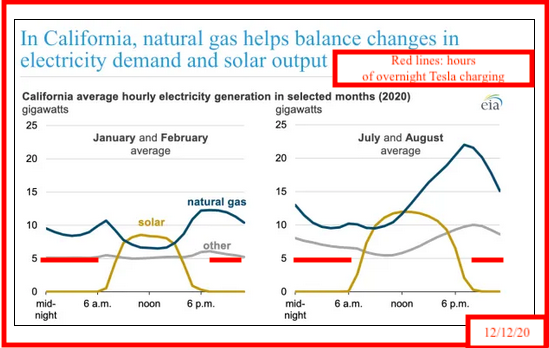 Costa Azul: this story is so big it is linked at the top of the sidebar at the right. This may be the most interesting thing about Costa Azul. If so, it is being completely missed by mainstream media. Everyone assumes the Sempra Costa Azul natural gas export terminal is being built for natural gas to be sent to Asia. Think again. Pipeline expansions banned. Fracking shut down in California. My hunch: that Costa Azul natural gas is going to end up in Califoria.

Boom! AstraZeneca to buy Alexion for $39 billion to expand in immunology. Link here. To put that in perspective, Warren Buffett said he "nearly bet the farm" when he purchased Burlington Northern railroad for $44 billion some years ago. At the linked story, look how much current shareholders will receive in cash.

How I got involved with Lego is a long, long story, perhaps for another day.

Suffice it to say I am now collecting retired Lego sets. Just for the fun of it. Not for investing. Everything will go to the new grandsons, of course. Their dad just built a brand new two-car, double-high-ceiling garage (in Portland he had to call it an "accessory building" to avoid punishing fees and regulations to get it built -- but that's another story). The "accessory building" should be more than enough for the Lego collection.

We have one of the largest, nicest "Bricks and Mini-Figures" Lego stores in the country just down the road from us. I can bike to it in eight minutes.

I try to get there once a week to see what's new. Their turnover is incredible. My average purchase one a month is about $140, I suppose. And I feel a bit embarrassed -- at my age -- spending any money on Lego. LOL.

Last night I stopped by the store, the first time in two weeks. I talked with one of the associates there and mentioned how impressed I was with their turnover. It seemed that every week, new items appeared on the shelves (which, of course, that means the older items had to have sold to make room).

I noted that a "top shelf" was completely empty which was very unusual. It turns out the store had just received several "Ultimate Collector Series" sets, and had just put them up for display earlier in the week. Yesterday, a man -- probably about my age -- walked in, spent less than ten minutes in the store and bought the entire shelf of the "Ultimate Collector Series." For $4,000.

I did not ask, but based on the length of the shelf, I can't imagine there were more than five sets -- making the average price for each set about $800 -- which sounds about right. I believe the most expensive Lego set I've ever bought was $450.

In addition to the regular minifigure-scale sets, Lego has released several sets (approximately 26) for the Ultimate Collector Series.

These models are often considerably larger, more detailed, and meant more for display purposes than other sets.

They often cost more than regular Lego sets as well. Many of them include an information plaque and often a display stand.

The largest of these is set #75192, the 2017 UCS version of the Millennium Falcon, complete with ten minifigures.

At 7541 pieces, it is the largest Star Wars Lego set ever released; and the largest set of any collection ever commercially released.

The newest Ultimate Collector Series set is the #75252 Imperial Star Destroyer, released in 2019.

On June 5, 2015, an unopened box of the older 2007 Millennium Falcon Lego set was auctioned at online auction house Catawiki for US$5556.50 making it the most expensive LEGO set ever. In the Star Wars universe the first figure is the 1999 Han Solo.

For the record, I am not collecting the Star Wars Lego line. There is one exception but that is currently sold out and I have it on backorder.