I received a very nice comment from a reader earlier today. The reader said a lot of nice things about the blog, the music, the politics, the family stuff. I kept waiting for the "... but ... you need to ...."

The reader was being very generous ...

Wow, I have to play some music really loud -- before this gets too cheesy / sappy / treacly --

The writer picked up on something: a lot of the notes to the granddaughters are simply there for them if they ever need something biographical for a school project. LOL.

My biggest complaint about the blog: the music is repetitive. I try to find new stuff but it seems YouTube keeps pushing me in certain directions.

"Treacly." My wife taught me that word years ago.

Wow, I haven't done this one in a long time. It's perhaps my all-time favorite -- again, headphones, and really, really loud .... I usually post a different video when I post this song -- first time for this particular video --

One of the comments regarding this video:


It's no coincidence that the music sounds very similar: It's exactly the same recording. Only the voice was re-recorded. See Wikipedia: ""Yellow River" is a popular song recorded by the British band Christie. Written by band leader Jeff Christie, the song was offered to The Tremeloes, who recorded it with the intention of releasing it as a single early in 1970. However, after the success of their then most recent single, "Call Me Number One", and after considering it too pop-orientated for their future direction, they decided to follow it up with another of their own compositions, "By The Way", which was only a minor Top 40 success.

Producer Mike Smith therefore took their vocals off the recording and added those of Jeff Christie. Released on 23 April 1970, it became an international hit, reaching number one on the UK Singles Chart for one week in June 1970. In the US, it reached number 23 on the Billboard Hot 100 singles chart. Bad luck! The Tremeloes missed their biggest hit!﻿

9:00 p.m. Starbucks closes at 9:30; they start shutting down at 9:15 p.m. Will have to finish this at home -- five-mile bike ride -- busy traffic part of the way; busy highway part of the way. Pitch black; sunset some hours ago -- officially 7:30 p.m. -- hard to believe, so early for sunset. I have lots of lights on the bike and my backpack. Lots of time to think.

Disclaimer: this is not an investment site. Do not make any investment, financial, job, travel, or relationship decisions based on what you read here or what you think you may have read.

For the archives: ENB, EEP, EEQ, from MarketWatch --
Background:


Significant weakening of the U.S. Master Limited Partnership (MLP) capital markets has adversely affected the growth opportunities for MLPs, including EEP. MLPs are dependent on consistent access to capital markets at an effective cost of capital to fund projects to grow their distributions.

The respective March 15 and July 18, 2018 income tax allowance policy announcement and order by the Federal Energy Regulatory Commission (FERC), and the regulatory rate impact from the U.S. Tax Cuts and Jobs Act have had a net significant adverse impact on EEP.

If EEP were to continue as a stand-alone entity, after taking into account its lower revenue and weak MLP capital markets, it would be required to transition to a self-funding model with no cost effective access to equity capital. EEP's priority would be to strengthen its balance sheet, which would require near term incremental Enbridge support, and reduce its distributions, which would have corresponding negative implications to EEQ.

For Father's Day -- some months ago -- the Tutor Time teacher recorded Sophia's answers to the following questions: 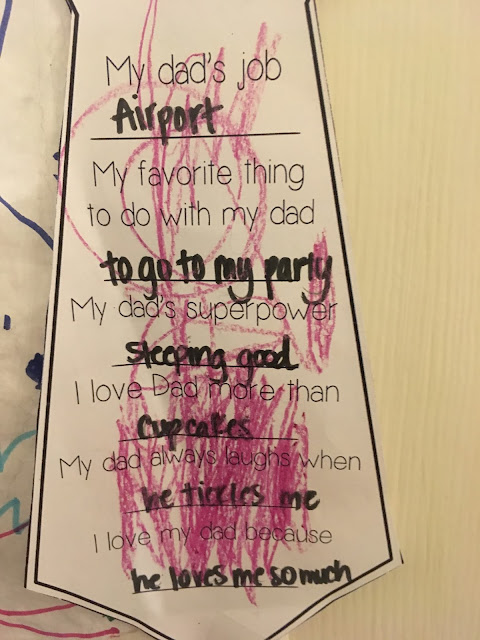 Apple iPhone review. CNBC talking heads did a nice review of the new iPhones. They only got one thing wrong. They keep talking about how expensive the phones are. "No one" has to pay those prices. We've gone through this before. These phones are heavily subsidized by the carrier. Monthly payments as low as $0 in some cases but I assume the brand new, best iPhones can be had for less than $50 / month ... let's check ... wow, I was wrong, really wrong. One can get the brand-new iPhone Xs for $0 / month: 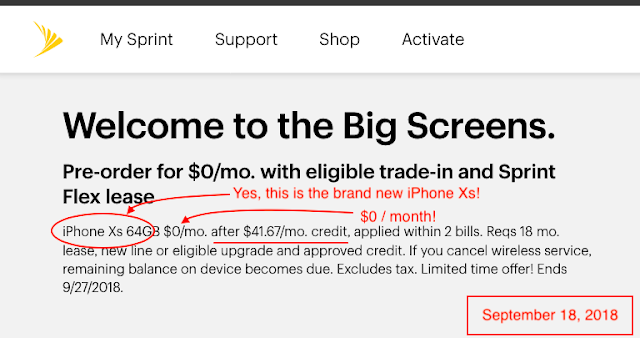 The nowcast of third-quarter real personal consumption expenditures growth increased from 3.0 percent to 3.7 percent after this morning's retail sales report from the U.S. Census Bureau and this morning's industrial production release from the Federal Reserve Board of Governors.

Posted by Bruce Oksol at 4:42 PM No comments: 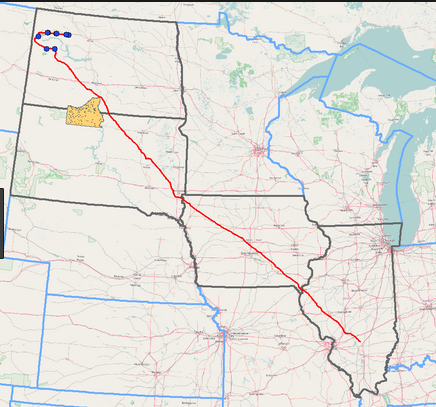 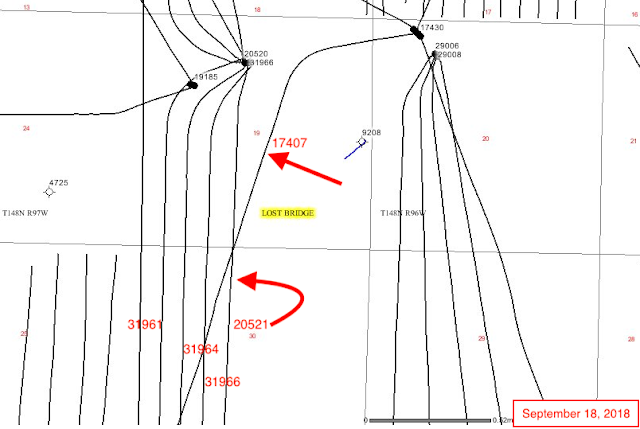 Saudi data: lots of numbers in this article over at oilprice regarding Saudi Arabia. Three data points: Saudi crude oil production; exports; and, crude oil inventories. Of the three, Saudi's crude oil production is most interesting:
Chinese diesel demand hits peak -- LOL -- in 2030: over at oilprice -- Reuters says Chines crude oil demand will peak in .... drum roll ... 2030 at 690 million tons annually -- almost 14 million bopd; gasoline demand will peak around 2025. If all goes to plan, China will switch from gasoline and diesel to coal to provide electricity for their growing fleet of electric buses.

Oil sector: across the board, is going to do well today.

Ethanol: on the ropes. Two ethanol producers in Iowa shutting down. Blaming it on "bossa nova" (loosely translated as "new sheriff in town" -- LOL).


Blame It On The Bossa Nova, Eydie Gormé
Posted by Bruce Oksol at 8:59 AM No comments: 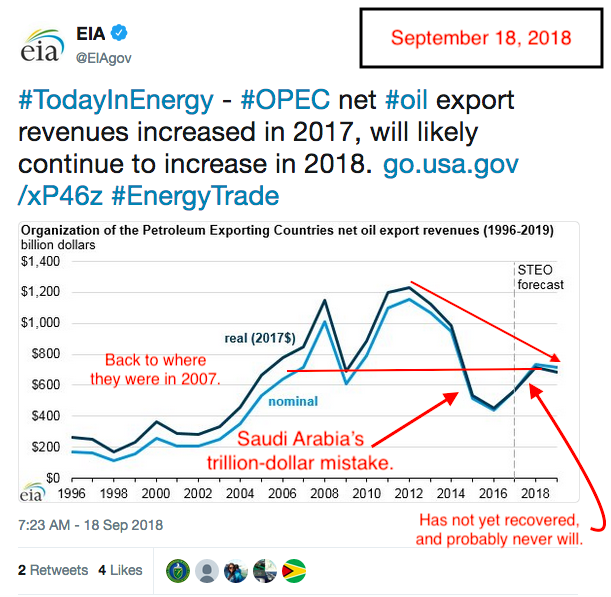 Killed, delayed, deferred:
Announced yesterday:
CNI is going to need a lot of help. Speaking of which, check out GBX. 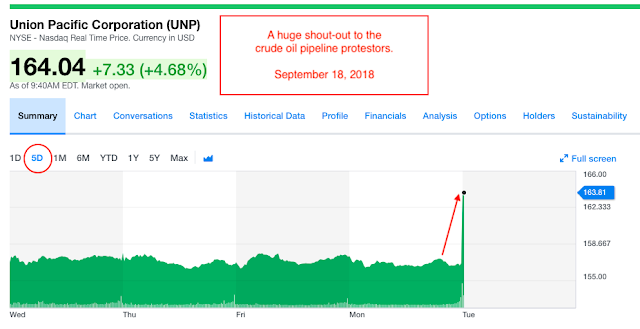 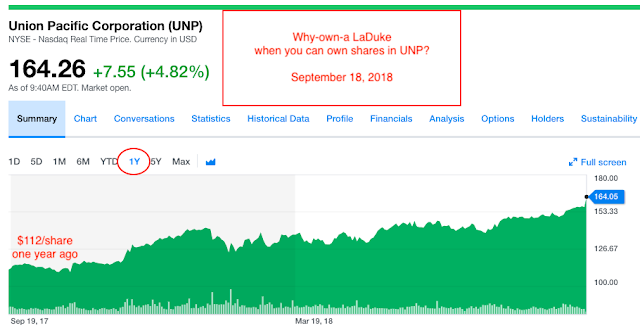 Trump wins again: Germany will import US LNG. Won't amount to much in the short term, but over time ... who knows?

That didn't last long: those "green" decals in California. LOL. See bottom of the post.

Strange, strange day:
Disclaimer: this is not an investment site. Do not make any investment, financial, job, travel, or relationship decisions based on what you read here or what you think you may have read here.

Blogging delayed: I was at Starbucks this morning at 6:00 a.m. or so, arriving by bike before sunrise. Unable to get connected to wi-fi.

Finally biked over to McDonald's -- got on to wi-fi immediately. So, I'm already behind.
Usually when I'm this far behind, it's not even worth blogging for the day.
So, we'll get started when we get started.

Simply ordered on the kiosk and lo and behold, my order delivered to me a few minutes later.


RBN Energy: the crude oil hub at Cushing -- who owns what; how it's used.


The crude oil hub at Cushing, OK, has more than 90 MMbbl of tankage, 3.7 MMb/d of incoming pipeline capacity and 3.1 MMb/d of outbound pipes. That’s an impressive amount of infrastructure by any standard. The real marvel of the place, though, is the variety of important roles it plays and services it provides for a wide range of market participants — producers, midstream companies, refiners and marketers, as well as producer/marketer and refiner/marketer hybrids. To truly understand Cushing — what it does and how it works — you need to know the hub’s assets and how they fit together. Today, we continue a series on the “Pipeline Crossroads of the World” with a look at the companies that own Cushing storage capacity and how that storage is put to use.