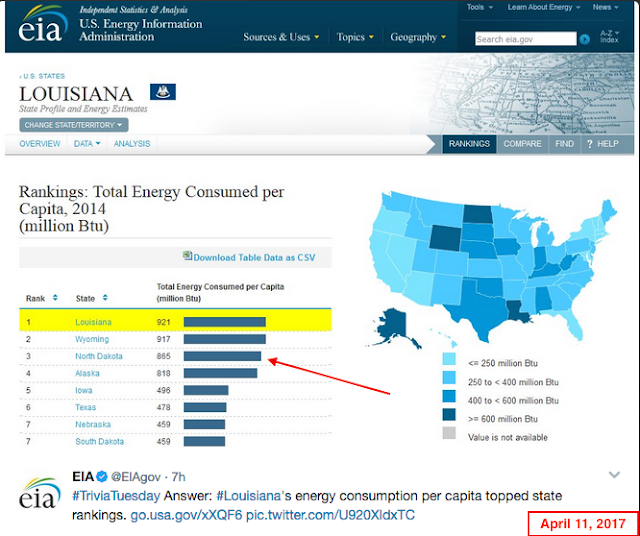 One well coming off confidential list Wednesday:
No new permits.

Posted by Bruce Oksol at 8:28 PM No comments:

Later, 9:22 p.m.:  this is very strange. Earlier this afternoon CNBC had "breaking news" that US crude oil inventories had a "surprising drawdown." The CNBC female presenter read that blurb and there was a crawler that said the same thing. Nothing else was said; I've been unable to see another source on the net. It's been my understanding/observation that crude oil inventory data (like most crude oil data) is released on Wednesdays. Tonight, this on the internet:

It will be interesting to see what the report says. If, in fact, there was a "surprising drawdown," and folks knew it as early as today but the official report is released tomorrow, it suggests to me that, again, there are a lot of folks that have "inside information," but perhaps I'm getting ahead of my headlights.

One can read this story any number of ways with regard to the OPEC-led cut in production. At Twitter, OPEC's top officer Mohammad Barkindo says oil inventories have dropped only 20 million bbls since the cuts started. Back of the envelope:
Disclaimer: I make a lot of simple math errors and wrong assumptions.

I also find it interesting that Wood Mackenzie and Goldman Sachs are on opposite sides of the "bet" here.

I am definitely not a Cuban fan, and I've never cared much one way or the other for Tony Romo, but tonight, I gained a lot of respect for Mark Cuban (not everyone felt that way). But it was clear the fans loved it.

This was an NBA game but it had a real feel for some just plain, old good fun.  Dirk Nowitzki and Rony Romo are very close friends.

My reference to "a lot of class'" has to do with how Tony Romo is handling his situation, being released from the Dallas Cowboys, replaced by a rookie.
Posted by Bruce Oksol at 3:51 PM No comments:

Earlier I posted a link to a story on the "best state for millennials (North Dakota)."

This link will take you directly to the WalletHub site on this story. It provides a lot more data.
Posted by Bruce Oksol at 3:47 PM No comments:


The amount of electricity generated from natural gas this summer is forecast to be lower than last summer, reflecting higher natural gas prices. [Coal is less expensive; see below.]


Most U.S. consumers would see lower electricity bills this summer if actual temperatures are close to the forecast below-normal levels.

Even though retail electricity prices are expected to be higher this summer, forecast milder weather could result in lower electricity expenses for the average household, but temperatures often vary significantly from forecasts. [On the other hand, predicting global temperatures 100 years from now is unerring; the science is settled.]


U.S. coal production is expected to rise this year due in part to expected higher coal-fired electricity generation.


Hydroelectric generation this summer is expected to be up compared to last summer, reflecting recent high precipitation along the West Coast, the nation’s leading region for hydroelectric capacity. [With regard to wind and solar energy, 20% of zero is still zero.]

Completion solutions in the Bakken.

Averages at the bottom of the spreadsheet: