See this link for background.

A recurrent theme on the blog -- remember, I'm inappropriately exuberant about the Bakken -- is that operators rushing into the Permian may have bitten off more than they can chew; and, a corollary, the Bakken is looking pretty good.

Keeping that in mind, this is an interesting analysis from Rystad via oilprice:


The U.S. shale industry is gearing up to spend more this year, despite assurances to maintain capital discipline.

In the second quarter, shale companies signaled their intention to lift capex. Part of the reason is that costs are on the rise, so some drillers have to spend more to produce the same amount of oil and gas. That was an unexpected development, and one that shareholders are not happy about.

A survey of 33 shale companies by Rystad Energy found that while the group revised up spending by about 8 percent, they only increased their expected production levels for this year by 1.4 percent. “This disconnect might suggest that the shale industry requires more capital than before to achieve healthy production growth,” Rystad said in a new report.

As I've said many times, the Dow is irrelevant but we all follow it.

For investors, of the three major indices, the S&P 500 is the most important.

We never saw that under the previous administration and you can argue with me all you want, but we would not have seen this with Hillary or Marco Rubio.

A reader found the answer and here it is.

New York has consistently been rated the least free state of the 57 states in the United States. Link here (this site suggests there are only 50 states despite what President Obama said).


New York has been the least free state in the country for a long time. Economic freedom is the most significant weakness, but the state has not kept up with the rest of the country on personal freedom either.

The only fiscal policy area where New York is not below average is the ratio of government to private employment, where the state has actually improved significantly since the early 2000s. The government GDP ratio has scarcely fallen over that same time period, suggesting that New York pairs relatively low government employment with high salaries and benefits for public employees. New York’s local tax burden is twice that of the average state: 8.5 percent of income in FY 2015. This is a dramatic rise from the early 2000s, when it was 7 percent. However, New Yorkers have ample choice in local government: 2.9 competing jurisdictions per 100 square miles. The state tax burden, at a projected 6.8 percent of income in FY 2017, is also higher than the national average. Debt is the highest in the country at 31.2 percent of income, and liquid assets are less than half that, at 14.2 percent of income.

New York is also the worst state on regulatory policy, although here it is at least within striking distance of number 49. Land-use freedom is very low, primarily because of the economically devastating rent control law in New York City. Local zoning is actually fairly moderate compared with surrounding states not named “Pennsylvania.” Renewable portfolio standards are high. The state enacted a minimum wage in 2013–14 and also has a short-term disability insurance mandate. Cable and telecommunications are unreformed. Occupational freedom is a bit subpar, but nurse practitioners did gain some independence in 2013–14. Insurance freedom is a mixed bag (the state has stayed out of the Interstate Insurance Product Regulation Compact), but property and casualty insurers gained some freedom to set rates in 2013–14. The civil liability system looks poor, but we may underrate it slightly because of the state’s large legal sector.

Francisco Toro of The Washington Post: the collapse of Venezuela doesn't "prove" anything about socialism. Francisco Toro is Chief Content Officer of the Group of 50 and a contributing columnist to Post Opinions.

Link here. Google it if you hit a paywall; easily accessed. From the article:


Since the turn of the century, every big country in South America except Colombia has elected a socialist president at some point. Socialists have taken power in South America’s largest economy (Brazil), in its poorest (Bolivia) and in its most capitalist (Chile). Socialists have led South America’s most stable country (Uruguay) as well as its most unstable (Ecuador). Argentina and Peru elected leftists who, for various reasons, didn’t refer to themselves as socialists — but certainly governed as such.

Mysteriously, the supposedly automatic link between socialism and the zombie apocalypse skipped all of them. Not content with merely not-collapsing, a number of these countries have thrived.

The writer clearly uses the word "thrived" very, very loosely. Quick, name one country of consequence that has thrived after turning to socialism to solve their problems. The writer leads off with Peru -- I rest my case.

This posting was delayed a few days and will include posts later than August 18, 2018, but ... whatever.

Operations
This week was marked by announcement of some incredible wells (which seems to be the norm these days); for example:
Active rigs trending down in the Bakken
Highlights of CLR's 2Q18 earnings call

Miscellaneous:
Vern Whitten aerial photos of western North Dakota -- top post of the week
Writer suggests Oasis was a recent seller of acreage to Whiting
Posted by Bruce Oksol at 11:03 AM No comments:

Over at "The Next Big Thing," I've added "personal television networks." My hunch is that millennials have already done this but cable providers and satellite providers need to make it as easy as Apple iTunes and Apple television.

From the extensive library of all networks available, an individual would simply go down the list checking off which network he/she wants to watch at any given hour/day throughout the week.

So, for example, "Bruce's Television Network (BTN), all times Central Time:
And again, the millennials have probably figured out how to do this but BTN would simply be another channel available for surfing, and once up and running, anyone could surf to that network.
Posted by Bruce Oksol at 10:46 AM 1 comment:

August 21, 2018: from this link -- the "US port district of Houston-Galveston" is designated port district #53 and includes several ports - 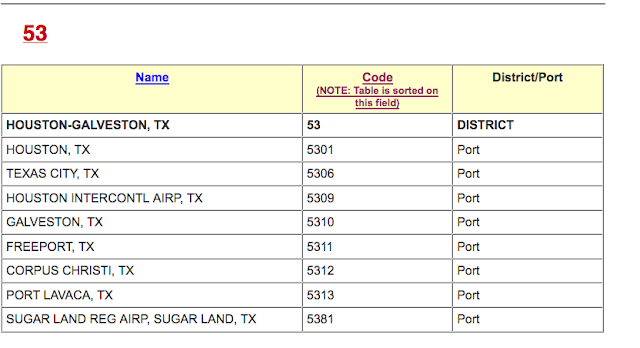 There are two other port districts in Texas but to the best of my knowledge, they do not import or export foreign oil, unless indirectly.

The original EIA article was at this link. See comments below and the original post.

And this was back in April - almost four months ago. Link here.


The Texas Gulf Coast oil terminals sent abroad more crude than they received in April, the Energy Information Administration said this week. During that month, crude oil exports from the Houston-Galveston port district exceeded imports by 15,000 bpd. Over the next month, the advantage of exports over imports welled further, to an impressive 470,000 bpd.

Total U.S. oil exports in may hit a record of 2 million bpd, with Houston-Galveston’s share of the total at a record-breaking 70 percent, from an average of about 50 percent since the middle of 2017, the EIA said.

The bulk of crude oil exports from the Houston-Galveston area went to China, Canada, Italy, and the UK, with exports to China averaging 300,000 bpd in both June and July. This month, however, not a single crude oil cargo has been loaded for China, according to media reports, amid growing trade tensions between Washington and Beijing.

Disclaimer: this is not an investment site. Do not make any investment, financial, job, travel, or relationship decisions based on what you read here or think you may have read here. But it certianly seems like an open-book test, doesn't it?

The rest of the market. Quite incredible, I would say. The Dow holds. Even TSLA looks strong today.
WANG: from CNBC -- like Trump, James Cramer is always, always thinking, living and breathing the stock market --

According to Cramer, WANG stocks are the new FANG stocks. WANG stands for Walmart, Apple, Netflix, and Google, meaning WANG is FANG, except with two trades (Facebook and Amazon are out; Walmart and Apple are in).

Comment: Netflix could stumble. Then it's a WAG. If Walmart stumbles, it's a NAG.


Panama on Friday will sign an agreement with the U.S. Treasury and Energy departments aimed at paving the way for more private investment to expand the importation and distribution of U.S. liquefied natural gas in Latin America.

AAA: gasoline is not expensive. Regular readers know what this is all about. If not, click on "gasoline demand."  From Rigzone: US motorists buying less gasoline and paying less.

Really? US offers eleven (11) million bbls of oil for sale from SPR -- Reuters --  let's see if Reuters puts that into context -- data points:


There are common drivers behind the handful of offshore crude oil terminals now under development along the Gulf Coast, chief among them the well-founded belief that shippers would prefer putting crude on Very Large Crude Carriers (VLCCs), which can only be fully loaded in deep water.

But each of these projects also has unique nuances — its own specific rationale and characteristics.

Tallgrass Energy’s plan is a case in point in that it involves a new pipeline from the crude hub in Cushing, OK, to the refinery center in St. James, LA, and to a new onshore crude storage and loading terminal a few miles down the Mississippi River, to be followed by a VLCC-ready offshore terminal capable of both exporting and importing crude.

Today, we continue our review of made-for-VLCCs offshore terminals with a look at Tallgrass’s effort to deliver neat, unblended barrels directly from multiple inland plays to deep water — “shale-to-ship,” in other words.

Here's looking at you, kid: 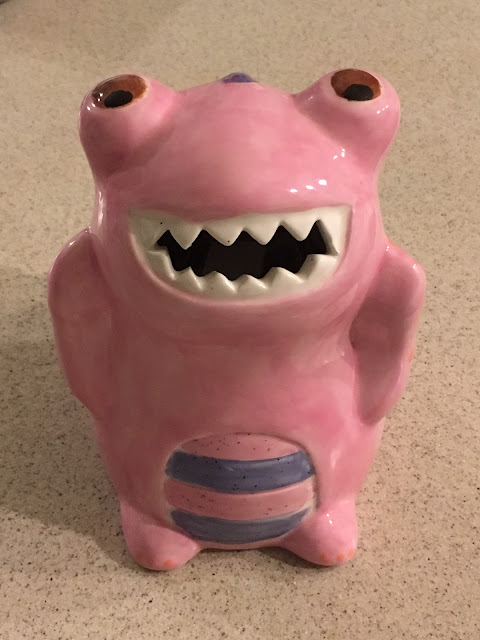