Over at my "Data Links" page, I have this cryptic note, under, "History: Publications":


Incredible, obscure report, dated September, 2008: a must! (unfortunately this link is broken and I cannot find the article; for now, read this short note, dated February 13, 2008)

I may not have found that "incredibly, obscure note," but I certainly found enough other sources to suggest what I must have been referencing.

But first some disclaimers and some comments.

Disclaimer: do not make any investment, financial, job, travel, or relationship decisions based on anything you read here or think you may have read here.

Disclaimer: in a long note like this, there will be factual and typographical errors.

Comment: entrepreneurs and established billionaires don't keep building in the Bakken if they thought it was a dying field (see Art Berman, and many others).

Let's start here. This link will download as a PDF. I've linked it the blog before. It is a letter from A"David J. Bardin" to the acting director of the US Geological Survey, back in February, 2006. A screenshot: 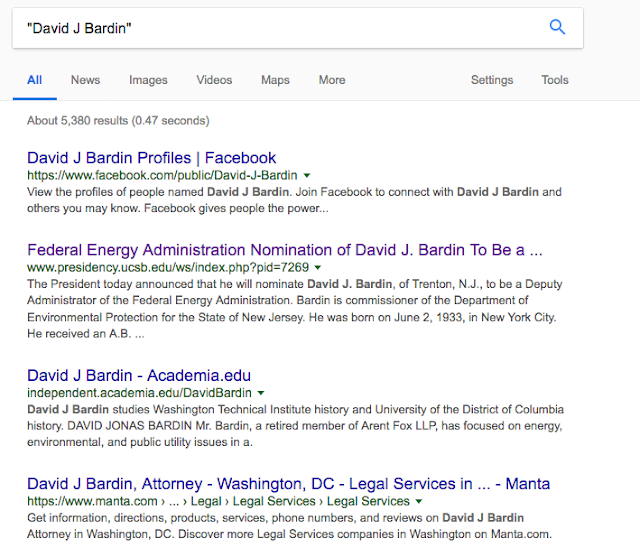 I do not know if Dr Patrick Leahy responded to Mr Jardin or if the USGS released the Leigh C. Price paper.

But now that I know what I'm looking for, we can google 400 billion recoverable barrels "North Dakota"

This might be the article (or one nearly like it that I found back in 2008 but had lost),


The Bakken Formation is almost inconceivably large. Every time it is analyzed for “recoverable” oil, the number expands. It is influenced not only by improved technology but by more accurate estimates of its size.

In April 2008, a U.S. Geological Survey (USGS) estimated it contained 3.6 billion barrels of oil. To put that into perspective, if North Dakota oil producers produced only a million barrels a day from here on out, it would take 3,600 days, or 10 years, to drain the field. But five years later the USGS took a look and raised its estimate to 7.4 billion barrels.

Now estimates from other sources are coming in at 24 billion, with one outlier estimating that the field which occupies about 200,000 square miles underlying Montana, North Dakota, Saskatchewan, and Manitoba contains 400 billion barrels of recoverable oil. 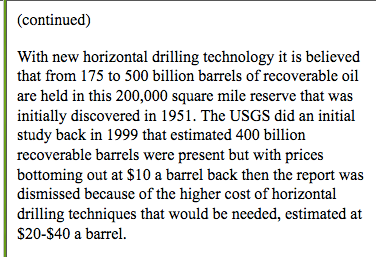 Again, the same language used in the earlier link (above): two hundred billion barrels of oil have been discovered in North Dakota (from 2008):


America is sitting on top of a super massive 200 billion barrel Oil Field that could potentially make America Energy Independent and until now has largely gone unnoticed. Thanks to new technology the Bakken Formation in North Dakota could boost America's Oil reserves by an incredible 10 times, giving western economies the trump card against OPEC's short squeeze on oil supply and making Iranian and Venezuelan threats of disrupted supply irrelevant.

In the next 30 days the USGS (U.S. Geological Survey) will release a new report giving an accurate resource assessment of the Bakken Oil Formation that covers North Dakota and portions of South Dakota and Montana. With new horizontal drilling technology it is believed that from 175 to 500 billion barrels of recoverable oil are held in this 200,000 square mile reserve that was initially discovered in 1951.

The USGS did an initial study back in 1999 that estimated 400 billion recoverable barrels were present but with prices bottoming out at $10 a barrel back then the report was dismissed because of the higher cost of horizontal drilling techniques that would be needed, estimated at $20-$40 a barrel.

One can see the "story" is simply being copied and re-copied among many sites, but it begs the question: is there any truth to the 1999 USGS study; does it exist; was it ever released; was it misinterpreted?

I might come back to this, but I"m watching NASCAR's Daytona 500 with Sophia.

It's my understanding that year-end production numbers for the US for 2017 will be released by the EIA in July (2018). 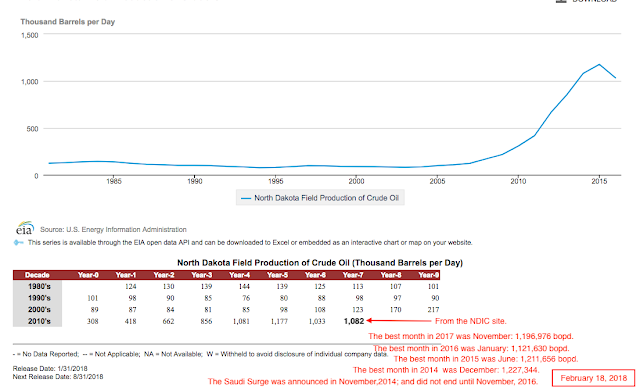 Sophia loves her My Busy Books sold at huge discounts at Barnes and Noble. These are five or six hardcover reading books to be read by adults to pre-readers, with a special section in the back that holds a giant "map" -- about 36" by 30" of heavy plastic-like material -- and twelve little action figures. She has four of these books (of which I am aware) including Dory, Finding Nemo, and Coco.

The other day, it appeared she was taking inventory of the Coco action figures. 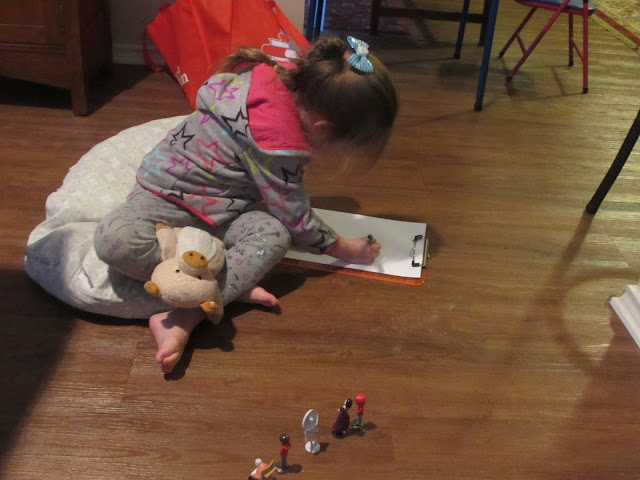 One thing leads to another. I started the morning by reading this WSJ article, "Germany's coffers are overflowing, but no one is talking about tax cuts."


Despite huge government surpluses and comparatively low debt, lowering taxes is off the table.

And the way the Germans are able to generate those huge surpluses? Let the US pay for their defense.

One may agree or disagree on that latter point, but before debating the issue, check out the defense budgets of countries about the world.

Quick, without looking, among the top twenty countries, which country spends the most money on military defense as a percent of its GDP? Two hints: that country ranks fourth in overall spending (the US, of course, is #1); and, that country spends almost 3x what the US does on a percent-GDP basis.

We will come back to this later. But color me surprised.

What about Germany? Germany is #9 on the "money" list, spending less than even France, the UK, or Japan. But wow, look at this: based on GDP ranking, it would be ranked #19 on the list of the top 20 countries. No wonder Bernie and Trump are so mad.

Only Canada, coming in last, spends less on a GDP basis. From the bottom up:
And so it goes.

I came across that little nugget when checking to see if the most recent nationwide German strike had come to an end. It has. These are the facts and comments:
So, back to the question posed earlier.

What country, of the top 10 based on dollars (the countries that matter) -- on a percent-GDP basis -- spends the most on military defense? At the linked site above, from the 2017 Fact Sheet (for 2016), the answer, on a per-cent GDP basis:
What about China: comes in near the bottom at 1.9%.

Dollars: with the US at $611 billion and China at $216 billion, every other country, in comparison, is a pauper. Russia: about a tenth of what the US spends: $70 billion.

Saudi Arabia is #1 on a percent-GDP basis, but get this: on a "dollar" basis, Saudi Arabia spends almost as much as Russia: $64 billion. And as far as I know, Saudi does not have a nuclear missile program, nor a nuclear submarine fleet. It begs the question: just where is Saudi putting its $64 billion. The $64-billion-question, I guess.

And much of Saudi's defense is augmented by the US' 5th Fleet; the 379th Air Expedition Wing in Qatar; and, boots on the ground -- upwards of 54,000 military and civilians "working" in the Mideast, an increase of 33%, apparently, since just a few months ago.

No wonder Bernie gets so mad.

By the way, how much does Iran spend? About $12 billion -- about what Canada spends -- amounting to 3% of its GDP, versus 1% that Trudeau spends.

Anyway, enough of that. I now have a better idea of the German economy and defense military expenditures.
Posted by Bruce Oksol at 3:24 PM No comments: