I post all such data links at this page.


A Change Is Gonna Come, Sam Cooke
Posted by Bruce Oksol at 7:20 PM 2 comments: Links to this post

GMXR has a new corporate presentation. Note: they plan to sell some of their Niobrara acreage; direct ALL CAPEX to the Bakken.


Even if not interested in GMXR, lots of great Bakken info.

Note to newbies: I consolidate investment presentations, etc., at this page.

Also, a reminder: for a snapshot of operators in the Bakken, click here.
Posted by Bruce Oksol at 7:15 PM No comments: Links to this post

July 9, 2012: speaking of blinders (and gnats), I don't want to beat a dead horse, but timing is everything. As noted earlier. One doesn't have to ban something to destroy/bankrupt an industry. Here's a coal company that is biting the dust, literally and figuratively: Patriot Coal files for bankruptcy protection. The man in the video must be smiling. Thinks are happening as he predicted.


July 9, 2012: I don't know if folks have blinders, or if they really don't know. Shortly after posting the original note below, I received a comment asking for the source of my comment regarding the President's statement that one can destroy an industry without banning it. I don't know how many times I have posted this video, but what a great opportunity.


The interesting thing is that a) it's been posted many times on this blog; and, b) google "Obama coal" on YouTube and it pops up immediately. So, there you have it.

Later, 5:00 p.m.: Here's a great pdf file that provides more background to the "permitorium" in Montana. Note the date of the PDF. And folks wonder why I constantly remind readers of the pending EPA fracking regulations set to go into effect sometime after the comment period ends September 10, 2012. We'll get a side-by-side comparison of federal bureaucracy and state permitting processes.


Original Post
Link to American Spectator here, sent in to me by a reader.

North Dakota has 3x the proven oil reserves that Montana has, but 10x the drilling. How come?


Another is land ownership: Montana has a higher percentage of federal land, which is more difficult to drill. Regardless of how much President Obama may boast about increased domestic oil production during his term in office, the dirty secret is that most is taking place on private property, where it can't be blocked by the federal government.

Those matters aside, Montana's business, regulatory, and legal climate is still unfavorable compared to neighboring states like North Dakota. We've been down this road before. In spite of the fact that Montana sits on the nation's largest coal reserves, its coal production is vastly out-stripped by its historically business-friendly neighbor to the south, Wyoming, which has capitalized on much smaller reserves.

By the way, I have a post that compares the business climate of Minnesota with that of North Dakota.
Posted by Bruce Oksol at 5:56 PM 6 comments: Links to this post

Eatalian: Gardena, Los Angeles, California -- Absolutely Nothing To Do With The Bakken

This is one of the "new" hot spots in Los Angeles for an authentic Italian eating experience. It was incredible.

It reminds me of the Seinfeld episode on "Soup Kitchen." At the Eatalian there is absolutely no changes or substitutions to the menu. The chef wants you to experience an authentic Italian restaurant experience.  The one photo that is missing is a photo of the extensive gelato selection.

Cheese, pasta, pastry, and gelato are all made on-site.  This restaurant alone might keep me from returning to the Bakken. We went about 10:30 Saturday morning for thin-crust pizza. After 11:30 on weekends it starts getting busy. For dinner weekend evenings, a 45-minute wait. Recession? What recession? The prices are very, very reasonable. In fact, comparable to dinners in the Bakken. 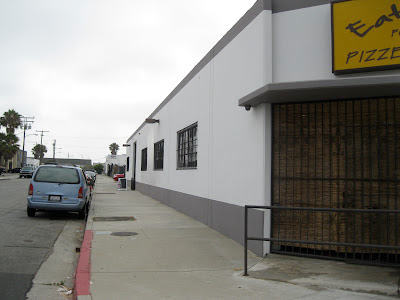 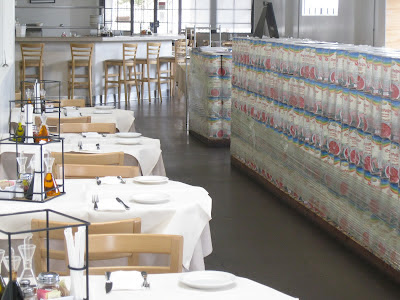 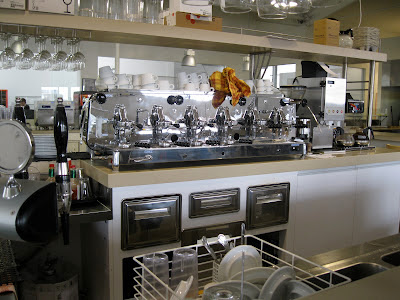 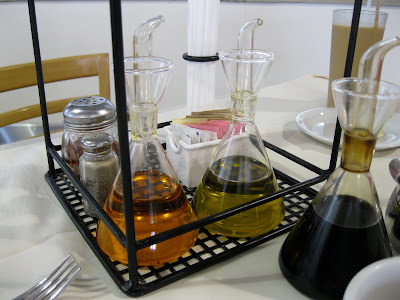 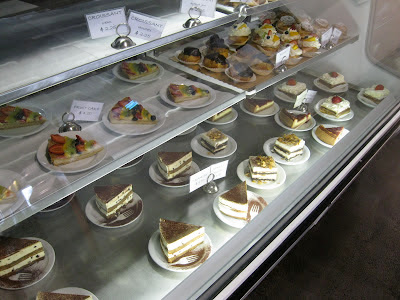 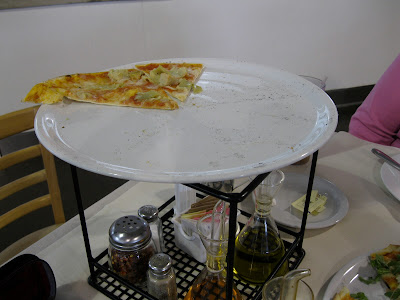 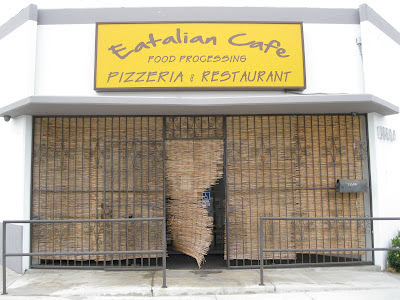 Posted by Bruce Oksol at 12:52 PM No comments: Links to this post

Random Photos From the Bakken 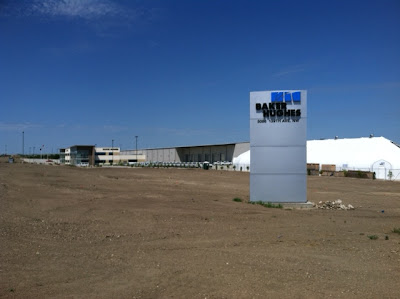 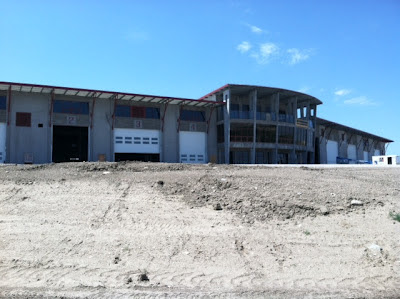 
For newbies who wonder what petroleum engineers do in their spare time and why they need these huge buildngs: 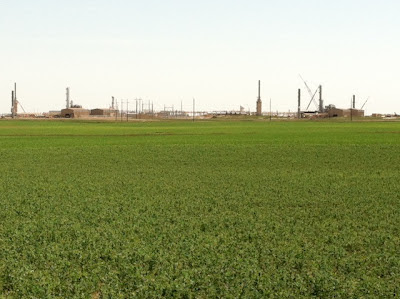 Stateline 1 -- on the Grenora Road, northwest of Williston 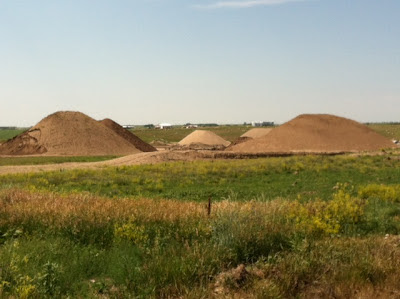 Sand pit near Williston. Last autumn, I saw many, many sand pits around Williston; some were quite huge. 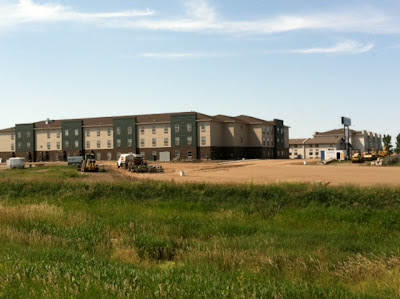 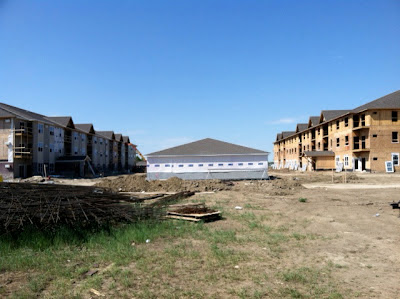 New housing in Tioga.
Posted by Bruce Oksol at 12:44 PM No comments: Links to this post

Production choked back in North Dakota?

Catching up across the nation: $1 billion fertilizer plant; non-Bakken stories

Safer in the oil patch?


There are fewer top stories because I am traveling and posting less, but I am also posting new stories at older pages with common themes, to cut down on the clutter. Most of these new stories won't be seen by readers unless they are interested in a particular story and search the archives at the sidebar at the right.

Posted by Bruce Oksol at 12:37 PM 3 comments: Links to this post


Three years ago, Sivert Mysse and Richard Mysse, who still farms and ranches near Ingomar, were watching a company hook up three “hot oil” trucks to heat water at a hydraulic “fracking” site and noticed that a fourth truck was needed.

After watching for a while, they asked a dangerous question.

“How hard can this be?” Sivert Mysse said.

Go to link for rest of story: fascinating.

Posted by Bruce Oksol at 11:57 AM 2 comments: Links to this post

Posted by Bruce Oksol at 11:54 AM No comments: Links to this post


Minnesota Power has taken significant action to improve the environmental performance of its fleet; keeping pace with the nation’s rapidly transforming energy landscape. The company’s generation fleet was 95 percent coal-based in 2005, but by next year the ratio will drop to 74 percent coal and 26 percent non-coal, with a greater non-coal percentage projected to come. Transitioning from fossil-fuel based energy to renewable energy is a capital intensive endeavor. In recent years Minnesota Power has invested about $500 million in wind energy, biomass and hydropower improvements.


Minnesota Power is building, as we speak, a mega-wind farm near Center, ND. There were 6 semi's parked in a truck stop on Independence Day. Much of their non-coal energy is hydropower from Canada.

After seeing the wind farms in Indio, California, my hunch is that the wind farm fad will runs its course over ten to twenty years. For those who think the oil industry has ruined the "view" of North Dakota, wait until they see the wind farms.
Posted by Bruce Oksol at 11:50 AM No comments: Links to this post