Time to get out the popcorn:

What does the surging price of gasoline have in common with inflation?

They are both transitory.

My gasoline use and cost over the last few months in my 2012 Honda Civic. 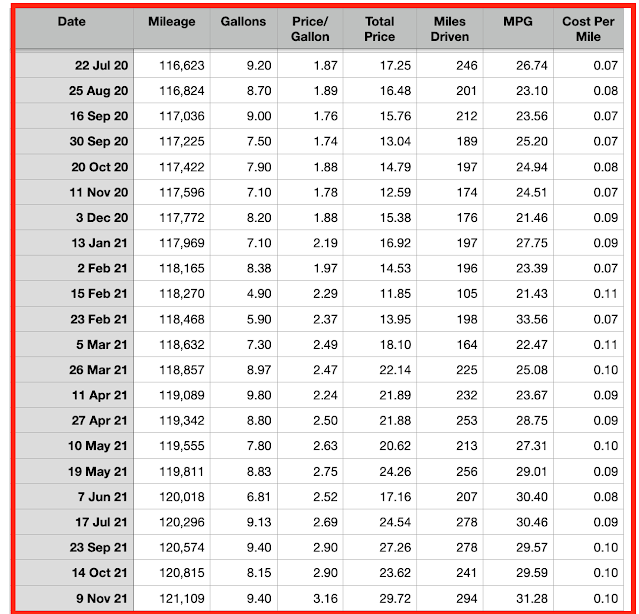 Back in the USSR, The Beatles
Posted by Bruce Oksol at 7:16 PM No comments: 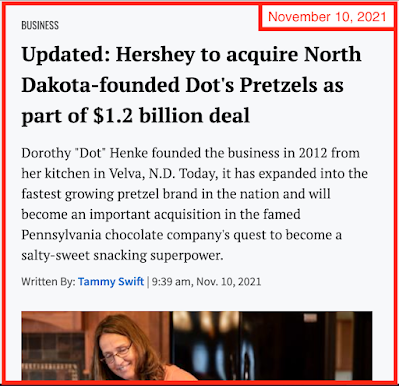 Wow, wow, wow: this is amazing. Dot's Pretzels -- my favorite pretzel. I have been buying them for years. My youngest sister introduced them to me. Amazing. And now Hershey is going to buy Dot's Pretzels for $1.2 billion. Link here. I wonder if Dorothy "Dot' Henke ever appeared on Shark Tank. LOL. Mr Wonderful would have turned her down, saying everybody makes pretzels. He's a real chump. From the linked article:

Hershey is buying North Dakota-based Dot's Pretzels, along with one of its manufacturing partners, for a combined $1.2 billion, the chocolate giant announced Wednesday.

"With a unique range of bold, distinctive seasonings and a flavorful crunch that creates a premium pretzel experience for consumers, Dot's Pretzels stand apart from all other products in the pretzel category," Hershey Co. president and chief executive Michele Buck said in a statement.

The company called Dot's the "fastest-growing U.S. pretzel brand" and said it represented a staggering 55% of the category's growth over the past year.

Dorothy "Dot" Henke founded the company in her home outside outside of Minot, N.D., in 2012. She found early success amid the state's oil boom and its hungry workers before getting picked up by an increasing number of retailers, including Minneapolis-based Target Corp. Henke said it's her secret seasoning recipe that led to her success.

"I created my pretzels to share with those people closest to me and have built the business with the idea of sharing them with everyone," she said in a news release Wednesday. "With Hershey behind this amazing brand, I am confident that anyone who would like to enjoy these deliciously bold pretzels will have the opportunity."

Consumption of savory snacks, like ready-to-eat popcorn, chips and flavored pretzels, has trended upward in recent years, but sales spiked during the pandemic as Americans spent more time in front of screens, according to a recent report from the NPD Group.

Comment: this is a huge story. Pennsylvania is known for its pretzels, and here, North Dakota comes along and beats them at their own game. LOL.

NDIC did not provide updated list of active rigs.

1. Handful of US senators want Brandon to ban US crude oil exports. I don't know how that would play out for US shale producers, but it would play right into the hands of OPEC+ sending global prices sky-high. Would WTI and Brent / Saudi OSP diverge? I think $60 oil in the US and $200 oil in Germany would be just about right.

2. OPEC crude embargo lite. Prince MBS playing chess against a US president in his eighth decade of life.

Old poll: overwhelmingly, respondents said the CLR Permian deal was a great deal. Ninety-four percent thought Harold Hamm did the right thing to six percent who did not think it was a good deal. 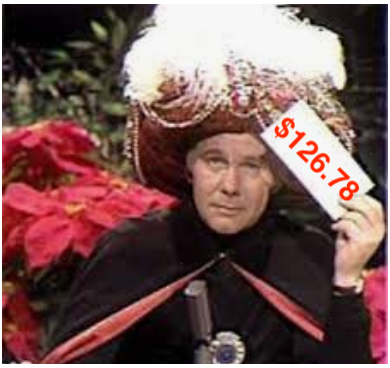 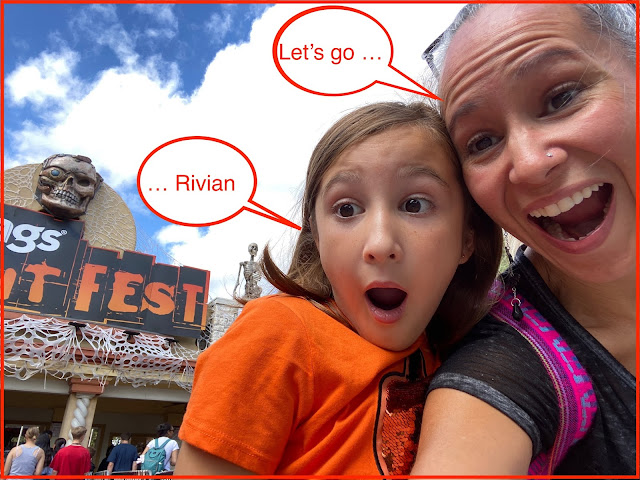 Winners? The investing class and those who plan well.

Planning? I could be wrong, but I think winter comes about the same time every year. The time to buy winter clothing is not in November, but back in September (ro earlier). My new Carhartt jacket arrived two days ago: overnight delivery through Amazon. Home of Economy in Williston, ND, should have huge assortment of winter work clothes.

From a reader this morning: 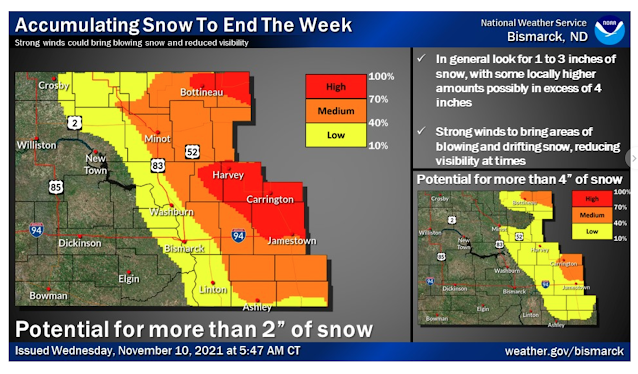 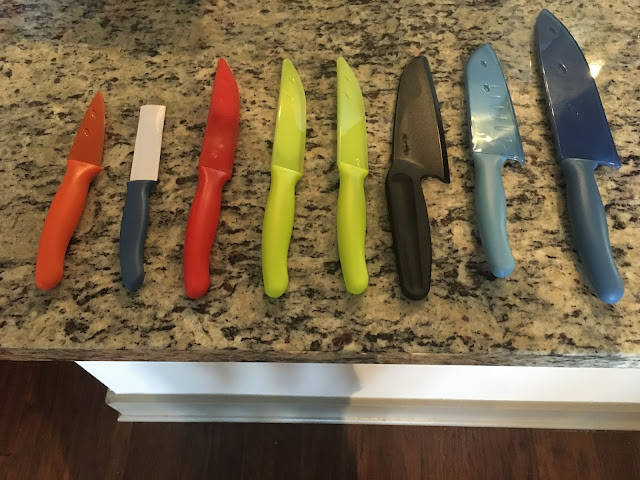 RIVN: offering price, $78. Raises $11 billion in IPO. Offering size, 153 million shares. Rivian pick-up trucks: tank turns. Market cap will exceed that of Ford or General Motors. Only one car manufacturer will have a higher market value than Rivian. If you can't guess, you are a nominee for the annual Geico Rock Award.

Rivian tank turns, Bobcats on steroids: the possibilities are endless when each wheel can be independently controlled:

Wholesale inventories: huge and positive. Puts the "supply chain shortage" meme in perspective. Up 1.4% vs 1.2% estimate.

Road to New England: still cheap compared to the rest of the world, but "Mainers" will face double-digit shock in electricity rates next year, from the Portland Press Herald, Maine. Wait, how did this happen? Link to ISO NE here.

A majority of Mainers could see the rate they pay for their home's electricity supply jump between 60 and 80 percent next year, based on assumptions provided to the Legislature by the state Public Utilities Commission, as well as wholesale prices observed by energy experts.

Home customers of Central Maine Power and Versant Power who buy their electricity via the PUC's "standard offer," or default power supply, now pay roughly 6 cents per kilowatt-hour, or $33 for the typical 550 kWh of use a month. Assuming a 60 percent rise to 9.6 cents per kWh, the cost of power would climb to nearly $53 a month. Such an increase would push an average residential customer's bill, which also includes a distribution charge, from about $90 to $110.

Where are all the truck drivers? Link to The WSJ. So many data points that contribute to the problem. Much of the problem developed over time, but I would argue the tipping point -- the current problem -- is / was President Donald Trump's fault. I've mentioned this once before on the blog. In no particular order:

The Rocky Mountain Oil Journal: this was one of my favorite sources for information in the early days of the Bakken. It was hard to find a library that carried this bi-weekly (?) newspaper but the public library in Williston, ND, did.

Every time I visited Williston in those days, I visited the library almost every day. The RMOJ was one of the reasons I started the blog. Last night, for the first time in a long time, I checked in on RMOJ. Dated 4/30 (no year -- but I assume it was 2021), this sad news, link here:

After a century of providing upstream data for the oil and gas industry, effective immediately the Rocky Mountain Oil Journal (RMOJ) will be shutting down the remaining vestige of the publication, its online website. We were hoping the RMOJ might recover from the adverse effects of the COVID-19 pandemic and the lethargic rebound of oil prices; however, it was not to be.

Even though the end of the pandemic seems to be approaching, the fossil fuels industry will be fighting for its survival against the current administration, mainstream media, and every green-related organization. With no new pipelines allowed, millions of federal acres locked up, and rising costs because of bureaucratic meddling associated with proposed tax increases, domestic exploration is currently almost non-existent. This new paradigm, which will cause many known and unknown problems, will be felt long after the current administration is gone from the political stage.

We have made many good friends while publishing the RMOJ and we are sorry that our relationship will end. We wish each and every one of our customers the best this great country has to offer.

Quick! For Willistonites, what was the name of the public library in Williston back in the day? I guess somewhere along the line, the city decided to drop the original name which lent a lot of history to the library as well as the city, and changed the name to the milquetoast name: Williston Community Library. How sad. I guess just another casualty of white privilege.

RMOJ RIP: this will be a stand-alone post. It affected me deeply to have seen this.

Where are all the other truck drivers? Again, later, another stand alone post. Later.

Out: Brian Williams out at MSNBC. Rachel Maddow to cut back. Link to The WSJ. One word: ratings.

ISO NE: finally, a relatively decent day -- and renewable energy is supplying, as a percent, an almost negligible contribution. Link here. Natural gas + nuclear: 89% which is as high as they get; generally natural gas + nuclear runs 84%; I've never seen the two combined hit 90%. Renewables at 5% is less than hydro at 6%.

Note: the other day I mentioned that certain NDIC pages would not download on Firefox. That seems to be a personal problem. NDIC pages seem to download just fine on Firefox on my "old" MacBook Air (13-inch, early 2015 with an Intel HD graphics card) but not on my "newer" MacBook Air. Don't understand it. It just happened and I haven't upgraded the software in either nor have I reset any of the settings. So my excitement that maybe we were about to see some movement on the NDIC IT issues seems to have been premature and entirely wrong.

Speaking of which: the MillionDollarWay operations center is moving from our little hovel on the second floor in this huge apartment complex to Sophia's bat cave on the first floor. Readers will not be affected by the change.

Today's agenda: the only thing, of interest, on tap today, is the EIA's weekly petroleum report. I will post that data later, but I'm taking the day off. I will check in, and maybe even post a few notes, but with so little news, time to relax. Maybe I'll update some incredible Bakken wells.

Crude oil production in Western Canada has been rising steadily for most of the past decade. Unfortunately, the same cannot be said for its oil pipeline export capacity to the U.S., which has generally failed to keep pace with the increases in production. Dogged by regulatory, legal, and environmental roadblocks, permitting and constructing additional pipeline takeaway capacity has been a slow and complicated affair, although progress continues to be made. The most recent tranche arrived last month with the start-up of Enbridge’s Line 3 Replacement pipeline, which provides an incremental 370 Mb/d of export capacity and should help to shrink the massive price discounts that have often plagued Western Canadian producers in recent years. In today’s RBN blog, we discuss the long-delayed project and how its operation is likely to affect Western Canada’s crude oil market, now and in the future.

In recent years, Western Canada had been chronically short of sufficient oil pipeline capacity to its primary export market: the U.S. At times, the huge mismatch between production and takeaway capacity resulted in enormous price discounts for its flagship Western Canada Select (WCS) heavy-oil blend relative to West Texas Intermediate (WTI) at Cushing — a spread that ballooned to more than $40/bbl in October 2018 and spurred a major rebound in crude-by-rail, a more expensive transport alternative.