I'm working off a throttled cell phone so minimal blogging. 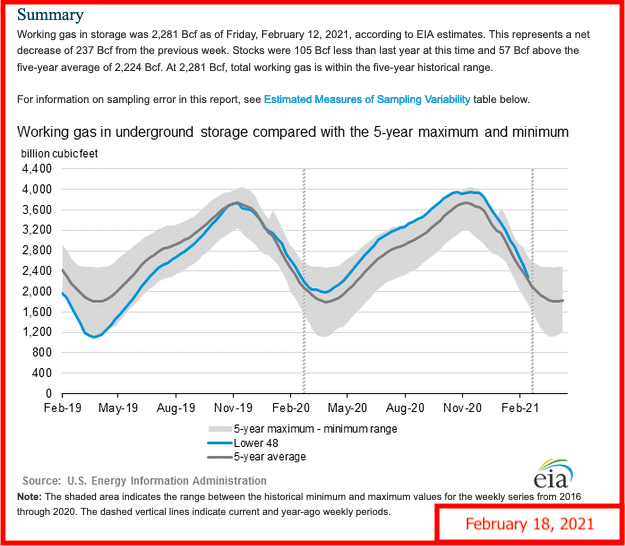 DAPL: operator sees "no chance" the pipeline will be shut down. For the archives. By the way, Energy Transfer has proposed buying Enable Midstream.

Tokyo: Olympics 202One still a question mark. Link here to The WSJ.

Tennis: speaking of sports, the Australian Open semifinals last night between Jennifer "Go Bruins" Brady and Karolina Muchová was an incredible match. I was hoping would win but wow, it was a nail-biter. 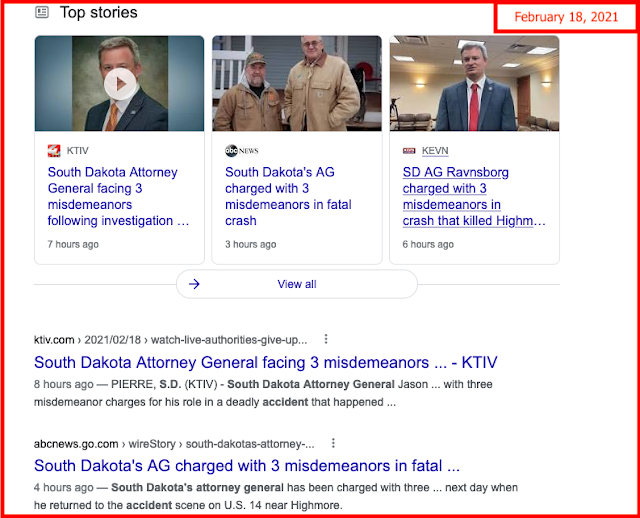 Bloomberg called this recent bit of global warming that hit Texas a crisis.

First, let's put this in perspective.

Let's put this in the "energy crisis" folder. Compare it Three Mile Island and Fukishima. Need I say more? The way the media played it, I thought it was worse than both TMI and F combined.

Second, consider it from the personal element. Compare the hardships suffered by an individual in Texas over the past four days with  a POW in Vietnam. Need I say more?

And if that's a bit crazy, then compare it with the typical hurricanes that hit the Gulf Coast every summer.  Compared to a Louisiana hurricane on a scale from one to ten, the recent snow event was  ... maybe ... a one.

The roughnecks in the Bakken experience worse for weeks on end.

Bloomberg called it a crisis. Permian production was down 25% or thereabouts. No one knew the real number; everyone was simply pulling numbers out of the air.

This is when I knew it was not a crisis. When I saw the price of oil -- WTI -- actually drop on the fourth day of this crisis. The second clue? The market did not correct.

On another note, these events are incredibly important. Wise folks learn from them.

What I found most amazing was how incredible our apartment complex managers were. The complex is composed of twenty buildings, each with ten units. The manager and the second-in-charge, are two very young women. This is probably their first crisis, as Bloomberg described it. And they came through with flying colors. They made sure all tenants were safe. They stayed on campus 24/7 and had the chief of maintenance remain on campus 24/7 as well. They helped tenants with alternate places to re-locate when it simply got too cold to remain in the apartment. Most amazing, they minimized flood damage and had arranged for outside contractors to help restore apartments to pre-flood conditions. I honestly thought this was going to last a minimum of two weeks; in fact, it was less than 24 hours of true inconvenience. And even that was a stretch.

I would write much more but Sophia wants me to watch Shrek 2 with her, and I'm using a cellphone hotspot to keep connected to the internet, and I've just been "throttled." LOL.

By the way, we still don't have internet (Spectrum). I have an "affordable" cell phone plan which throttles me if I use too much cellular as opposed to wi-fi. But this week I had little choice. And you know what? Throttling is at best an irritation. This technology simply blows me away. Remember: my grandparents had a "party line" for a telephone when I visited them at age five. Now, I can "surf the net" using a cell phone as a hot spot.

Reality sucks: everyone has toilet paper, but now we don't have water. Welcome to the Jill and Joe show.

- 52°F: that was the low in some parts of North Dakota with most recent "global warming" event. Just imagine, if it weren't for global warming, it would have been -56°F. I'll bet those roughnecks in the Bakken and the Permian would have voted for a bit more global warming. I honestly don't get it. It seems either God or Mother Nature is trying to catch Joe's attention. Won't happen. The gullibility of humanity.

Speaking of gullibility: have you all noticed how fast Covid-19 is disappearing? And to think the vaccine was not even available when Joe "Mask" Hiden was sworn in.

Algore: the entire Arctic will be devoid of ice by 2013.

Crisis: Bloomberg. Crisis; oil prices surging. In fact, WTI down over 1% today, closed at $60.52. I might come back to this later, if I don't forget.

Blogging Will Be Intermittent -- Working Off A Cell Phone Hotspot -- February 18, 2021

No wells coming off confidential list through the end of this week / weekend.

MacRumors was down for a short period yesterday, also. I assume this will be temporary.

Chromebooks outsold Macs for the first time in 2020.

I saw this coming two years ago, when California school districts started requiring Chromebooks and not Apple computers.

New data shows that Chromebook laptops outsold Mac computers for the first time over the course of a full year in 2020, a year largely driven by commercial demand for lightweight, powerful, and affordable personal computers. The data from IDC shows that Windows continues to dominate the market, although its share declined over the course of the year as Chrome OS surged past macOS into second place.

For the full year, the market share of Windows was down 4.9% in 2020 compared to 2019, while the Mac grew from 6.7% to 7.5%. IDC's data includes collective information about desktops, laptops, and workstations, and doesn't provide a breakdown of specific different product types. It is worth noting, however, that Chrome OS includes products made by Acer, Asus, Dell, HP, and Lenovo.

But there is good news:

Demand for personal computers skyrocketed during 2020, largely thanks to the shift to working and learning at home.

Market data estimates that in Q4 of 2020, the Mac grew by around 30% compared to the same quarter the previous year.

In comparison to other makers, Apple had the most significant year-over-year growth in the quarter. In addition to market shifts due to changes in work and school patterns, the fourth quarter of 2020 notably also saw Apple launched its first Apple silicon Macs, which have been very well received.

Three words I love to see in the same sentence: Apple .... demand .... skyrocketed.

The only interesting thing about this article are the comments.

Posted by Bruce Oksol at 1:03 AM No comments:

The Mideast In A Post-Trumpian World

February 18, 2021: Biggest story developing: the rift between Biden and Prince MBS. In the big scheme of things this should have happened decades ago. But good, bad, or indifferent, this will be interesting to watch. Get out the popcorn.