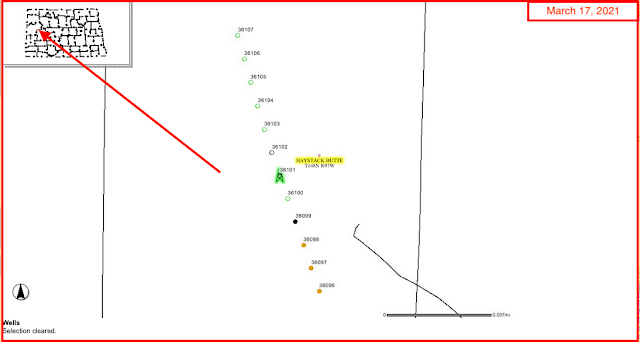 February 22, 2021: yesterday I noted a number of Gordon Federal permits "expired." Tonight I noted on the daily activity report that four of those "expired" permits were renewed.

First: note all the "white space." Lots and lots of work that needs to be done in the Bakken. In addition, most of those horizontals in the graphics below were completed using "old" completion strategies. These wells will all be re-fracked and/or re-drilled/re-fracked.

Certainly the interest for twelve more Gordon Federal wells is not in one tiny sweet spot surrounded by a dearth of oil in neighboring sections.

I don't follow the Permian, but what little I read suggests operators are still being challenged by the size of drilling units in the Permian, and are still flummoxed by the optimum spacing. From what I see, and I follow it pretty closely, it appears operators in the Bakken have solved one of the issues; and, having little trouble with the other issue.

Again: the ovals highlight all the "white space." Lots of work yet to be done in the Bakken. In most of the Bakken, the minimum number of wells in any 1280-acre drilling unit: eighteen wells. But it may be decades before we get to that density. Eighteen wells: middle Bakken; Three Forks, 1st bench; Three Forks; deeper benches; Sanish in some areas. When I first started blogging, I said that if a mineral owner had one well, that mineral owner would eventually have four wells, probably eight wells; possible twelve wells, and maybe many, many more than that. 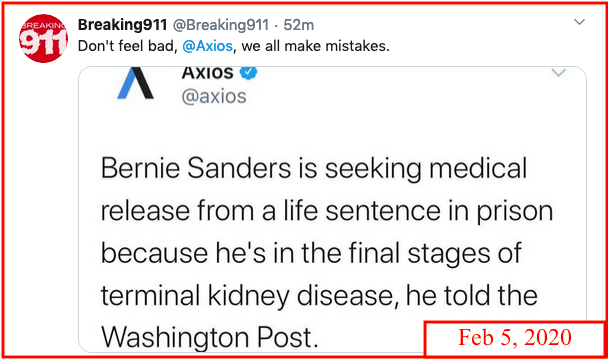 Someone made off with a bad joke?

For a chaotic, disorganized White House, this president certainly gets a lot of things done. This was revealed exclusively to one journalist just hours after the impeachment trial was over. Tomorrow the story should be everywhere: 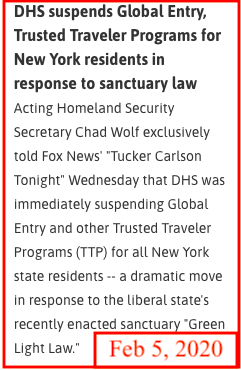 Romney theme song: after listening to Romney's explanation for voting "guilty," this immediately came to mind. His reason for voting the way he voted comes down to a "spirit in the sky." He made more references to the Creator than Carter has liver pills, as they say, in his speech to convict.


Spirit in the Sky, Norman Greenbaum
Posted by Bruce Oksol at 8:58 PM No comments:

Wow, wow, wow --- new Gallup poll -- after impeachment, but before the SOTU address. The percent of Americans polled who have a positive view of the GOP:
Americans:
Best news all day: the opportunist shows his cards -- Mitt Romney says he will vote to convict President Trump. The big question: when will Romney declare himself as an independent? He will have a lot of free time. going forward. No meaningful committee assignments, and certainly no committee chairs. Won't be invited to (m)any White House functions or GOP luncheons. A man without a party. One of the nice things about these votes: the president will know who his friends really are.

Dow: up 483 points at the close, at the very time the vote on the US Senate impeachment trial.

Both NASDAQ and S&P 500 with new all-time records.

Stocks in the news:

Rediscovering Homer: Inside the Origins of the Epic, Andrew Dalby, c. 2006.

Finally, a book that really, really explains how we got from the oral version of the Iliad and the Odyssey to the written works.

Iowa: Wow, two days later. This is hard to believe -- only 71% of precincts reporting in Iowa -- anyone who thinks this is all on the "up ad up" isn't doing a lot of thinking. LOL. 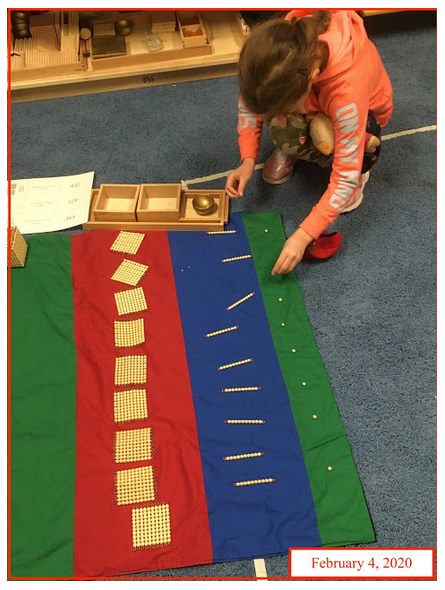 February 5, 2020, 10:46 a.m. ET, The New York Times, and only 71% of precincts reporting:
Off the net for awhile. Off to local Lego store. I feel the need to build. Bricklink.com is now part of the Lego family. Wow. And "Bricks and Minifigs" have a relationship with Bricklink.com, and I have a relationship with "Bricks and Minifigs."
Posted by Bruce Oksol at 10:54 AM No comments:


Joe Hinrichs, Ford’s 53-year-old automotive president, will leave on March 1 after almost two decades with the company. As a rising star under celebrated former CEO Alan Mulally, he was put on the fast track to be a potential heir to the top job.

With Hinrichs out of the picture, Ford is elevating Jim Farley, the company’s only other president, to become the first chief operating officer since the automaker planned for Mulally’s succession seven years ago.

The announcement that the board will revive the role of COO came days after Hackett reported dismal earnings results, dogged by the disastrous rollout of the redesigned Explorer SUV, and forecast more disappointing numbers for the upcoming year.

"This signals to everyone that Farley is Hackett’s successor, unless they plan to go outside the company,” said David Whiston, an analyst with Morningstar in Chicago. “Perhaps it could be nine months from now, or it could be 18 months from now, but they will make an announcement that Hackett is retiring and Farley takes over as CEO.”

Farley joined Ford from Toyota Motor Corp. in 2007, just before the bottom fell out of the U.S. auto market. He helped navigate the company through the Great Recession without resorting to the government bailouts and bankruptcies that befell General Motors and Chrysler.

I guess I missed a great SOTU speech, but then I never watch them. I often watch the arrival of the audience and the president; love to see the fake smiles, the theater, the pomp and circumstance. Did Ruth make the speech? It sounds like Trump hit this one out of the ballpark. For a chaotic, disorganized White House, he is quite incredible. It makes me wonder, makes me ask, often, just what in the world did past presidents do with all their free time? LOL.

What's the market doing? Well, first, what's oil doing?
Now back to Ford. What does Ford have that Tesla does not have. A huge, huge pension overhang. Link here.
here it is, The Chicago Tribune:


Ford CEO Jim Hackett said on a conference call with analysts that the company fell short of its expectations for the year, and he blamed the drop primarily on the flubbed launch of the new Ford Explorer SUV at its factory in Chicago.

New Explorers came off the assembly line with multiple problems and had to be shipped to a Detroit-area factory for repairs.

Hackett also referred to higher warranty costs during the year, especially for a flawed six-speed automatic transmission in the Ford Focus compact car.

I turned bearish on Ford when the company bought a scooter company, Spin; and, when it went all in on EVs, including an EV Mustang SUV. Are you kidding me?

What else does Tesla have that Ford doesn't have? Batteries. And Elon Musk, the greatest showman the world has ever seen.

Notes From All Over, Part 2 -- Iowa: Sanders Wins Popular Vote; Buttigieg Declared Winner -- John Hess Says It Is The Beginning Of The End -- February 5, 2020

John Hess says it's all over -- well, not quite, but the future for US shale not a bright one. If history is any guide, Hess will join Mark Papa in his US shale forecasts.


Production in the Eagle Ford Shale in South Texas is starting to plateau, while the Bakken field in North Dakota where Hess is a major producer will hit its peak production levels within the next two years, said Hess, who spoke Tuesday in Houston at the Argus Americas Crude Summit.

The good news: we will run out of oil just as EVs make up 95% of the global automotive market.

By the way, I completely missed this. It appears Mark Papa has moved on. He is now the chairman of Schlumberger. Schlumberger is tapping as its chairman an executive who earned a reputation for building shale producers that bypass oil service companies.


Mark Papa, 72, who will take over as chairman of the world’s biggest oilfield service provider next month, helped give birth to the U.S. shale boom a decade ago by building Enron Corp. castoff EOG Resources Inc. into one of the nation’s biggest explorers. He’s now running Centennial Resource Development Inc.

In his new role, Papa will help Schlumberger’s next chief executive officer, Olivier Le Peuch, tackle an industry downturn as investors pressure producers to rein in spending and return cash to shareholders. Le Peuch, 55, and Papa will replace Paal Kibsgaard, 51, who’s stepping down as chairman and CEO.

A key Papa trademark is bypassing technology from the oilfield servicers, opting instead for in-house innovations. It’s what led Paul Sankey, then an analyst at Wolfe Research, to dub EOG under Papa’s watch the “APPL of oil,” referring to the trading symbol for Apple Inc. Papa did that again at Centennial, hiring key former EOG executives to help make technology one of the pillars of his new company.

Meanwhile, back in New Hampshire:


If the polling holds, Sanders could be a 2 -1 winner in New Hampshire. Biden might escape with a ...

... hey, how about a golf analogy --
Talking points: this is most interesting.


The DNC party leaders do not want to discuss a "brokered convention." When pressed, they will not provide any thoughts on who wins/loses in a brokered convention. This speaks volumes. It's clear DNC talking heads have been given their talking points on this issue. It's clear it will be a brokered convention and DNC super-delegates will pick the Democrat nominee. Bernie will win, and win, and win. He won't win every primary, but he will win many of them, and the may win the most important primaries (or come in close second) and yet his delegate count will not be enough to win on the first vote.

From the party that complains about the electoral college. With 71% of the precincts reporting, CBS News:

How does one's numbers drop from the first vote to the second vote:
Dividend announcements: