Twenty-Two Wells Come Off Confidential List; 12 Wells Go To DRL Status; 7 "High IP" Wells; Baytex With 2 Nice Wells; MRO With A Nice Well; And A Partridge In A Pear Tree


We hiked up to the Hollywood sign over the weekend. A very nice little hike; it was much, much easier than I expected. 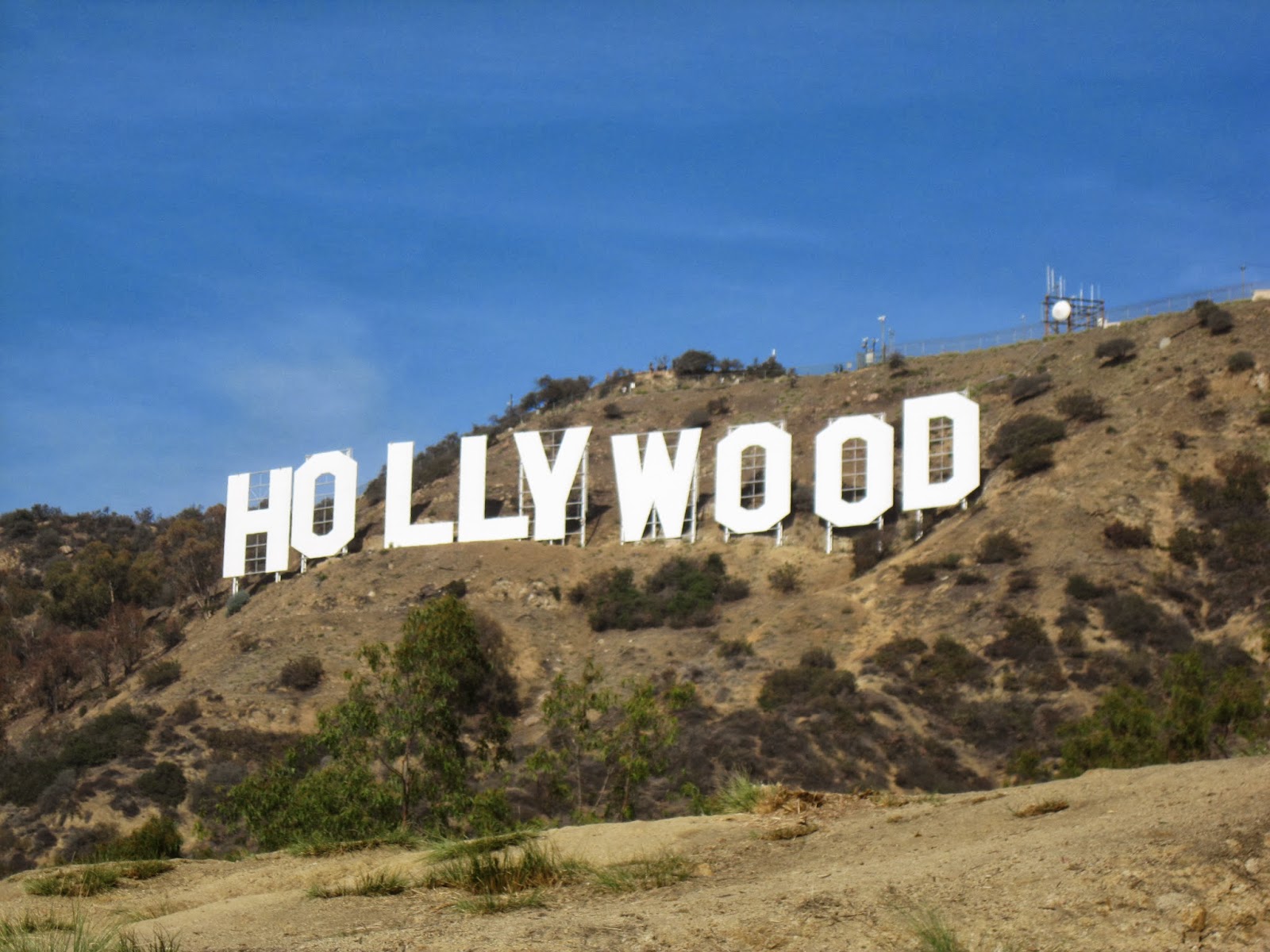 I can't imagine anyone taking anthropogenic global warming seriously after tomorrow. These are the headlines, beginning with Chicago teachers union demanding that Chicago schools be closed due to frigid weather that is life-threatening. There are reports that this will be a historic freeze with windchills forecast to be 70 degrees below zero, colder than Mars. A team researching global warming had to be rescued out of the Antarctic when their ship was stranded/iced-in; and the ice-breakers (ships) from China sent to rescue them were likewise stranded/iced-in. Finally, I guess the US Coast Guard was sent in. I don't know where this stands any more: if they are rescued, who rescued them, but machts nicht. The point is made. (On top of all this, the whole expedition appears to have been something one might have seen on "amateur hour.")

Canada is so cold that residents are experiencing loud booms cause by "frost quakes," someting I had never heard of until tonight. JFK airport was closed after a plane comes off the runway -- black ice?


According to the Great Lakes Environmental Research Lab at Ann Arbor, Mich., Lake Michigan has never completely frozen over, a result of the vast reservoir of heat contained in the lake, along with the constant wind and wave action. In some of our harshest winters, (1903-04, 1976-77 and most recently 1978-79) Lake Michigan was more than 90 percent ice-covered.

In an average winter, ice covers a little less than half the lake. Because the lake extends more than 300 miles from north to south, most of the open water is in the south part where the cold is less severe.

Lake Erie, the shallowest of the Great Lakes, is the only one that freezes over with any regularity in severe winters.

Experts have said the weather will be the coldest experienced in three generations. The (London) Daily Mail has this headline: nights in North Dakota will be nearly -30 degrees Fahrenheit.

The governor of Minnesota directed all his state schools be closed Monday due to frigid weather; the North Dakota governor told local superintendents to make the call: it appears that most schools in North Dakota will be closed tomorrow. This is the first time in history, that I am aware of, that schools have been closed in Williston due to cold. It is forecast to be about 30 degrees below zero tomorrow in Williston. Folks are saying, across the nation, that this is the coldest it has been in 20 years. I assume some of the comments above are incorrect, and I suppose there is some hyperbole, but the gist of the story is accurate. At the other end of the spectrum, MSNBC says this is all hyperbole, that tea party folks are trolling for cold weather/snow weather news. I can't make this stuff up. It appears that the 2010's will be one of the snowiest decades, if not the snowiest decade, on record on the East Coast. In the early part of the decade warmists were concerned that Patrick Kennedy's children or grandchildren or great-children or someone's grandchildren would never see snow again.

If any president had been awarded a Nobel prize for predicting global warming ten years ago, that president would now be the butt of late night television comics. Thank goodness no president made such a prediction. LOL.
Posted by Bruce Oksol at 8:58 PM No comments:

Mike Filloon Has An Excellent Update On The Bakken

I was getting a bit worried about Mr Filloon. I had not seen something from him in quite some time.

This morning Don sent me a wonderful surprise! A link to a great Filloon article over at SeekingAlpha. The frosting on the cake? This is the first installment of a two-part series.

The comments are also interesting to read. I see folks are having the same problem I had trying to find the spot price for Bakken crude oil. A reader provided the best link to date and I've included it at my "Data Links" page. Plains All American appears to be the best non-subscription site. I understand that Platts and Bloomberg both post prices at Clearbrook but for a costly subscription. Some time ago I posted a comment at SeekingAlpha providing a link to a site that provided an answer to someone's question but it was rejected and I got a note from SeekingAlpha that said hyperlinks were not allowed, and if I persisted in posting links (that was the first time I had done that), I would be denied access to the site. Whatever.

As usual, the article by Mike is outstanding.

His second installment will "will cover Bakken operators in a good position going into 2014."

His first installment was very, very long, and he probably did not have time or space to post everything he knows. If he mentioned the huge strides in infrastructure since 2011, he did so in passing. In the big scheme of things, the cost of building and maintaining roads to all the drilling pads must be inconsequential because no one ever talks about them. But if the cost of building/maintaining these roads are not inconsequential look at the savings gained by pad drilling. Instead of one road being built to service one well, one road now goes to a 5-well, 10-well, or even a 14-well pad.

Since 2011, a lot more pipeline has been laid: natural gas pipeline; crude oil pipelines; and, water/waste pipelines. By the middle of 2014 there is going to be another huge pipeline on-line, the one from Killdeer to Dickinson which will pretty much hook into the entire southern half of the Bakken. Trucking costs have had to come down significantly.

A third cost? Leases. A thing of the past, for the most part.

That's on top of drilling costs dropping from $10 million to $8 million, per well.

Mike touched in passing on the glut of oil hitting the Gulf coast, and how other sources of oil could "displace" Bakken oil from east coast refineries. RBN Energy has talked about this at length for quite some time. But the capacity for light, sweet oil on the west coast will increase over the next few years. Having said that, I don't think folks understand to what degree the "flood" of new domestic oil will have on the market.

Mike did not mention the recent derailments and the safety alerts coming from the government. The emotional anxiety this will cause investors will result in share price volatility but it will be temporary. There are four pipelines that are particularly interesting and relevant to this discussion:
When takeaway capacity was first being talked about in the Bakken, the conversations only related to pipeline. Experts suggested that pipeline capacity would exceed Bakken production by this time (or at least that was my recollection). For various reasons, CBR has turned out to be more successful than anyone originally anticipated. But now with additional pipeline in place (locally, regionally, and nationally) recent CBR events might be less concerning than they otherwise might have been.

This Mike Filloon article is an excellent update. It will be linked as a favorite commentary at the sidebar at the right.

Oh, by the way, did you all see this in his opening paragraph: "... the Three Forks' four benches will produce significantly more resource than the middle Bakken." There are two story lines or two data points in that one short phrase.
Posted by Bruce Oksol at 12:13 PM No comments:

I could be wrong, but I think "three-peat" was coined by a native North Dakotan: Phil Jackson, but I could certainly be wrong. (Some may claim Mr Jackson as a native Montanan who moved to North Dakota, and that, too, would be true.)

Be that as it may, a reader just sent me a note regarding same: North Dakota State University football rolled to a national title three-peat. FoxNews is reporting:


The North Dakota State Bison have taken ownership of the first Saturday in January, this year whipping Towson, 35-7, before a rocking 19,802 at Toyota Stadium to complete a perfect season and become the second FCS program to win a third straight national championship.

The top-ranked and top-seeded Bison (15-0) tied the 2005-07 Appalachian State teams with their third consecutive national championship, tied the FCS record with a 24th straight win and became the first unbeaten FCS champion since Marshall finished 15-0 in 1996.

Toyota Stadium is in Frisco, Texas.

And speaking of wins: Washington State won a big one today when a machinists' union voted to accept the Boeing contract which all but guarantees that the company will build the "777X" in Seattle. The Los Angeles Times is reporting:


By the slimmest of margins, aerospace giant Boeing Co.'s largest union approved a controversial contract proposal that cut benefits in exchange for decades of work in Puget Sound on a new jetliner.

The International Assn. of Machinists and Aerospace Workers District 751, which represents more than 31,000 Boeing workers in Washington state, voted 51% Friday in favor of a contract to build the 777X, a more fuel-efficient version of its wide-body jet.

It is the second time in two months that the union voted on a proposal by Boeing, the biggest private employer in the state with about 82,500 employees and a crucial part of the regional economy. Even though the local union leadership flatly turned the proposal down in December, the union's national leadership scheduled the Friday vote.

Some may be asking for a recount, looking for hanging ailerons.
Posted by Bruce Oksol at 12:02 AM No comments: