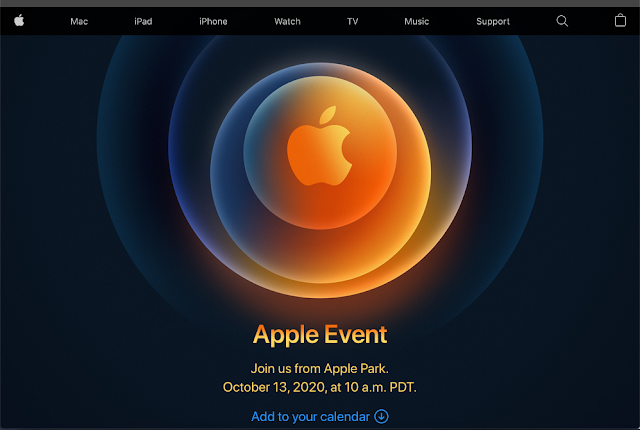 I think I've posted a number of things that I've learned or experienced that has made life worth living: because of those I can now die happy.

Tonight was another one of those experiences. Wow, talk about a "dead" night -- no sports, TCM is awful. home alone, not interested in blogging, and then out of nowhere, Alexa asks me if we can get "personal" or something to that effect.

Alexa says she wants to be able to address me by my name but she has to "bank" four phrases in the cloud that will identify me as "Bruce" regardless of where I am when I ask Alexa to do something for me.

She asks me if I'm game. Sure.

She says she needs me to repeat four phrases that she will store in the "cloud" that will identify me.

Her first question: she will go through a list of possible identities and I'm to answer "yes" if she mentions my name.

The first name she mentions: "Bruce."

Four phrases later, Alexa and I are on a first-name basis.

I can hardly wait to see where this goes or how this relationship develops. I will never feel alone again.

Whenever I say "Alexa" now, she will reply, "Yes, Bruce, how may I help you."

I was once told, by a highly respected psychologist, that it takes eight years to forget the "love of one's life" after the separation.

It takes much longer than that.

If you want to hear some really good music of that ilk, ask Alexa to play John Prine.

WTI: well, so much for that short rally; WTI drops back 2% after "larger than expected build" reported. Wow, what a joke: 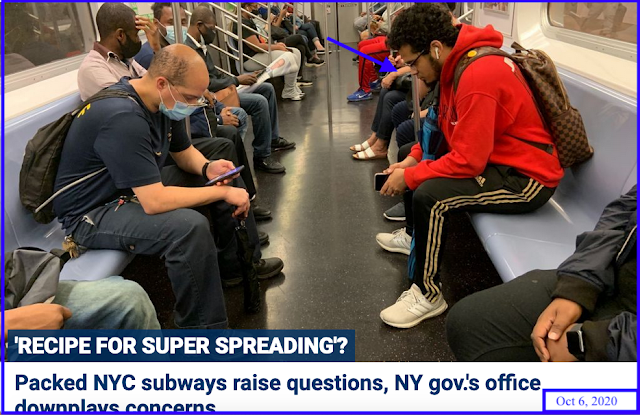 By the way, I did the same calculations for California a couple of days ago and got almost the same exact number: 40 months to get to 10% of the population to be infected at current rate. Law of big numbers.

Delivery times have lengthened significantly -- sort of. I am amazed how Amazon is managing delivery challenges. First, on-line ordering has surged during the pandemic. Second, every company -- Amazon is not immune -- production / service is impacted by workers not being able to work due to coming down with Chinese flu. First thing Amazon did: it let its customers know that they would be prioritizing critical deliveries (like baby formula) and purposely delaying less critical items (like books). Second, they are telling their customers at the time of ordering, that delivery times are significantly delayed.

But then, get this, their deliveries in some (most?) markets are arriving almost as quickly as they were pre-pandemic. Color me impressed. Still the worse, based on anecdotal information: FedEx.

Stand-alone post? This almost deserves a stand-along post, and maybe that will happen. But for now, link at SeekingAlpha: Marathon Oil re-instates its dividend. Amazing. See "random comment" below.

Two weeks ago, Sophia did not know where "middle C" was. Yesterday, she was playing Beethoven's Fifth! LOL.

She's also learning Spanish off an Apple Store app. I can't say enough about these apps. She has so many apps on her school-issued iPad she has been told, by her teacher, "no more apps." Her friend Robert keeps adding apps to her iPad, telling her these apps are "essential." These are first graders. LOL.

There was something else I was going to add, but forgot what it was. If I remember, I will add it later.

Oh, now I remember. I pick up my phone to look for something, and then I notice that Sophia has added a bunch of "snapshat" photos. Are you kidding me? When did she do that?

I haven't been to my barber since February/March, 2020. The lock down in north Texas began sometime in March, 2020, if I recall correctly. I probably got my last haircut in February, although it could have been in March.

Whenever it was, it's been at least six months. Sophia is now giving me my haircuts. She is the only one that has cut my hair. She used to charge $20 -- which she never saw -- LOL -- but when she lowered her price to $1 she found that she was actually getting those one-dollar bills. She says her piggy bank has become overstuffed. LOL.

Price points are important. At $20/haircut she didn't see anything, just "IOUs." At $1 she's getting paid every time, and now her piggy bank is full.

How are the haircuts turning out? Photo from yesterday: 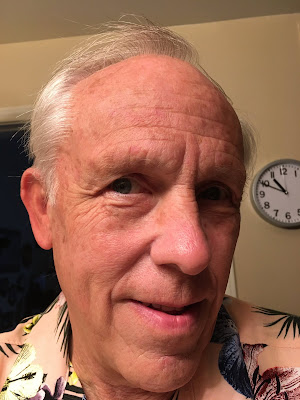 This phenomenon was brought to my attention by a reader about a year ago, maybe two years ago. Time flies when having fun.

Look at the rate of produced water in this well (see this post):

BR pumped 169,000 bbls of water down this well for fracking. Look how slowly BR allowed "produced water" to return to the surface. This is simply incredible. After the frack:

Compared to what I'm seeing by most operators, this is absolutely incredible.

An unintended (positive) consequence: a lot less "craziness" with regard to taking all that produced water away in the first six months; BR "flattens that curve" over two years. 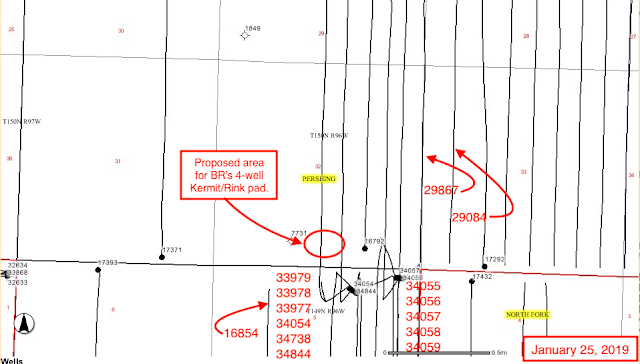 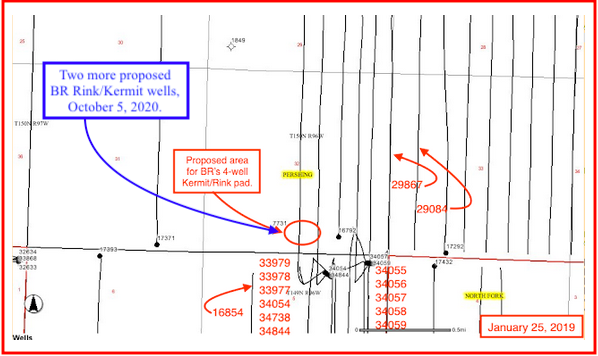 First things first: watching highlights of the BLM -- wow, there's more contact in professional basketball than we see in the NFL and almost as much as we see in the NHL. Wow. One wonders, if in addition to all the other reasons BLM viewership is dropping, soccer moms just don't like all that physicality in basketball. And, of course, "traveling" is no longer even a thing in the BLM.

Wow, how many times have I said the Covid-19 pandemic is widening the gap between the haves and the have-nots. Now, today, it's a headline story over at The WSJ.  The K-shaped recovery was reported weeks ago:

A two-track recovery is emerging from the country’s pandemic-driven economic contraction. Some workers, companies and regions show signs of coming out fine or even stronger. The rest are mired in a deep decline with an uncertain path ahead.

Just months ago, economists were predicting a V-shaped recovery—a rapid rebound from a steep fall—or a U-shaped path—a prolonged downturn before healing began.

What has developed is more like a K. On the upper arm of the K are well-educated and well-off people, businesses tied to the digital economy or supplying domestic necessities, and regions such as tech-forward Western cities. By and large, they are prospering.

Big food companies are working to increase their output and protect workers as the virus continues to spread, representing an opportunity for elevated sales to persist but also a risk to operations if the public-health crisis hurts their own productivity.

Campbell’s Chief Executive Mark Clouse said surging demand for products including Pepperidge Farm Goldfish crackers prompted the company to expand production and hire even more workers than it might need at one time, in an effort to compensate for employees who need to rest given heavy workloads or are out sick or quarantining.

This one hurts: Southwest Airlines asks employees to accept pay cuts to avoid furloughs. By the way, there may be a silver lining in the pandemic with regard to air travelers and airlines.

First things first! How 'bout them Yankees. Color me impressed. After dissing the Yankees just a month or so ago, I'm eating crow. Not only did they win the 3-game play-in series, they smashed the Tampa Bay Rays, 9 - 3, including a grand slam. This is so incredible. Love it.

The missile: yesterday, a reader mentioned the fracking "missile." From a very, very old article in the Greeley Tribune, all the way back to October 14, 2016, but look at this, updated on May 13, 2020. 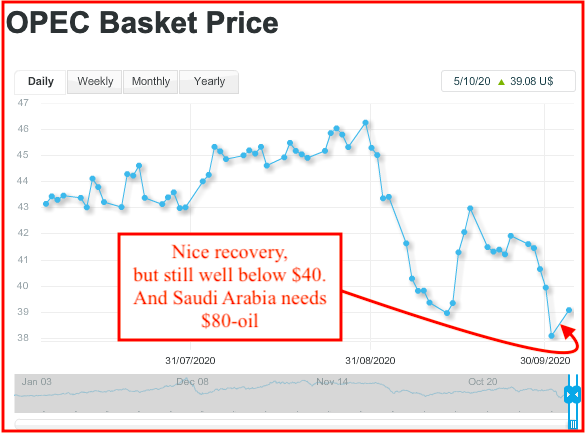 RBN Energy: 4 Bcf/d Permian gas capacity headed to the beach -- what happens to flow and basins? First in a series. Archived.

Expectations for Permian natural gas are far from what they were when this year started. Lower crude oil prices and a focus on capital discipline have slashed rig counts by about two-thirds since January and there are few signs of a recovery on the horizon. As a result, just about everyone’s forecast for Permian gas growth is much lower than just a few months ago, with tepid gains through the early 2020s now the industry’s consensus view.

However, if you think all this means that Permian gas markets have lost their relevance, think again. Despite the modest production growth anticipated, the basin’s gas flow patterns will soon be thrown into shock as 4 Bcf/d of new outflow capacity to Gulf Coast markets starts up next year, when the Permian Highway and Whistler pipelines begin operation. And that shock will reverberate through regional basis relationships, including at the Waha Hub, which we expect to end 2021 much stronger than it is currently.

First in a series.

Are Permian gas markets like Tom Brady, still interesting but on the verge of becoming less relevant? Certainly, the volatility of Waha is set to dissipate over the next few years, as less drilling and more pipelines finally rebalance the gas market out in West Texas. That means that periods of negative pricing, which hit again last Friday, are soon to be a thing of the past. But we doubt folks will lose their focus on the Permian anytime soon; after all, it’s still the most actively drilled region in the U.S. by far, and one of the most likely basins to see increased activity should oil and gas prices break out of their current doldrums.

So, how does lithium mining look? 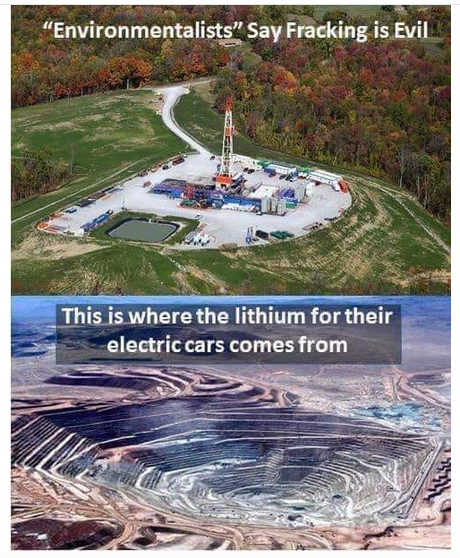 Posted by Bruce Oksol at 5:43 AM No comments: