Weather Channel says the weather did not turn out as badly as predicted for the southeast. But that doesn't mean that it's not gong to be really, really cold tomorrow. Also not nearly as much snow as they predicted for Maryland or Boston. But their marketing was great. They had me watching.

Posted by Bruce Oksol at 4:07 PM No comments:

Those reports that Apple had died were premature. Apple's EPS hit an all-time high despite iPhone revenue coming in lower. I would love to see the graphic with three EPS lines on it: hardware, services, EcoSystem.

How big is Apple? It's above the banner at the Drudge Report. Yup, that big.

Apple's EPS hit an all-time high. Everything else is background noise. Despite buybacks, wasted R&D, currency losses, plunging Chinese market, Apple still has $245 billion in cash and about $115 billion in debt.

Dividend: for the past few years, Apple has raised its annual dividend in February. The last dividend increase was a full dime, from 63 cents to 73 cents (quarterly). If I have one complaint with regard to Apple from an investor's point of view: the company has been a bit too "tight." I think the company has always been that way but now the company would be hugely influenced by Warren Buffett who absolutely does not like dividends, unless he's the one on the receiving end.


Look at the CFO's remarks:
Tim Cook, earnings call, oldest to newest:
The link to the earnings release.

Live, from a blog, oldest to newest:


Tim Cook, the company's CEO, already warned investors and analysts earlier this month of disappointing results, saying that its revenue will likely be around $84 billion for the holiday period. Previously, the company had expected to post sales of between $89 billion and $93 billion.

Analysts and investors will be keen to hear at least one new detail that Apple will start releasing with this earnings report: the profitability of its services business, which Apple wants to grow into a $50 billion business by 2020.


Here's what analysts are now expecting the company to report on its top and bottom lines, and how those forecasts compare with its year-earlier results:


Disclaimer: this is not an investment site. Do not make any investment, financial, job, travel, or relationship decisions based on what you read here or what you think you may have read here.

Disclaimer: I am Apple Fanboy #3.

Note: my investment horizon is 75 years.

My assumption is that Kraken, Kraken Operating, and Kraken Development III are all related.

Bakken operators are tracked here.
Posted by Bruce Oksol at 3:15 PM No comments:

I was talking with our oldest granddaughter the other night: I am absolutely convinced musicians are doing better these days than ever if measured by a) financial success; and/or, b) fame.


Apparently the last chapter of the original book was removed entirely. From a reader at Amazon.com:


A quick note for anyone deciding which edition to buy: The "25th Anniversary Edition" removes the book's final chapter completely, which feels utterly disingenuous and revisionist to me. While Rhodes' "Dark Sun" covers the same ground as the omitted epilogue, this edition ends so abruptly I'm amazed there wasn't an advertisement for the other books in his "nuclear anthology" on the final page. The Kindle version is somewhat flawed; there are quite a few typos and dropped punctuation, and it's not always obvious when direct quotations begin and end. I'd recommend buying one of the older physical editions if you want to read this book as it was meant to be read.

Having just visited Los Alamos, I am in my Robert Oppenheimer phase. LOL.

The Landmark Herodotus: The Histories, edited by Robert B. Strassler; a new translation by Andrea L. Purvis, introduction by Rosalind Thomas.
Yes, I will end up with the five (so far) "Landmark" volumes on my shelf. Hardback copies are out of my reach, but the softcover are doable. The hard cover Julius Caesar, for example, is more than $130. Plus shipping. And they are used copies but apparently in excellent condition.

**********
Camille
Provocations, Camille Paglia, c. 2018. Her introduction has a list of those for whom the book is not written, including:


This book is not for those who see women as victims and men as the enemy or who think that women are incapable of asserting their rights and human dignity everywhere, including the workplace, without the intervention and protection of authority figures deputized by the power of the state.

I wonder how this issue will play out in the Mideast. But I digress.
Wow, wow, wow!

For those who have always been intrigued by Ms Paglia this is a must-read, if not a must-have-on-my shelf. Wow.

I've only been able to page through it, but it looks awesome. It appears she and her editor have "simply" selected seventy-four (74) of her best essays. She is probably as good as anyone when it comes to film and culture. I think she gives Hunter S Thompson a run for his money.

There are eight sections. Each section has about a dozen essays, each essay two to eight pages long, with the average, it seems, about four pages.

An example of an essay from each section: 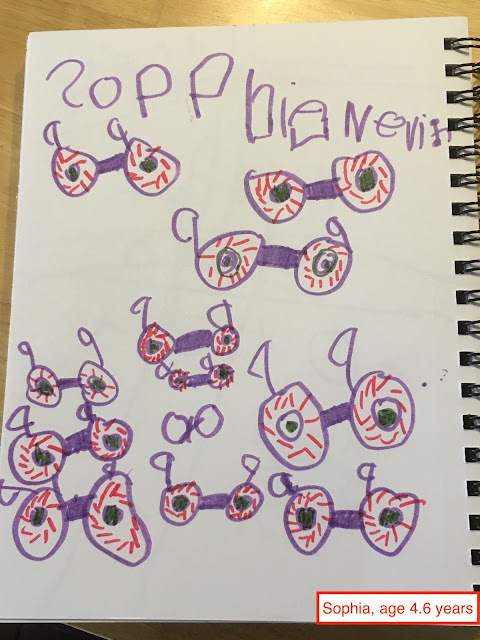 It looks like the NDIC won't be reporting this morning. As of 9:06 a.m. the production data for wells coming off confidential list today have not been posted. No big loss. It appears two of the three wells will be DUCs. The third well, an Enerplus Steel is a huge well: 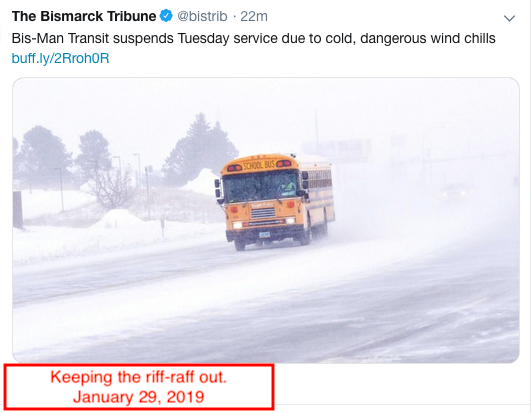 
Political leaders in a college town in central Texas won wide praise from former Vice President Al Gore and the larger Green Movement when they decided to go “100 percent renewable” seven years ago. Now, however, they are on the defensive over electricity costs that have their residents paying more than $1,000 per household in higher electricity charges over the last four years.

That’s right - $1,219 per household in higher electricity costs for the 71,000 residents of Georgetown, Texas, all thanks to the decision of its Republican mayor, Dale Ross, to launch a bold plan to shift the city’s municipal utility to 100 percent renewable power in 2012.

Look at these numbers:


But while Ross was being lauded far and wide, the residents of his town were paying a steep price.

Georgetown’s electric costs were $3.5 million over budget in 2015, ballooning to $6.3 million in 2016, the same year the mayor locked his municipal utility into 20- and 25-year wind and solar energy contracts to make good on his 100 percent renewable pledge.

By 2017, the mayor’s green gamble was undercut by the cheap natural gas prices brought about by the revolution in high-tech fracking. Power that year cost the city’s budget $9.5 million more than expected, rising to $10.5 million last year, according to budget documents reported by The Williamson County Sun. [$10 million / 71,000 = $140 for the year or 40 cents/day. Again, maybe I'm missing something. This is less than a senior pays for coffee at McDonald's.]

Okay, so let's fact check. From Georgetown, TX: from their own website, the residents pay 11.10 cents/kWh, an incredible, whopping 1% more than the average rate paid by the rest of Texas, 10.98 cents/kWh.

This is exactly how FoxNews loses credibility. Or again, maybe I'm missing something. I quit watching Fox News a long time ago, but I do check in on their website daily. 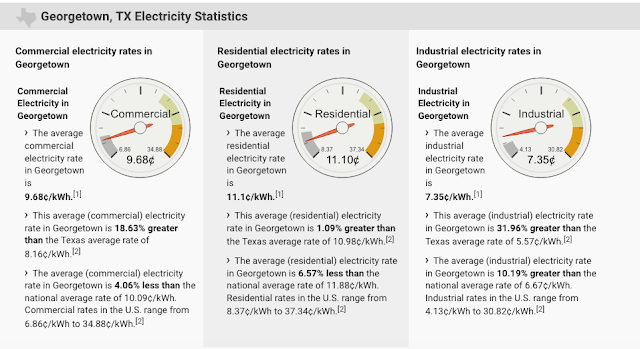 I have no complaints, but the EIA must have a huge "twitter" budget. The agency is a prolific tweeter, posting multiple tweets throughout the day. For every Trump tweet, there must be a dozen or more EIA tweets. 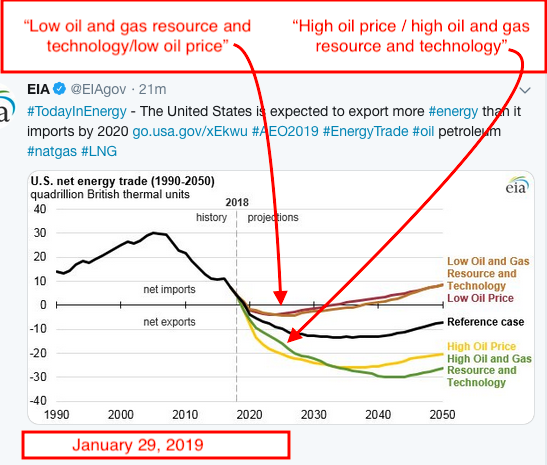 The "lizard pad" (see graphic below):

The Kennedy-Miles wells have been updated.

Huge jumps in production for some wells. One example previously reported.

Now, another example, of one of the original Kennedy-Miles wars: a well that went from 700 bbls/month to over 8,500 bbls/month.

A Healthy Sign For The Bakken -- Number Of Active Rigs Holding Steady; Slightly Up -- January 29, 2019

A tree falls in the forest ... US puts a "de facto" oil ban on Venezuela ... as far as I can tell, no one noticed. Price of oil pretty much unchanged.

Enerplus: this Canadian company will focus on North Dakota this year. From The Calgary Herald, Enerplus to spend $600 million on growing North Dakota oil production. Data points:
Wells coming off the confidential list today: Tuesday, January 29, 2019: 94 wells for the month; 94 wells for the quarter
Active rigs:


There’s a case to be made that midstream-sector stocks are being undervalued, in part because of the market’s stubborn adherence to an old — and now outdated — dictum that links midstream prospects to the price of crude oil. That maxim, based largely on the belief that lower prices result in declining production and pipeline volumes, has been undone by the Shale Revolution’s proven promise that, thanks to remarkable efficiency gains, production of crude, natural gas and NGLs can increase even during periods of not-so-stellar prices. Despite this new Shale Era rule, the outlook for individual midstream players can vary widely, depending on a number of factors, including their assets’ locations, their exposure to shipper-contract roll-offs and their strategies for growth. Today, we discuss key themes and findings from East Daley Capital’s newly updated “Dirty Little Secrets” report assessing the owners of U.S. pipelines, processing and storage facilities, export terminals and other midstream assets.

A newly issued, 217-page 2019 report examines 27 midstream companies in depth, and drives home the point that (1) production of crude oil, gas and NGLs continues to increase, even when prices sag, and (2)  midstream-sector EBITDA (earnings before interest, taxes, depreciation and amortization) has been growing with production, but that these positive trends are not reflected in midstream-company valuations. As evidence,

This disconnect between rising production in the U.S. and highly variable midstream valuations has left many investors scratching their heads, and led some to avoid midstream equities altogether. East Daley’s analysis suggests that low valuations and investor wariness are tied in part to the difficulty of quantifying the risks posed by specific midstream assets. To tackle this problem, they developed a “Treadmill Incline Intensity” (TII) index for assessing each company’s exposure to revenue declines from legacy pipelines, storage and other midstream assets through 2022 — this exposure might be tied to contract roll-offs, marketing risks, tariff rate cases and/or production declines in less-productive basins. Like the treadmill at your gym, the steeper the incline, the tougher the challenge. And some midstream companies are in for a real workout, with expected EBITDA declines from legacy assets in the 2018-22 period equal to more than 10% or even 15% of their total 2018 EBITDA. (Others are sitting pretty from a TII perspective, with little or no exposure to legacy cash-flow risk.)

SOTU address: Fancy Nancy says it's okay for President Trump to give his SOTU address in her house on February 5, 2019, a week later than originally scheduled. Today? Day 4 of the 21-day truce while negotiations on border security continue. 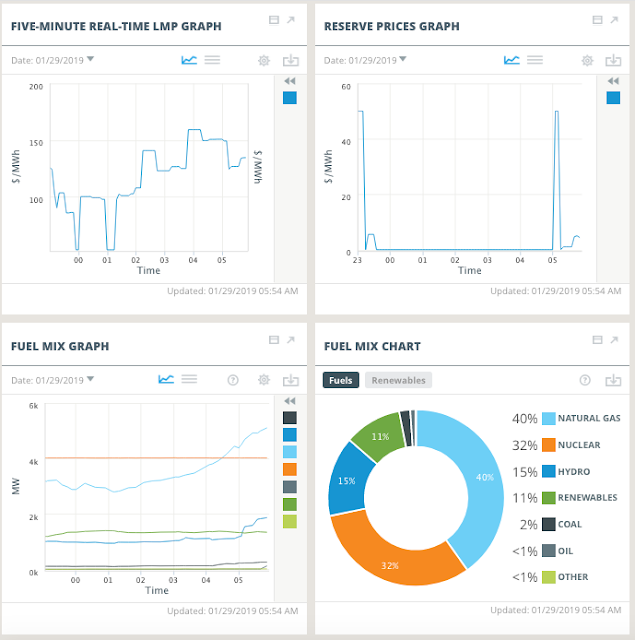 Posted by Bruce Oksol at 5:59 AM No comments: