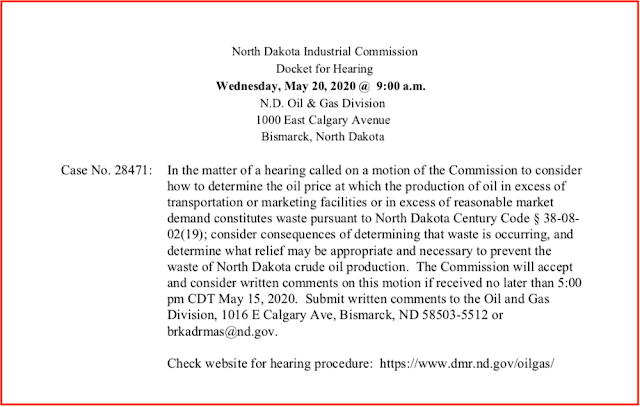 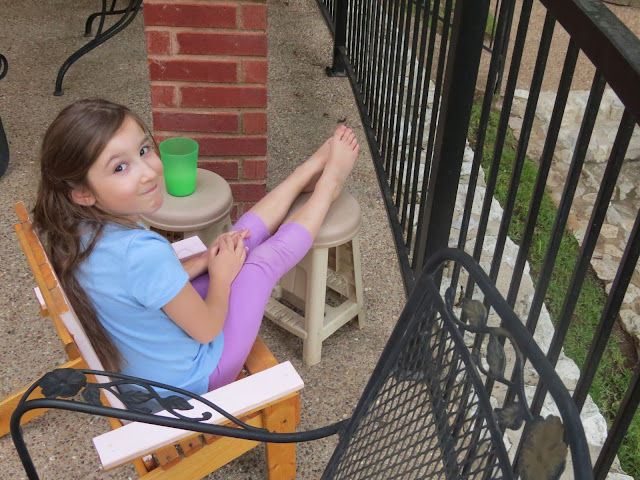 From What's Up With That today:

Instead, oversupply is such that the benchmark for US oil fell below zero for the first time ever a couple of days ago. That is, the share market suggested oil couldn’t even be given away because it was in such oversupply.

There is no shortage of oil despite more than 7.6 billion people on planet Earth, and so many vehicles powered by it.

Prices have collapsed, because despite all the pumping from ‘Mother Earth’ since I was a child, there is still more. Because of the pandemic, global demand, not supply, has fallen dramatically. In fact, the worldwide supply glut has created a worldwide shortage of storage space for oil.

And the writer throws cold water on Michael Moore's new movie. Wow, I'm glad I didn't watch more than the first five minutes. Calling it tedious is being kind.

In 2017 and 2018, the US set new all-time records for proved reserves of crude oil, liquid condensate and natural gas.

Trump was elected president in 2016 and he assumed the presidency in early 2017, remaining in office through 2018, and will probably be in office to the end of 2019 when another record will be set.

Of course, prior to his presidency we had this doofus (if you ever want to find this clip quickly, search "doofus"):

By the way, with oil now priced below $20/bbl, I assume global reserves will plummet. Just like that.
Posted by Bruce Oksol at 5:38 PM No comments:

This well was drilled back in 2015. Bottom hole was reached December 22, 2015. The company requested to temporarily abandon the well pending improved economics, sundry form dated September 7, 2017.

In a sundry form dated September 13, 2018, the company requested an extension of the temporary abandonment status for another year.

On another note, how precise are these drillers? I find this amazing. From a Statoil letter, dated November 5, 2014:

With this proposed well and all future 1280-acre stand-up and laydown units, Statoil will put key emphasis on properly constructing the Bottom Hole Assembly with the correct non-magnetic collar spacing to adjust to the south-north orientation of the proposed wellpath.

Email ThisBlogThis!Share to TwitterShare to FacebookShare to Pinterest
Labels: Meltdown_2020_TA

From SeekingAlpha contributor: CLR to halt Bakken production -- link here, but no additional story other than what's posted below --


On Monday, front-month WTI at Cushing cratered to a negative $37.63/bbl. On Tuesday, the same futures price rose by nearly $48 to close at about $10/bbl — a positive $10, that is. As for WTI to be delivered in June, it lost well over a third of its value on Tuesday, ending up at less than $12/bbl, but over the past two days it has roared back to over $16/bbl. No doubt the WTI futures market will see more wild times in the days and weeks ahead as traders look to avoid the traps that ensnared the market as the May contract approached expiry. If there’s a lesson to be learned from the past week, it’s that it really helps to understand the ins and outs of the futures market — especially when it is so volatile. Perhaps the most important thing to wrap your head around is that while the futures market mostly involves financial players who will never take physical delivery of oil, the two markets — financial and physical — are fundamentally linked. Prompt-month futures converge on spot prices over time, while physical contracts are settled in part based on NYMEX futures, so producers will feel the sting of Monday’s negative prices when physical April deliveries are invoiced. Today, we begin a two-part blog series examining U.S. spot crude pricing mechanisms.

The Chicago Mercantile Exchange (CME) NYMEX (formerly New York Mercantile Exchange, or “Merc”) WTI is the most liquid (widely and actively traded) commodity futures contract in the world. So far this year, the market has traded more than 1.5 billion barrels per day of crude across all delivery months for the contract and on Tuesday that volume spiked to over 4 billion barrels. The NYMEX WTI crude price is so ubiquitous that it also underpins the domestic U.S. crude spot market. At the same time, futures traders must be mindful of what happens in the spot market. In a strange symbiotic relationship, not only do cash crude prices heavily influence futures prices, but the cash price for most U.S. crude is indexed to the futures price. Sort of a “do-loop”, for you programmers. Differences between futures and physical trading, as well as the delivery mechanism that links the two markets, make pricing physical WTI complicated.

Disclaimer: in a long note like this, there will be content and typographical errors. In addition, there will be a few items that I will regret having posted some years from now.

I used to answer all of my e-mail from readers regarding the blog, but the amount of e-mail regarding same has become so overwhelming I can no longer do that. I've asked Sophia to help me but she says she has other things to do. I will do my best to answer as much e-mail as possible. Regardless, I do read it all. And I definitely appreciate the links.

Some of my favortie blogs when I can't sleep, all linked at the sidebar at the right:
From those blogs, posts that caught my attention:
Other links folks have sent me:
Wuhan flu:
The southern border wall:
Of all the topics I follow outside the Bakken, perhaps the topic I feel is most important: the solar cycles; easy to lose track of this;

Gamboge: I never did get back to this "word of the day." You are on your own. Wiki. Cambodia and gamboge both come from same root word; gamboge "originated" from Cambodia.


The California paradox, for example, continues as the state of 40 million currently has suffered fewer than 900 deaths, or about 23 per million population. Except for Texas, no large state has gotten off so far so lightly. Indeed, in terms of deaths per million,

California has been more fortunate than large countries in Europe, including Germany, that are currently seen as a model of containment and thus gearing up to return to graduated normalcy.

Lots of researchers are curious why a state once modeled in end-of-days-fashion, and deemed so vulnerable given its exposure to Chinese visitation, its staggering number of residents living below the poverty level and dependent on state assistance, and its less than impressive per capita number of hospital beds, nurses, and doctors is not yet in extremis.

I used to go out shopping every day -- many days I would simply go to Barnes and Noble and browse, not buy anything. But with the lock down, I'm not shopping much at local brick and mortar stores, but instead ... Amazon ...

It's quite remarkable how many packages I get from Amazon each week. I used to "consolidate" orders but no more. If I need something, I order it regardless of the price (not entirely true: I do have a personal minimum $7.98 when ordering). Yesterday, I ordered a table of writing paper for Sophia, $5.99 but added something else (I forget what) for another $5 of $6.

I used to keep track of Amazon packages, to make sure I never missed any. No longer. In the past decade or so of ordering from Amazon, I have never missed a package (knock on wood). I no longer follow orders. If they come, they come. If not, I assume I will never know. But that's how dependable Amazon has become. I have done a few things to ensure that my packages actually arrive, and Amazon has definitely improved their game.

Porsche launches CarPlay radios for classic Porsches. Is this not cool, or what?
If only I had a bigger house. LOL.

It was an incredibly nice day yesterday. Sophia and I rode our bikes in the park for about 90 minutes. More of the same forecast today.

Wow, it's hard to believe but it's already Friday and another "lock-down" week has passed.

I've now had crawfish almost every other day this week (Sunday, Tuesday, and Thursday).  I'm not sure if I will continue the routine through the end of the season, but I very well may. With no traffic on the road, the trip is easy. And by not eating in the restaurant, I'm saving as much as $6/meal on a beverage, but more importantly, I am ordering for only one person. Normally, two of us would go to the restaurant and the tab would be more than double what I'm paying for a single take-out meal.

I remember living in England for extended periods of time back in 2002 - 2004, or thereabouts. The English are really, really big on take-out -- especially Indian food. There are a lot of reasons for that. I don't think that will become the norm here in the US but certainly the lock down will change some dining-out routines here in the US, at least for the short term once we get back to "normal."
Posted by Bruce Oksol at 4:11 AM No comments:

MRO reports another great well:
In the past few days, MRO has reported:
An interesting comment from Bloomberg or Rigzone yesterday, I forget which:
Generally speaking, when "folks" speak about the US shale oil patch, they are talking about the Permian. For newbies and those who may have forgotten, see the EIA dashboards:
Back to that MRO well noted above. Three wells on that pad:
Older, producing neighboring wells to watch:
Production:

Posted by Bruce Oksol at 3:34 AM No comments: