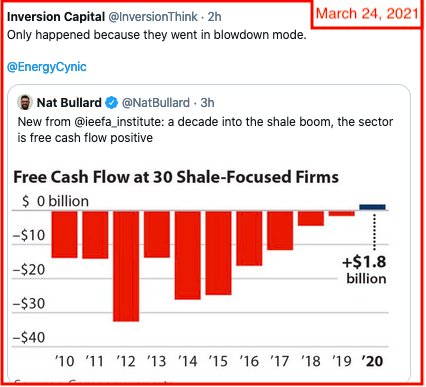 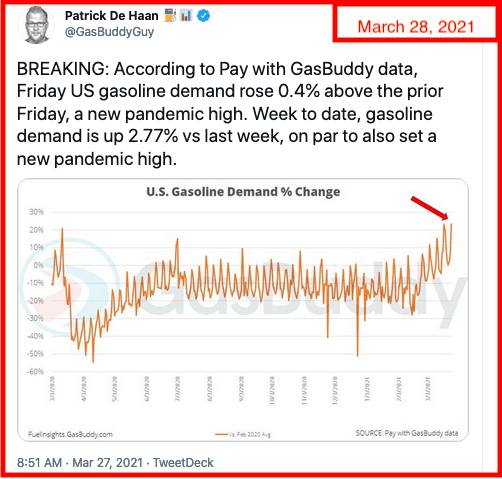 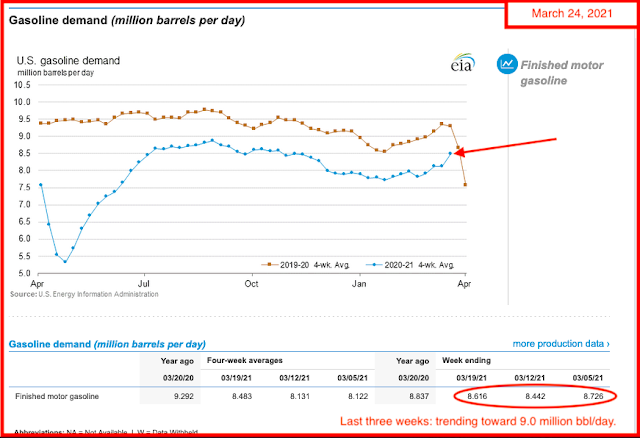 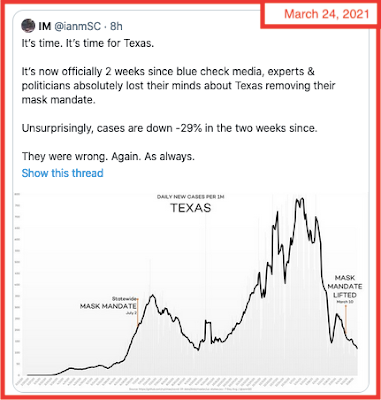 No comment, no arrow, even a caveman should be able to "read" this graph.

I think one can make a case that the pandemic in the US was receding well before the vaccine rollout ever began. Maybe not, I don't know. On the other hand, the vaccine rollout in the EU is not going well and the EU is back into lockdowns due to things getting worse. Anyway, that seems to be what the headlines are saying; I'm not following the story very closely any more.

Operators must be using this "quiet" time to clean up their paperwork:

Posted by Bruce Oksol at 8:43 PM No comments:

Most interesting data point for the archives, link here:

Suez canal: blocked by a huge container ship. It is being reported that efforts to "unstick" the container ship have been suspended for the day (Thursday). In the mideast, "today" (as in "inshallah"), can mean anything from six hours to six months. Again, for the archives. It's interesting but that's about all. By the way, do you all remember when The NYT suggested it would be the Panama Canal that would have problems. There is even a Panama Canal link for the blog.

Gas prices headed higher: leap in gas prices put $3 / gallon in sight. WSJ. That article was published by The WSJ before the 5.3% surge in the price of oil today.