As with so many Bakken wells, note the chronological number of this well.

Link here.
Posted by Bruce Oksol at 11:19 PM No comments:

The Enerplus "Cat" wells have been updated; are tracked here. Huge wells.
Posted by Bruce Oksol at 11:13 PM No comments:

Somehow I missed this one. Another great Petro-Hunt well in the Charlson oil field.

Later: a reader noted that the AP story did not include a map of the proposed route for the Keystone XL. The reader provided a map of that portion of Montana through with the pipeline will run, along with markers for pumping stations and other essential landmarks. I have not fact-checked the accuracy of this map. 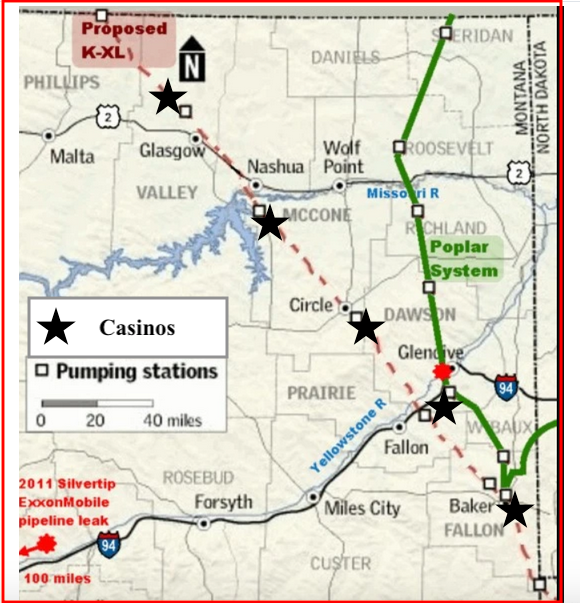 Posted by Bruce Oksol at 7:07 PM No comments:

Elevator speech for each mass extinction. Ranked in order of severity; in parentheses, chronological order):


Overall, 19% of all families and 50% of all genera became extinct. A second, distinct mass extinction, the Hangenberg event, closed the Devonian period.

By the Late Devonian, the land had been colonized by plants and insects. In the oceans were massive reefs built by corals and stromatoporoids.


Generally attributed to two factors: the first wave of extinction may be related to rapid cooling at the end of the Ordovician Period, and the second phase is widely regarded as having been caused by the sea-level fall associated with the glaciation.

All of the major animal groups of the Ordovician oceans survived, includign trilobites, brachiopods, corals, crinoids and graptolites, but each lost important members. Widespread families of trilobites disappeared and graptolites came close to total extinction.


This was a biggie; it resulted in the demise of some 76 percent of all marine and terrestrial species and about 20 percent of all taxonomic families.

On land, all archosaurs other than crocodylomorphs and Avemetatarsalia (pterosaurs and dinosaurs), some remaining therapsids, and many of the large amphibians became extinct.

Statistical analysis of marine losses at this time suggests that the decrease in diversity was caused more by a decrease in speciation than by an increase in extinctions.[5]


Perhaps the most famous, for many reasons; K–T extinction, abbreviation of Cretaceous–Tertiary extinction, also called K–Pg extinction or Cretaceous–Paleogene extinction, a global extinction event responsible for eliminating approximately 80 percent of all species of animals at or very close to the boundary between the Cretaceous and Paleogene periods, about 66 million years ago.

Most amazing:With the exception of some ectothermic species such as the leatherback sea turtle and crocodiles, no tetrapods weighing more than 25 kilograms (55 pounds) survived. It marked the end of the Cretaceous period, and with it the end of the entire Mesozoic Era, opening the Cenozoic Era that continues today.

The mother of all mass extinctions, number 1, end-Permian, 3, smack-dab in the middle of the five):


It was so bad, it was the only mass extinction of insects. It is the Earth's most severe known extinction event, with up to 96% of all marine species and 70% of terrestrial vertebrate species becoming extinct. Some 57% of all biological families and 83% of all genera became extinct. 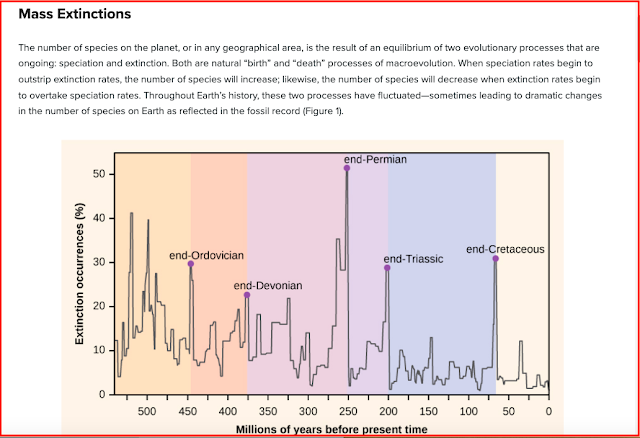 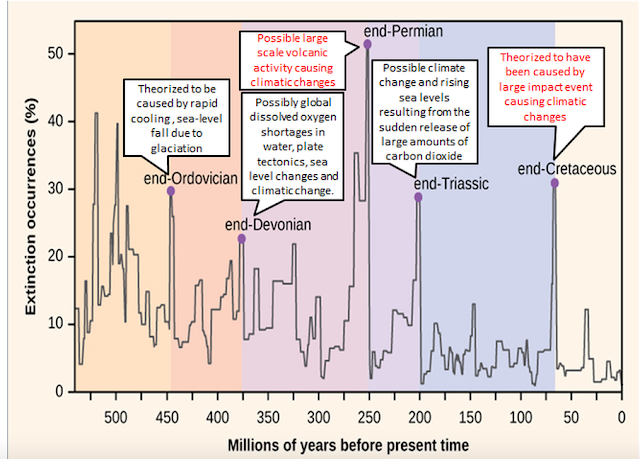 Note: in a long note like this there will be content and typographical errors. If this is important to you, go to the source. 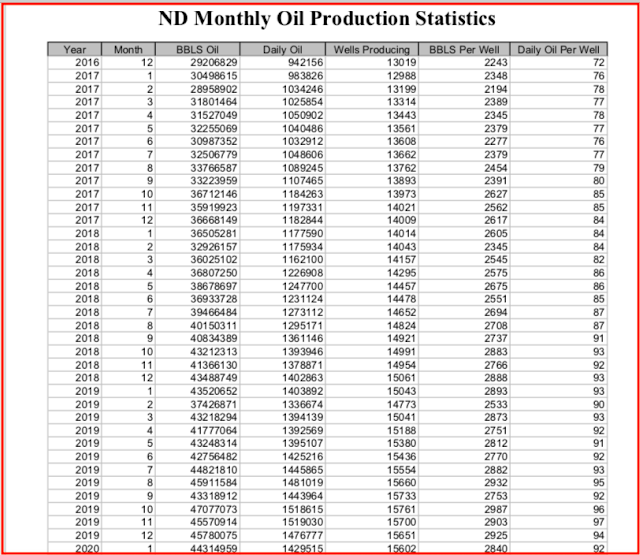 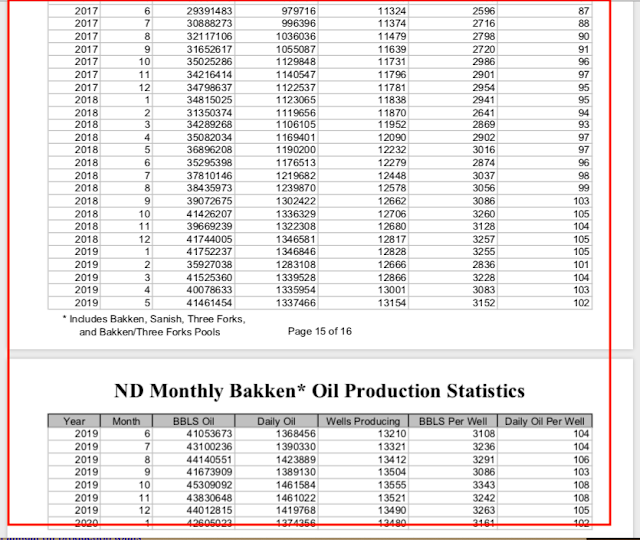 Twitter analysts: it's hard for me to believe that the professional "oil analysts" over at twitter have not seen what's going on. See below.

Saudi surge. Almost all this "new" oil, I assume, simply came out of storage. Saudi had to remove oil from their onshore storage tanks to off-shore VLCC. They simply had to do something with the excess amount of oil coming on the market even without new production. 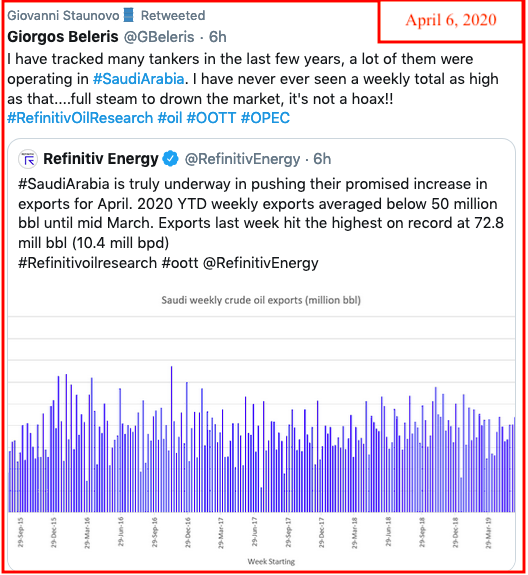 This is why there is a glut of oil; it has little to do with the Saudi surge. 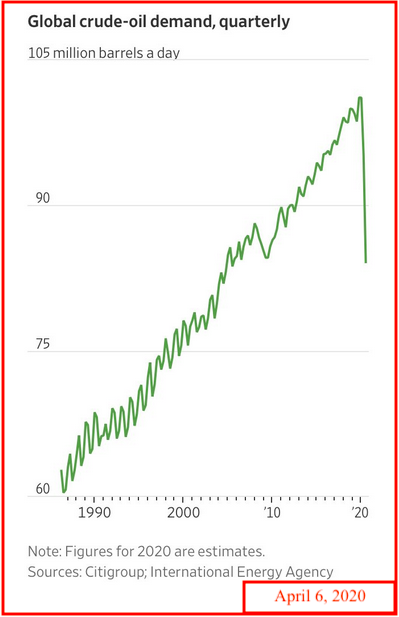 Americans are lovin' it. If Saudi Arabia wants to give away their lifeblood, Americans will gladly take it. 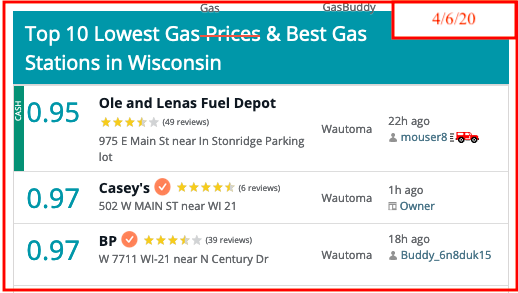 One of the highlights of my long life was seeing Liberace play Tchaikovsky's piano concerto #1 in B-flat minor in Las Vegas, probably about 1978. From wiki:


At the height of his fame, from the 1950s to the 1970s, Liberace was the highest-paid entertainer in the world, with established concert residencies in Las Vegas, and an international touring schedule.

Liberace embraced a lifestyle of flamboyant excess both on and off stage, acquiring the nickname "Mr. Showmanship."

First things first: that NASCAR race last night might have been fake, but the consequences were real. Wow. Amazing. Who would have thought. Stories/links everywhere. Here's one. We'll come back to this later.

Focus on Fracking: blog by "rjs." Correct me if I'm wrong but this seems to be one of the longest blogs ever at "Focus on Fracking." Link here. A lot of good stuff there. Recommend scrolling through very quickly to see the "headline" stories and then going back to those that interest. Two very nice graphics on break-even prices in the various US shale plays. I will come back to "Focus on Fracking" later.

Why Californians are getting reamed at the pump: I'm not sure there is anything new here, but it's nice someone posted this -- "Watts Up With That." Link here.

The next grand minimum: I missed this until last night. Wow. I hope the site doesn't come down. I learned more about solar cycles at that blog than anywhere else. Link here. 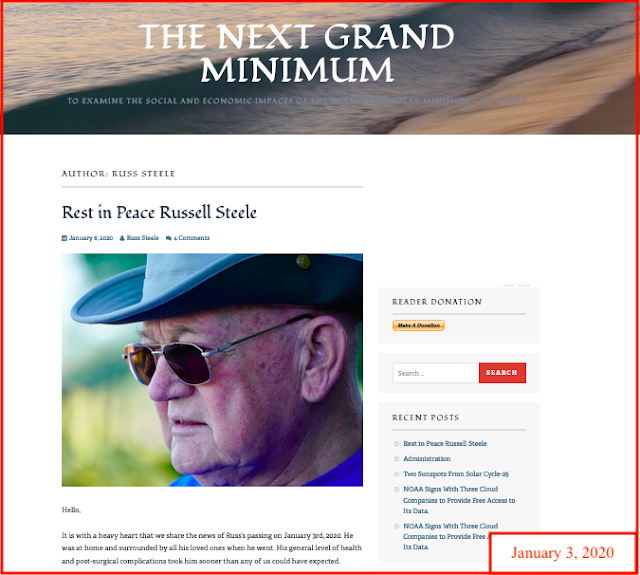 Canadian dollar: hanging in there at just above 70 cents US. 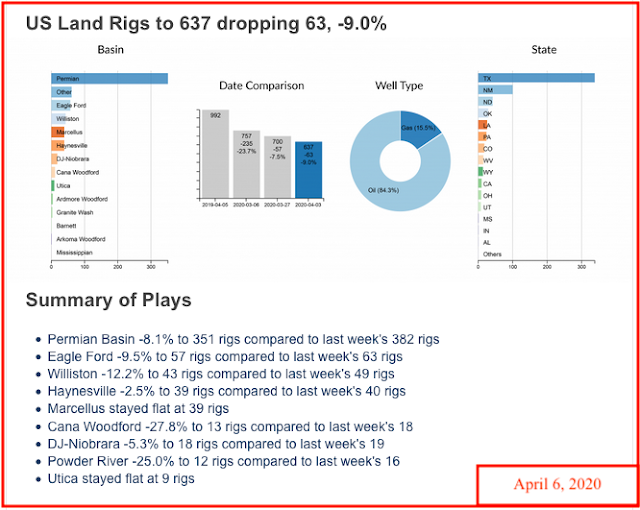 
Only wells coming off confidential list this weekend, Monday --


Energy markets are changing faster than at any time in history. It’s hard enough just to keep up with what’s happening today, much less try to anticipate what’s ahead on the other side of COVID. But that’s exactly what we’ll be doing next week at RBN’s Virtual School of Energy. More than one-third of the curriculum is a detailed review of RBN’s hot-off-the-presses forecasts for all the essential elements of U.S. crude oil, natural gas and NGL markets, including our freshly updated outlooks for production, infrastructure utilization, exports/imports and demand. Better yet, we’ll put these forecasts in the context of our fundamental analysis and models, so you can not only understand where it looks like we’re headed today, but gain the skills to adjust your outlook on the fly as circumstances change. Although this blog is an advertorial, stick with us if you would like to know more about how the RBN crystal ball works.

In the blink of an eye, global demand for crude oil has fallen by 20-25%, with knock-on effects on natural gas and NGL markets. Commodity prices are down sharply. And flows through all manner of energy infrastructure are soon to be slashed, including gathering systems, processing plants, pipelines, fractionators, refineries and export docks. Just a few weeks ago, energy markets were all about supply — too much of it in the U.S., which needed exports to balance the market. Now, it’s all about demand — nowhere near enough of it, and no clear indicator yet of how soon or how quickly it might rebound. That means that new and legacy infrastructure projects will be battling for throughput volumes. Some projects that were critical to the supply chain as recently as January and February are on their way to becoming redundant.