Only because I'm bored I'm posting this note.

Fiat Chrysler and PSA announced a merger worth $52 billion, Reuters report per a reader. NYT headline: merger needed to "save" the two companies. AP report here.

My reply to reader who sent me this with me knowing almost nothing about any of this:

Then, Fiat and Chrysler to which I never paid any attention.
Now, PSA.
Fiat Chrysler with a market cap of around $40 billion (?).
Peugeot, Citroën, Opel: the French must like them.
Good for them. Sounds like one of them was in trouble, probably PSA.

I don't invest in automobile manufacturers, so no dog in this fight.

Purpose of merger according to the press release:

This is what I see: it's going to cost a huge amount of money to go electric and very few can do it.

PSA could see the writing on the wall; EU was going all in with EVs and PSA has no options. LOL.

Tesla? Last time I looked, trending toward a market cap of $750 billion.

This will be fascinating to watch. Which reminds me: do I need more popcorn?

Again, I have no dog in this fight. I posted it because I was bored.

However, it spoke volumes about the money it will cost automobile manufacturers just to stay in the game. On top of that, "someone" is going to have to pay for:

If this -- the whole EV thing -- doesn't work out, it's not going to be a pretty picture for the country.

Three of the MRO wells are all on the same pad, these wells are clearly on the fringe of the Bakken:

Five wells on this pad bear watching; some run north; some run south.

I can't recall if I posted it, but I know I was thinking it: the Lost Bridge oil field would eventually turn out to be seen as a good field. It's smack dab in the middle of several other great fields.

A huge "thank you" to a reader who alerted me to this well.

MRO is on a roll. This is really quite incredible. Maybe more on this later, but for now, the well:

It appears that an older, producing well, #21840, on the same pad shows a subtle jump in production. Most may disagree with me, but it looks like a small jump occurred in that older well about the time the Stillwell well was fracked, but again, just my biased observation. I can't say for sure, but I believe the Stillwell is a middle Bakken well whereas #21840 is a Three Forks well. Again, I may be mistaken.

Posted by Bruce Oksol at 4:58 PM No comments: 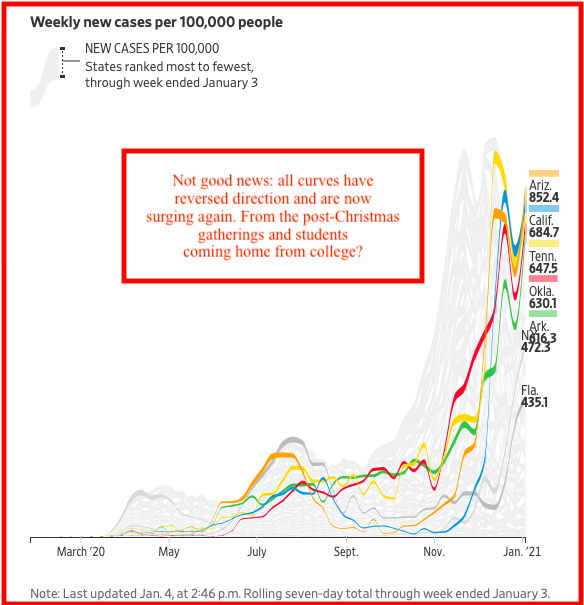 Now with the US rollout faltering, I see a headline that "scientists are debating vaccine distribution." Oh, give me a break. "They" had a plan. Pro rata distribution to the states. The states set up groups 1a, 1b, and 1c. This is not rocket science. Vaccinate those in 1a until the vaccine runs out; wait for more, and continue the process. Meanwhile, start planning for groups 2a, 2b, 2c, 2d, 2e, 2f .... 2z+n and move on.

You know, the interesting thing is that President Trump would not have put up with this rollout debacle, but he's a lame duck president and this is now the least of his worries. The tea leaves suggest the rollout will worsen under Biden. Which reminds me, my microwave popcorn has quit popping. LOL.

I completely missed this. Apparently some games were played yesterday. LOL.

But, wow, the New York fans are livid. LOL.

Something about their team not moving on. LOL They haven't mentioned the sport yet, but I think they're talking about the NFL. LOL.

And how those Cowboys? LOL.

Apparently not as urgent as everyone suggested. 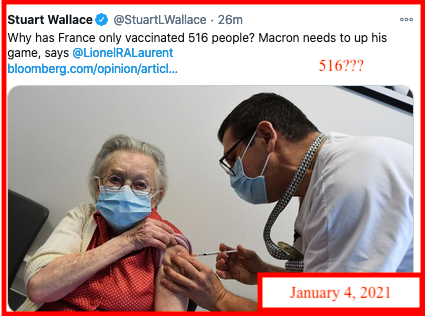 I've updated the MRO wells in Antelope-Sanish at this post. I'll come back later and take a closer look at some of them. 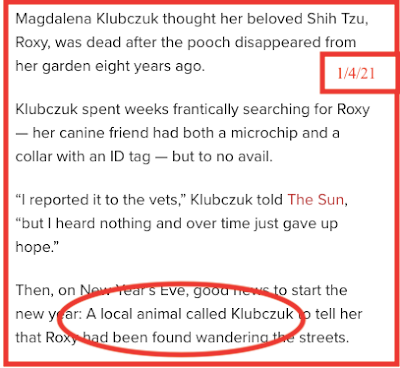 Posted by Bruce Oksol at 5:57 AM No comments: