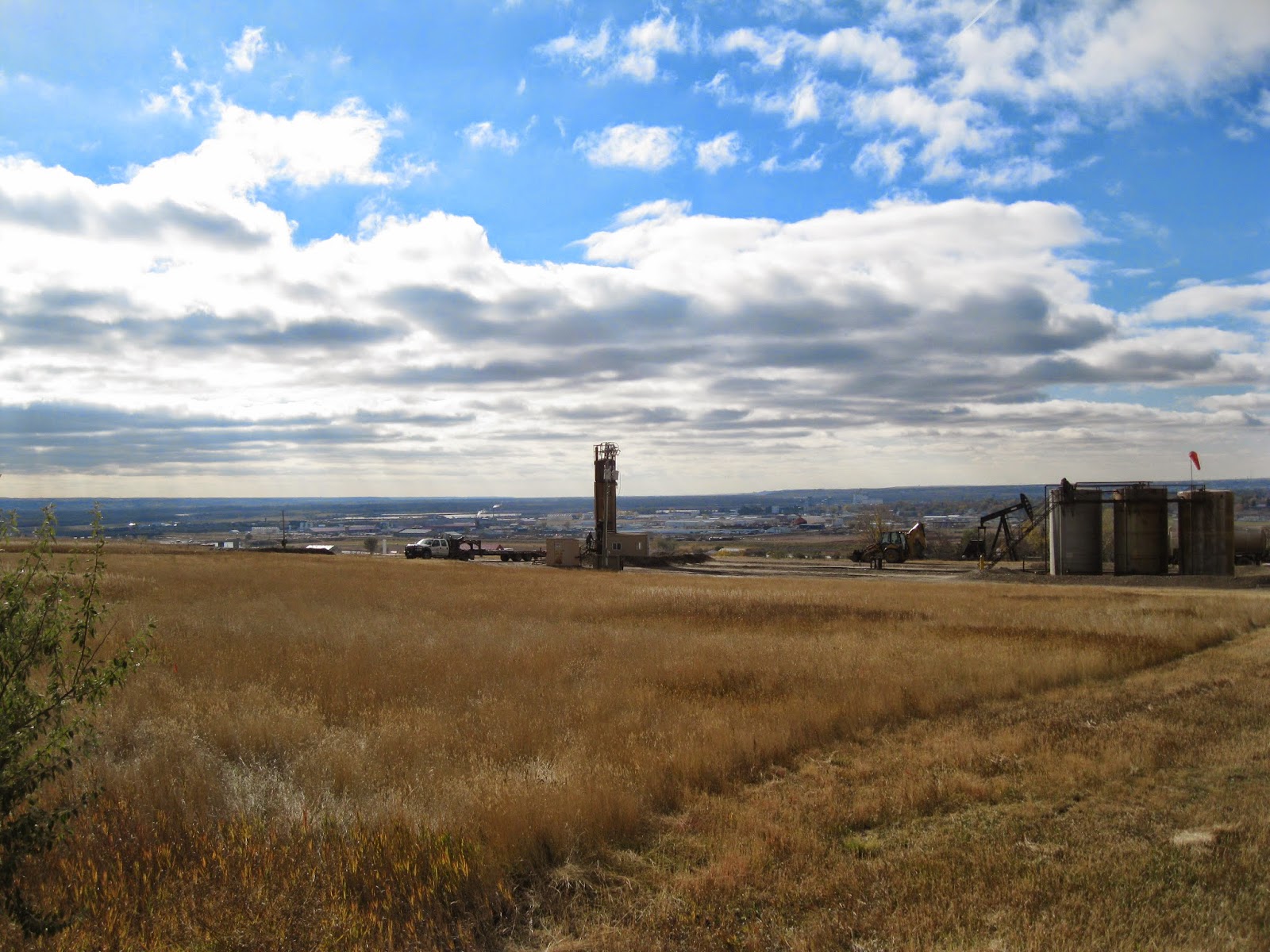 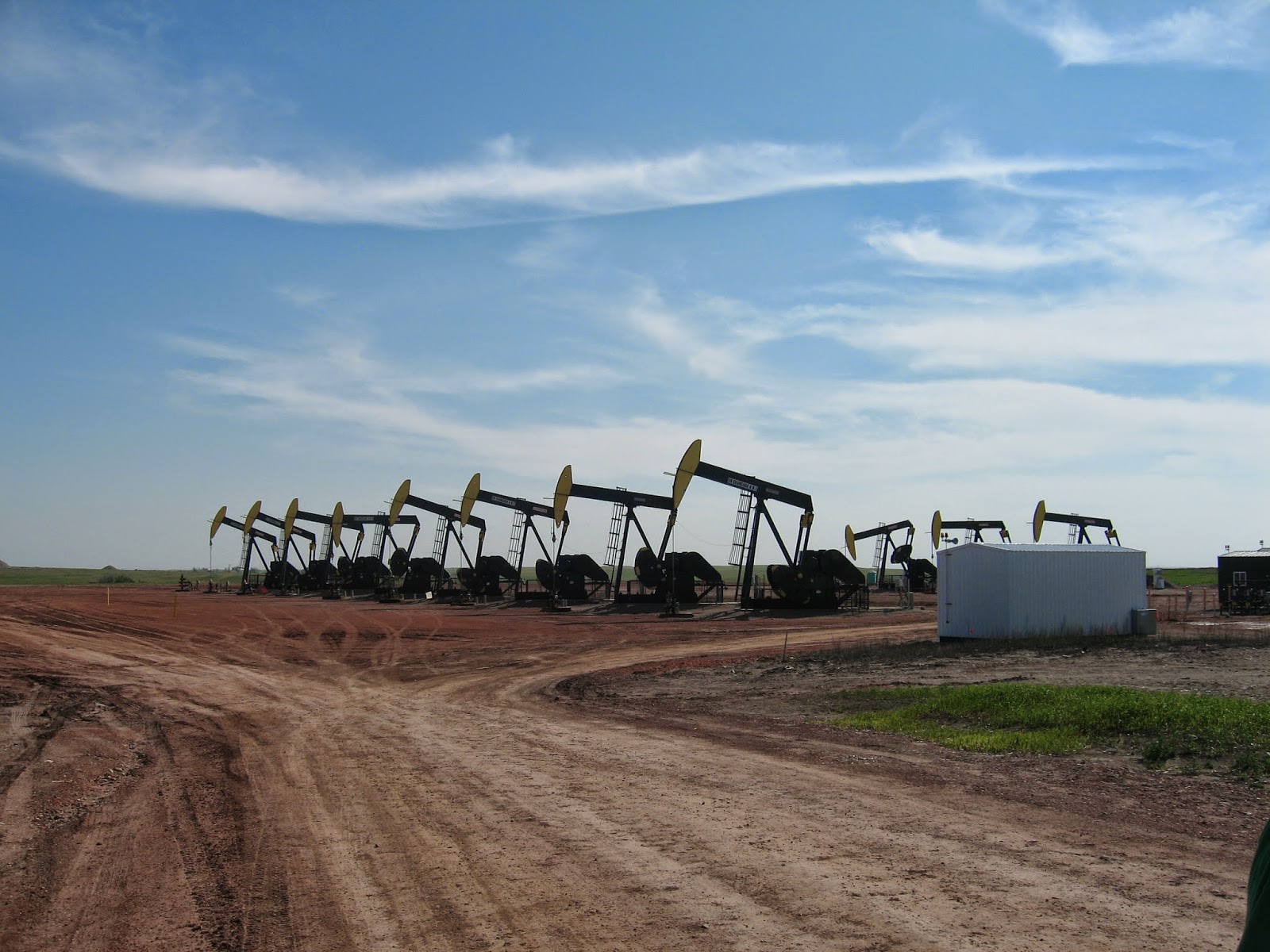 Background:
The Bismarck Tribune is reporting:


Currently [the price of US natural gas] is hovering at about $4.50. Extracting the layers, or molecules, can become complex and specific quite quickly, but the overall concept is something the average person can grasp.

"You don't need to review your chemistry to understand it, but, the way to think about it is in a cubic-foot of natural gas produced in the Williston Basin you will find somewhere around 8-12 gallons of raw natural gas liquids," John Gibson, former CEO, ONEOK and non-executive chairman of the Board, ONEOK Partners said. "That's ethane, propane, butanes all mixed up. If you go down into Oklahoma or the Texas in the pan handle, that same cubic foot will have say, three gallons per MCF. As you can tell by the numbers there is a whole lot of natural gas liquids in the Williston Basin."

Reports from the Energy Information Agency reinforce Gibson's testimony that Bakken offers some of the richest NGLs in the country. Breaking down the NGL market even further, each well drilled contains a great deal of ethane, propane, butane and natural gasoline, which can be stripped out, fractionated and put into the gas pipeline network. This process is not necessarily new in oil and gas, but is relatively new to North Dakota.

"With respects to the Marcellus and other shale plays that are offshore, the NGL technologies are proven but the locations are new," Don Bari, Vice President, Technology and Analytics Groups, IHS Chemical, said. "All the infrastructure is already set up in the Gulf so that has had an early influence."

Note: this page was originally written several days ago; I put it in draft and posted it later. For some reason, the "blogger" app chose today to post it. The "blogger" app works in mysterious ways. In fact, one comment was dated "August 1, 2014" confirming that this page was posted no later than yesterday, although I think I first wrote it several days ago. The context of the blog will provide further clues, I assume. Whatever.

CLR and IPs
Regular readers and long-time followers of the Bakken "understand" the relevancy of IPs.

After reporting the IPs on a daily basis for every well that comes off the confidential list in North Dakota for the past several years, I have a pretty good feeling for IPs as reported by various operators. I've discussed this before.

So, that I don't get a whole bunch of "anonymous" comments pointing out the error of my ways, I will speak in generalities. I am updating the Alkali Creek oil field. Regular readers and long-time followers of the Bakken "know" what to expect with IPs reported by CLR. Things may be changing, or things may be different in Alkali oil field. The IPs recently reported by CLR coming out of Alkali Creek oil field are quite out of the ordinary for CLR. Very, very impressive, to say the least.


This caught my attention, interesting to see it in the press release. KOG could have ignored this, or waited to see if they could buy this "unwelcome" note in the conference call.

"The Company has continued to experience an incremental increase in LOE. The increase is primarily a result of continuing costs for winterization work and increased workover expenses, including but not limited to the installation of new, more effective pumps.

Additionally, as the portfolio of producing wells age, LOE per barrel sold has increased as the production on older wells has declined, yet the Company continues to incur ongoing fixed costs to operate these wells. Kodiak has experienced an even larger incremental per barrel increase in LOE from non-operated properties."


Apache said it intends to completely exit LNG projects - in which it partners with Chevron Corp - in Wheatstone in Australia and Kitimat in Canada. Apache is also evaluating its international assets for a potential spinoff to shareholders, outright sale or other options, Chief Executive Officer Steve Farris told analysts on a conference call.

The move, a significant pullback from the LNG market, relieved investors worried about the potential project costs. Apache shares rose to their highest level in more than two years.

Over the last year, Apache has sold $10 billion worth of assets to focus its drilling on more profitable and predictable shale oil wells in places like the Permian Basin and the Eagle Ford in South Texas.

Disclaimer: this is not an investment site. Do not make any investment decisions based on what you read here or what you think you may have read here. I have never invested or traded in Apache, never have, and probably never will.


While transcribing the August, 2014, NDIC hearing dockets agenda this evening I noted: Wapiti Operating, LLC, has been in North Dakota, but this is the first time I've seen them in the current boom; last file # for Wapiti was: #13329, Weinmann 1-5, Lucy oil field:
So that was back in 1992 when they completed that Madison well; they are now back in North Dakota will be on the agenda for a new permit in the August, 2014, hearings.
Posted by Bruce Oksol at 3:40 PM 4 comments:

Email ThisBlogThis!Share to TwitterShare to FacebookShare to Pinterest
Labels: IPs

As I was posting the story below, I was thinking how Cushing, OK, must have started: one storage tank and one pipeline at a time.

Summit Midstream Partners, LLC, announced new projects in the Bakken. See the press release linked below. There was so much information in that press release I broke it up to better understand what was planned:

For newbies:
Press release (this was from the Ohio.com / Ohio Utica Shale website).

The press release has so much information in it, I broke it down, as mentioned above. Here are my notes; there may be inaccuracies; go to the linked source for the "real deal":

For newbies and generalists:

I am reading and enjoying How To Read Literature Like A Professor, by Thomas C. Foster, c. 2003, a softcover which I picked up from the Huntington Beach library for fifty cents.

Several of the reviewers over at Amazon.com did not care for the book, but I found it delightful. I would recommend students entering their sophomore or junior year of high school read it during the summer preceding.

I'm only through chapter 4, but it seems every chapter almost pays for the book. The fourth chapter, "If It's Square, It's a Sonnet," certainly was worth entire book. The author mentions several "types" of poetry: villanelles, sestinas, rondeaus, and then describes the sonnet.

I was in my poetry phase of literature many years ago when I was in my Sylvia Plath stage. It was nice to be reminded of things I once knew.

The author uses a wonderful sonnet written by Christina Rossetti, another author I "fell in love with" for a short period of time, and go back to her poetry every so often. Her Goblin Market is a must-read, and I look forward to the day our granddaughters are ready to be introduced to such poetry.

Here is the most wonderful sonnet by Christina Rossetti that the author chose to discuss, "An Echo from Willow-Wood" (ca. 1870):

Two gazed into a pool, he gazed and she,


Not hand in hand, yet heart in heart, I think,
Pale and reluctant on the water's brink,

As on the brink of parting which must be,
Each eyed the other's aspect, she and he,


Each felt one hungering heart leap up and sink,
Each tasted bitterness which both  must drink,

There on the brink of life's dividing sea.
Lilies upon the surface, deep below


Two wistful faces craving each for each,
Resolute and reluctant without speech: --

A sudden ripple made the faces flow,


One moment joined, to vanish out of reach:
So those hearts joined, and ah were parted so.

And, yes, there's a Willow Creek in the Bakken.

Commentary
Million-bbl EURs in the Bakken

US wages and benefits rose in the second quarter at the fastest rate in nearly six years, a sign that a tightening labor market may be raising pressure on companies to boost worker pay. Some readers have suggested to me that's why Obama has declared an OPEN BORDER policy, to attract more, younger workers. Their words, not mine.

And, yes, those upset about federal subsidies for ObamaCare move to have the US Supreme Court take the case. Everyone agrees the law says federal subsidies unlawful; ObamaCare supports say that it's simply a technicality; Congress "meant" to include federal subsidies in the law, and thought the wording was adequate. But everyone agrees that "federal website/federal healthcare exchange" wording appears nowhere in the law. Of course, no one knew that until it was passed -- and then it was read, as predicted by Nancy "we have to pass it, to read it" Pelosi. I can't make this stuff up.

Hope and change. I can't make this up: "US officials say they hope Egypt, Israel, Iraq, and Saudi Arabia find common ground in a fight against extremist groups." Last I heard, Israel was pretty much on its own against Hamas (yes, I know Egypt is helping destroy tunnels). US officials worry that the Islamist (note "Islamist" without the qualifying adjective) surge threatens Mideast powers.

Venezuela's Argentina's Cristina Kirchner told Wall Street hedge funds to "shove it." Perhaps not in those exact words. However it was said, Cristina pushed her country into its second default in 13 years. Oh, well. [My bad: I said "Venezuela." A reader caught the mistake. A big thank you to the reader for catching that.]

Wow, this is rich: "The US energy boom is producing a little-noticed side effect: American oil and gas companies are paying less in federal income taxes, thanks to investment incentives."

America's business puzzle: record debt and record cash. US companies have never had so much debt and so much cash. But there is a reason for that: low interest rates and US tax policy.

Oh, oh. Kellogg's profit falls 16% as cereal sales drop. I guess cereal companies can only raise prices so much before folks say "no, no." Of all the things I buy at the local grocery store, I find cereal a) the most expensive per ounce; and, b) the yearly increase most remarkable. $4.00 for a box of Wheaties? Really? UC Irvine? Really?

MasterCard profits jump almost 10%.  I assume more and more folks are falling behind on M/C debt due to the price of Exxon gasoline at the pump. And some in Congress want to raise the federal tax on gasoline. Okay.

Eric Cantor says he will resign from Congress in August. He was the US House majority leader. A lesson learned.

LA Times calls the projected ObamaCare rise in premiums of more than 4%: "modest." Their word, not mine.
Posted by Bruce Oksol at 1:53 AM 4 comments:

P&G to shed more than half its brands. Okay.

Wow. Warren Buffett's Berkshire posts record quarterly profit: the "mutual fund" reported a 41% jump in earnings ties to gains at it railroad, energy, and other businesses. "Other businesses"?  Most likely it was mostly railroad and energy.

CBR and volatile crude oil? How about this? Lithium batteries constitute one of the big safety queseitn facing the aviation industry. In the US alone, the FAA lists 17 significant incidents with batteries on passenger planes in the past decade.

CBR and volatile crude oil? How about this? Bus, light-rail collisions in San Francisco leave 40 injured.

Be sure to look at the great comment posted at the recent ONEOK posting.
Posted by Bruce Oksol at 1:23 AM No comments: