The usual disclaimer applies.  I do this quickly for my benefit. It is not meant for readers; readers should go to the source documents.

In a long note like this there will be content and typographical errors. If this is important to you, go to the source.

SNAP: crashes. Loses a third of its value. What a debacle.

Sent to me by a reader.

This is only data for: 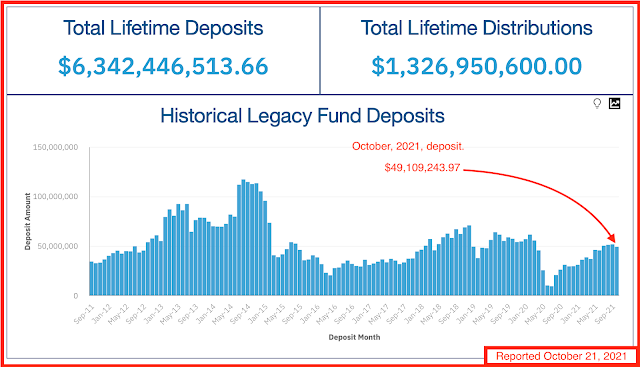 We were so incredibly fortunate. We were stationed overseas for thirteen consecutive years -- my wife says fourteen -- it's just that Turkey seemed longer than it really was -- LOL.

I'm re-reading parts of Nicholas Boyle's two-volume biography of Goethe: The Poet and The Age, c. 1991.

I was curious to re-read that chapter on Goethe's trip to Italy, 1786.

Prior to the trip he was depressed and suicidal. After he returned, he was a different person. Little is known about that trip. Much conjecture.

During our first USAF military assignment to Germany, we took a car trip to Venice. Unknown to us at the time, we traced Goethe's footsteps almost exactly. His journey started a bit east of ours, but by the time he got to Regensburg, Germany, our paths were pretty much the same:

Nicholas Boyle then spends a full page or two describing the "Palladian" architecture Goethe found in Vicenza. I know nothing about architecture but in another life, long ago and far way, I had a woman friend who was very, very much into architecture. I was never able to accompany her, but I pined over that lost opportunity when she took an architectural tour of southern England. Wow, those were the days.

This is why I worry not about "spoiling" my grandchildren. I don't care what they study in college. I care not where their passions may lead them. I want them to live their lives to the fullest. Things will work out. They generally do.

On another note, the autumn evenings in Texas are in incredible for star-gazing. I cannot believe how bright Jupiter, and to some extent, Saturn are. I thought Jupiter was Venus, but my iPhone sky-app sorted that out for me.

So, every night, I see the moon, and down to the "right," maybe a hand width away, Jupiter and than Saturn; Venus much farther to the right (I guess that would be to the southwest -- I could be wrong there). In the morning, Sirius is chasing the moon: Sirius is high above me, the moon is heading toward the horizon.

A reminder, IBM to split into two companies:

Wework: set to go public via a SPAC two years after failed IPO. Link to WSJ.

North Dakota was the first state to receive primacy of Class VI wells from the US EPA in 2018, followed only by Wyoming in 2020. 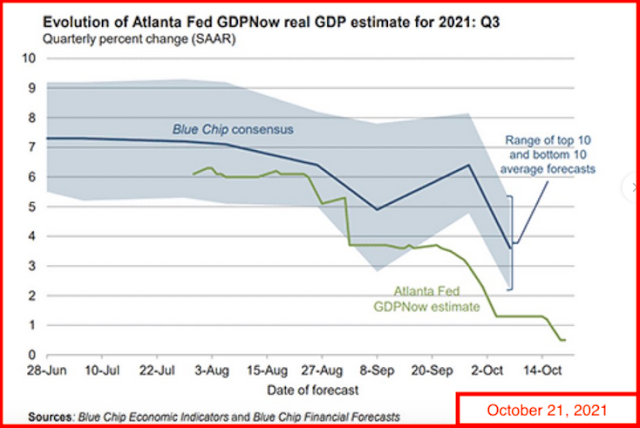 Recession? With regard to the current economic cycle I first mentioned the "R" word back in August, 2021.  Some argue, and rightly so, if a recession is indeed in the cards, blame the high cost of energy, especially gasoline, here in the states. "GasBuddyGuy" tweeted yesterday that Saudi Arabia, sitting on tons of spare capacity -- defined as 30/90 -- and showing no signs of a willingness to release it, will result in a recession.

The last thing Saudi Arabia wants or needs is a recession because they sat on all that spare capacity. And there's the rub. For sake of argument, let's play devil's advocate. 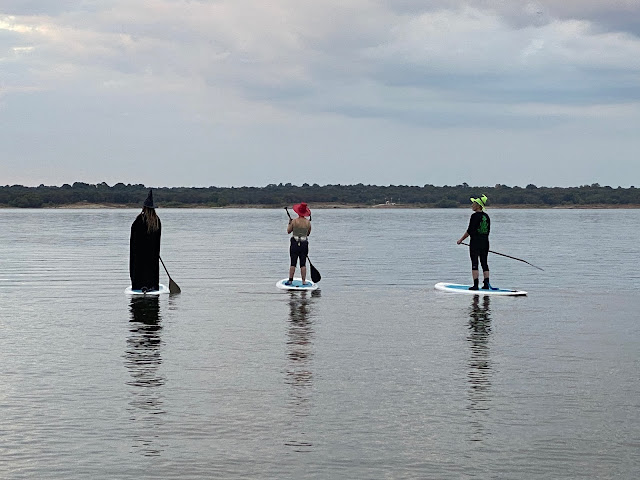 Jobs: very, very good numbers for the most part says CNBC. Initial claims and continuing claims, a post-Covid low. But still at 290,000 or thereabouts. Yawn. In an hour, the number will be forgotten.

Oil and natural gas investors: if you are not reading RBN Energy every day ... well, what can I say. That's almost as bad as not reading the MDW blog every day. RBN Energy on cash hoarding by E&Ps below.

Biden approval poll: top CNBC political story by Steve Liesman today -- Resident Biden's approval has plummeted; approval in the red. Worst polling in thirteen years on economy outlook. Steve Liesman is shocked -- again. He is shocked how "negative" Americans are. Some of the worst polling numbers Liesman says he has seen in thirteen years. Noted that gasoline in California is now $5.  Americans are very worried about a recession. What does that mean. If one has discretionary income, it is likely to go into savings, not investing and not spending. Not going into investing: the gap between the investor class and the non-investor class will continue to widen. Not spending: could be a self-fulfilling prophecy for a recession. Those with a long investment horizon, a recession is simply a buying opportunity.

Tipping point: Tesla -- no longer any doubt. It's real. Tesla is so far ahead of any of the others, it has to scare the likes of Ford, GM, European manufacturers, etc. The meme no longer holds: Tesla makes money on the emissions credits. Tesla is now making money ex-credits. But get this: new revenue stream -- Tesla Insurance Company (TIC). The believers will be rewarded.

What about the others? Analyst who probably knows most about this -- Jon McNeill, former Tesla president. At the beginning of a multi-decade growth of EVs: Rivian, F-150 Lightning, Lucid, Cadillac, and several others mentioned.

Triple-digit oil? GasBuddyGuy, Patrick De Haan, thinks it is possible. Agrees with others: OPEC is deliberately holding oil production down -- OPEC controls a third of global production. What if De Haan is wrong? What if OPEC doesn't have the supply? We've posted Saudi's supply graphic and it's not pretty. One may want to follow Josh Young.

Bakken story of the month: the story is poorly written; I don't understand what happened, or better said, how it happened. The story does not mention the headline.

Here's the story in a nutshell (I may have it wrong; see linked article):

For many years, the exploration and production sector of the oil and gas business was notorious for its profligate ways. When energy prices were high and money was flowing in, many E&P companies would spend like Beyoncé. But the commodity price volatility of the past few years gave E&Ps a new-for-them financial discipline. Even when prices rebounded, they held down their capital spending, and focused on paying down debt and returning cash to shareholders in the form of stock buybacks and dividends. But there’s been a shift in all that lately, with a bigger share of the inflowing money now being used to build cash balances. In today’s RBN blog, we analyze recent cash flow allocation by the 38 E&Ps we monitor and examine what this new shift may mean.

This is simply some housekeeping. I just realized I do not have "Bowline" linked at the sidebar at the right, nor was it ever added to "Bakken operators."

So, we will start with the links. These are all old stories; again, this is simply some housekeeping.

Posted by Bruce Oksol at 5:29 AM No comments:

Finally. Oil is now a top story over at CNBC. OPEC+ is holding four million bopd in storage and won't release it despite the US, China, and India all asking for more oil. Where are the US shale producers? PXD: if producers put more oil on the market rather than return cash to the shareholders, the companies get punished. ESG mandates. Why is OPEC+ sitting on spare capacity? Fears of new Covid variants.

Covid: UK and Russia out of control. Perhaps you can connect the dots between Russia's Covid outbreak; Nord Stream 2; and,

Oh, oh: the fear of peak demand is leading to the reality of peak supply. -- Eric Nuttal, in response to news that XOM is considering cutting back on its major projects over concerns of peak supply. Link here.

For investors, BofA warns of 0% returns over the next ten years: this is very, very cool. The other day -- only two days ago -- I provided a long list of suggestions from Jim Cramer which he called "inflation winners." Yesterday, Bank of America provided a similar list -- amazing how it overlapped Cramer's list. Absolutely amazing. BofA's list:

Polls are starting to show how concerned Amricans have become with regard to Resident Biden's policies. I have no sympathy. Especially for the folks in Minnesota who prefer CBR to pipelines.

Supply shortages: I make it a point to visit Target every day. It's a one-minute bike-ride from our little hovel. I purposely walk down each aisle to note the shelf shortages: most remarkable -- the McCormick spices. Completely empty. Seriously. Salad dressing shelves are also quite empty. But have you noticed what is not in short supply? Beer. Speaks volumes. Huge trucks needed to supply beer and yet there seems to be no shortage.

Netflix outage overnight was reported. "Down Detector" is the site to visit when one has questions whether a blog site or streaming service is down. With regard to Netflix, it was down for about an hour.

Apple: one small chip, the M1 Max chip may have more raw GPU performance than a PlayStations 5. Link here.

Posted by Bruce Oksol at 5:19 AM No comments:

It's my impression that the EIA is pushing the renewable / global warming agenda. It's only my impression; I'm not saying it's true, but I about fell off my chair when I saw the EIA release yesterday.

Because this post will get buried by additional posts over the next three hours, I will be-posting this.

From the EIA yesterday, in four screenshots: 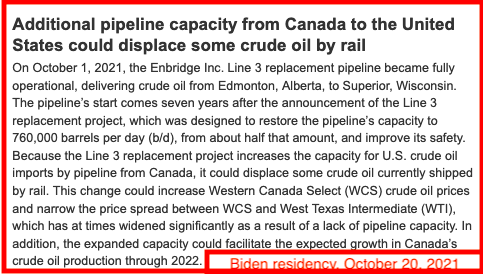 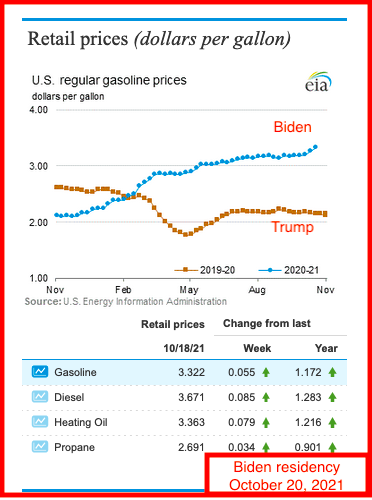 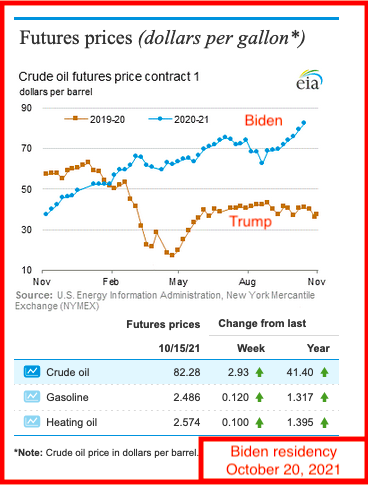 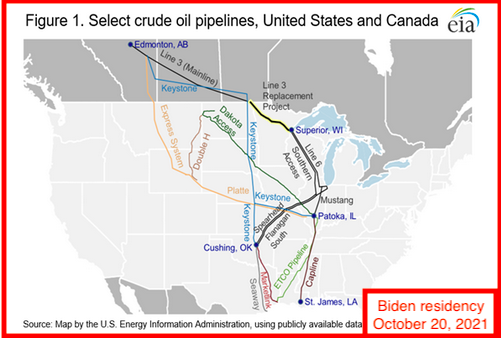 I think that which is most surprising in the second and third screenshots is how quickly this all changed. It is absolutely amazing, at least for any of us paying attention.

This is "oh,oh" for another reason.

Over the past several months I have been surprised that US gasoline demand was not increasing in line with the improving economy. I attributed that to the rising price of gasoline and "demand destruction," as they say.

Well, well, well, look at this. And I say "oh, oh" because if gasoline demand is going up despite prices going up, all things being equal, prices should continue to go up.

The increase looks real, trending back to 9.5 million bbls per day as a four-week average. The most recent week: 9.6 million bbls. 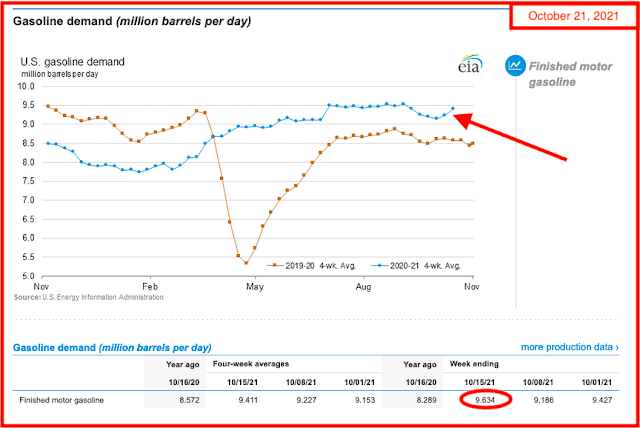