See also this post for the most recent production data: http://wellsofinterest.blogspot.com/2017/03/the-gudmunson-wells.html.

See this post for scout ticket and complete production for #19548: http://wellsofinterest.blogspot.com/2017/03/full-production-profile-for-one.html.

March 1, 2017: look at the jump in production in #19548. For monthly production of recently fracked wells in this family, see this post.

Note that the two producing Gudmunson wells (#19548, #25147) were taken off-line in October, 2016, which suggests that the operator is getting ready to frack neighboring wells. However, FracFocus does not yet have any frack documents for the four wells on SI/NC status (DUCs). 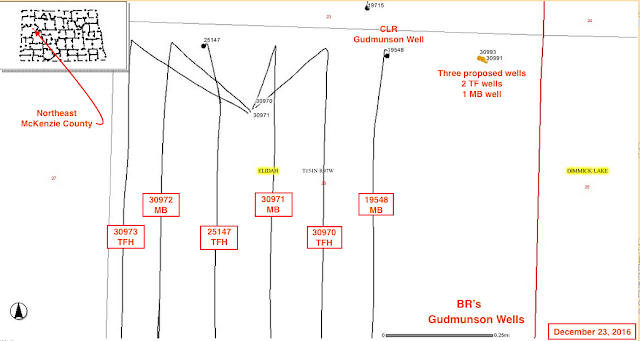 Respondents to the poll:
Intra-day, during the past week, we did come within 13 points of hitting 20,000.
Posted by Bruce Oksol at 5:12 PM No comments:


Denver-based Bonanza Creek, with oil and natural gas assets in Colorado and Arkansas, said it would file for bankruptcy on or before Jan. 5 with a plan to eliminate $850 million in debt and provide $200 million in new equity.

The company said it expects to exit bankruptcy in the first quarter of 2017. Bonanza Creek's shares slid 55 percent to $0.88 in morning trade.

Some previous posts on Bonanza Creek:

I track the Cheryl-Richard wells here.

The last of the three Cheryl-Richard wells (DUCs) have been fracked.

Most of the producing/older Cheryl-Richard wells were taken off line in 10/16. The last two of the Cheryl DUCs have been fracked. Expect to see the results of those wells soon.

The last two Cheryl DUCs to be fracked:

The scout ticket and production data for #29611:


From the Williston Wire:


Construction on the new Williams County Administration Building reached a major milestone Dec. 19, 2016. The building held a "Topping Out" ceremony as the final major beam was put into place. The beam was signed by construction workers and representatives from Williams County. When it's completed, the building will make it easier for the public to get in touch with county offices. 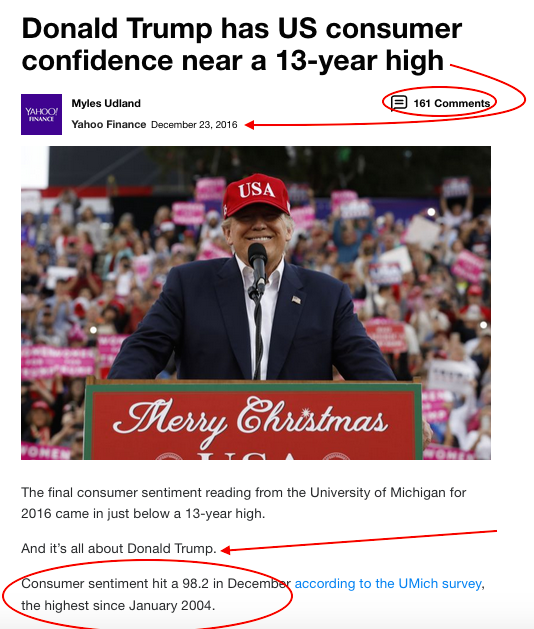 Only five (5) states in the United States have both a Democratic governor and a Democratic legislature -- talk radio. The Daily Kos says six states, see link below.


With a firm grip on the presidency, Congress, and soon the Supreme Court, Republicans have won more political power in 2016 than in any election since at least 1928, when Herbert Hoover was elected to the White House. Democrats now face a deep hole they need to climb out of to fight back against the coming reactionary policy shift of the pending Trump administration and its allied state governments. 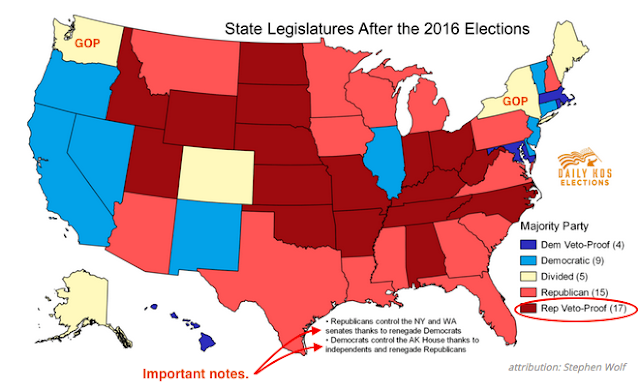 Two other important maps at the linked article.


Republicans have total control over 25 states outright and another two where they can override a Democratic governor’s vetoes. These 27 states cover 56 percent of the population. Meanwhile, Democrats have total control outright in a mere six states and veto-proof majorities to override a Republican governor in just two more. These eight Democratic-controlled states add up to only 19 percent of the population, or roughly one-third as much as Republicans control.

In 2018: there will be 23 Democrats, 2 independents who caucus with the Senate Democrats, and 8 Republicans, subject to retirements or other changes before the 2018 election.

Democrats are expected to target the Senate seats in Nevada and Arizona.

From The New York Post.
Posted by Bruce Oksol at 9:14 AM No comments: