Word for the day, yesterday: ullage.

All that talk about China taking less oil this month (or was it last month?) and all that floating storage off-shore from China needs to be taken with a grain of salt. Link here. 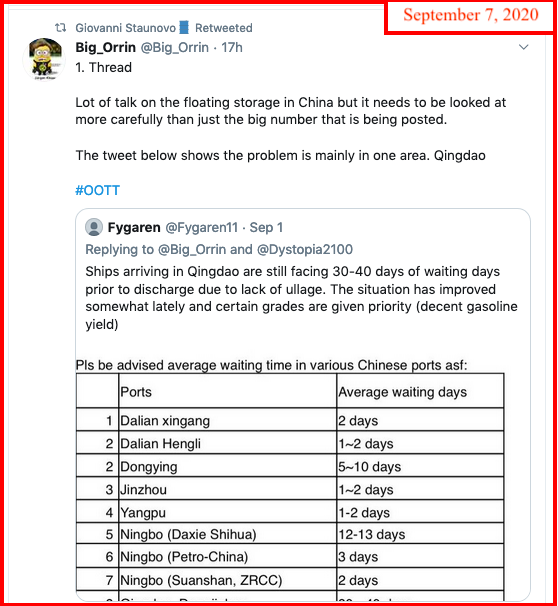 Ullage: that empty space in the bottle between the top of the wine and the bottom of the cork. Link here: 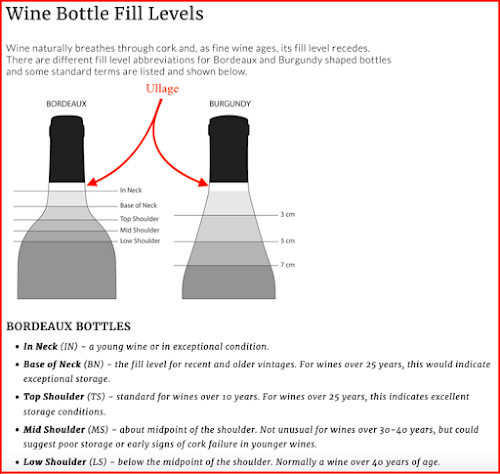 Again, something I would not have known had I not blogged. 😆

Now, from ullage in a wine bottle, it's just a hop, skip, and a jump to working out the calculations for the ullage in a crude oil tanker. Link here.

This is quite incredible. It's a long story and not worth going into but earlier tonight I came across something that got me to thinking about protostomes and deuterostomes again, and that led me to the long-extinct acorn worm, specifically Spartobranchus tenuis, its fossil discovered in 2013. Unfortunately, and somewhat surprisingly, the wiki entry for this worm was very, very limited.

But this is what caught my attention. I'm looking for something incredibly obscure, and there it was, on a blog. At the blog, the blogger provides this background:

I started this blog when I was seven years old and I'm in high school now. I retired this blog several years ago, but I still check on it and you can still contact me.

Can you believe that. A seven-year-old starts this blog on "life before dinosaurs" back in 2011, and the is blog is now the second hit on a google search involving acorn worms.

If you really want to be blown away, read the note from his mother (the typist) and look at the video -- both on the sidebar at the right at the linked blog above.

Sophia is going to have a lot of competition. Many, many story lines here. For a bit more, see this post over at one of my other blogs.

Yesterday, I posted a pop quiz, asking what was wrong with a certain story. This was the post:

I almost got sucked into this story.

This is the problem with that story. Unless I'm misreading it, and it seems I'm not -- based on what is published it seems fairly straightforward: the "analyst' is basing Telsa's earnings on automobile production. Again, this is what the "analyst" wrote:

The "analyst" falls into the same trap most analysts fall into when it comes to Tesla: they don't understand what business Tesla is in. It's the same when folks compare Tesla's market cap with the combined market cap of all other automobile manufacturers combined. That's the problem: Tesla is not an automobile manufacturer. Sure, they make automobiles, but that's not how they make money.

This is how Tesla makes money: from hope, batteries, and regulatory credits.

Tesla makes the most money from selling and leasing electric vehicles, solar energy systems and energy storage products. In addition, Tesla also makes money from selling electricity generated from its own solar energy systems. Best selling energy storage products such as the Powewall and Powepack are another line of Tesla’s revenue generators. These are the typical money-making machines for Tesla. But what you may not know is that Tesla has another source of income that is contributing hundreds of millions of dollars, or perhaps close to a billion dollar in 2020, to the company’s coffers. And that revenue source, which has been generated literally out of thin air, comes from the so-called “Regulatory Credits.”

Oil slammed: so, we have the answer. Earlier today, the question was asked, "why today? What is different about today than a week ago (September 1, 2020) that resulted in WTI and Brent to crash?" OPEC basket will follow. Some suggested that one thing different this week than a week ago was the no-impact Hurricane Laura. That's fine, except by August 27, 2020, "everyone" knew it was "no-impact Laura." So, we're back to the question: "what is different about today, September 8, 2020, compared to September 1, 2020?? No it wasn't "no-impact Laura." That train left the station August 27, 2020. So, we are back to square one: what is different today compared to one week ago? Well, we now know. I was pretty sure we would have an answer by the end of the day. We always do. This is what is different today:

Note: I've not watched any CNBC today. I generally don't watch CNBC when there is a market correction. So, any of my thoughts on the price of WTI today originated with me. That doesn't mean someone else hasn't said the same thing; it just means I haven't heard it from someone else.

Gas Buddy prices, link here. These are incredible prices; and this is "before" the huge decline in global oil prices today. It will be interesting to see the price of gasoline one week from today. We might not have to wait; we might see prices start to drop as early as tomorow:

Apple: Wow, I'm in a great mood, but more on that later. I was going to start out with something else, but when I finally got back to my computer at 4:45 after being off it almost all day, the first thing that popped up in my mailbox: 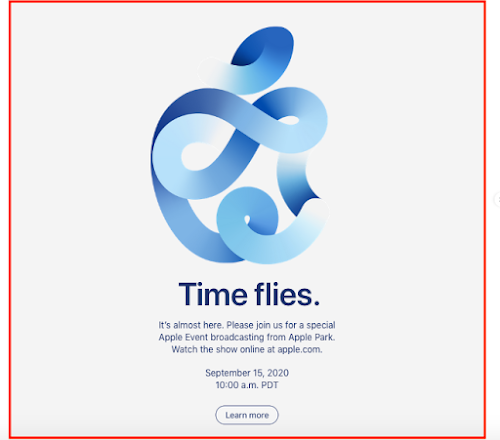 And it's going to be all about the "watch." This may be one of the most-watched Apple presentations in decades, partly due to what is rumored to be announced, but also due to everything else that has been happening in 2020.

So, maybe I'll stop here for the day.

A little over five years ago this story was posted:


From two articles, both from the same source:

The cost of the clean-up is apparently at $500 million and rising.

The report does not say exactly how the "wrong" kitty litter was acquired, but it may have been due to a simple typographical error. Second article:


Since September 2012, in fact, the LANL packed up to 5,565 barrels of radioactive waste with organic kitty litter but mislabeled it as inorganic kitty litter—16 of these barrels are also highly acidic and contain nitrate salts like the one that burst. It took an explosion before anyone noticed the mistake.

In addition to being horrifying on its own, the February explosion raises serious question about the safety of nuclear waste storage, especially when you consider how "comically simplistic," to use the New Mexican's words, the explosion's origins seems to be. There are many more worrying details in the New Mexican story, including how LANL took other shortcuts in packing the drum and failed to inform WIPP. It certainly doesn't inspire confidence in our nation's handling of radioactive waste.

So, a simple typographical error. LOL. 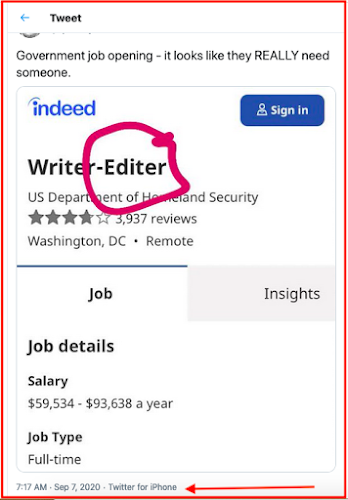 College football: Hard to believe but the US Naval Academy did not cancel their football season ... but perhaps they should have.

US Navy Midshipmen suffered their worse loss in history, losing to BYU 55 - 3. But at least they are playing, unlike the Big 10 and the Pac-12.

MLB: NY Yankees unlikely to even make the post-season.

BLM: I have no idea what's going on.

US Tennis: continues without Novak

NASCAR: completely forgot about the Labor Day weekend race. Apparently I wasn't the only one. 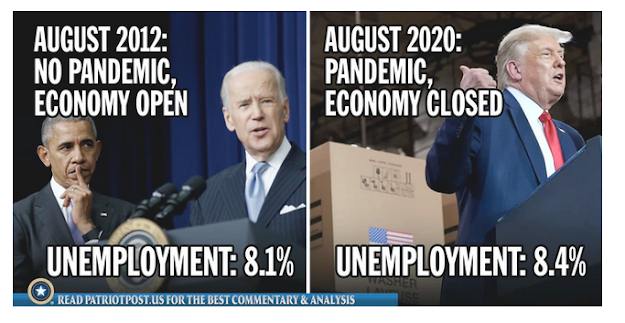 OPEC basket, link here: huge drop; now trading at $41.64. The graphic almost looks like the OPEC basket is in free fall. This is quite remarkable. It will be interesting to read what the pundits have to say about this. All I can say is that this is an existential issue for the House of Saud. The graphic: 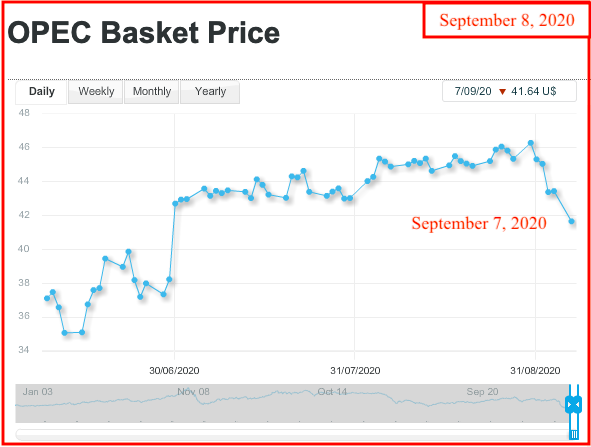 Tailwind for oil: my hunch is there are a number of factors of which I am not aware, but

Western Canadian producers have been deeply impacted by lower crude oil prices and the demand-destroying effects of COVID-19. This past spring, oil production in the vast region dropped by an estimated 940 Mb/d, or as much as 20% from the record highs earlier this year. Taking that much production offline helped in at least one sense: it eased long-standing constraints on takeaway pipelines like Enbridge’s Canadian Mainline, TC Energy’s Keystone Pipeline, and the government of Canada’s Trans Mountain Pipeline. Production has been rebounding this summer, however, and there are indications that pipeline constraints may be returning and apportionment of uncommitted space on some pipes may again become a persistent issue. Today, we continue a review of production and takeaway capacity in Alberta and its provincial neighbors with a look at apportionment trends on the biggest pipelines.