Quick! A memo to Occasional-Cortex ...

From Chesto over at The Boston Globe today:


Mansion maven: Larry Ellison, the billionaire founder of software company Oracle, has purchased the Seacliff home on Bellevue Avenue in Newport for $11 million.

The acquisition means he owns all four properties between Rosecliff and Marble House, which are designated as Preservation Society of Newport County mansions.

According to the Daily News in Newport, Ellison’s central property in the city is the Astors’ Beechwood mansion at 580 Bellevue Ave., on which he has spent more than $100 million to renovate it for a planned Beechwood Art Museum. 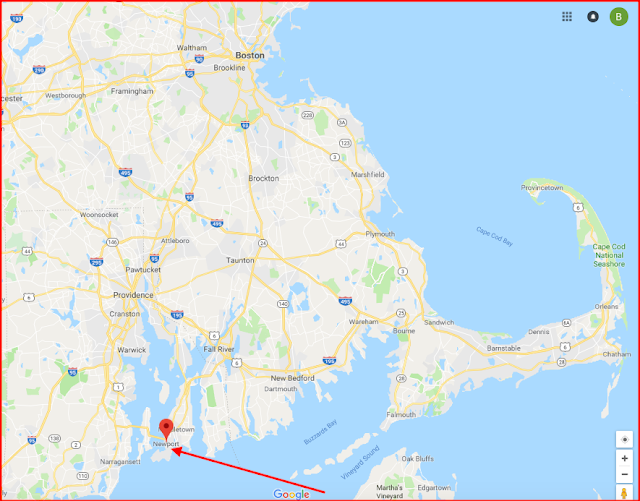 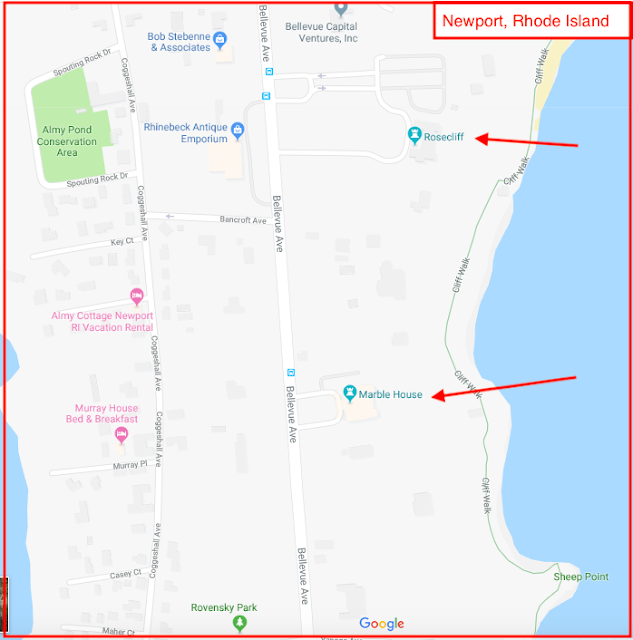 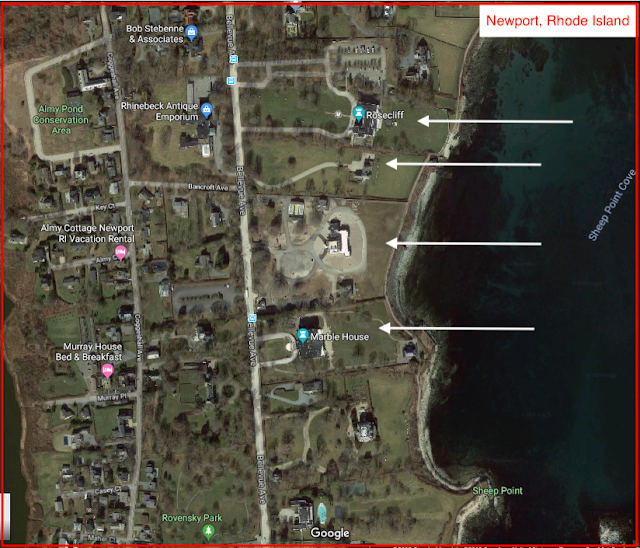 This Is A Pretty Big MIlestone -- Great For Cocktail Chatter At This Weekend's Social Events -- February 13, 2019

A reader points out that the US is now producing upwards of 12 million bbls of crude oil per day. If/when it hits 12 million bopd that should be a fairly important milestone.
Posted by Bruce Oksol at 6:37 PM No comments:

I've been blogging since 2007. I've probably been following the API weekly petroleum report for five or six years. I don't recall a more interesting petroleum report in all those years that the one released today. I posted the summary of that report and my comments earlier. Later, I received a comment from a reader that knows this "stuff" much better than I do. His comments were quite fascinating and I posted them at the original post as an update.

I seldom do this, but the petroleum report was so interesting, and the reader had such interesting comments, I felt compelled to post all of this again so that it is not lost in the clutter.

In addition, see more at focus on fracking.

So here is the re-post:

So I'd have to say Venezuela played a part in that, but there is a seasonal slowdown that typically begins at this time of year as well...

Imports were at a 22-year low (1st week of Jan 1997)...that's pretty amazing, considering hurricanes...however, that goes in the books with a double asterisk; first,Venezuela; second, the Keystone pipeline being shut down...btw, the Keystone was supposed to be supplying some of that heavy crude the refineries were looking for...

Lastly, production topped 12 million bpd this week but "they've been reading my blog" and saw I predicted 12.1 million bpd, and since they couldn't let me front run them, they left production unchanged..


Analysts: price of oil is being driven by OPEC's commitment to cutting production. If so, OPEC cuts are going to have to offset:
I don't see it happening.
Posted by Bruce Oksol at 6:24 PM 2 comments:

I don't follow NGLs pipelines but a reader sent me a link to a press release regarding Targa / Williams today.

I may have this wrong, but if I am reading this correctly, this is what is going on:

1. Williams / ONEOK have a joint venture pipeline carrying NGLs from the Piceance/Powder River region in Wyoming to its (Williams) fractionator in Conway, Kansas: the Overland Pass pipeline.

3. The gap: between northern Texas and Kansas lies another huge play the "STACK" in Oklahoma.

4. The press release today: Targa and Williams will "close" the gap. Williams will build a 188-mile pipeline, the newly named "Bluestone Pipeline," from its NGL hub in Conway, Kansas, to Kingfisher County in Oklahoma. Meanwhile, Targa will build a 110-mile extension from its Grand Prix NGL pipeline in north Texas to Kingfisher County in Oklahoma ("STACK").

6. The good news: the pipelines and extensions are being completed through "oil-friendly" states.

7. Note: this is my understanding of the situation. I do not follow natural gas and NGL pipelines to any great extent. I looked at company presentations very quickly and may have misunderstood/misread something. I do not know much of the geography of the regions/states mentioned above.

8. If this information is important to you, go to the source. Some of the links or sources:

Today, from Goldman Sachs over at oilprice:

Tomorrow, from Goldman Sachs: $20 WTI is more likely than $60 WTI. On the other hand, Saudi Arabia tried destroying US shale back in 2014. We saw how that worked out. Might as well try "shock and awe" OPEC cuts. But I will believe it when I see it.

Half of the long horizontals are in section 9-153-91:
In drilling unit to the south:

So I'd have to say Venezuela played a part in that, but there is a seasonal slowdown that typically begins at this time of year as well...

Imports were at a 22-year low (first week of January 1997)...that's pretty amazing, considering hurricanes...however, that goes in the books with a double asterisk; 1st Venezuela, 2nd the Keystone pipeline being shut down...btw, the Keystone was supposed to be supplying some of that heavy crude the refineries were looking for...

Lastly, production topped 12 million bpd this week but "they've been reading my blog" and saw I predicted 12.1 million bpd, and since they couldn't let me front run them, they left production unchanged..


Analysts: price of oil is being driven by OPEC's commitment to cutting production. If so, OPEC cuts are going to have to offset:
I don't see it happening.


High school senior at age 14 at private school on the Upper West Side of New York City; enters Yale at age 14 or 15 as an undergraduate.

Murray did not find his way immediately to physics, talented as he was in so many subjects. When he applied to the Ivy League graduate schools, he was widely disappointed: Yale -- his alma mater -- would take him only in mathematics; Harvard would take him only if he paid full tuition; and, Princeton would not take him at all.

So he made a half-hearted application to MIT and heard directly back form Victor Weisskopf, whom he had not heard of. Gell-Mann decided to accept Weisskopf's offer, though grudgingly, MIT seemed as lumpen.

The joke he told ever after was that the alternatives did not commute: he could try MIT first and then suicide second, whereas the other ordering would not work.

Some years ago -- not many -- there was another discussion among progressives. That discussion was not addressed by the Green New Deal formulated by Occasional-Cortex.

It will be interesting if anyone can think what that discussion from years ago did not show up in the GND.

Email ThisBlogThis!Share to TwitterShare to FacebookShare to Pinterest
Labels: Production

The other day we were talking about "growth centers" in the US. Now this from the US census bureau: Nevada and Idaho are the nation's fastest growing states. See also this story.


Following Nevada and Idaho for the largest percentage increases in population were Utah (1.9 percent), Arizona (1.7 percent), and Florida and Washington (1.5 percent each).

Re-posting from the other day:

A great link for graphics.

Which word in this group of three does not belong: dilbit; railbit; rarebit. For answer, see this post.

This happened to pop up in discussion with a reader, after stories of socialism in the US. We were discussing what regions, what cities would see an increase in population over the next twenty years. Here were my thoughts:

1. Atlanta, GA, surprises me. Continues to grow and grow and grow.
2. North Carolina is huge growth center.
3. New York wealthy migrate to Florida.
4. Texas: huge. I think that's the real sleeper but I am very, very biased. Mexico will be huge driver for Hispanic growth in Texas.
5. Utah will do very, very well.

Let's see what others have to say:
Spot on! See my list above and compare to map below: 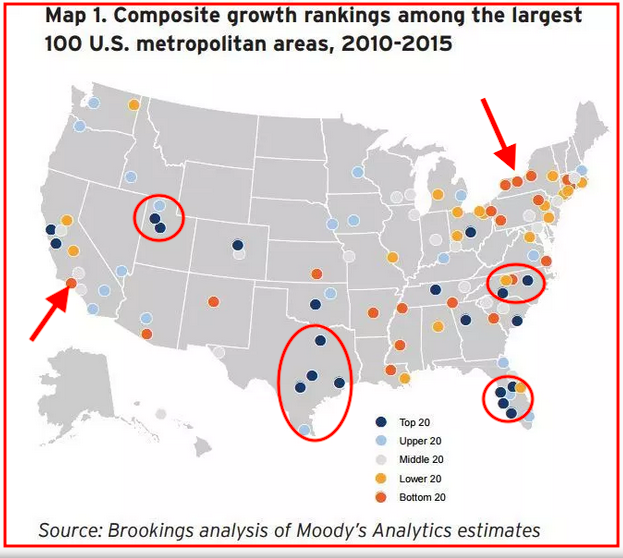 This is a really, really cool map.

When you click on the link, a black-and-white county map of the US will pop up. Across the top, the very last box (toggle US cities) is not highlighted. Be sure to highlight that one.

Put your cursor on any county, say Williams County, North Dakota, click and get the data for county migration. There are numerous ways to toggle; numerous boxes for additional data.

To get a quick idea of what's going on:
New York City? The entire city is moving to Florida (but not to Miami).

Shale: top ten US shale portfolios. From the Rigzone staff -- The full top 10 list, as outlined by Rystad Energy:
From the article:

The total NPV for Chevron’s U.S. shale portfolio is $72 billion, with the company’s acreage in the Permian Delaware alone standing at nearly $60 billion in NPV.

I think this simply incredible considering shale was on nobody's radar scope ten years ago. The numbers could change significantly if we ever see the new USGS survey.

Wells coming off the confidential list today -- Wednesday, February 13, 2019: 49 wells for the month; 152 wells for the quarter
Active rigs:


U.S. crude oil, NGL and gas markets have entered a new era. Exports now dominate the supply/demand equilibrium. These markets simply would not clear at today’s production levels, much less at the flow rates coming over the next few years, if not for access to global markets. This year, the U.S. may export 20-25% of domestic crude production, 15% of natural gas and 40% of NGLs from gas processing, and those percentages will continue to ramp up. What will this massive shift in energy flows mean for U.S. markets, and for that matter, for the rest of the world?