... and I thought I was the only that made these kind of typos: 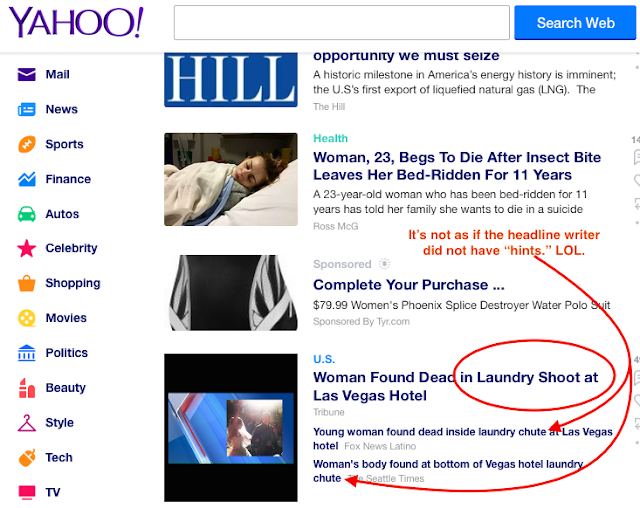 I suppose it's possible some day we will read about a bird found dead at some turkey chute. LOL.

I don't have the energy to draw/drag out this post.

Does anyone ever wonder how a junior senator from Illinois becomes president of the United States literally overnight?

Does anyone wonder why the Jeb Bush supporters are moving their millions of dollars of support to Rubio?

Does anyone wonder why the Democratic establishment loves a felon like Hillary?

Does anyone wonder why the Republican and Democratic establishment is so anti-Trump?

Does anyone doubt that if it comes down to Trump vs Hillary, even establishment GOP will go for Hillary, or if they can't stomach the thought, simply not vote so that Hillary wins because of poor GOP turnout?

Say what you want, humans are pretty much binary in their thinking. Fight or flee. Black or white. Good or bad. Bottom line, profit or loss.

At the end of the day, the establishment only wants the nominee who can be bought.

I can't make this stuff up. From The New York Times:


The paper shows the ocean to be extremely sensitive to small fluctuations in the Earth’s temperature. The researchers found that when the average global temperature fell by a third of a degree Fahrenheit in the Middle Ages, for instance, the surface of the ocean dropped by about three inches in 400 years. When the climate warmed slightly, that trend reversed.

Three inches over 400 years. Fortunately the Arabs were out there measuring sea levels when the western world, as we know it, collapsed.

Sometimes one just gets lucky. This may turn out to be my favorite video of all time.

It's Just a Matter of Time, Randy Travis
Posted by Bruce Oksol at 9:08 PM No comments:

Daily Activity Report Was Not Posted Wednesday But It Appears There Were Ten (10) New Permits -- February 24, 2016

Red Lake will install 15 megawatts—equal to 15 million watts—worth of solar panels across the rooftops of the band’s largest buildings. When they’re done, the panels will generate enough power to light every bulb in the tribe’s three casinos, the tribal college and all government buildings. The ultimate goal is to generate enough solar power on tribal land to supply every home on Red Lake within five years.


Phase II will be the development of solar energy farms on ceded lands up north and will consist of 40 to 100 acres of solar panels that will provide 10 to 20 megawatts of electricity to be sold to the grid, thus producing a steady revenue stream for years to come for the tribe.

The solar array will help Minnesota Power comply with the state’s new solar mandate. It represents a part of the solar power that Minnesota Power needs to add by 2020 under a new law requiring investor-owned electric utilities to get 1.5 percent of their energy from the sun. Coops like Beltrami Electric are not subject to the same mandate.

Phase III will be the development of a solar energy plant that will produce solar equipment for the industry, while providing jobs assembling solar panels for the members of Red Lake Nation.

Eighty percent of phase one will be completed by the end of 2016.

Winkelman estimates the cost at upwards of $20 million.

The band itself will only pay only $100,000 for the project, with the vast majority of costs shouldered by the Olson Energy Corporation, which specializes in shuttling solar developers through the government incentive system.

Olson Energy has developed a financial plan to assist in addressing the financial needs for solar energy development. U.S. tax law provides a variety of benefits to developers and owners of renewable energy projects, since non-taxed entities such as units of government cannot benefit directly from these incentives.


A project to install hundreds of wind turbines in the Fosen peninsula area of Norway at one point was shelved as unfeasible. The strong breezes that whip off the sea can shift and swing unpredictably, while the soaring cliffs and steep drop-offs create turbulence that wears out expensive equipment.

The venture was rescued with a lot of help from the mathematical calculations of Vestas Wind Systems, a Danish wind power company.

Vestas used data to figure out how to use more powerful turbines for the project, and precisely where to place them. That meant the utility developing the facility could buy fewer turbines, helping cut costs and balancing the economics of the $1.2 billion project.
The company is at the forefront of efforts to make wind a competitive source of energy, rather than just a subsidized experiment. In doing so, it has become a model for the renewables industry, which has struggled at times to remain viable while facing cuts to government subsidies and volatile oil and gas prices.


General Electric Co. has ceded its position as the world's No. 1 wind turbine manufacturer to a Chinese competitor, according to 2015 market data compiled by Bloomberg New Energy Finance.

Xinjiang Goldwind Science & Technology Co. Ltd. received orders for 7.8 gigawatts of new wind turbines in 2015, exceeding GE, which dropped to No. 3 globally with 5.9 GW of new commissioned capacity, according to BNEF. Vestas Wind Systems A/S of Denmark attracted 7.3 GW of new orders in 2015, solidifying its No. 2 ranking in the global supply chain.

While Goldwind maintains a North American headquarters in Chicago and has provided turbines to several U.S. wind farms, BNEF said that almost all of the company's recent growth was in the Chinese market, where wind power developers are riding an unprecedented boom. About 29 GW of new capacity came online in China last year alone.

David Halligan, CEO of Goldwind Americas, said Goldwind is pleased to be at the forefront of a global wind market that "is growing at an exponential rate."